Lee Jin Wook will be starring as Seo Joon Hyung, the smitten groom-to-be who is happy to yield to his fiancée’s every command. He is honest in the face of love, and he also has an optimistic personality. As Seo Joon Hyung, Lee Jin Wook impressed with his loving and adorable nature as a passionate lover with his sweet smile.

Lee Yeon Hee will be taking on the role of the lovable bride-to-be Kim Na Eun who is affectionate and full of laughter but also sharp when working. Sometimes, she takes people aback when she gets lost in her thoughts, but she is a well-loved person with a grounded personality. The actress captivated on set with her expressive and immersive acting.

At the script reading, Lee Jin Wook recited the line, “Since marriage is a once-time event, I prefer a grand and splendid hotel wedding.” While playing her character, Lee Yeon Hee stated, “It’s enough if the traffic is convenient, the food is delicious, and the [wedding] hall is suitable,” highlighting their characters’ contrasting personalities.

Lee Jin Wook explained, “There are parts [about marriage] I only imagined, but these are very difficult problems that aren’t easy.” Lee Yeon Hee commented, “I understand the aspects of conflict [between the couple] very well.” 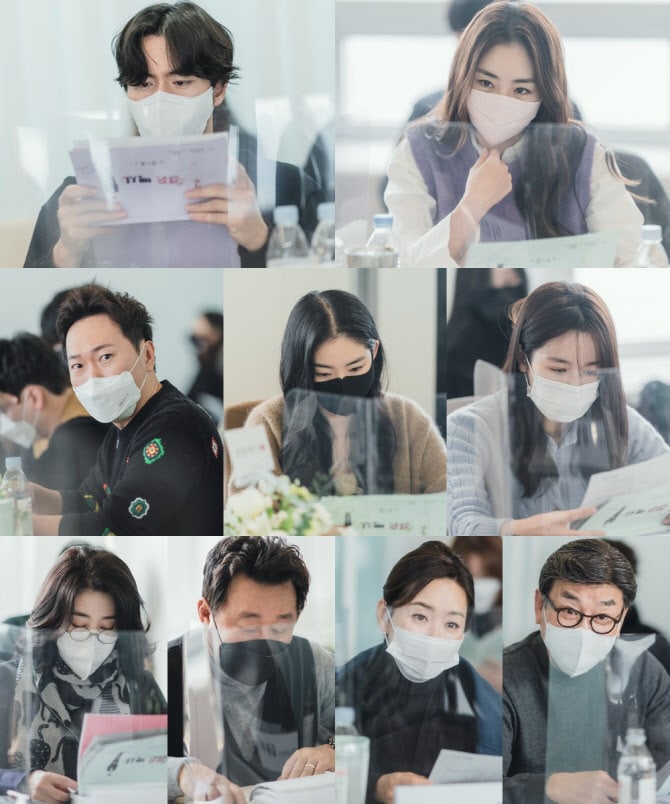 After the script reading, all the actors agreed that marriage never turns out exactly the way one expects. The production team remarked that the drama will be relatable to people who are or have been married or are planning marriage in the near future. While praising the actors for bringing the characters to life, they added, “Please anticipate and take interest in ‘Marriage White Paper’ and whether Joon Hyung and Na Eun will be able to make it to the finish line of marriage after going through all steps of the process.”

“Marriage White Paper” will have 12 episodes which are around 30 minutes long. The drama is currently in the process of filming, and it will air via KakaoTV in the first half of this year.

Watch a video of the script reading below: