Jun So Min, Yum Jung Ah, And Kim Jae Hwa Are “Cleaning Up” In Every Sense Of The Word In New Remake Of British Drama

JTBC’s upcoming drama “Cleaning Up” has unveiled its first poster!

A remake of the British television series of the same name, “Cleaning Up” will tell the story of three cleaners at a securities firm that attempt to forge a new destiny for themselves after accidentally overhearing some key information about insider trading.

In what marks her first drama role since starring in the hit series “SKY Castle,” Yum Jung Ah will be playing Eo Yong Mi, the hardworking mother of two young daughters, who bears a huge sense of responsibility as her family’s breadwinner. Jun So Min will star as Eo Yong Mi’s younger co-worker Ahn In Kyung, who is working towards her dream of saving up enough money to open her own moving café with a food truck, while Kim Jae Hwa will play Meng Soo Ja, a resourceful and deceptively charming cleaner who can befriend anyone who might be of use to her.

The newly released poster hints at the three women’s dangerous ambitions as they plunge headfirst into the dark world of insider trading. As they aim a vacuum cleaner at a pile of cash, the caption playfully reads, “With the skills they used to sweep the floor, they’ll be sweeping up every last bit of stock info.” 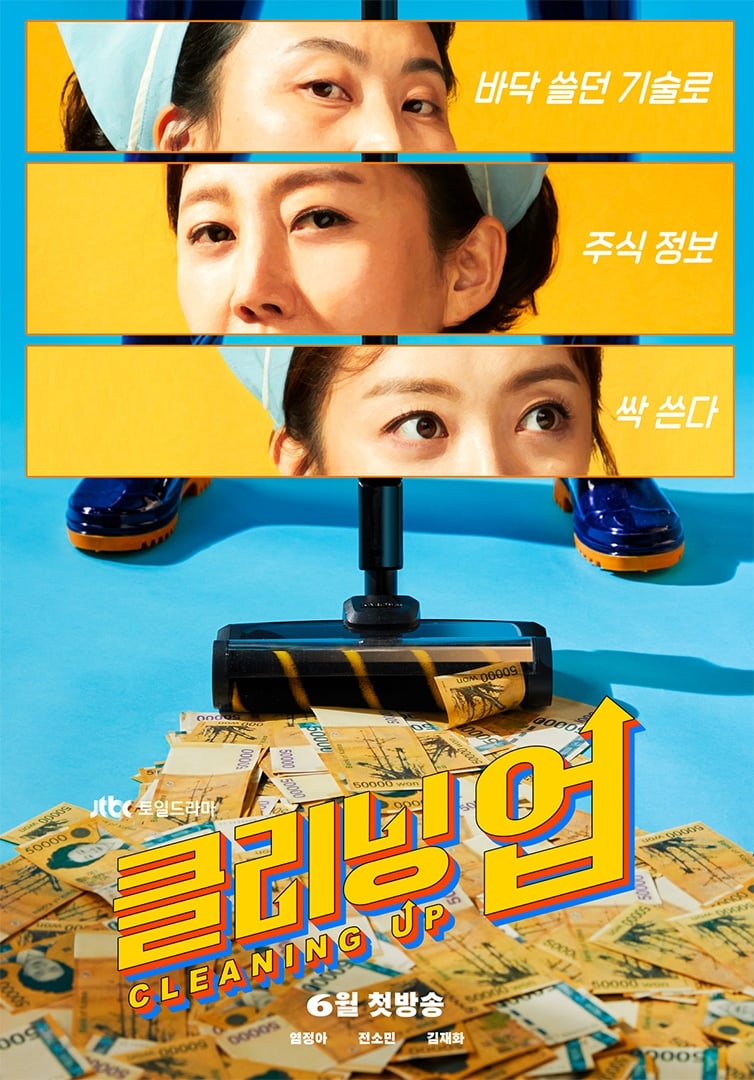 The producers of “Cleaning Up” teased, “This June, cleaners Yong Mi, In Kyung, and Soo Ja will use their know-how from sweeping floors to hatch a scheme to change their lives. With a toilet plunger in one hand as their spear and desperation in the other hand as their shield, the three women will jump into a stock war that no one can predict. Please look forward to finding out if they will be able to hit the upper limit price of life.”

“Cleaning Up” will premiere in June, taking over the time slot currently occupied by “My Liberation Notes.”

In the meantime, watch Jun So Min in her previous drama “Show Window: The Queen’s House” here…

…and Kim Jae Hwa in “Escape from Mogadishu” below!