“Love (ft. Marriage and Divorce) 3” has shared a sneak peek of the upcoming episode!

The newly released stills depict a tender moment between Lee Si Eun and Seo Ban. The two are in their bedroom alone, and they are sitting across from each other. The preview of the upcoming episode showed Seo Ban worrying about Lee Si Eun because his father seemed to be showing favoritism towards Sa Pi Young. On the other hand, Lee Si Eun tried to calmly and maturely accept the situation with a smile by saying that it’s because Sa Pi Young is young. Will Seo Ban learn about Lee Si Eun’s pregnancy, and will there be a crack between the Seo brothers because of their father’s behavior? 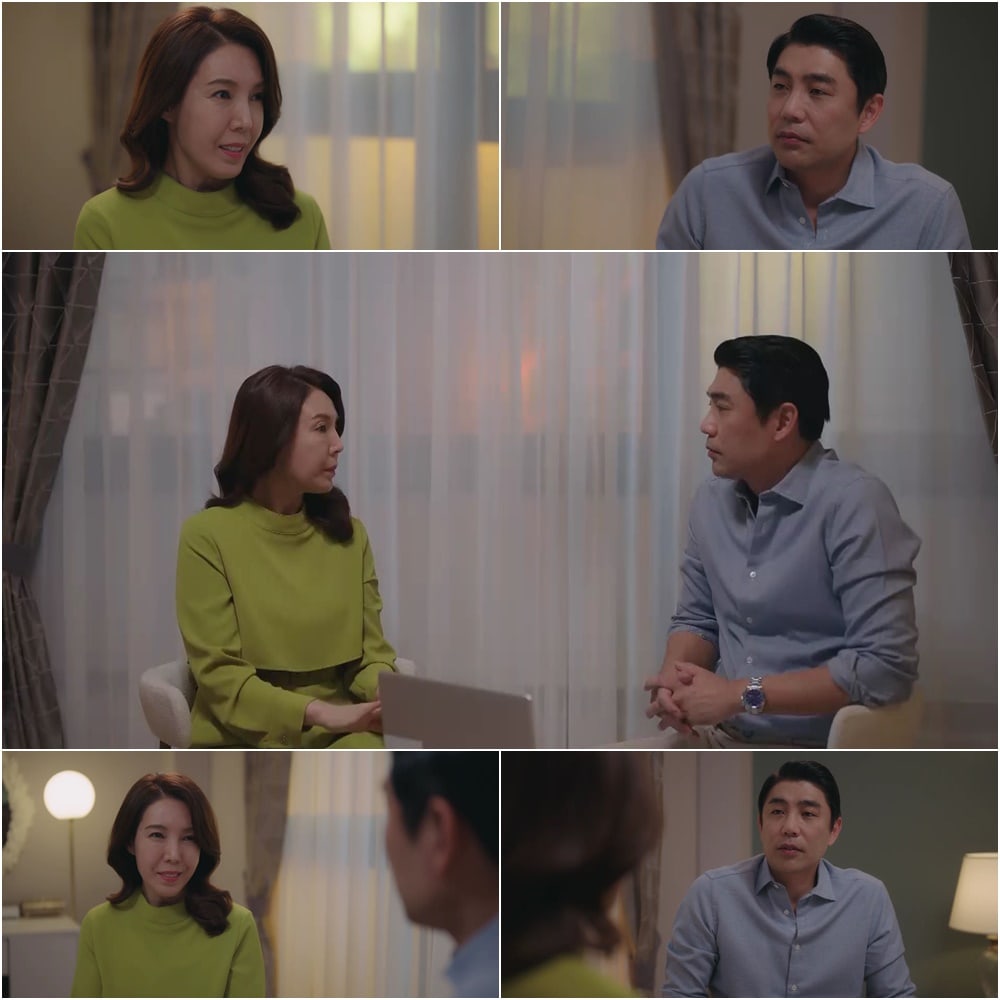 This scene was filmed in April, and Jun Soo Kyung and Moon Sung Ho, who are receiving enthusiastic responses from the viewers, showed their passion to create this scene. Jun Soo Kyung sincerely praised him for smoothly relaying his lines, and Moon Sung Ho acted realistically even when he wasn’t being filmed so that her charms could shine as much as possible. The production team thanked the viewers for showing their support to the Lee Si Eun and Seo Ban couple, who is in charge of warmth in the drama’s turbulent plot.

In the meantime, check out Jun Soo Kyung in the drama “Melting Me Softly“: