In the previous episode, Ahn Dae Sung tried to find a connection between the incorrectly delivered grocery items and the murder case, attempting to find the culprit by looking for a customer who bought the same items at his mother’s supermarket MS Mart. Near the end of the episode, Ahn Dae Sung shockingly discovered that Oh Cheon Won (Jang Won Young), a criminal he had caught for counterfeit money in the past, was pretending to be an elderly man with Alzheimer’s. Viewers are curious to find out if he could be the man behind the murder case.

The new stills depict Ahn Dae Sung struggling to find evidence of the murder case. In particular, he is suspicious of Saeng Sun (Park Ji Bin) who is in charge of the seafood corner at MS Mart. Ahn Dae Sung shoots Saeng Sun a suspicious gaze after discovering something on his shopping list. 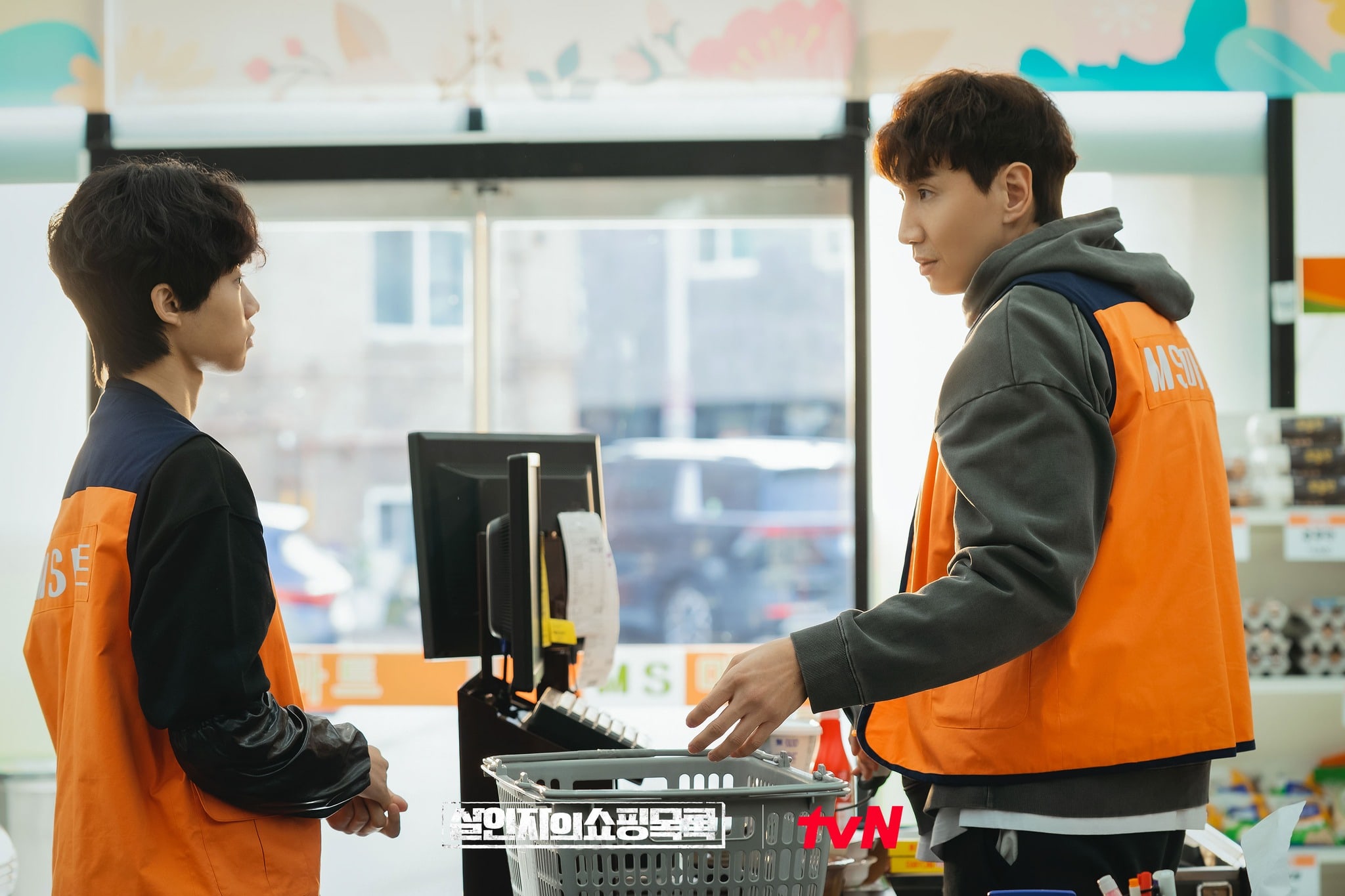 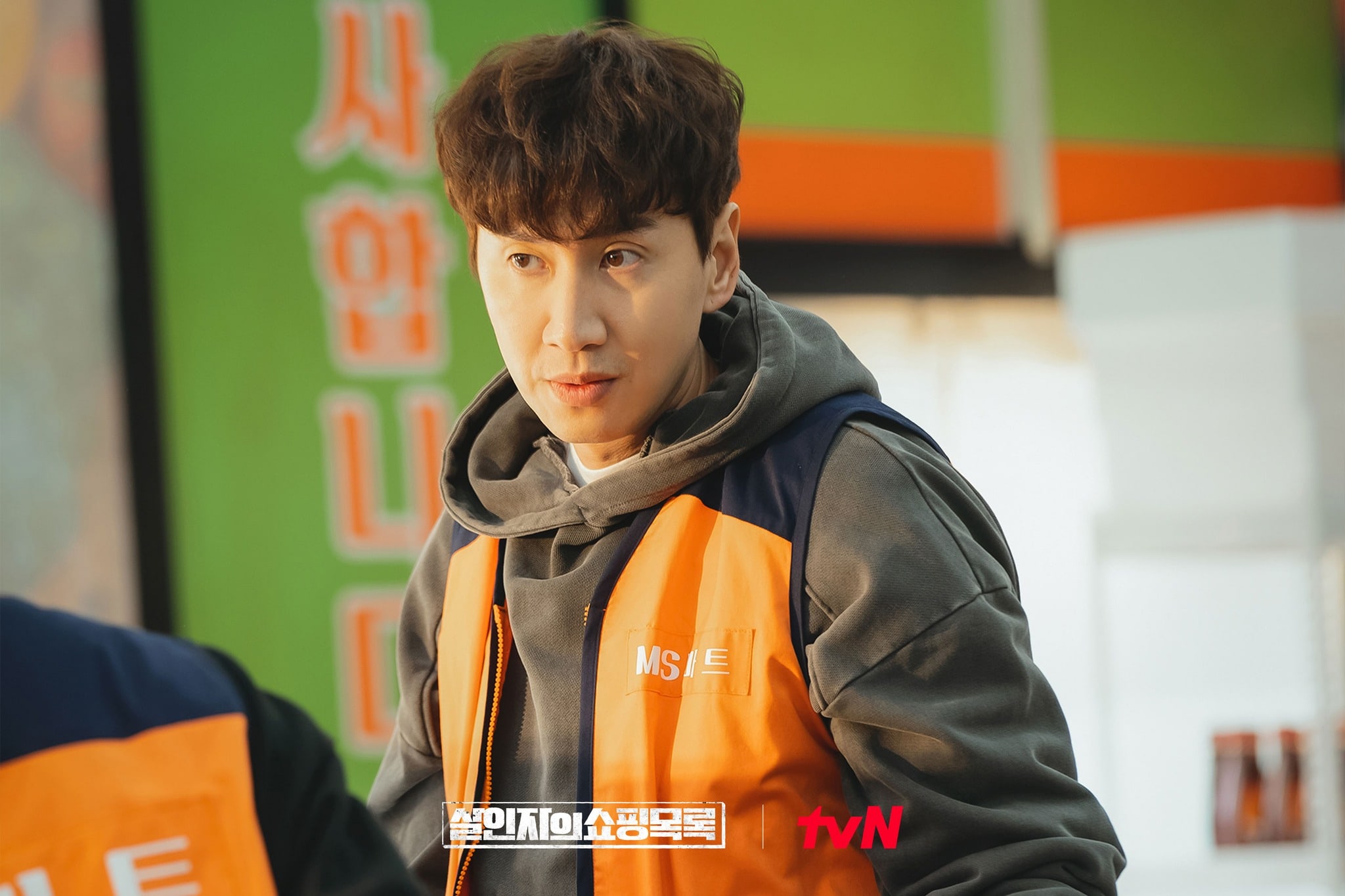 Another photo captures the customers giving all their attention to Saeng Sun. Wearing eye-catching sunglasses, Saeng Sun charmingly calls the customers over to his corner. Despite concerns about him having three previous convictions, Saeng Sun will showcase exceptional skills at making sales, even with Ahn Dae Sung’s wary gaze on him. 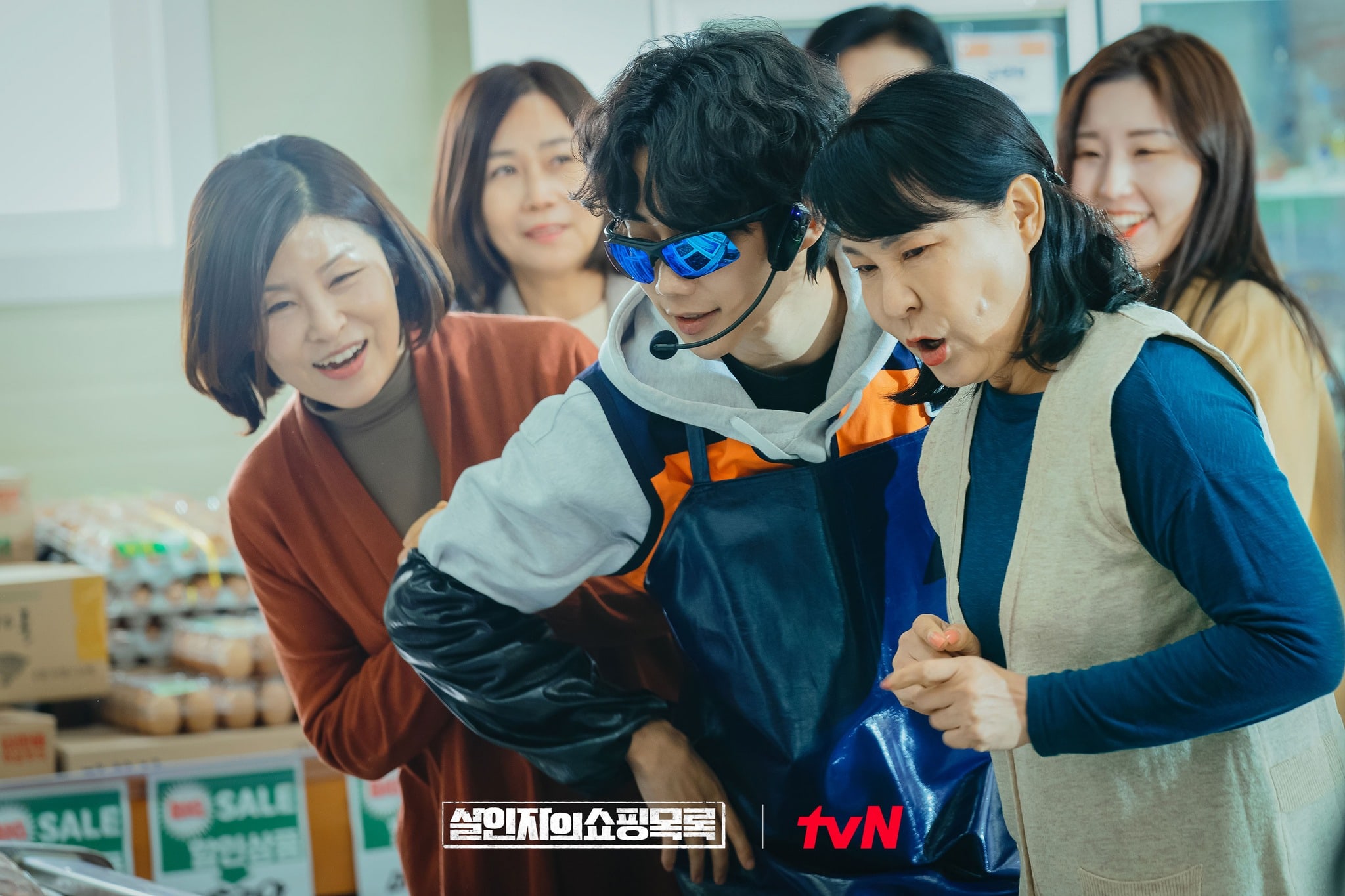 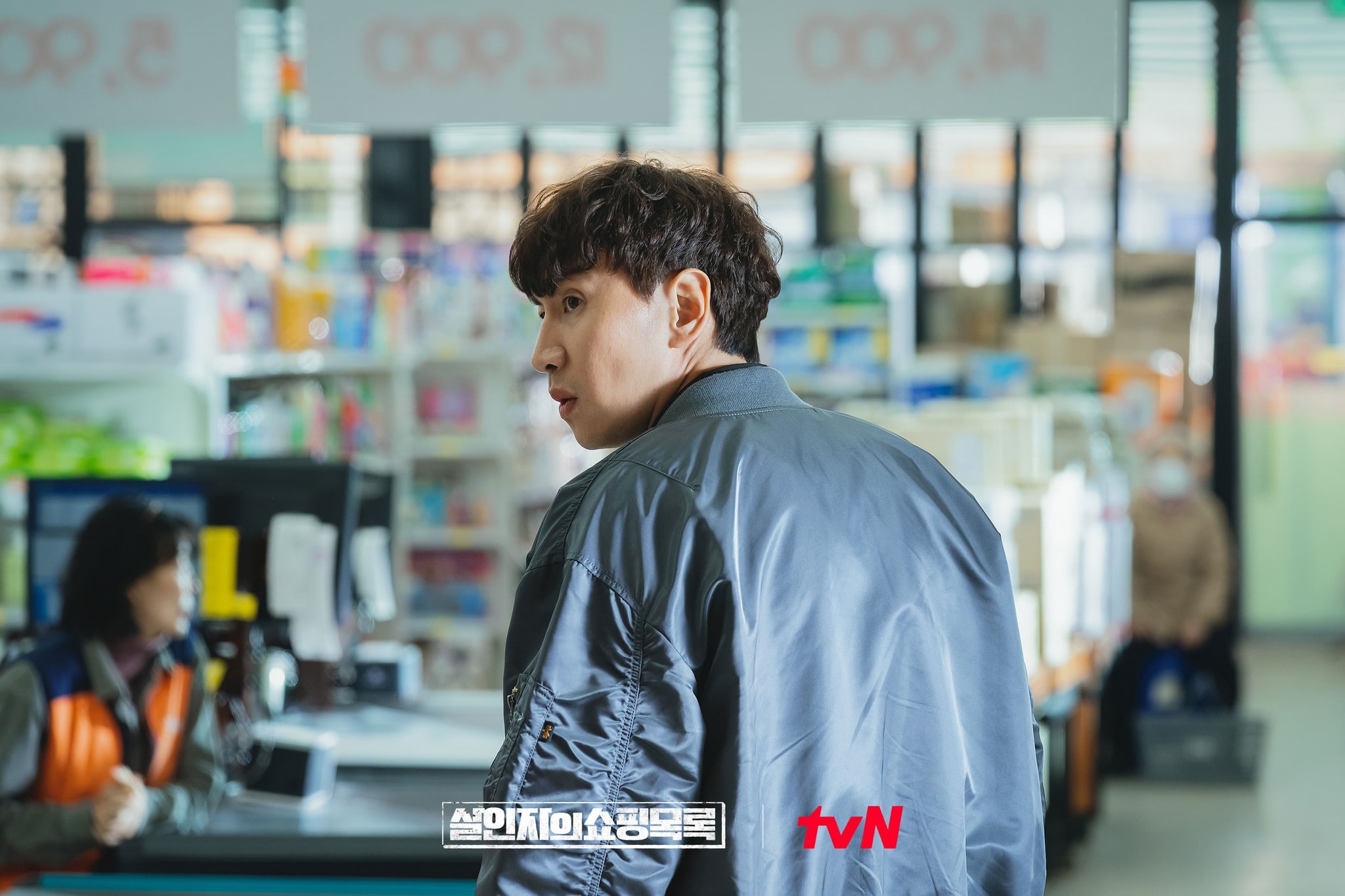 More stills also reveal Ahn Dae Sung and Do Ah Hee secretly chasing after someone at night. Do Ah Hee shows a professional side as she quietly hides behind a building while keeping a close eye on the target, while Ahn Dae Sung does a not-so-perfect job at camouflaging with an inflatable balloon. Ahn Dae Sung hilariously raises his two arms up to follow the movements of the balloon in a clumsy way, but his gaze remains sharp and attentive. The two are chasing after someone who appears to be a young attractive woman with long hair, raising questions about Ahn Dae Sung and Do Ah Hee’s objective and whether their target could be related to the murder case. 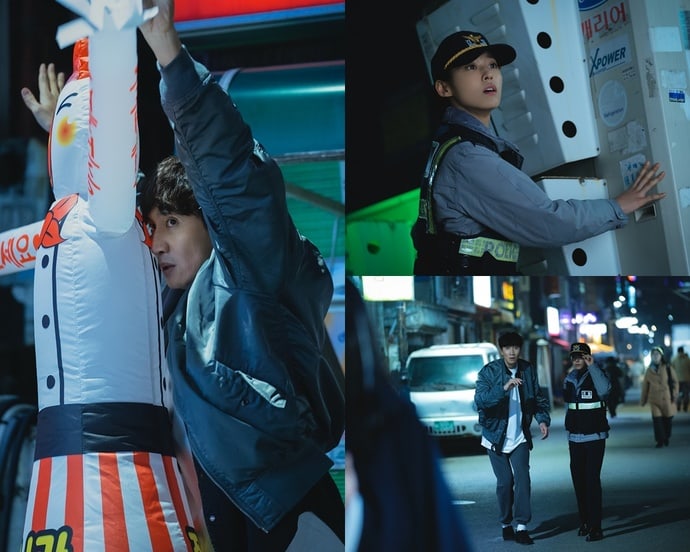 The production team shared, “In the May 4 broadcast, a shocking secret regarding the murder case suspect will be revealed.”