(G)I-DLE’s Jeon Soyeon surprised the hosts of “Radio Star” with the unexpected way the group prepares for their “TOMBOY” performances!

On the May 4 episode of the MBC variety show, Jeon Soyeon appeared as a guest alongside fellow singers PSY, Sung Si Kyung, and Lee Seung Yoon.

Bringing up the massive success of (G)I-DLE’s latest hit “TOMBOY,” which was co-composed by Jeon Soyeon herself, the MCs asked if she had expected the song to be such a hit. Jeon Soyeon responded by revealing that she had actually played the demo of the song for PSY, back when it was still in its earliest stages.

“[PSY] told me, ‘This is good. I think this will be a hit,'” recalled Jeon Soyeon. “I gained a lot of strength from hearing him say that, and so I brought the song to the company [as a potential title track]. The company always gathers potential title tracks from other producers aside from my own songs, but as soon as they heard [‘TOMBOY’], they said, ‘Soyeon, I don’t think we’ll need to listen to any other songs. I think this is it.'” 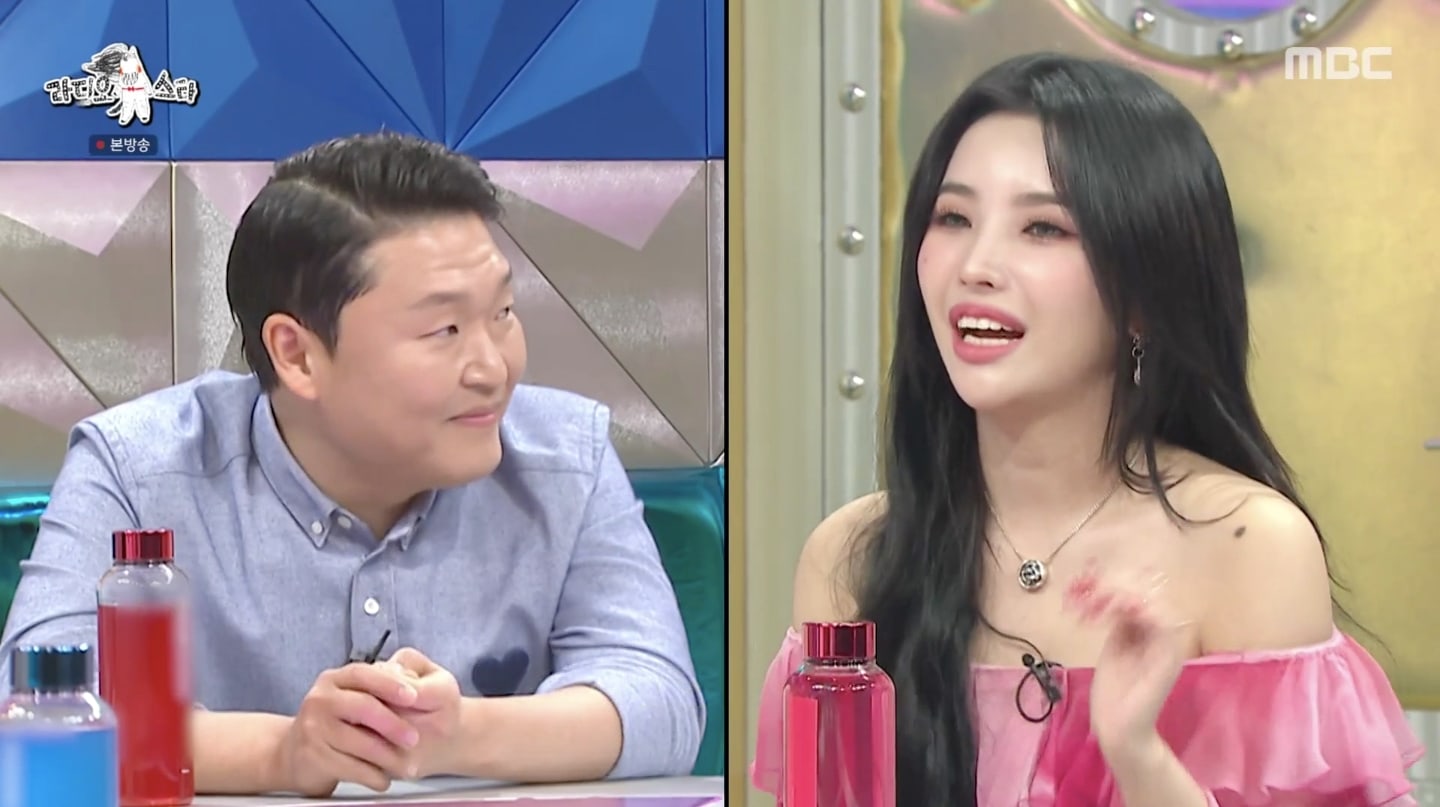 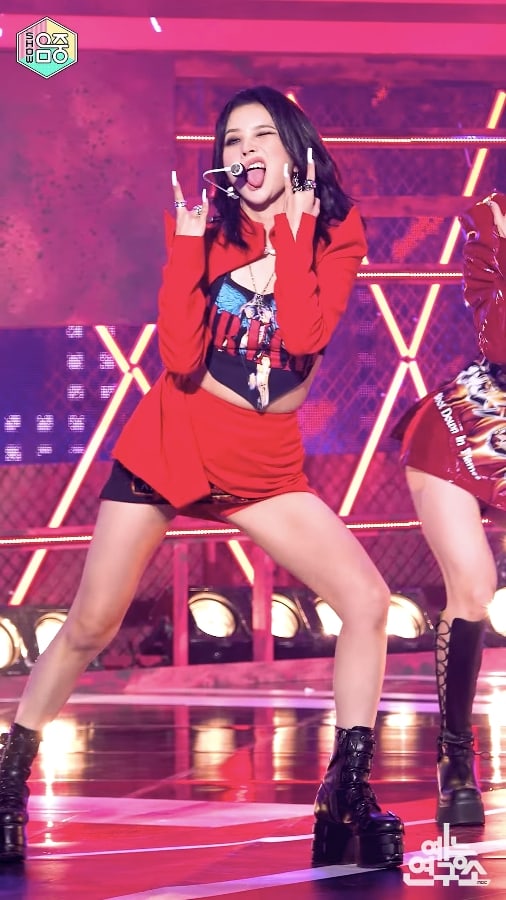 Jeon Soyeon then shared that because the (G)I-DLE members stick out their tongues during part of the choreography for “TOMBOY,” they always make sure to coat their tongues with bright red candy before going on stage.

“Our choreography involves sticking our tongues out, but because the stage lighting is so bright and white, our tongues always end up looking white on camera, no matter how carefully we use a tongue cleaner beforehand,” she explained. “So 10 minutes before we go on stage, we always use a lollipop that stains [our mouths] bright red, and we dye our tongues with it as if we’re brushing our teeth.”

“[The stain] gives us confidence,” continued Jeon Soyeon. “So if you look at my fancams, there are occasionally times when I only stick out my tongue [a little and bite it] like this. Those are the times when I forgot to use the candy before going on stage.” 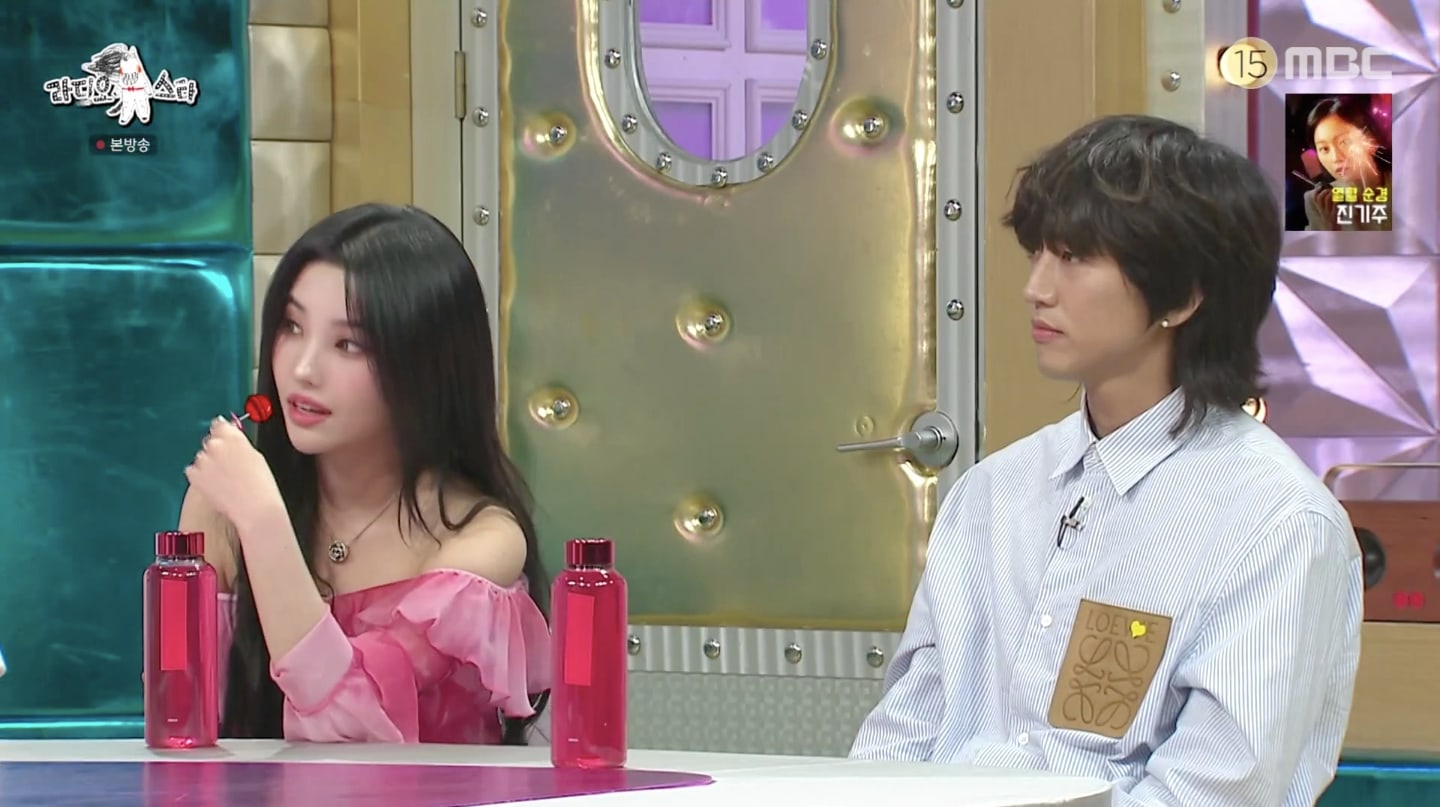 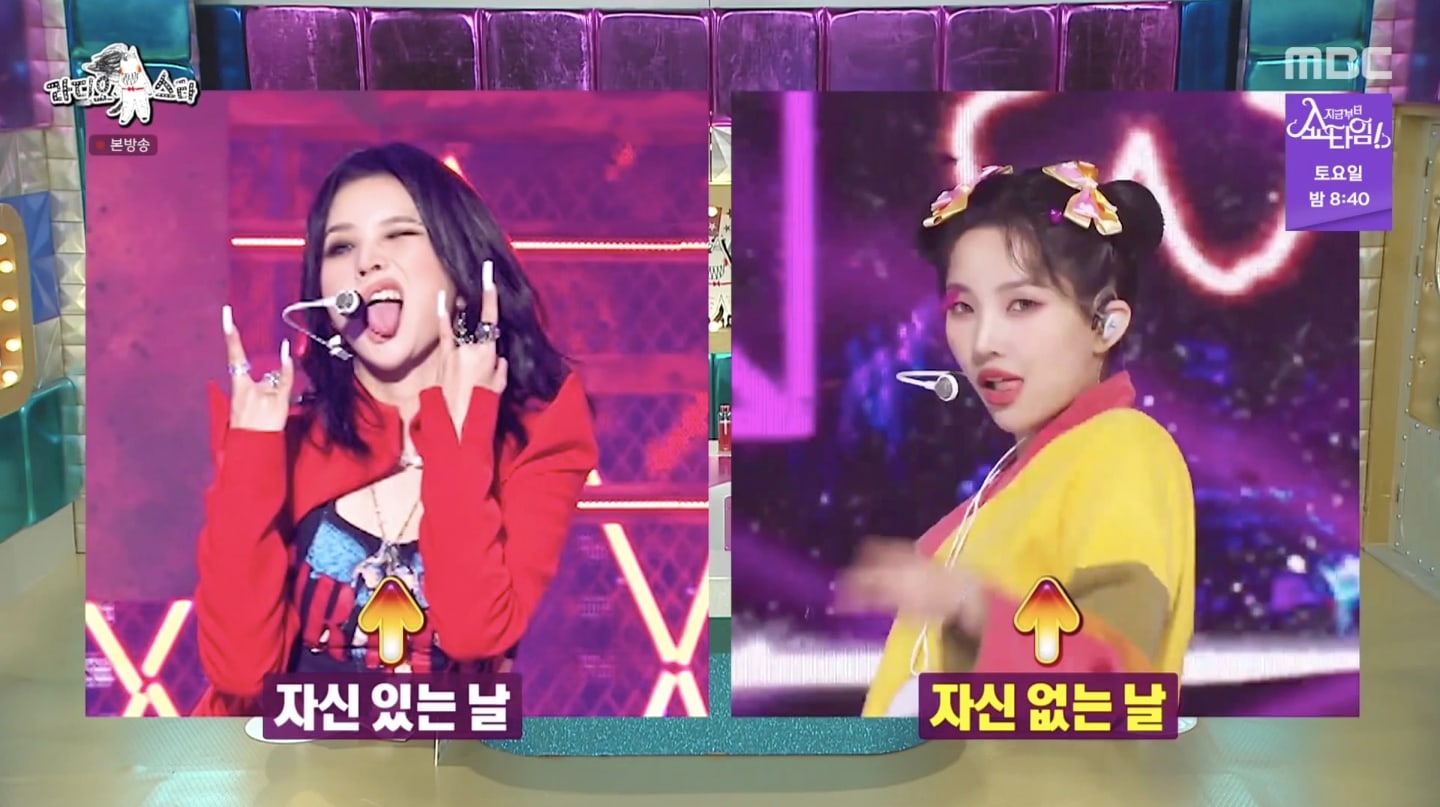 Watch full episodes of “Radio Star” with English subtitles below!

(G)I-DLE
PSY
Radio Star
Jeon Soyeon
How does this article make you feel?