A remake of the hit American show “Jane the Virgin” (which was itself based on a Venezuelan telenovela), “Woori the Virgin” tells the story of a woman named Oh Woo Ri who has been strictly maintaining her chastity before marriage but winds up pregnant after an accidental artificial insemination during a medical exam. Im Soo Hyang will star as the titular Woo Ri, while Sung Hoon will play Raphael, the CEO of a large company and the biological father of Woo Ri’s child.

On May 6, “Woori the Virgin” released a new character chart capturing the relationship between the characters. First, the chart highlights the complicated love triangle between Oh Woo Ri, Raphael, and Lee Kang Jae (Shin Dong Wook). Oh Woo Ri is an assistant screenwriter who has been dating violent crimes detective Lee Kang Jae for two years. Oh Woo Ri is also linked to Raphael who is surprisingly described to be her first kiss. Raphael’s wife Lee Ma Ri (Hong Ji Yoon) is a beautiful con artist whose life is all a lie except her face. The drama will capture the twists and turns that will unfold after Oh Woo Ri becomes unexpectedly pregnant with Raphael’s child.

The chart also puts the spotlight on Oh Woo Ri’s family. Seo Gwi Nyeo (Yeon Woon Kyung) raised her daughter Oh Eun Ran (Hong Eun Hee) all on her own, and Oh Eun Ran also raised Oh Woo Ri on her own at a young age after giving up her dreams of becoming a singer. Seo Gwi Nyeo raised Oh Woo Ri strictly, hoping that her granddaughter doesn’t follow the same path she has. Furthermore, Oh Woo Ri’s father Choi Sung Il (Kim Soo Ro) will reappear in their lives for the first time in 29 years, adding more chaos to the story. 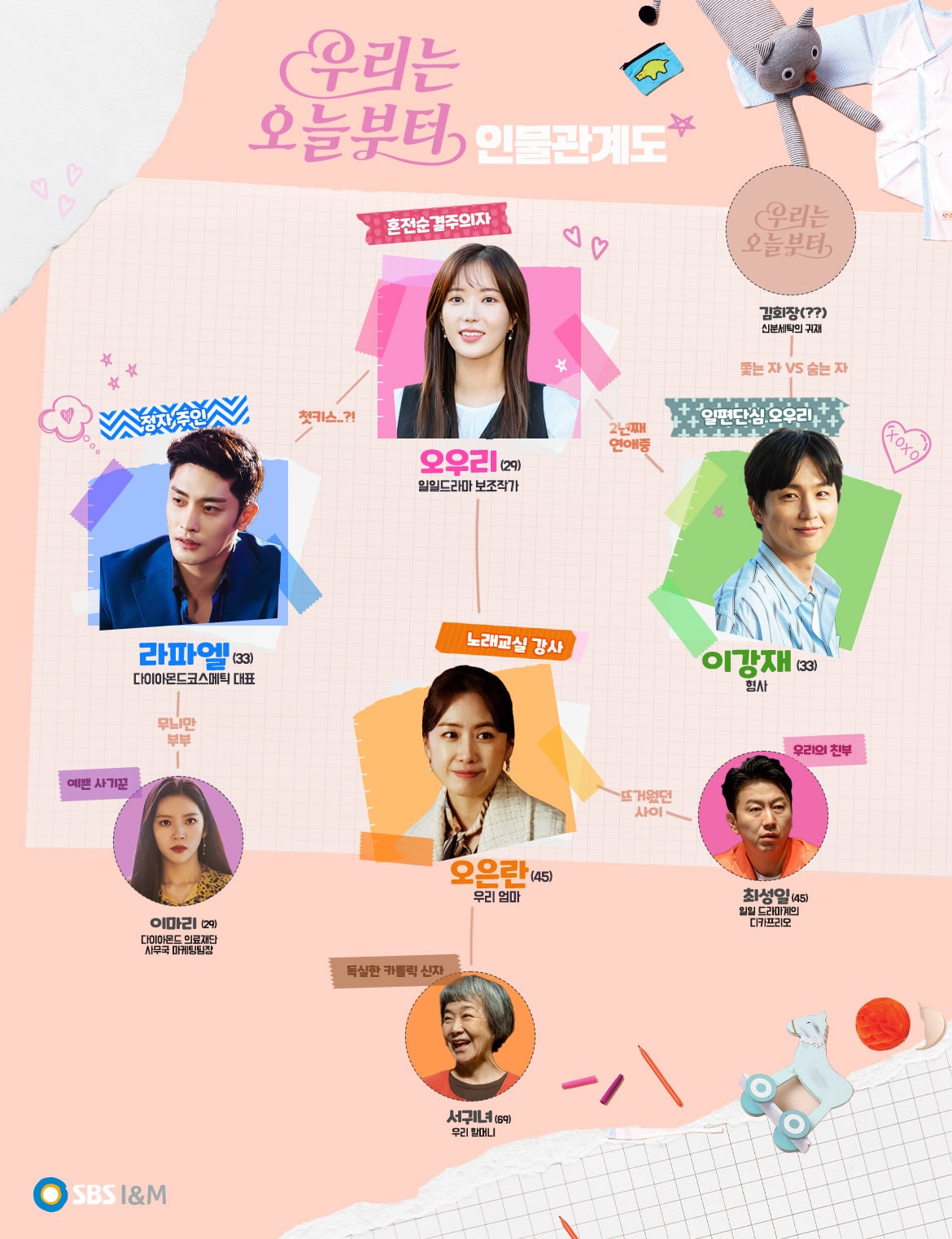 The production team shared, “With the focus on Oh Woo Ri, who is pregnant with Raphael’s child, the drama will deliver diverse stories through each episode and talented acting from actors who are perfectly immersed into their characters. All the actors and staff poured in their hearts and souls while worrying about creating [a drama] that will make viewers laugh and feel touched through the small screen. Please show lots of interest and anticipation for ‘Woori the Virgin,’ which will be unveiled soon.”

Check out another teaser on Viki below: