The cast are all smiles behind the scenes of tvN’s “The Killer’s Shopping List”!

The making-of video gives viewers a glance behind the scenes of episodes 3 and 4, beginning with a hilarious bubble gun mishap. Lee Kwang Soo attempts to shoot a blue bubble gun as he protects Seolhyun from the culprit, but drops the prop during his first attempt. During a subsequent attempt, he then pulls it out of his pocket facing the wrong way and ends up shooting bubbles into his own face.

Seolhyun turns to the camera and says, “It was so hard to hold in my laughter,” as she pats her face to calm down. When the director mentions the blue light that shone on Lee Kwang Soo’s face, Seolhyun begins laughing again, clearly not tiring of the hilarious moment. Matters only end up worse after the next take, where Lee Kwang Soo raises the bubble gun and declares, “It broke!” Seolhyun is on the verge of tears from laughing as she says, “I think I’m going to laugh just looking at his face.” 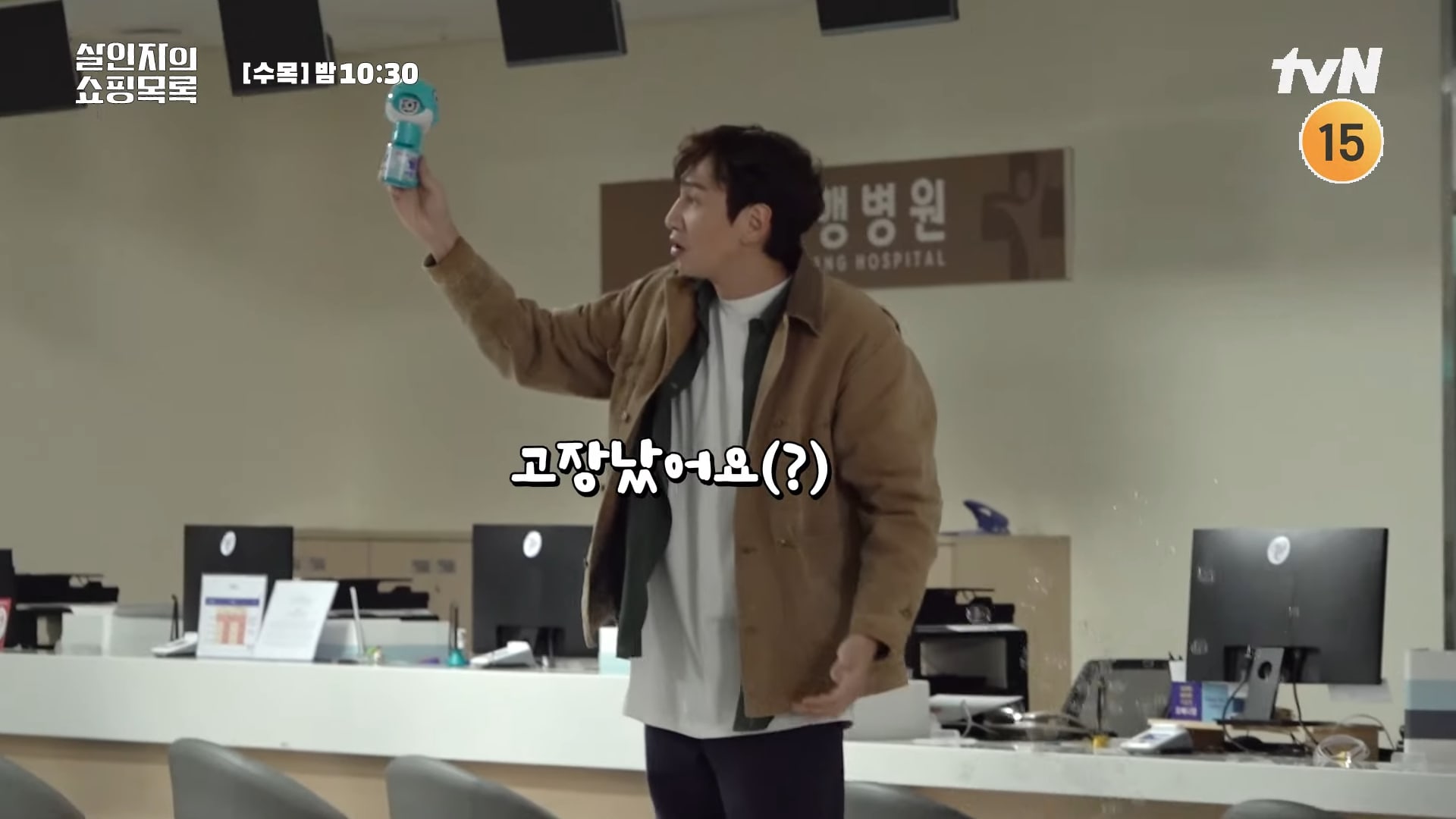 Next, Lee Kwang Soo pours his heart and soul into his scenes at the site of the civil service exam as he falls out of his chair in a painfully realistic way. Later on, Park Ji Bin becomes the star of the neighborhood mart as he puts on his sunglasses in a hilariously cool way, proving how much he prepared for the scene. He delivers his marketing pitch for the fresh fish with practiced ease, later explaining to the camera, “These days there’s a lot of things that are posted as videos, so I work hard to search for those. I’m not sure how it’ll turn out, though.”

After night falls, Lee Kwang Soo and Seolhyun practice hide-and-seek, with Seolhyun pushing him away so that he falls and runs to hide behind a balloon man, mimicking its waving movements. Seolhyun watches the spectacle from off-camera, holding her hand in front of her mouth to keep from laughing out loud.

“The Killer’s Shopping List” airs every Wednesday and Thursday at 10:30 p.m. KST.

Check out the drama with English subtitles below: