After WINNER’s Kang Seung Yoon made history on MBC’s “The King of Mask Singer,” one big thing changed for him at his agency YG Entertainment!

Back in 2020, Kang Seung Yoon set more than one record on the popular singing competition “The King of Mask Singer,” where he became the show’s youngest champion at the time—and the first idol to win the crown six consecutive times.

On the May 7 episode of the JTBC variety show “Knowing Bros” (also known as “Ask Us Anything”), the cast members brought up Kang Seung Yoon’s impressive winning streak on the music program. Lee Sang Min, who had been in the audience as a panelist for Kang Seung Yoon’s first win, recalled that he had been so moved by the idol’s singing that he had nearly cried.

Seo Jang Hoon then asked, “Did your agency start treating you differently after you won ‘The King of Mask Singer’?”

Kang Seung Yoon responded by revealing that he had earned artistic freedom through his many wins on the show.

“When singers are recording, someone typically directs them from outside,” he explained. “But I no longer receive [vocal] direction while recording. I can just go into the studio and sing however I want. No one at the agency interferes when I’m recording or producing music.” 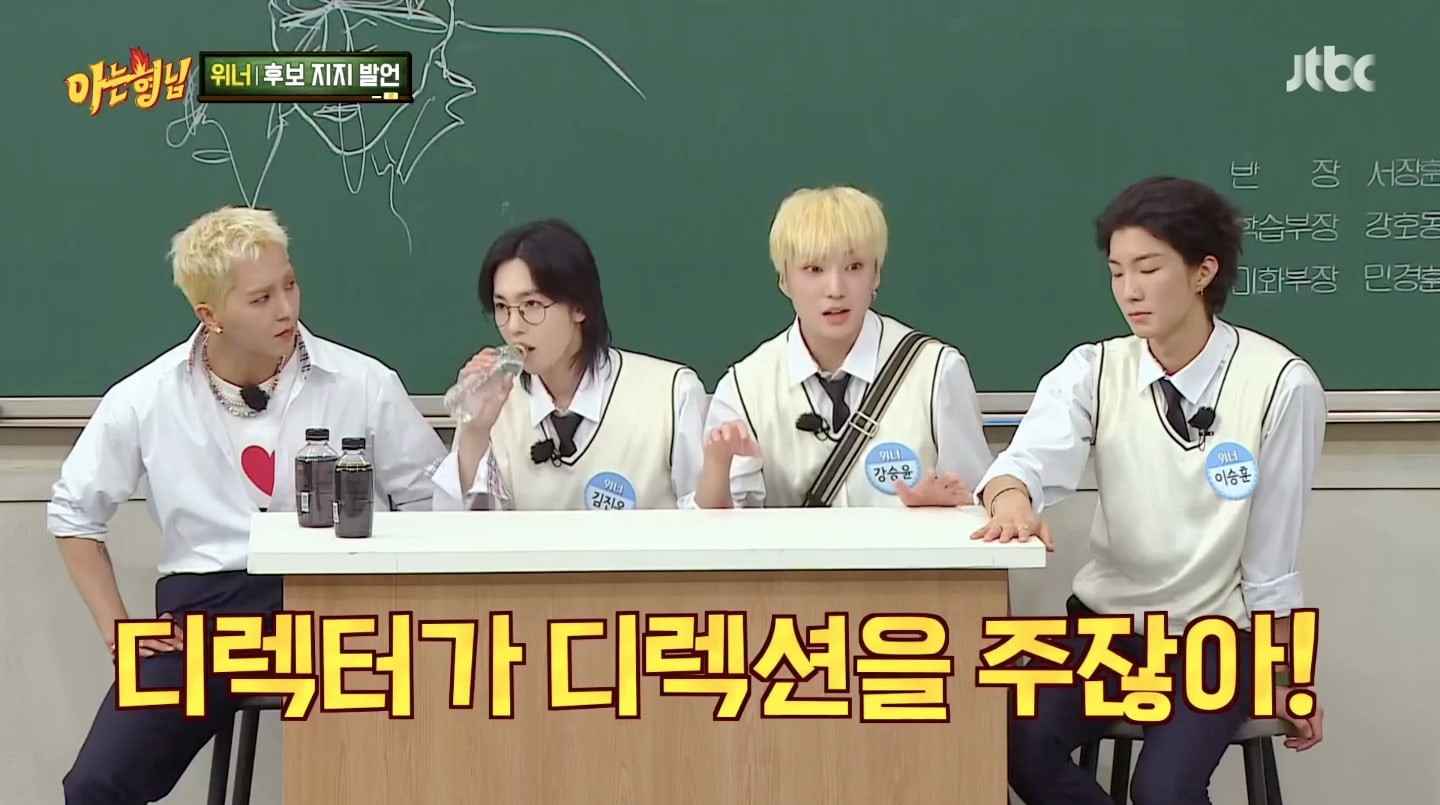 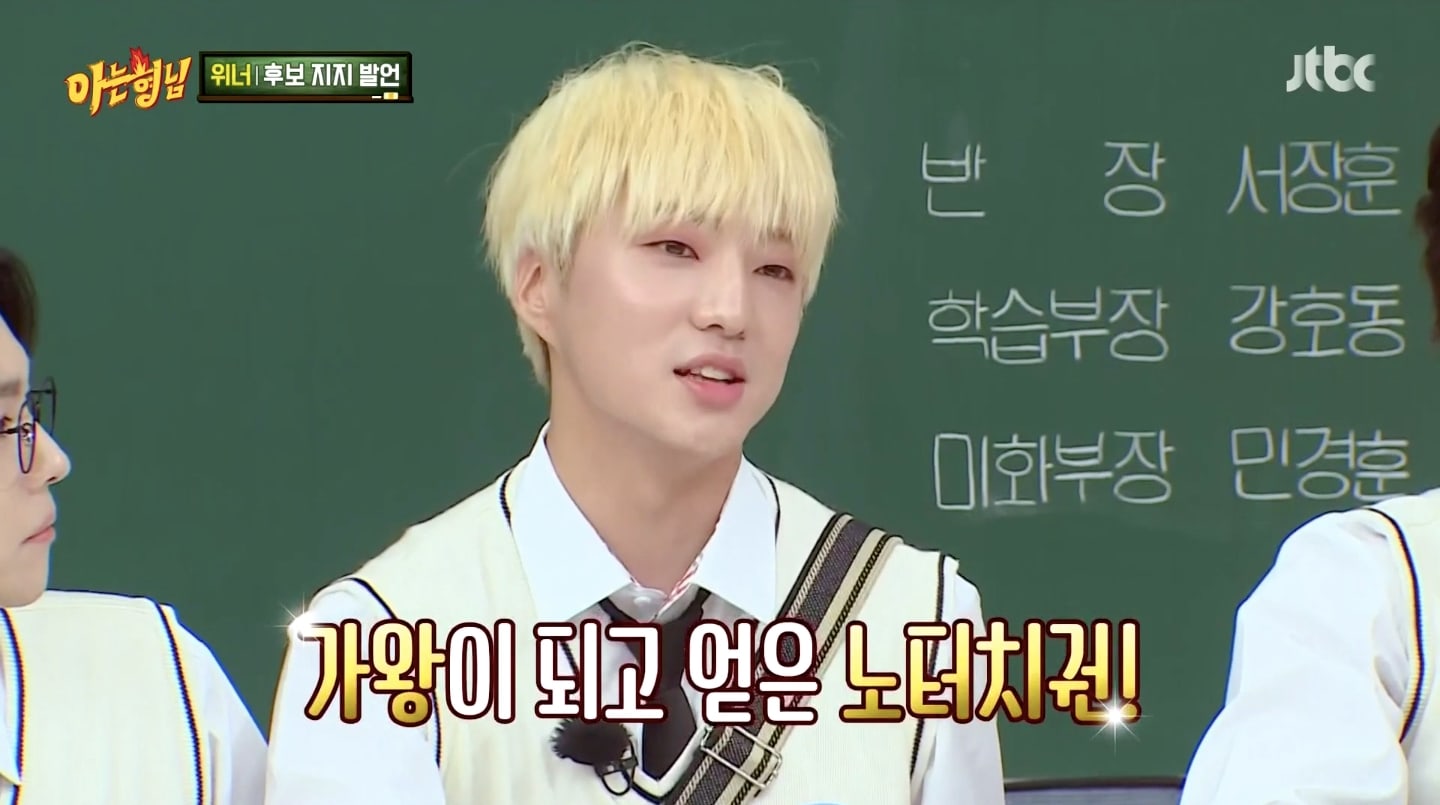 In order to showcase his kingly vocals, Kang Seung Yoon went on to perform his concert version of his famous cover of Yoon Jong Shin‘s “Instinctively,” in addition to joining his bandmates for a medley of several of WINNER’s greatest hits.

Check out clips of both performances below!

…and “The King of Mask Singer” below!

WINNER
Knowing Bros
Kang Seung Yoon
The King of Mask Singer
How does this article make you feel?