On May 17, the actress shared videos on her Instagram Stories of a coffee truck sent by Lee Dong Wook for the cast and crew of her upcoming film “Spiderweb” (literal translation).

“Spiderweb” is set in the 1970s and centers around Director Kim, (Song Kang Ho) who is pressured to re-shoot the ending of a finished movie called “Spiderweb.” As the re-shoot begins, he faces pressure from the censorship authorities and confusion from the actors and producers who don’t understand the new script. Im Soo Jung has been cast as veteran actress Lee Min Ja who stars in the movie.

The banners on the coffee truck shows Lee Dong Wook’s support for the cast and crew of the movie, and he asks them to “keep it up until the end.” 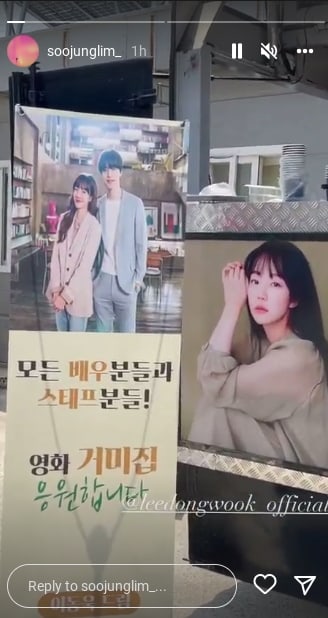 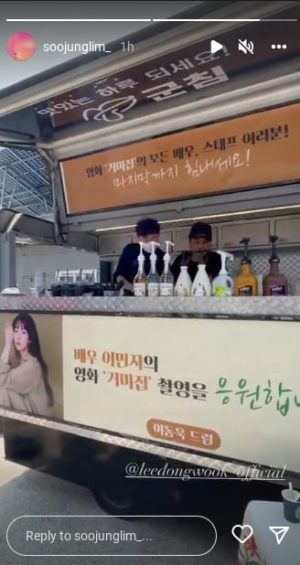 Im Soo Jung and Lee Dong Wook are labelmates who previously worked together in the film “Single in Seoul” (literal title). Before that, Lee Dong Wook made a special appearance in Im Soo Jung’s drama “Search: WWW” as her character’s ex-boyfriend.

Lee Dong Wook
Im Soo Jung
How does this article make you feel?