Gaon Chart has revealed its chart rankings for the week of May 8 to 14!

TXT topped this week’s physical album chart with their new mini album “minisode 2: Thursday’s Child,” which debuted at No. 1.

iKON’s new mini album “FLASHBACK” entered the chart at No. 2, while Hwang Chi Yeol’s “Be My Side” debuted at No. 3.

Meanwhile, DKZ (formerly known as DONGKIZ)’s “CHASE EPISODE 2. MAUM” and (G)I-DLE’s Miyeon’s first solo album “MY” climbed back up the chart to No. 4 and No. 5 respectively. 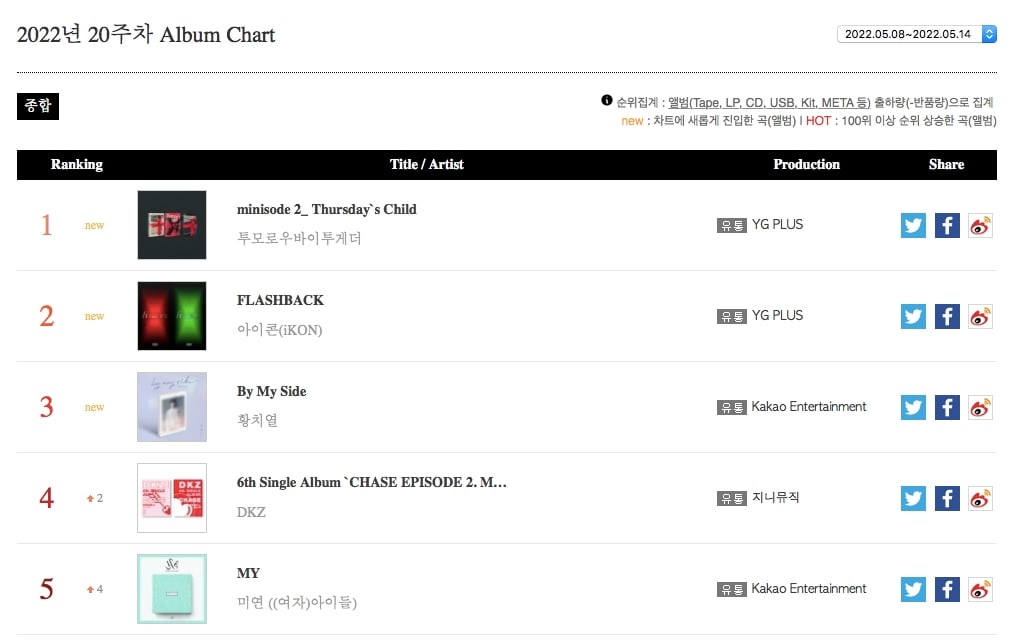 PSY and BTS’ Suga achieved a double crown on this week’s charts after topping both the overall digital chart and the streaming chart with their hit collab “That That.”

BIGBANG’s “Still Life” held onto its spot at No. 2 on the overall digital chart this week, followed by Lim Young Woong’s “If We Ever Meet Again” at No. 3.

Finally, IVE’s “LOVE DIVE” and (G)I-DLE’s “TOMBOY” maintained their respective positions at No. 4 and at No. 5. 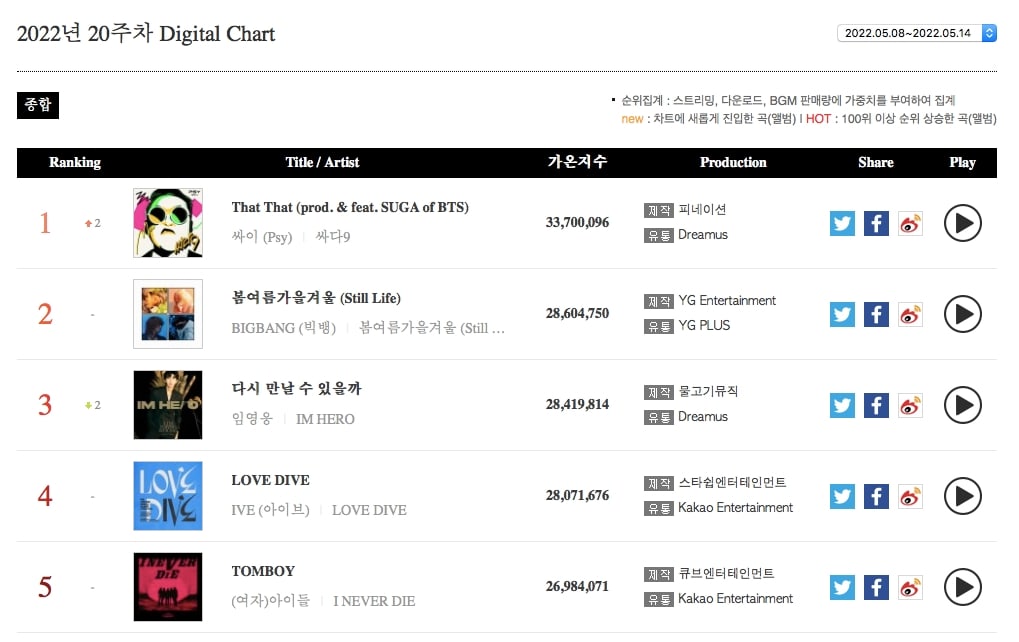 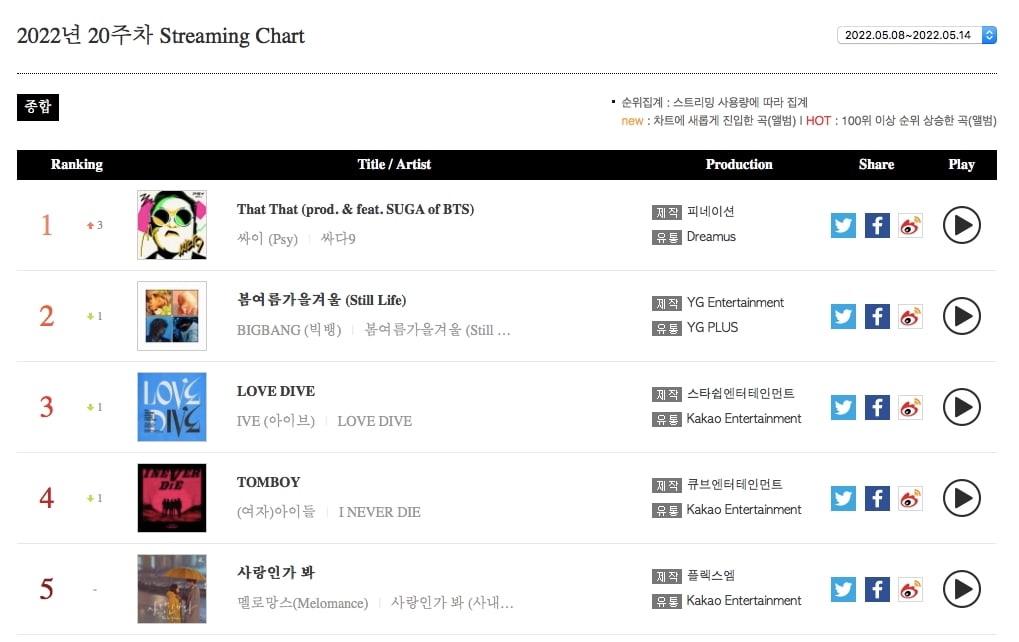 Lim Young Woong’s “If We Ever Meet Again” held onto its spot at No. 1 on the digital download chart for the second consecutive week. 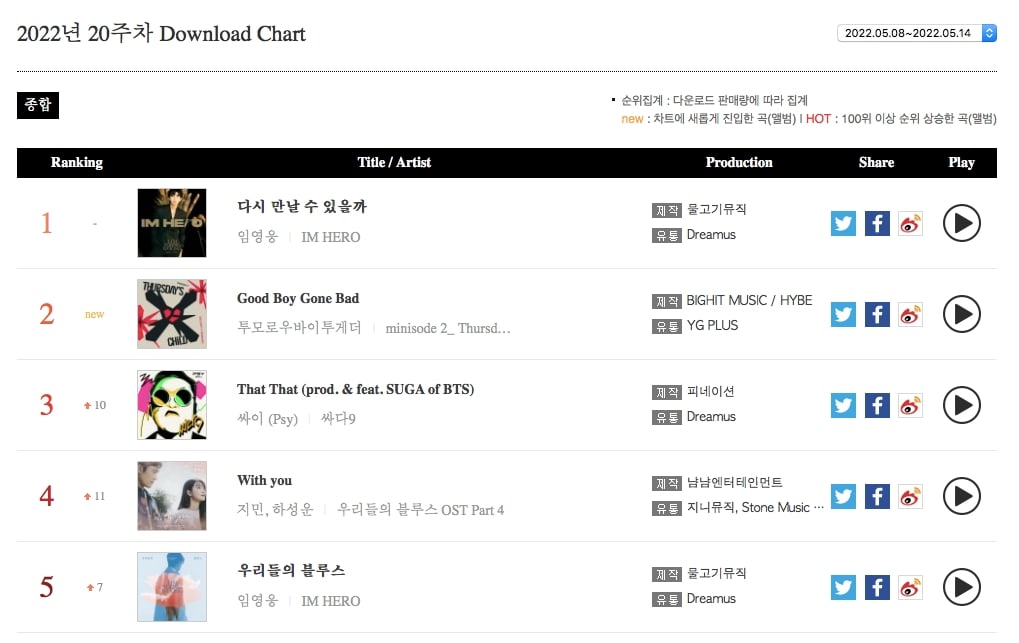 The top three spots on this week’s social chart remained exactly the same as last week: BTS held steady at No. 1, with BLACKPINK at No. 2 and BLACKPINK’s Lisa at No. 3.

Jessi rose to No. 4, and Lim Young Woong rounded out the top five for the week. 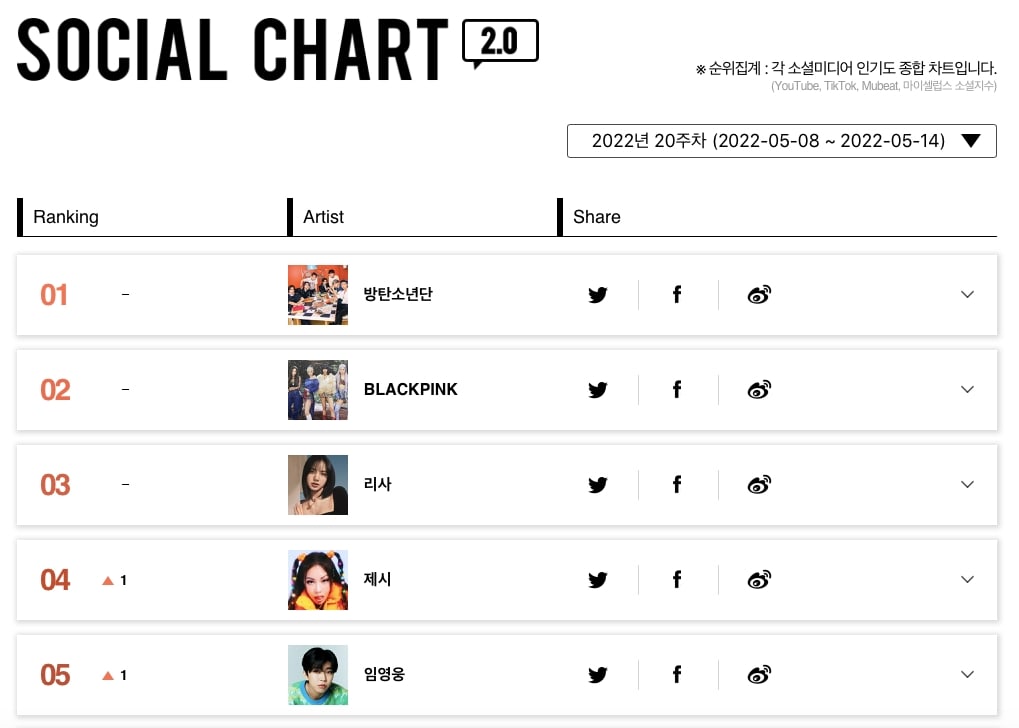