CL has shared the story of her unforgettable first encounter with Jo Se Ho!

The singer appeared as a guest on the May 25 episode of tvN’s “You Quiz on the Block,” where she chatted with hosts Yoo Jae Suk and Jo Se Ho about 2NE1’s recent reunion and more.

At one point during the show, Jo Se Ho asked CL whether she considered herself an extrovert, and she suddenly burst out into embarrassed laughter.

“To be honest,” she said with a laugh, “there’s something I want to apologize [to Jo Se Ho] for. Since it’s embarrassing, I wasn’t going to say anything, but now I can’t look at him. Because I feel guilty.”

When Jo Se Ho reassured her that it was okay, CL revealed, “The first time we met was actually at Taeyang’s wedding. It was the first time that one of my friends was getting married, so I didn’t know what to wear. People told me to dress primly, so I wore a black suit, but they also told me I should look vivacious, so I wore a green faux fur coat on top of it. I didn’t know how to balance [my outfit], and I figured I would look polite and proper once I took the fur coat off inside. But the fur coat was so long that I tripped on it and fell on my way into the church.” 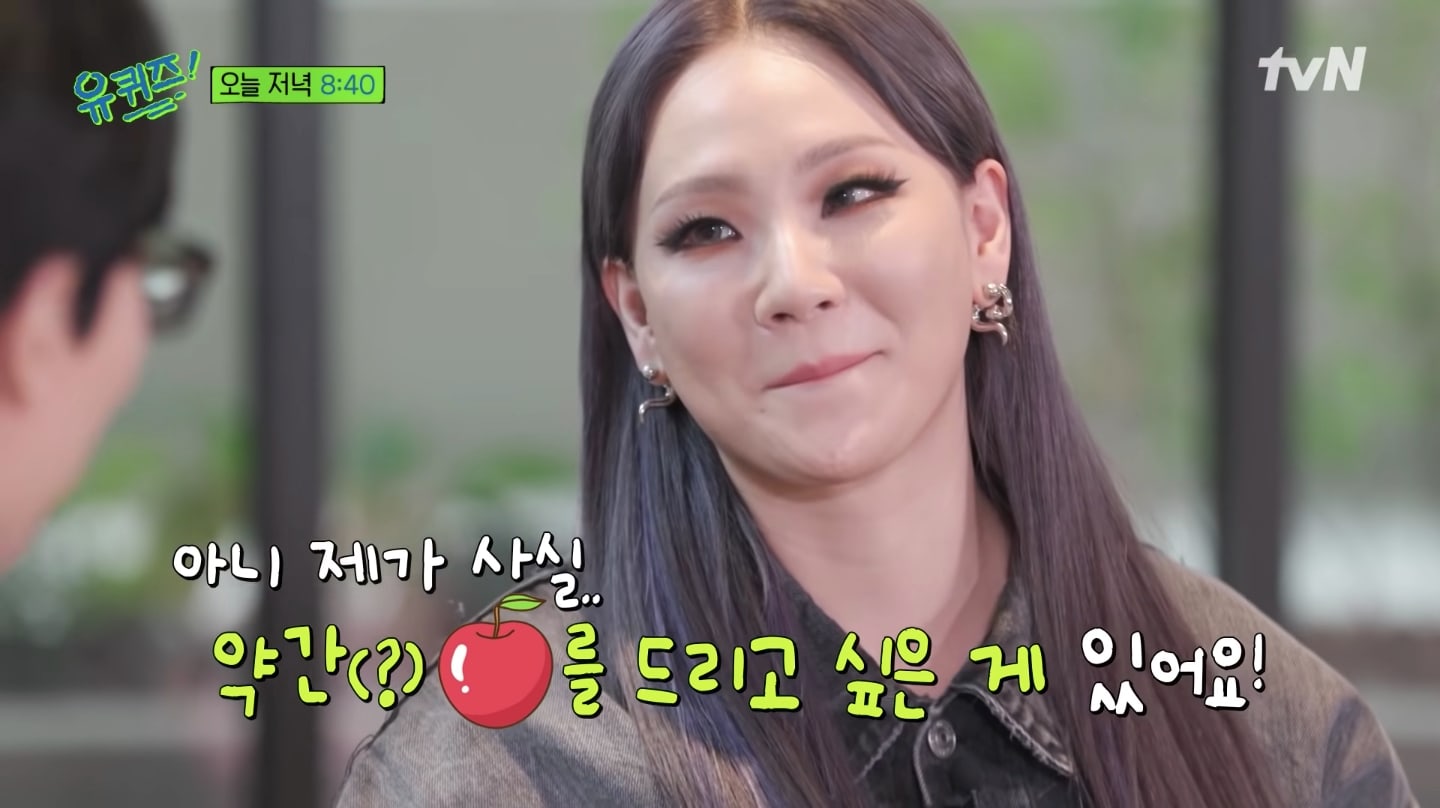 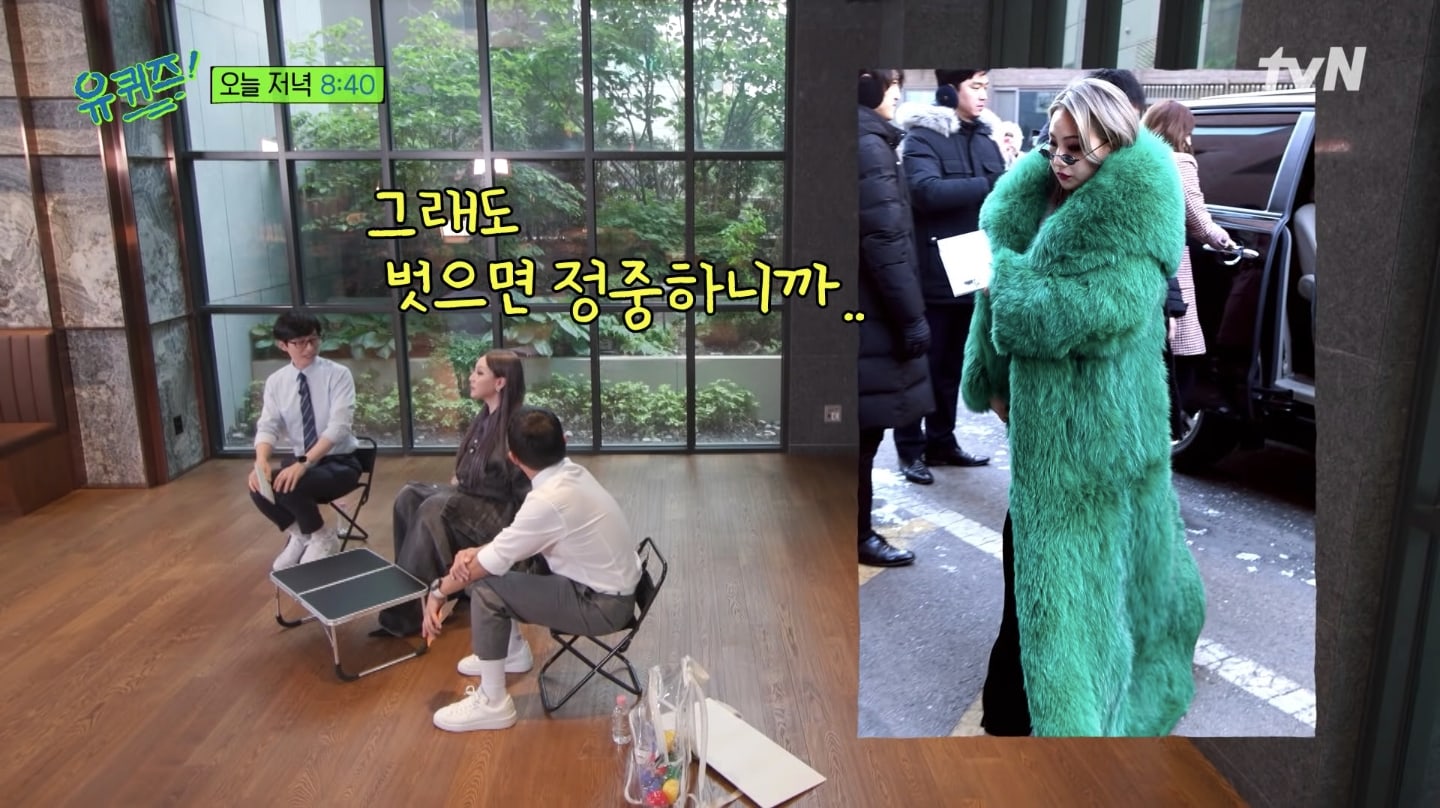 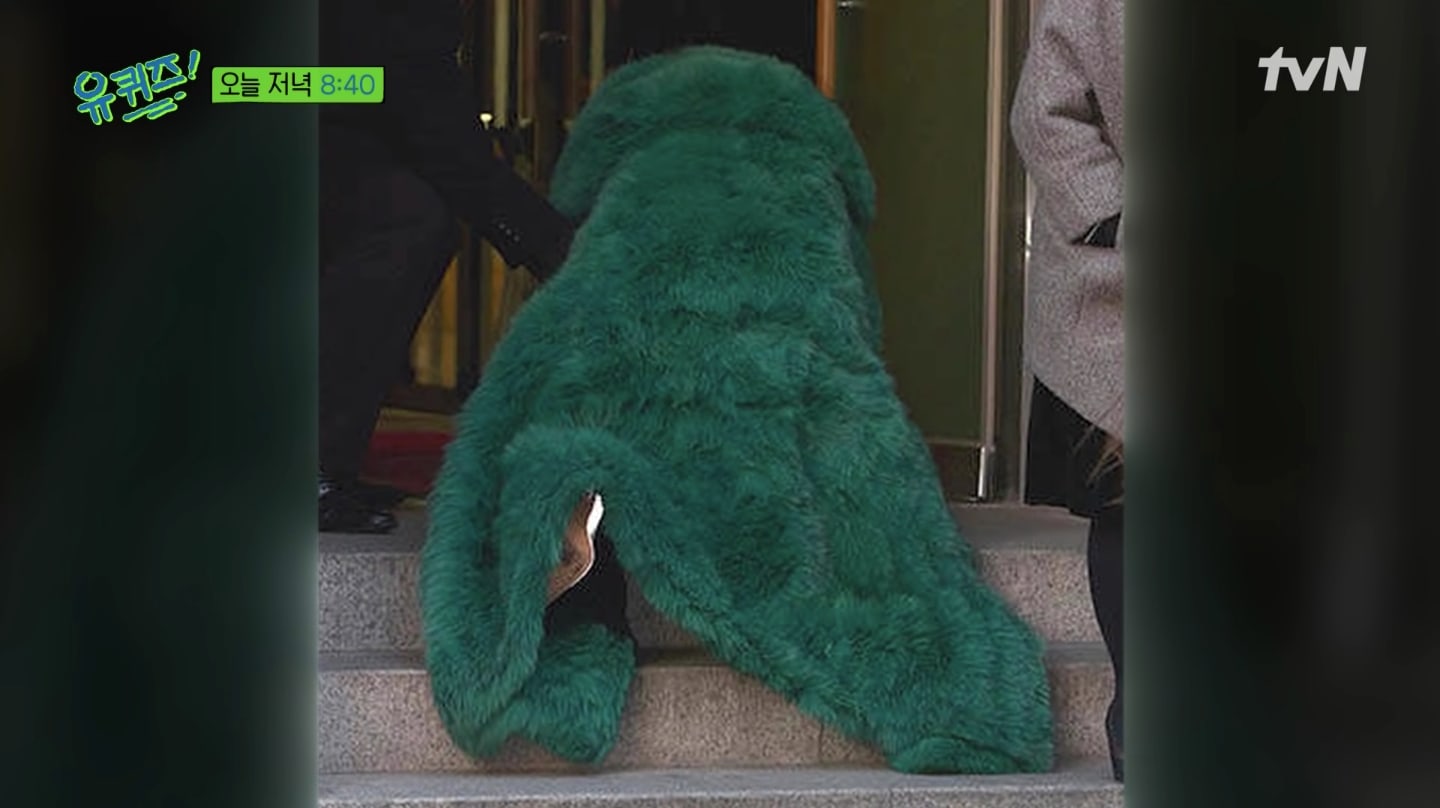 As Yoo Jae Suk cracked up, CL went on, “Afterwards, I couldn’t focus on the wedding, but I still had to sing a congratulatory song [for the couple]. And everyone who saw me kept saying, ‘Chaelin, are you okay?’ or ‘Why did you wear this fur coat? It’s impolite!’ Because of that, I got really nervous, so I drank two glasses of champagne on an empty stomach.”

“Since [Jo Se Ho] is a friend of [Sandara Park]’s, I really wanted to meet him and introduce myself,” she went on. “But I had gotten a little drunk from the two glasses of champagne. So as soon as I met him, I started pinching his cheeks. Because I was so excitable… I kept pinching his cheeks and squealing. I’m so sorry. To be honest, I can’t look him in the eye today.”

Jo Se Ho interjected with a laugh, “When G-Dragon saw her do that, he asked me, ‘Do you two know each other?’ I told GD, ‘This is the first time I’m seeing her in person,’ and he said, ‘Hey, CL, what are you doing?!'”

“Yes, I was dragged away,” agreed CL. “Even when we were taking photos together, I kept pinching his cheeks.”

Despite CL’s embarrassed apologies, Jo Se Ho insisted that there was no need for her to apologize, adding, “It’s really okay.” 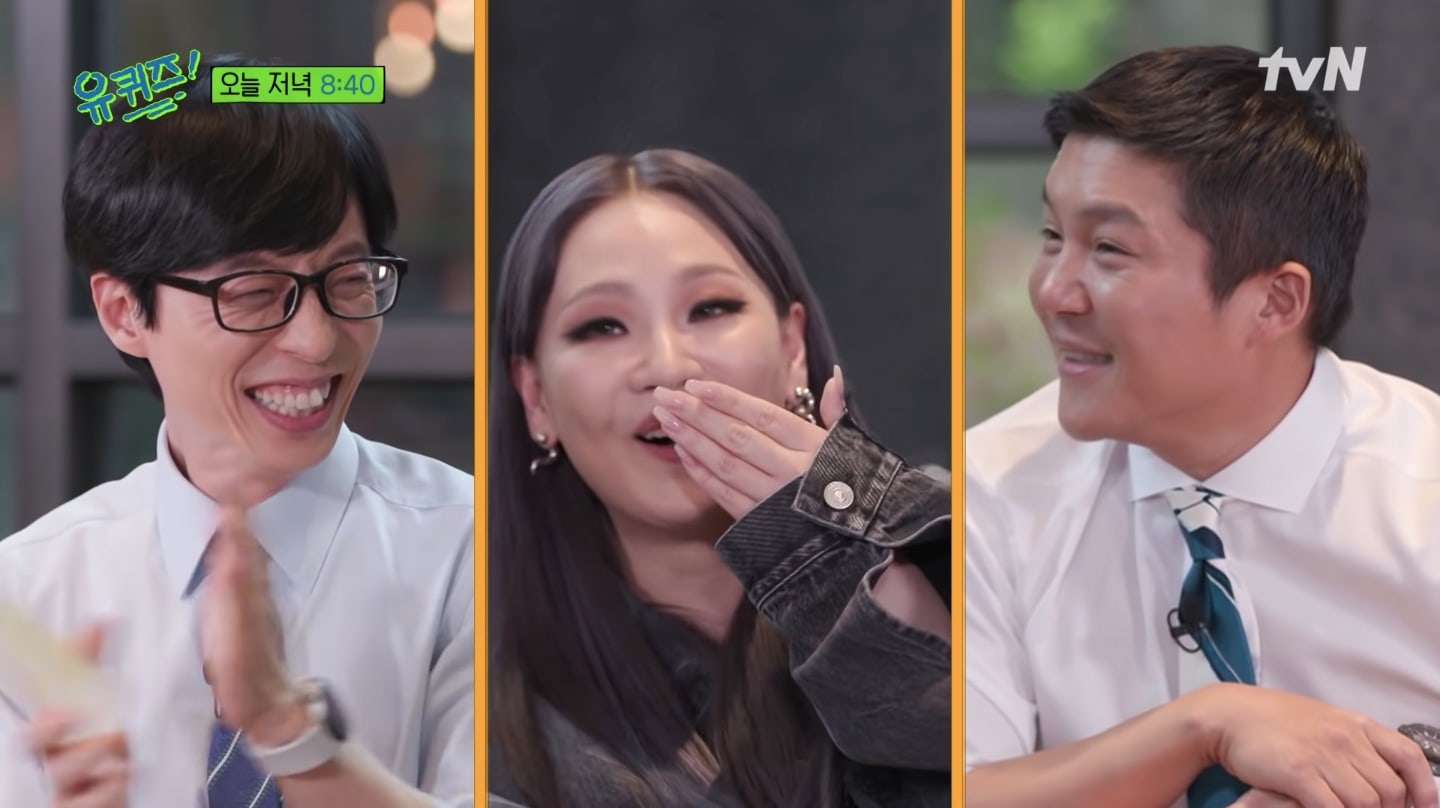 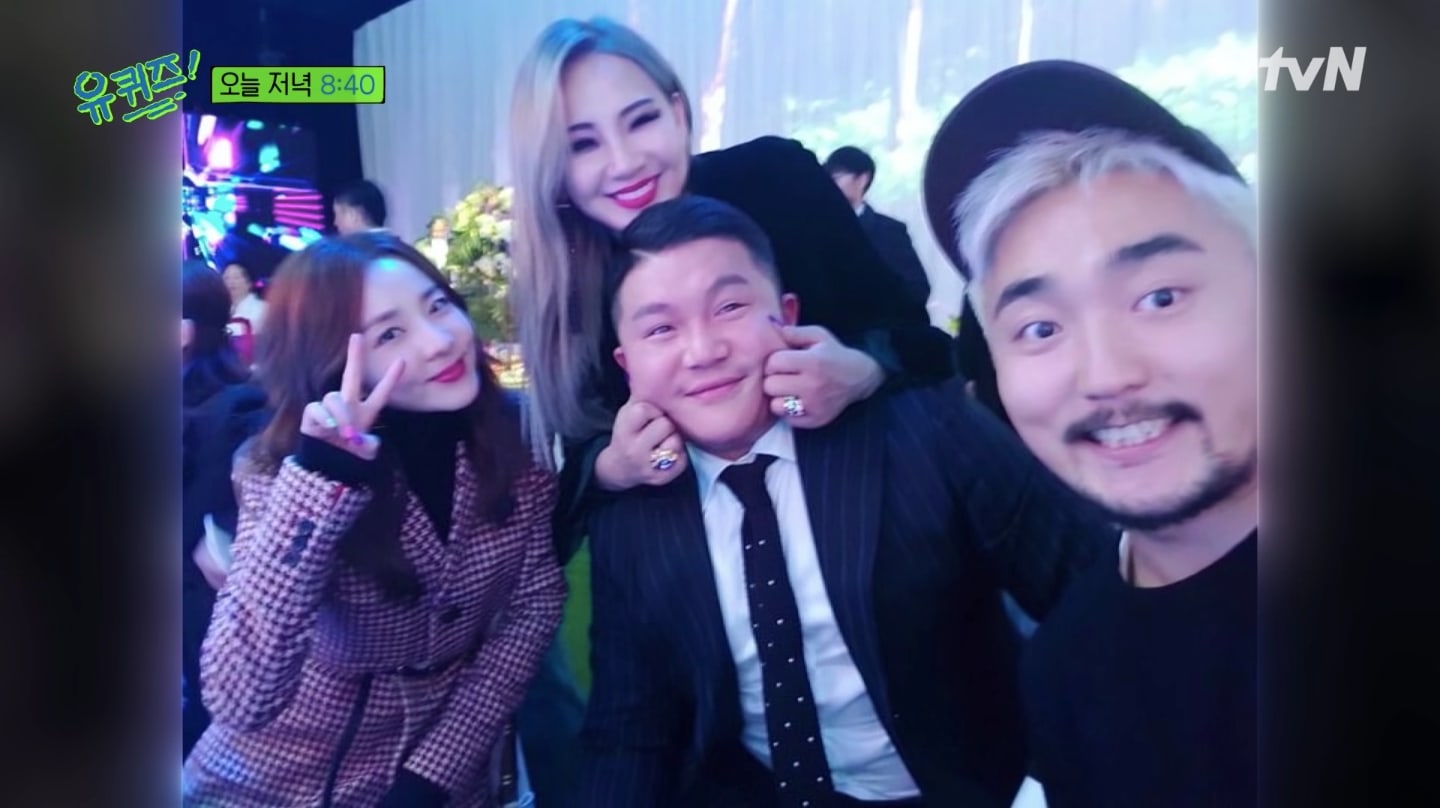 BIGBANG
Jo Se Ho
2NE1
CL
G-Dragon
Taeyang
You Quiz on the Block
How does this article make you feel?