“Queendom 2” has finally announced its full rankings for Round 3!

On the May 26 broadcast of Mnet’s “Queendom 2,” the Round 3 rankings were revealed, which combines results of the self-evaluation, audience vote, and global vote with the results from the previous unit stages and this round’s “Fan-tastic Queendom” performances.

Before announcing the rankings, LOONA, Brave Girls, and Hyolyn gave their “Fan-tastic Queendom” performances of songs chosen by fans.

LOONA and their fans chose the group’s 2019 track “Butterfly,” explaining that this song helped the team discover and solidify their identity. In order to properly capture the vibe of the original, LOONA chose to maintain most of the song’s arrangement.

Check out LOONA’s dreamy performance of “Butterfly” below:

The round’s fifth performer was Brave Girls, who risked elimination if they ranked in sixth again. However, the girls optimistically shared, “Honestly, instead of working aggressively hard, didn’t we say we wanted to let go and show ourselves as we are?”

For this performance, Brave Girls expressed their desire to find their unique color. Following a fan’s suggestion, the group decided to perform their song “Red Sun,” which is about achieving your dreams through a spell. Yujeong shared, “It’s so similar to our situation. Since we’ve placed last twice now, we have to become stronger.”

For the final stage, Hyolyn unveiled an exciting performance of her summery song “SEE SEA.” Although it seemed like the performance could not any better than it already was, Hyolyn was joined on stage by her fan Hyerim, a dancer who is well-known for her appearance on Mnet’s “Street Girl Fighter.”

Following the second round of performances for the Round 3 battle, the MCs announced the final results.

As revealed last week, the first place winners of the unit round were WJSN and Brave Girls, who both won 4,000 points. They were followed by Hyolyn, VIVIZ, LOONA, and Kep1er.

Next, the teams’ self-evaluations were revealed, where each group picked the competitor they thought was one rank above, and one rank below them. 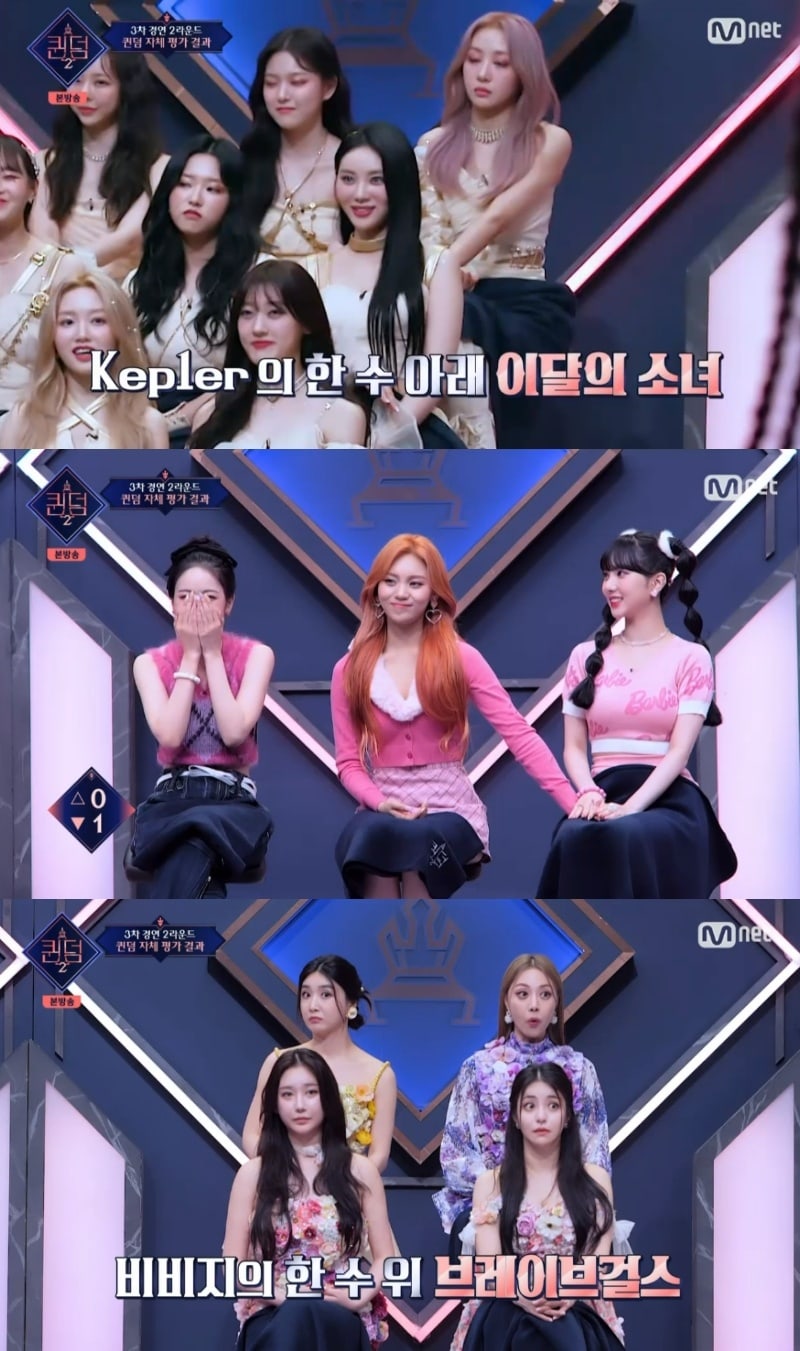 Hyolyn chose not to rank someone above her, but picked VIVIZ as a rank below her. LOONA also ranked VIVIZ below them, but on the other hand, were chosen by Kep1er, WJSN, and VIVIZ as the lower rank.

With two votes above, Brave Girls came out on top of the self-evaluation, earning 1,000 points.

They continued with the global vote, which also had Brave Girls on top. Since the group was not anticipating these results, they broke out into tears and were showered with cheers of encouragement from the other teams.

Yuna commented, “When we were chosen as the team ranking above earlier, I was already tearing up. I don’t know if [the crying] is because I wasn’t anticipating it or because I’m thankful.” Yujeong added, “I don’t know. I guess life is all about comebacks. If it’s not always the end. It’s very dramatic.” 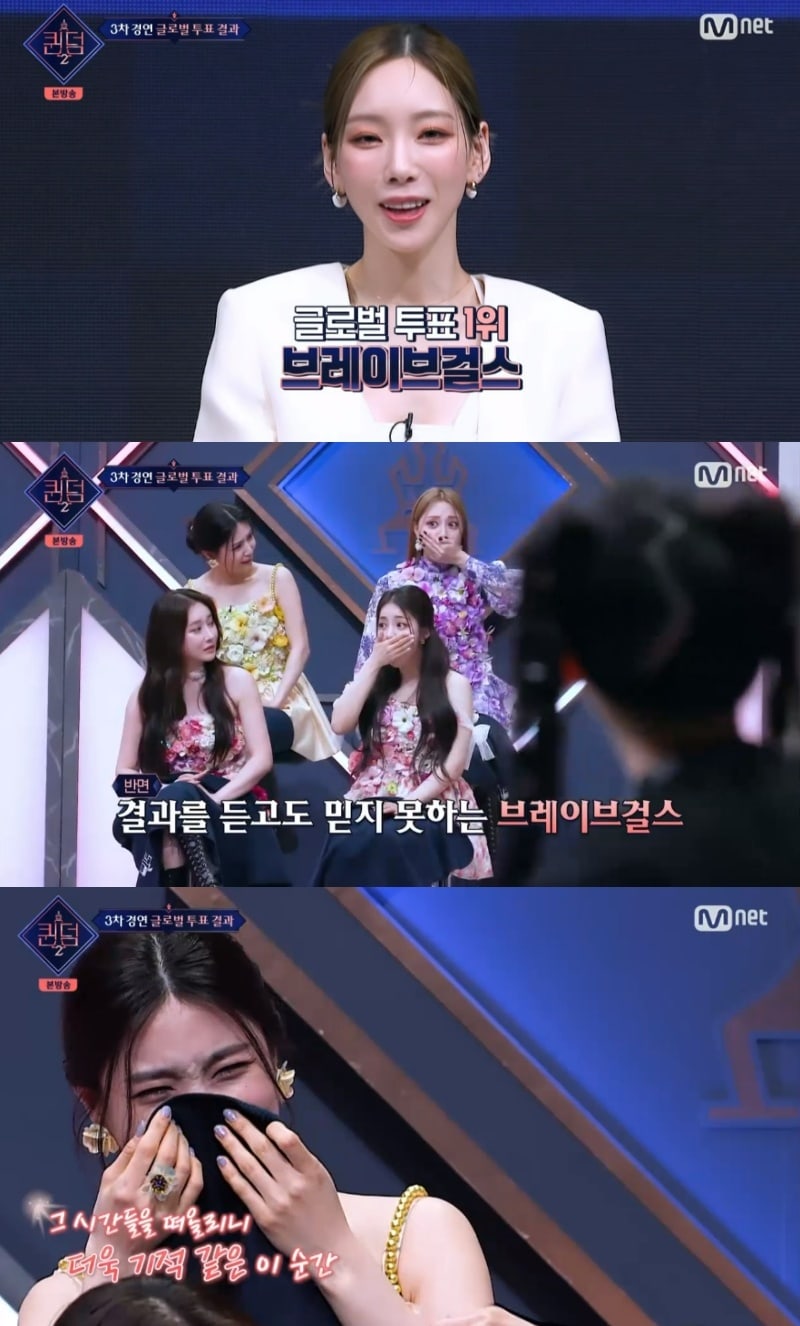 For the global vote, WJSN took second place, followed by LOONA, VIVIZ, Kep1er, and Hyolyn. After consistently placing at the top of all rankings, Hyolyn’s low ranking took everyone by surprise. She initially shared, “I think the reason [of my ranking] is that while I was preparing three performances, I wasn’t able to pour all my energy into one.”

In her interview after, Hyolyn expressed a bit more sadness as she commented, “I wonder what aspect wasn’t able to move my fans’ hearts. What aspect was I lacking in?”

Halfway through the rankings reveal, Brave Girls was slated to be in first place. However, the score difference between second and third place was not big, meaning the audience vote, with 9,000 points on the line, could cause a dramatic shift.

Combined with the audience vote, Brave Girls was able to place first for Round 3, earning sincere applause from their competitors. Yujeong commented, “Whenever we were in a lower ranking, we thought, ‘We’re just going to be like this,’ and had basically given up. I hope a lot of people can look at us and gain hope.”

In second place was WJSN, followed by LOONA, VIVIZ, Hyolyn, and Kep1er. 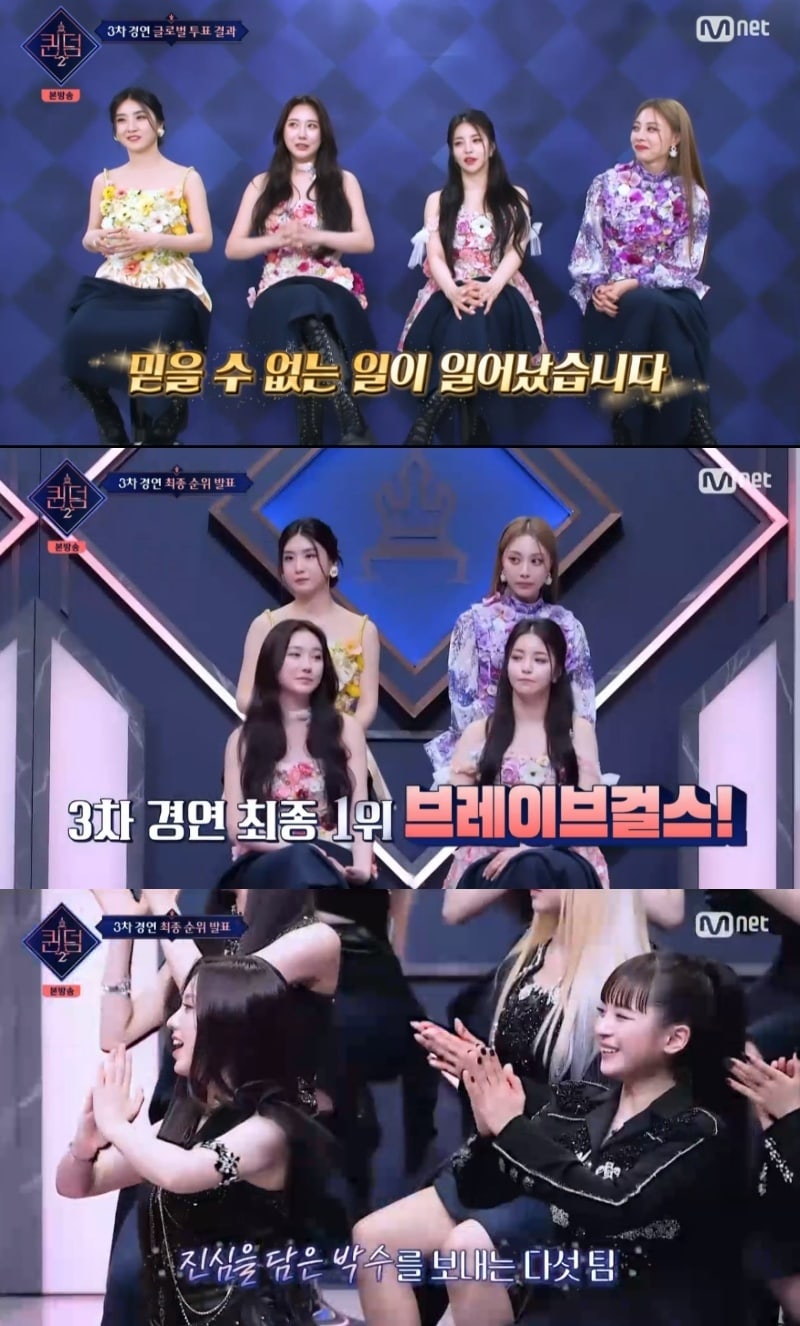