JTBC’s “My Liberation Notes” wrapped up its run by remaining the most buzzworthy drama of the week!

In its final week on air, “My Liberation Notes” held onto its spot at No. 1 on Good Data Corporation’s weekly list of the dramas that generated the most buzz. The company determines each week’s rankings by collecting data from news articles, blog posts, online communities, videos, and social media about dramas that are either currently airing or set to air soon.

tvN’s “Our Blues” remained No. 2 on the drama list this week, and its stars also claimed multiple spots on the actor list: Han Ji Min came in at No. 4, Jung Eun Hye at No. 5, and Kim Woo Bin at No. 7.

SBS’s “Again My Life” swept the No. 3 spot on both lists in its final week, with Lee Joon Gi rising to No. 3 in the actor rankings and Lee Kyung Young climbing to No. 10. 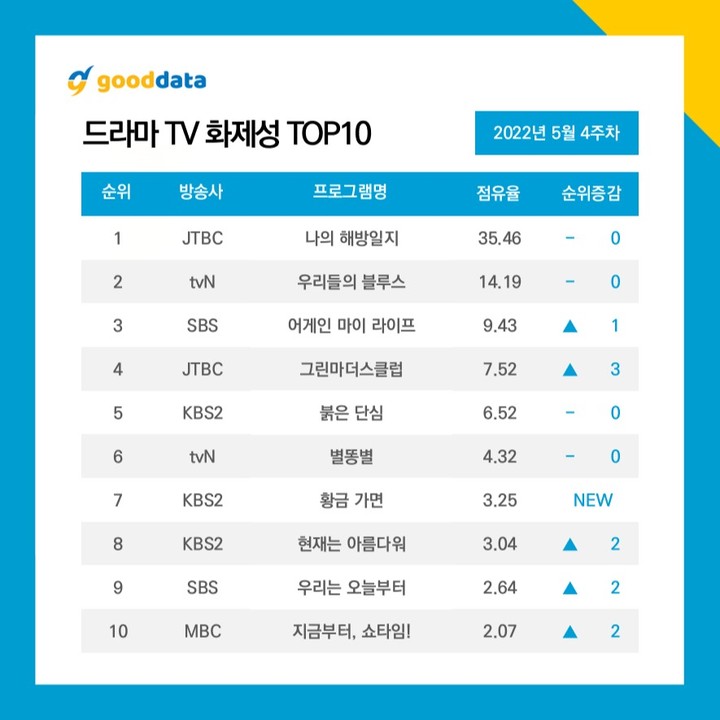 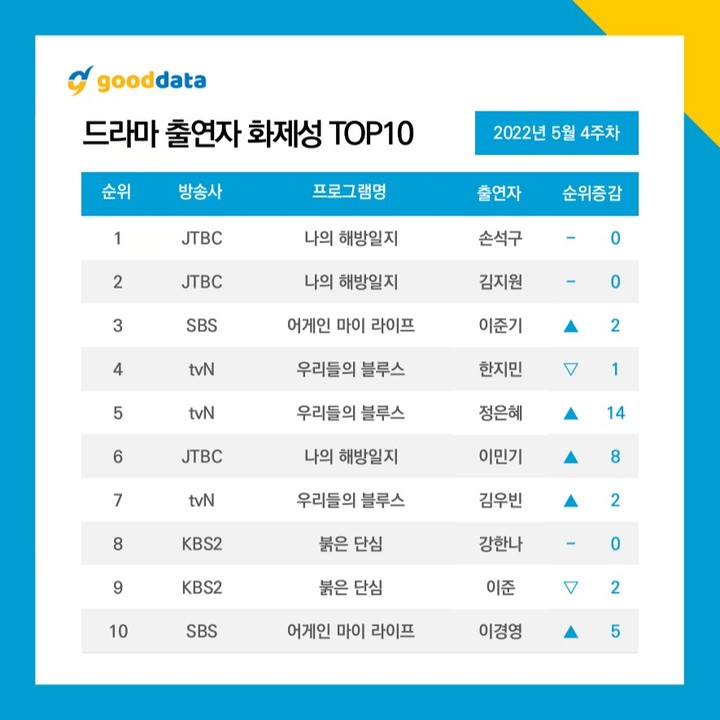 Binge-watch all of “Again My Life” with subtitles here…

…and “From Now On, Showtime” below!