Jun So Min, Yum Jung Ah, And Kim Jae Hwa Are Femme Fatales “Cleaning Up” At The Office In New Drama

JTBC has released a fun new poster for its upcoming drama “Cleaning Up”!

A remake of the British television series of the same name, “Cleaning Up” will tell the story of three cleaners at a securities firm that attempt to forge a new destiny for themselves after accidentally overhearing some key information about insider trading.

In what marks her first drama role since starring in the hit series “SKY Castle,” Yum Jung Ah will be playing Eo Yong Mi, the hardworking mother of two young daughters, who bears a huge sense of responsibility as her family’s breadwinner. A skillful quick thinker who isn’t afraid to be bold, Eo Yong Mi takes the lead as the brains behind the daring trio’s dangerous operations.

Jun So Min will be starring as Eo Yong Mi’s younger co-worker Ahn In Kyung, who is working towards her dream of saving up enough money to open her own moving café with a food truck. While she might seem a bit spacey most of the time, her mind proves unexpectedly sharp in moments of crises.

Finally, Kim Jae Hwa will play Meng Soo Ja, a resourceful and deceptively charming cleaner who can befriend anyone who might be of use to her. A sneaky schemer with a thousand faces, Meng Soo Ja has the invaluable ability to get people to do what she wants them to do, which makes her indispensable to the squad.

The new heist film-inspired poster for the upcoming drama features the trio of cleaners in badass leather fits, striking femme fatale-esque poses as they go about cleaning the office in style. 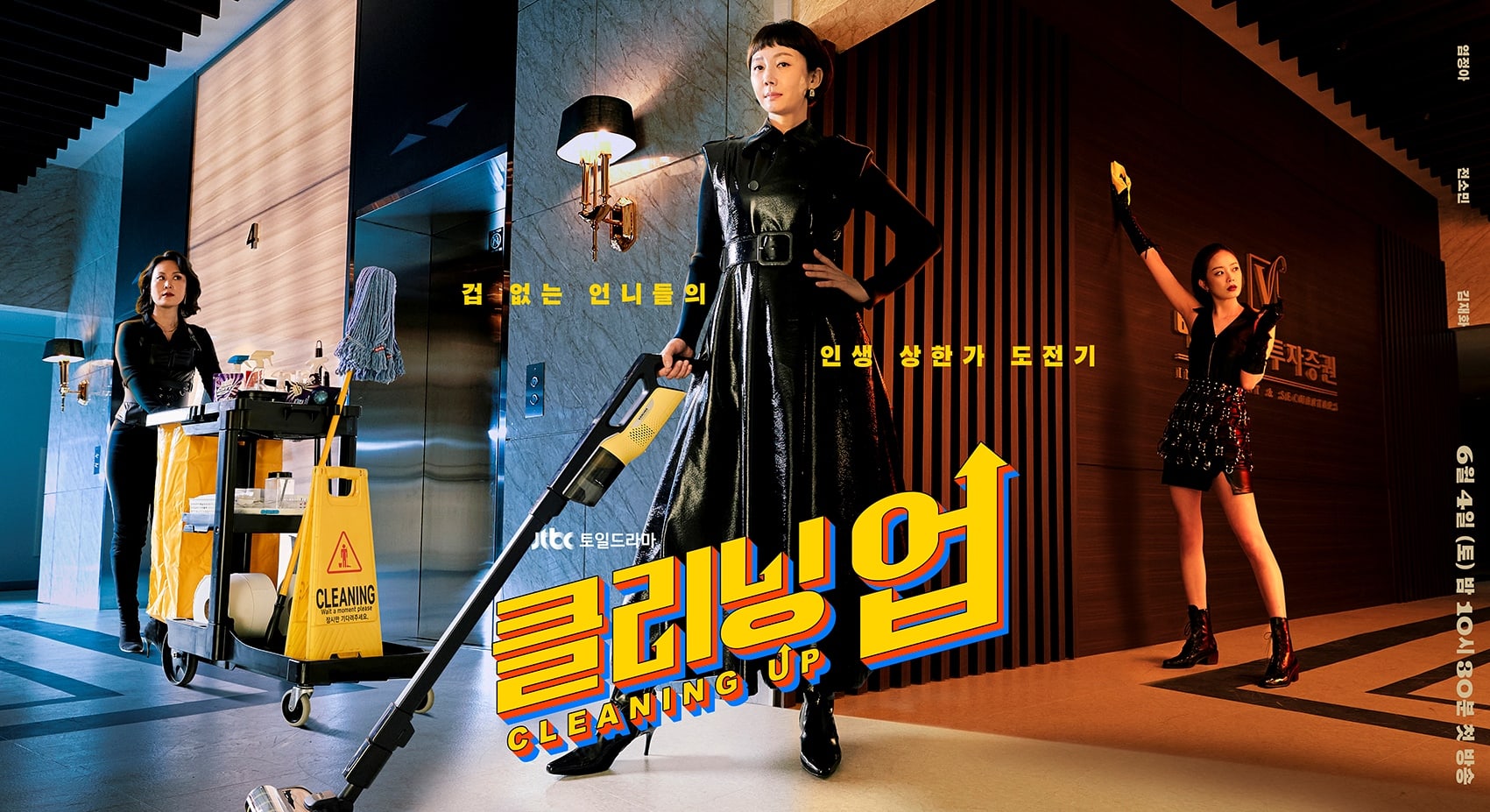 “Cleaning Up” will premiere on June 4 at 10:30 p.m. KST, taking over the time slot previously occupied by “My Liberation Notes.” In the meantime, check out a teaser for the drama here!

While you wait, watch Jun So Min in her previous drama “Show Window: The Queen’s House” below: