The drama will tell the story of Woo Young Woo (played by Park Eun Bin), a young lawyer with Asperger’s syndrome who joins a major law firm. Due to her high IQ of 164, impressive memory, and creative thought process, the brilliant Woo Young Woo graduates at the top of her class from the prestigious Seoul National University for both college and law school – but she still finds herself struggling when it comes to social interactions.

In the poster, Woo Young Woo is sitting at her impeccably organized desk. Three ballpoint pens of various colors and her favorite whale figures are placed side by side along with her employee ID, clearly hinting she has her own views and opinions. Her round eyes are full of curiosity as whales are swimming around her, and the text on the poster reads, “Whether you read it forwards or backwards, it’s still Woo Young Woo.” 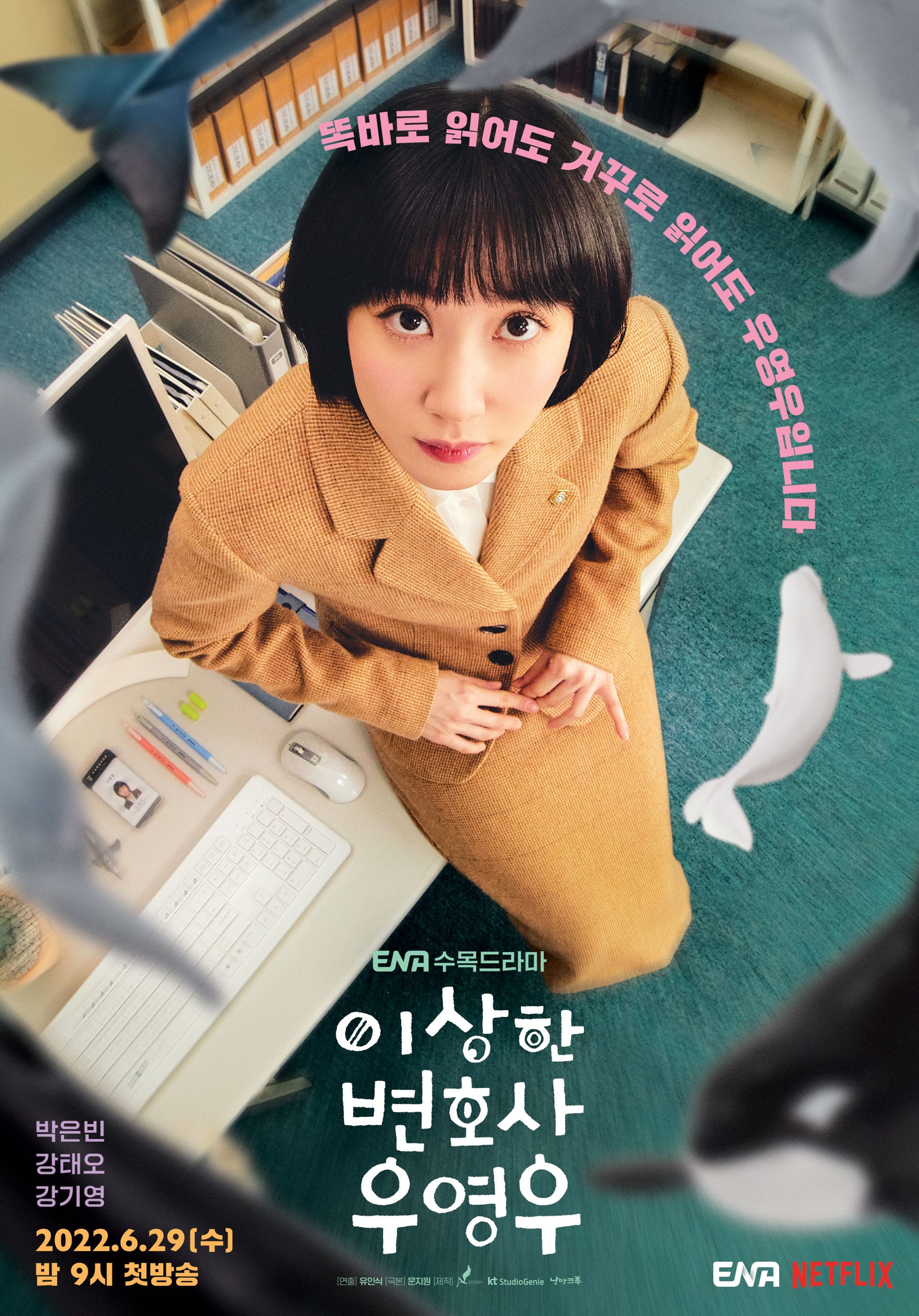 The drama’s production team remarked, “Through the challenges and growth of Woo Young Woo, who takes her first step into an unfamiliar world, [viewers] will be able to experience various views of the world. Please look forward to Park Eun Bin’s passionate performance that will create empathy with her pleasant smile.”

“Extraordinary Attorney Woo” will premiere jointly on ENA and Netflix on June 29 at 9 p.m. KST.