Tension Escalates Between Seo Hyun Jin And Heo Joon Ho In “Why Her?”

Things will get even more intense in the second episode of SBS’s “Why Her?”!

“Why Her?” is a new mystery romance drama starring Seo Hyun Jin as the titular Oh Soo Jae, a coldhearted lawyer who has grown empty after only chasing success, and Hwang In Yeop as law student Gong Chan, who would do anything to protect her. Heo Joon Ho will play Choi Tae Guk, the greedy CEO of Oh Soo Jae’s law firm, while Bae In Hyuk will play his lonely son Choi Yoon Sang.

The premiere of “Why Her?” captivated viewers with its unconventional opening. Oh Soo Jae ended up being pushed off her throne of success after years of making an effort to reach the top, and she also reunited with Gong Chan after ten years.

The newly released stills are increasing anticipation for tonight’s episode. In a couple photos, Oh Soo Jae and Choi Tae Guk are spotted in a tense confrontation. He’s been controlling her fate left and right, and her firm expression and spiteful eyes show her determination to go against him. Choi Tae Guk no longer appears relaxed, and he seems somewhat uneasy by her boldness. 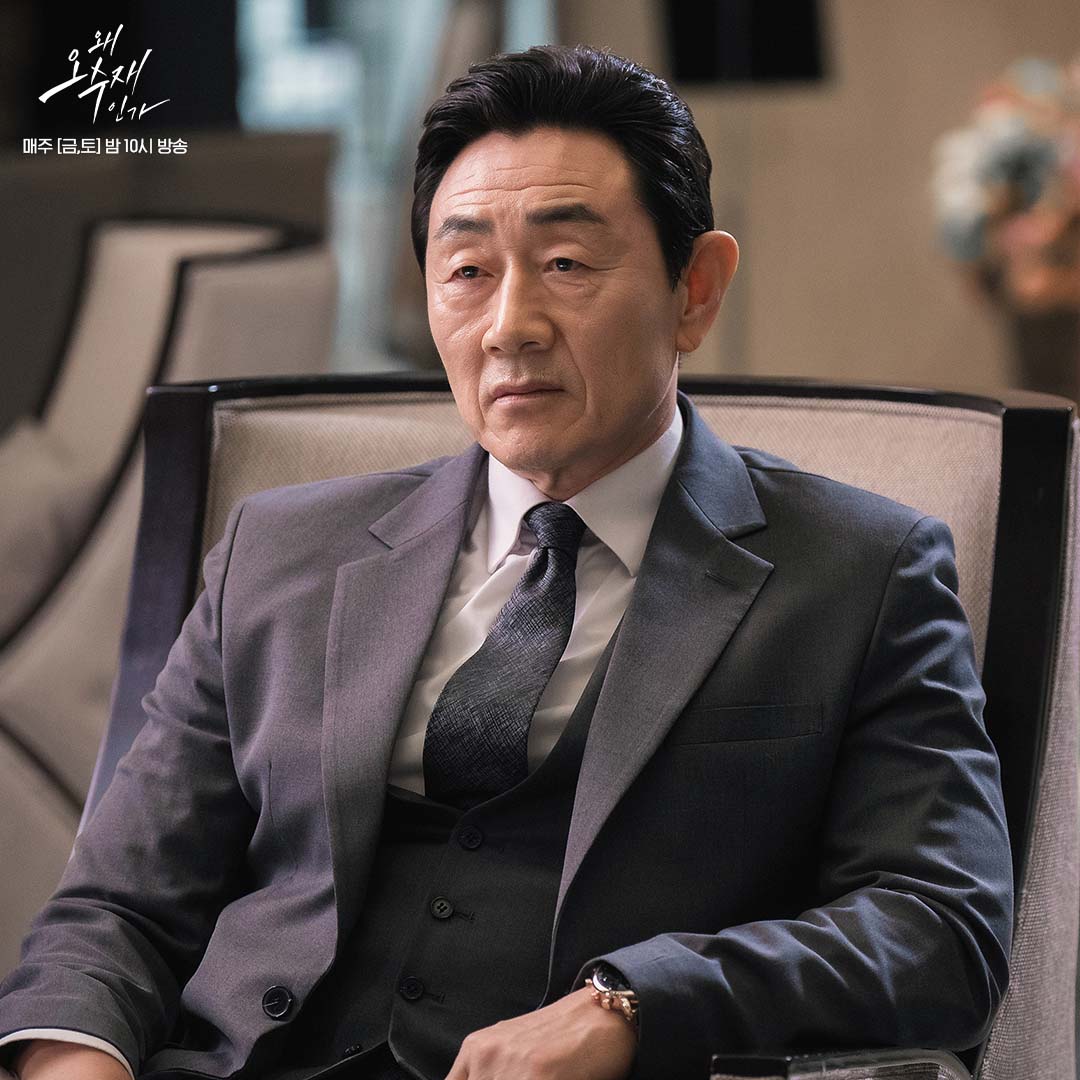 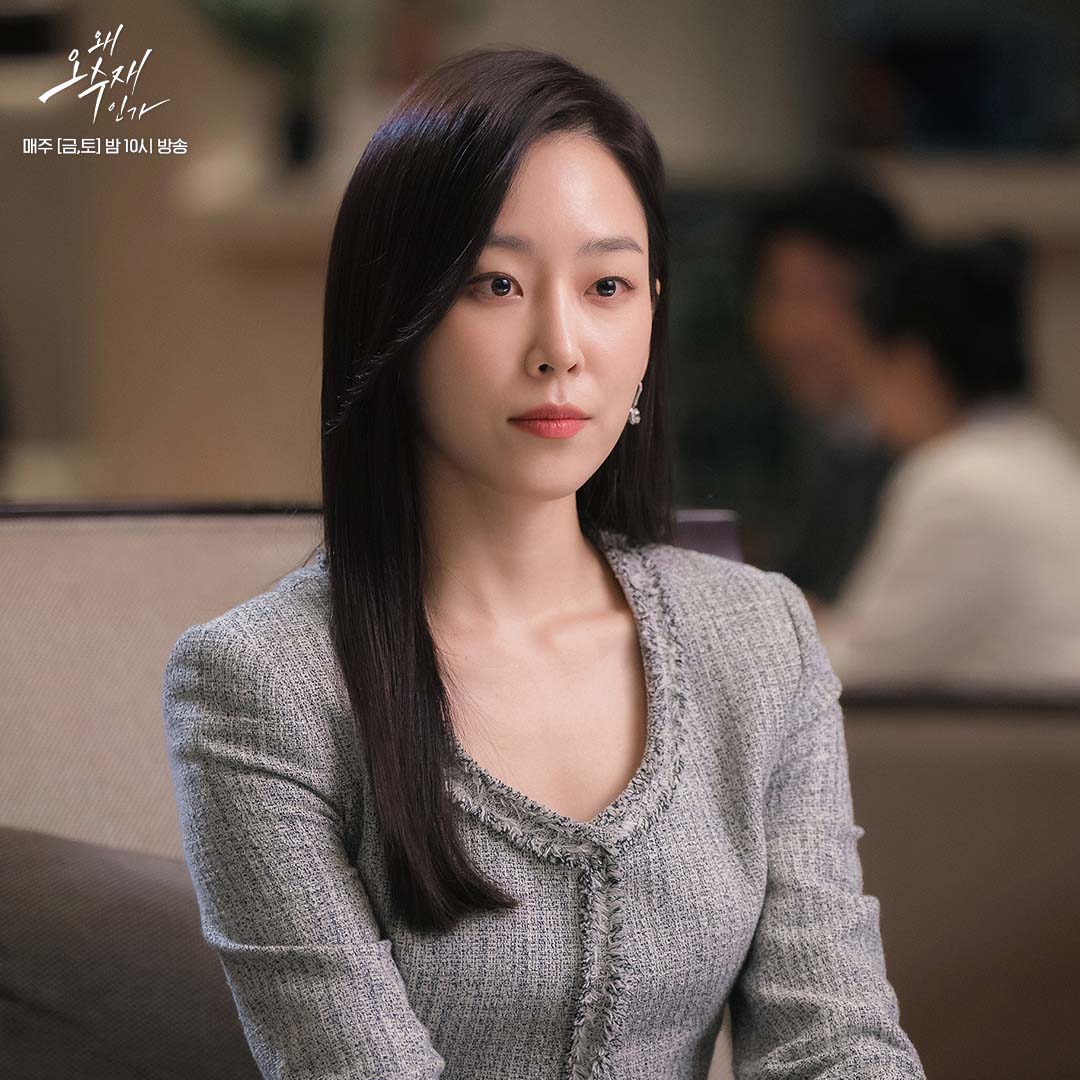 More photos show the students of the law school in an awkward atmosphere. Gong Chan, Choi Yoon Sang, Jo Kang Ja (Kim Jae Hwa), Na Se Ryun (Nam Ji Hyun), and Nam Choon Poong (Lee Jin Hyuk) are sitting as one group at a special event. It will be intriguing to observe their relationships with Oh Soo Jae and how they will adapt to law school. 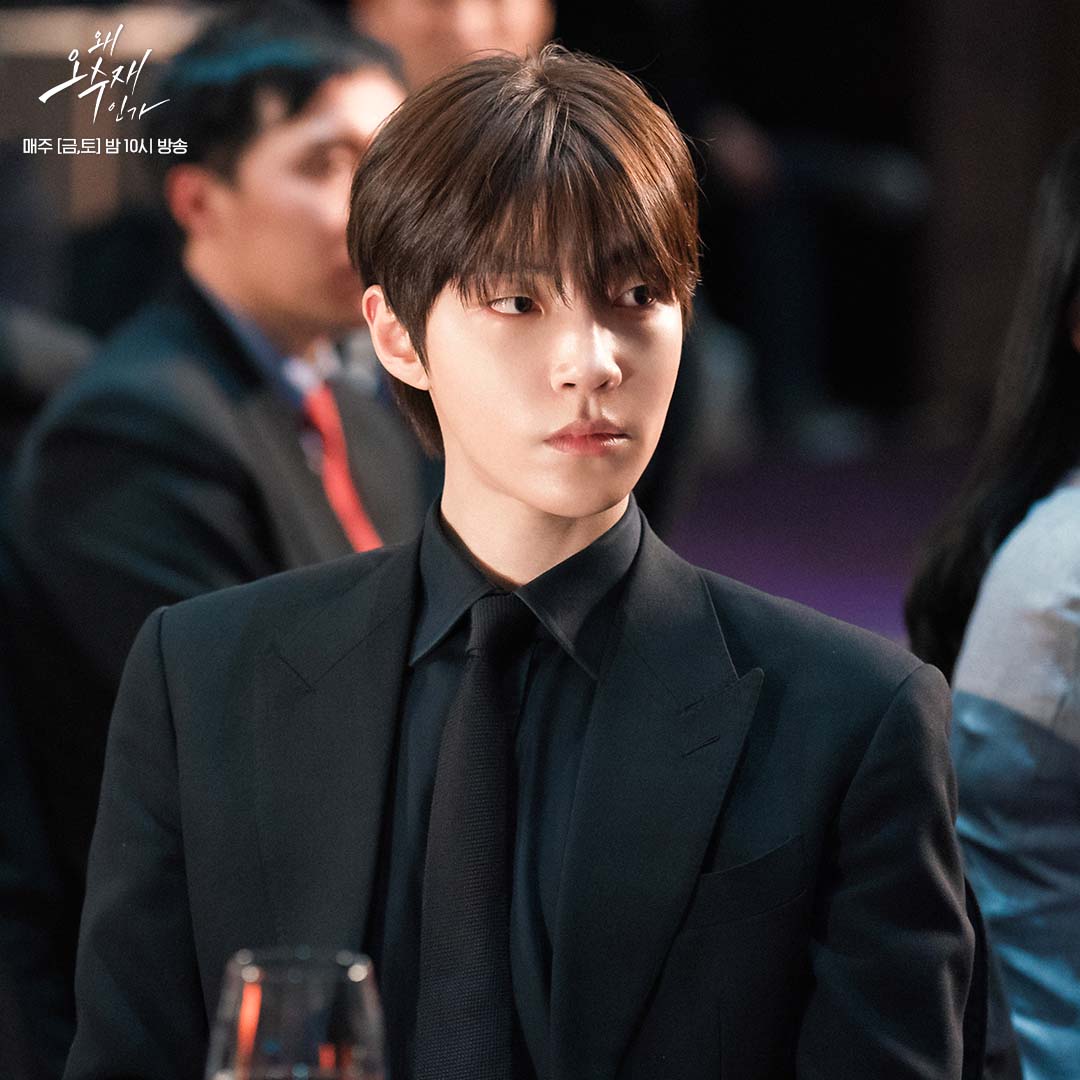 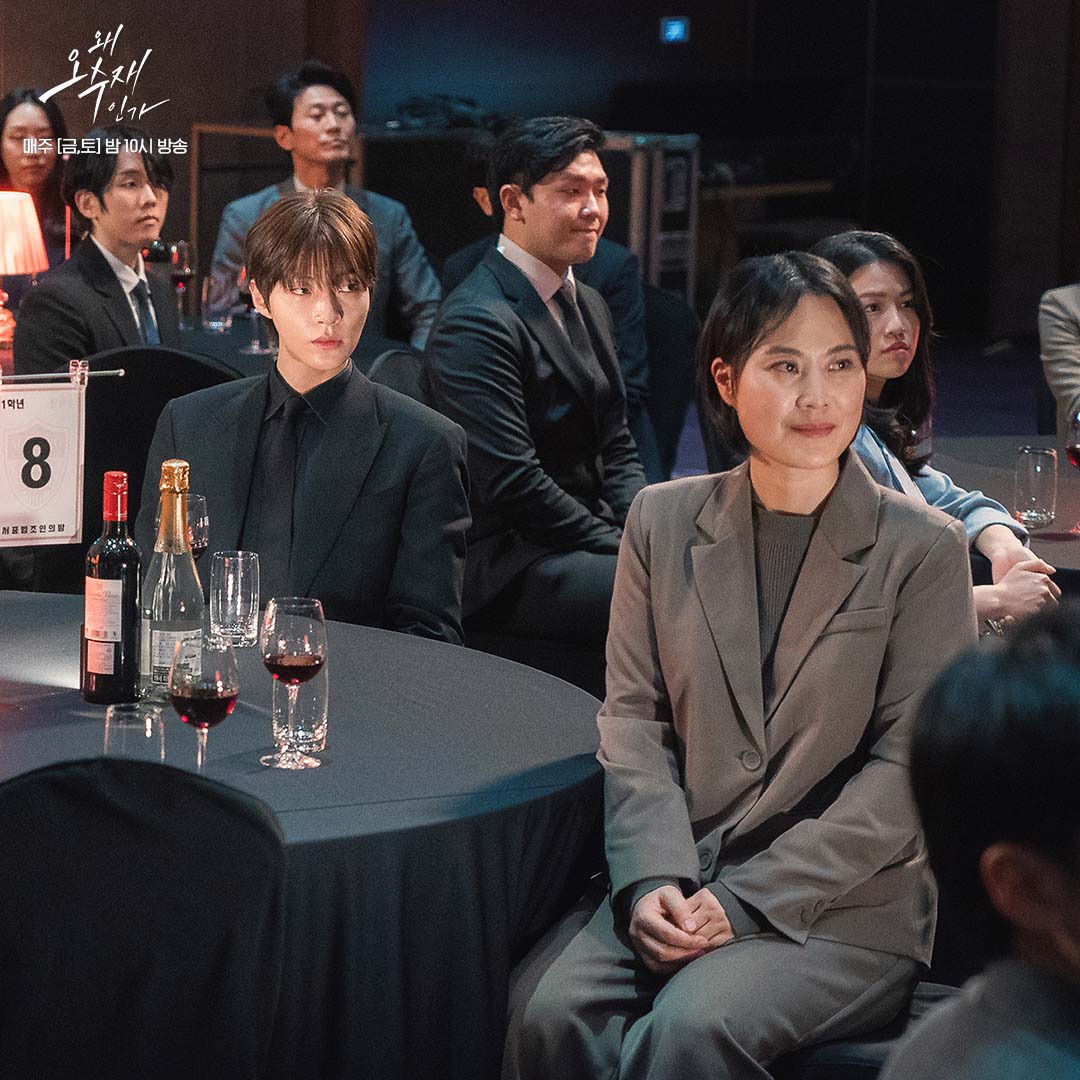 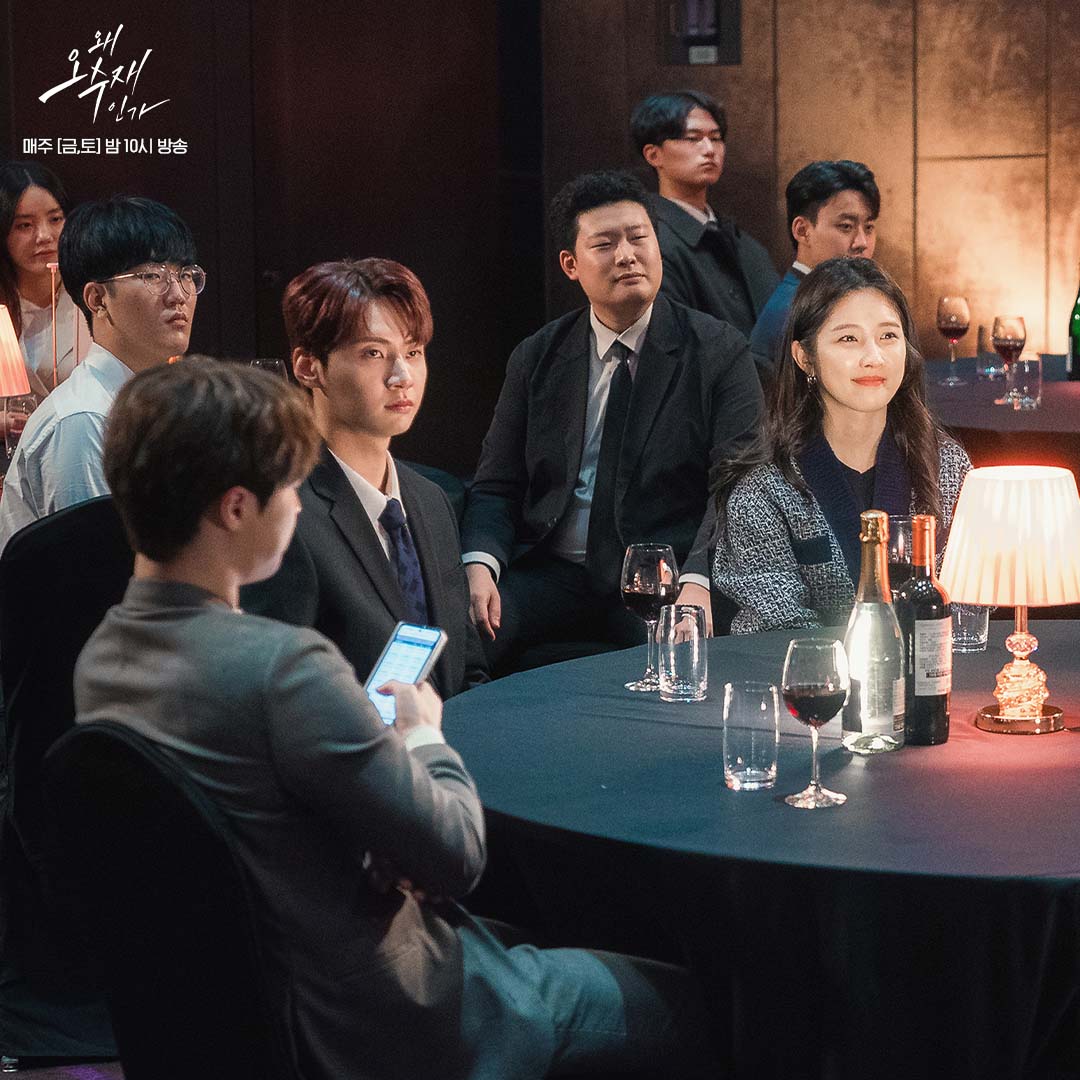 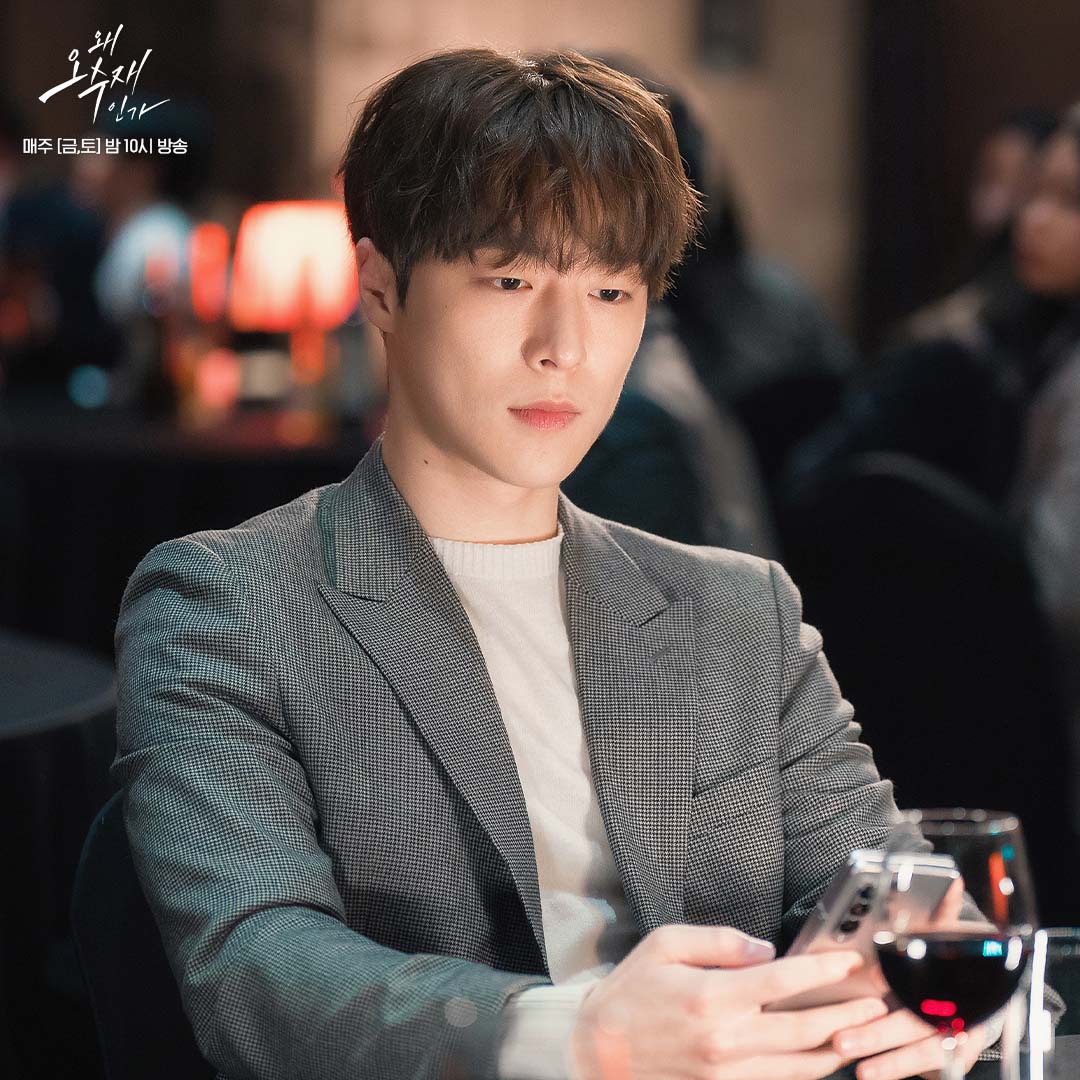 The drama’s production team teased that Oh Soo Jae will try to regain her chance of success with a big decision. They added, “Oh Soo Jae’s spite and ambitions that were set on fire by Chairman Choi Tae Guk will burn again. Please keep an eye on the new story at the law school that will be centered on Oh Soo Jae and Gong Chan.”

Check out the first episode on Viki!