On June 2, “Link” held an online press conference where the cast members shared their thoughts on the upcoming drama!

A unique mix of fantasy, romance, and mystery, “Link” will tell the story of a man who suddenly begins feeling all the emotions experienced by an unfamiliar woman with whom he shares a special “link.”

Moon Ga Young will star in the drama as restaurant employee Noh Da Hyun, who has been unlucky in both love and life, while Yeo Jin Goo will star as Eun Gye Hoon, an executive chef whose everyday life is turned upside down when he unexpectedly begins going through all of Noh Da Hyun’s joy, sorrow, and pain together with her.

Kim Ji Young will play the role of Noh Da Hyun’s mother, while Song Duk Ho and Lee Bom Sori will be a police officer and sergeant who happen to be a former couple. 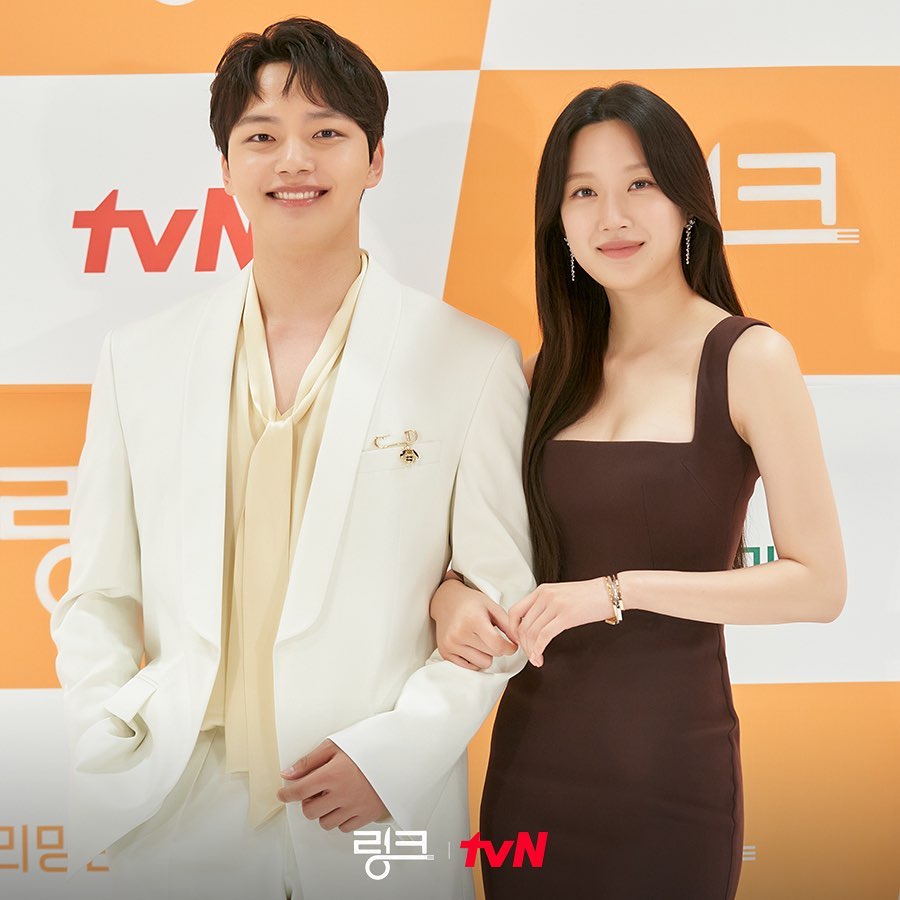 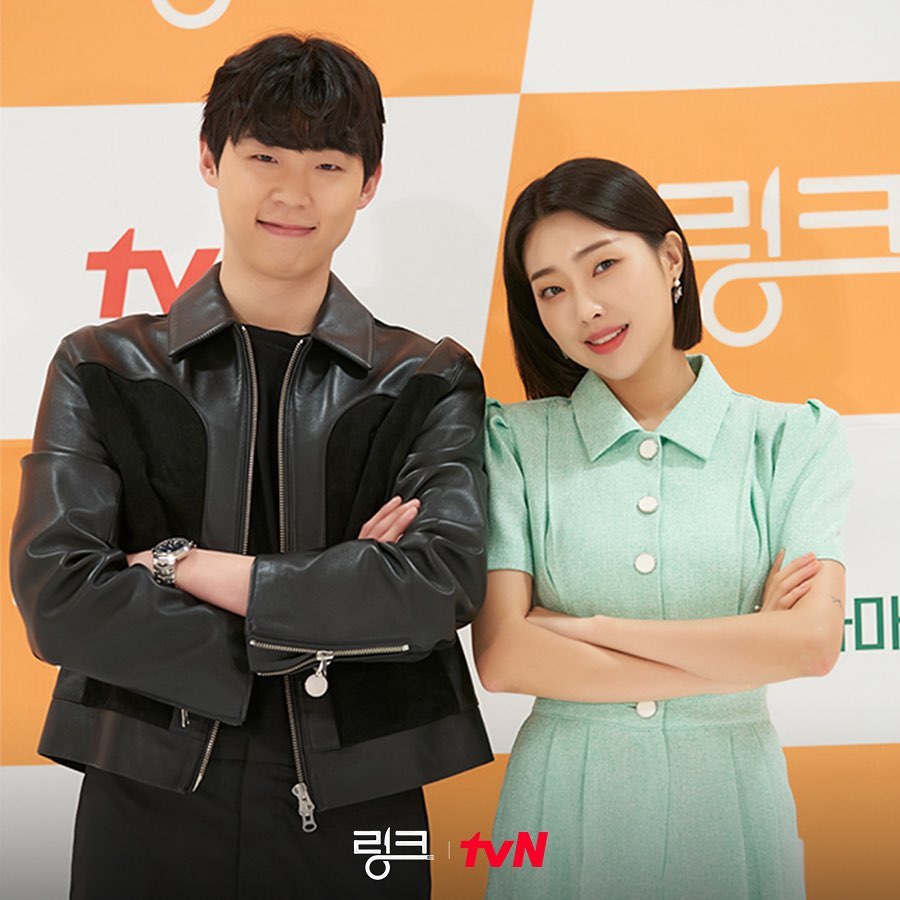 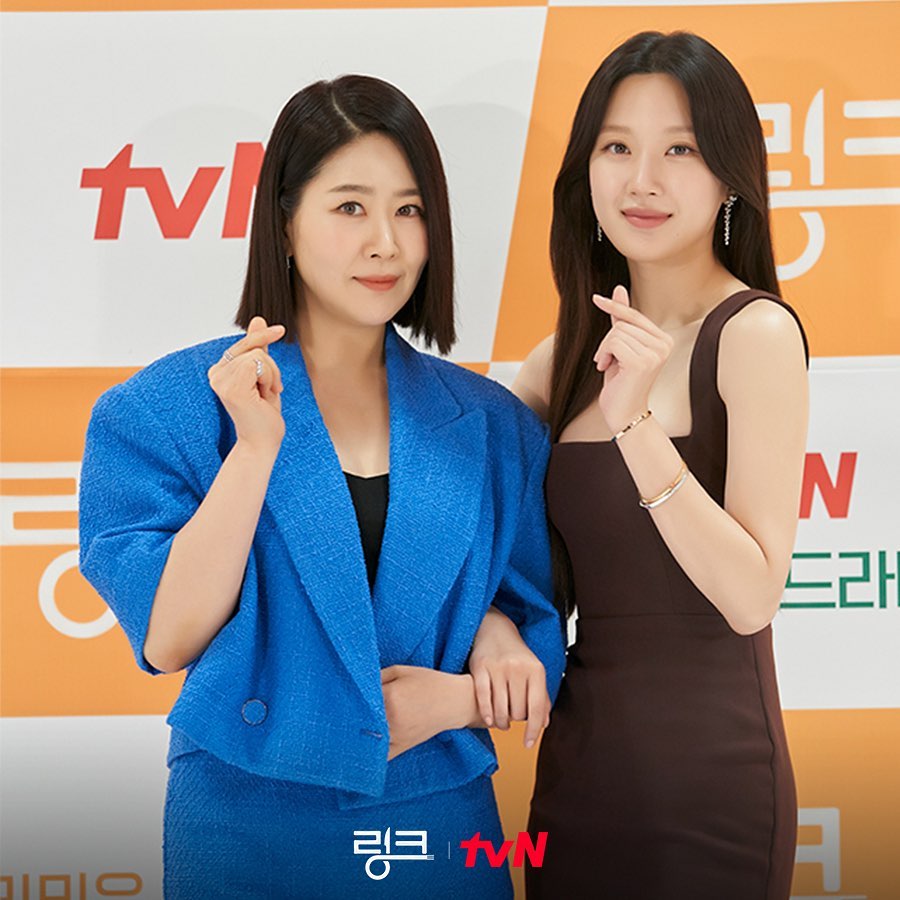 PD Hong Jong Chan said that when he first received the script last year, he found it to be very interesting, intriguing, and warm. “I enjoyed reading the script during a difficult time, and I hoped people in the same situation as me could enjoy watching the drama if I were to take on the project,” he revealed.

On how he came to take a role in the drama, Yeo Jin Goo shared, “At first, I didn’t know what to do with the character of Eun Gye Hoon. Although the drama’s title is ‘Link,’ he’s someone with a unique life. When someone else’s emotions suddenly get shared, his emotions keep changing throughout his daily life. The premise was intriguing.” He added, “I was drawn to the challenge as I grew curious about what kind of vibe the drama would have.”

Moon Ga Young described “Link” as a drama that could be both typical and atypical at the same time. She continued, “When you’re in love with someone, there’s bound to be misunderstandings. But thanks to the link phenomenon, there’s someone who understands your true feelings even before you put them into words. I started anticipating the drama because of that set-up.” 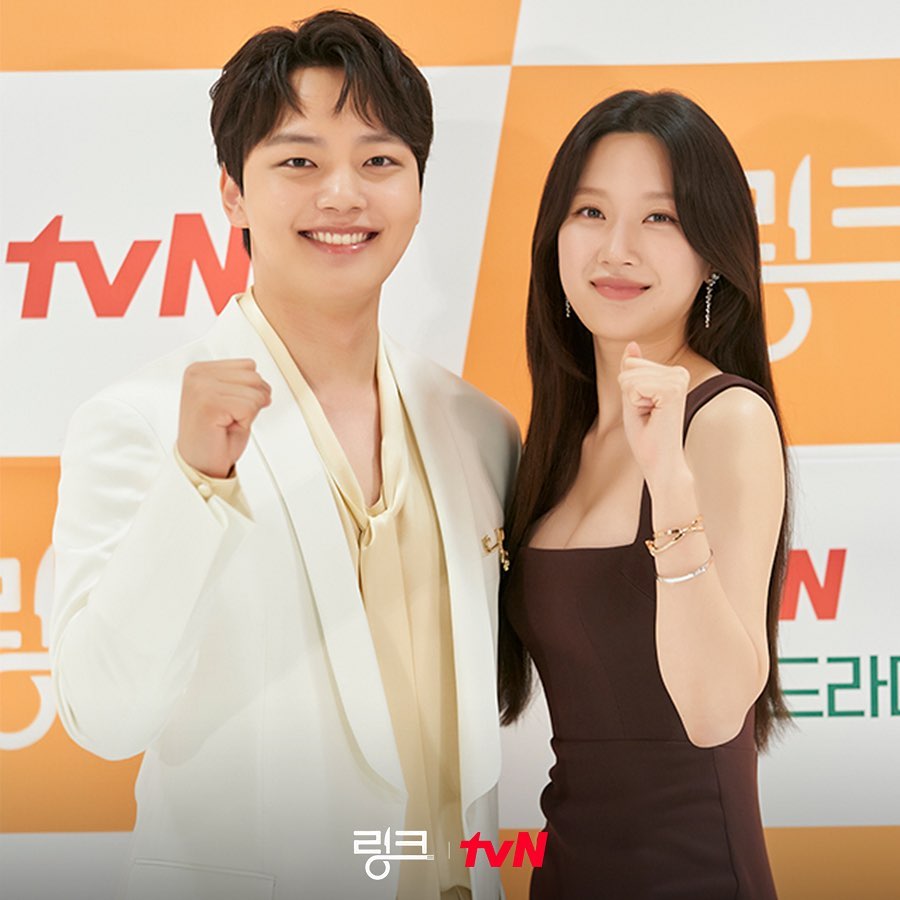 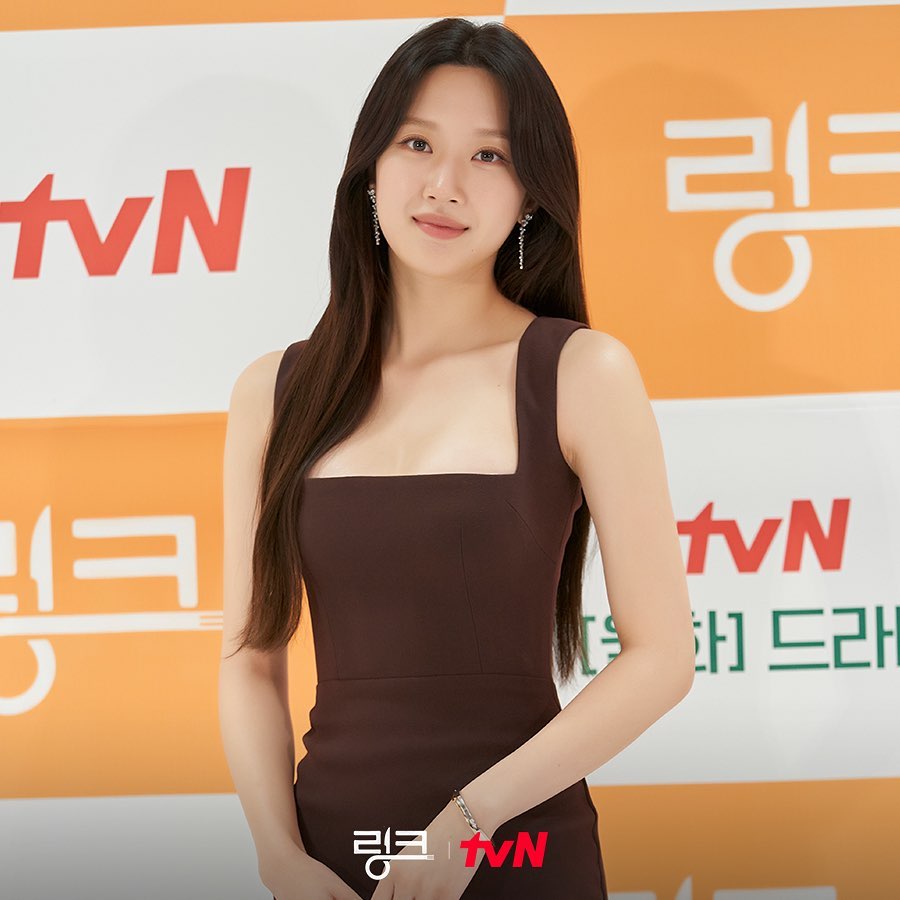 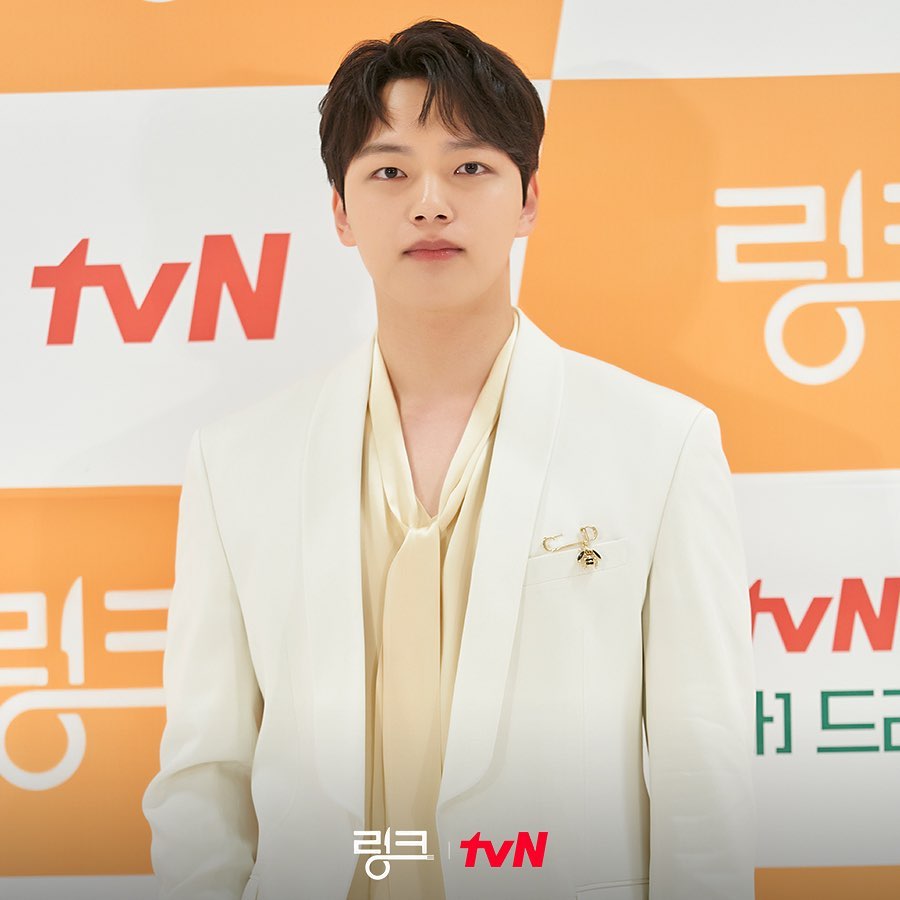 Moon Ga Young’s role in “Link” marks her first drama role in over a year. She vouched for the drama’s enjoyability as she said, “This drama is fun enough that it’s worth the one-and-a-half year wait. My fans will know this, but I’m not the type to just take a break from my work. I’m so excited for this drama and I really wanted to do it.”

She mentioned her role in her previous drama “True Beauty,” saying, “My role in my last drama was busy and a chance to challenge myself, but for this role I received a lot of support from a lot of people. I was able to experience a sort of therapeutic effect by going to the set.”

Yeo Jin Goo and Moon Ga Young first worked together in the 2009 dramas “Ja Myung Go” and “The Reputable Family.” Yeo Jin Goo spoke about how it felt to be reunited on set after 13 years as he commented, “Meeting her again for the first time in a long time feels really fresh and new. We talk a lot about dramas while on set. After talking about our memories of ‘Ja Myung Go’ and ‘The Reputable Family,’ we were able to deepen the appearance of affection between Noh Da Hyun and Eun Gye Hoon.”

Moon Ga Young added, “It was exciting to meet after such a long time, and it was obvious that we would feel comfortable, too. There are some child actors on set, and I get an odd feeling when I see them since we were right at that age when we filmed together.”

She remarked, “Whether we’re filming or working, we always look forward towards the future, but acting with him has me thinking about the past for the first time. Since we know each other so well, I got a lot of encouragement while talking with him.” 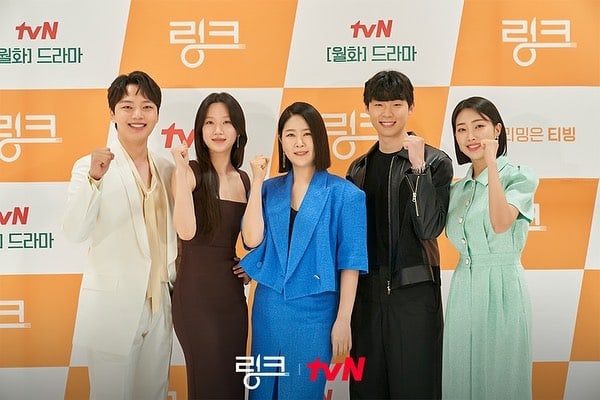 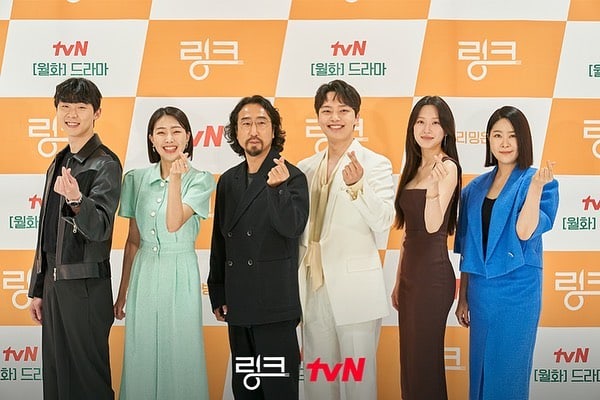 And check out Yeo Jin Goo in “Beyond Evil” below!