In Episode 14 which aired on June 2, Park Tae Joon suggested to Park Tae Yang that they be mixed doubles partners again. Additionally, Park Tae Yang was able to reconcile with Park Joon Young (Park Ji Hyun), raising anticipation for what’s to come in the drama’s final two episodes. With the “Love All Play” finale quickly approaching, here are the best scenes as chosen by the two leads!

Park Ju Hyun: “All the scenes in Episodes 15-16 where Park Tae Yang overcomes her pain and moves forward”

Up until now, “Love All Play” has detailed the difficult journey of Park Tae Yang learning to overcome all her past pain and struggles. She eventually meets Park Tae Joon, who loves her unconditionally, and she’s even able to correct the incident from three years ago and reconcile with Park Joon Young. In the final two episodes, Park Tae Yang will be able to escape from her past and move forward. With Park Ju Hyun naming Park Tae Yang’s competition preparation process as the best scenes, viewers are growing more and more curious to see what unfolds in Episodes 15 and 16.

The actress commented, “We all have scars and we live on as we face new ones. However, I want to send my unconditional support to youth so that they do not lose to that tragedy. Additionally, I believe that you will overcome this too and move forward boldly. This is also something I’m telling myself,” conveying her desire that Park Tae Yang will offer viewers the same comfort the character gave Park Ju Hyun. 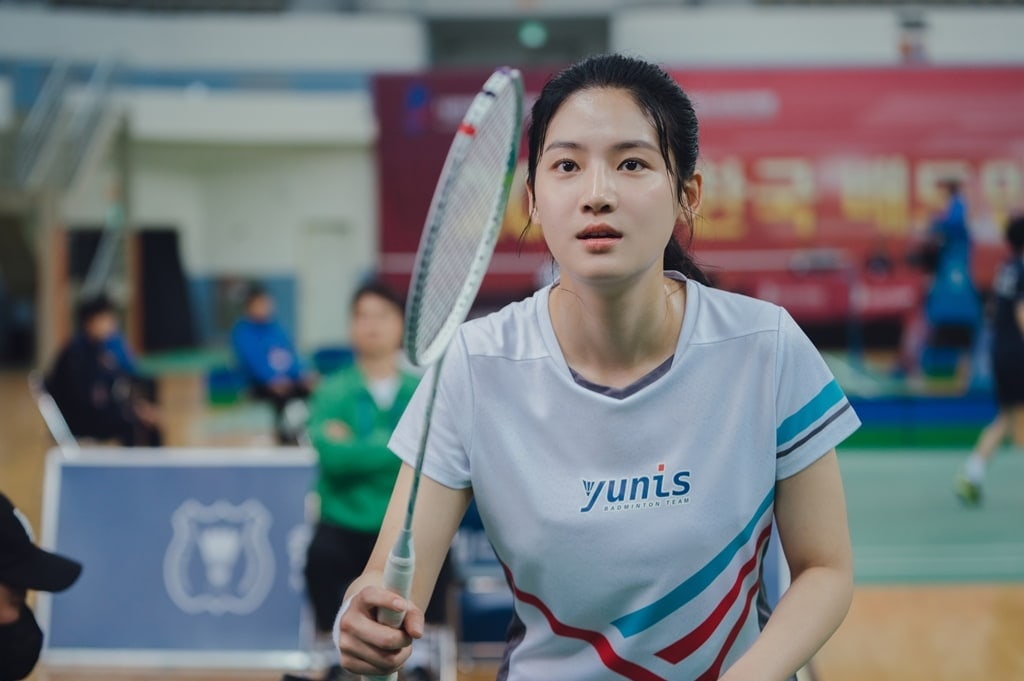 Chae Jong Hyeop chose the Episode 7 ocean scene as the best one, where Park Tae Joon discovers the truth behind Park Tae Yang and Park Joon Young’s relationship, which presents a new aspect of conflict. He shared, “As the point where the drama’s overall atmosphere changes, Tae Joon’s tension also changes as a result of this. After Tae Joon learns the truth about everything, I believe this is the scene that becomes his opportunity to become stronger and overcome this to move forward.”

Chae Jong Hyeop also shared that the scene in Episode 11 where Park Tae Joon gifts Park Tae Yang a scarf and reveals that Park Joon Young is his older sister was very memorable. He commented, “It’s memorable because I think it’s a scene where he is able to slightly let go of the weight he’s had in his heart while watching Tae Yang have a hard time because of her relationship with Joon Young.” This is also a memorable scene for viewers who were able to see the detailed changes in emotion as each character processed the reveal of Park Tae Joon’s secret.

Watch Chae Jong Hyeop in “The Witch’s Diner” below!