“Broker” is the first-ever Korean film made by star Japanese director Koreeda Hirokazu. The film tells the story of baby boxes, which are set up for people who are no longer able to provide for their babies to anonymously give them up. Song Kang Ho and Kang Dong Won star as self-proclaimed well-intentioned “broker” partners Sang Hyun and Dong Soo. IU plays So Young, a new mother who winds up joining the brokers’ journey. Bae Doona and Lee Joo Young play detective Soo Jin and detective Lee who are chasing after the brokers.

At the 75th Cannes Film Festival held late last month, “Broker” competed for the Palme d’Or. While it did not win the grand prize, Song Kang Ho won Best Actor for his role in “Broker,” making him the first Korean male ever to win an acting award at the historic film festival. 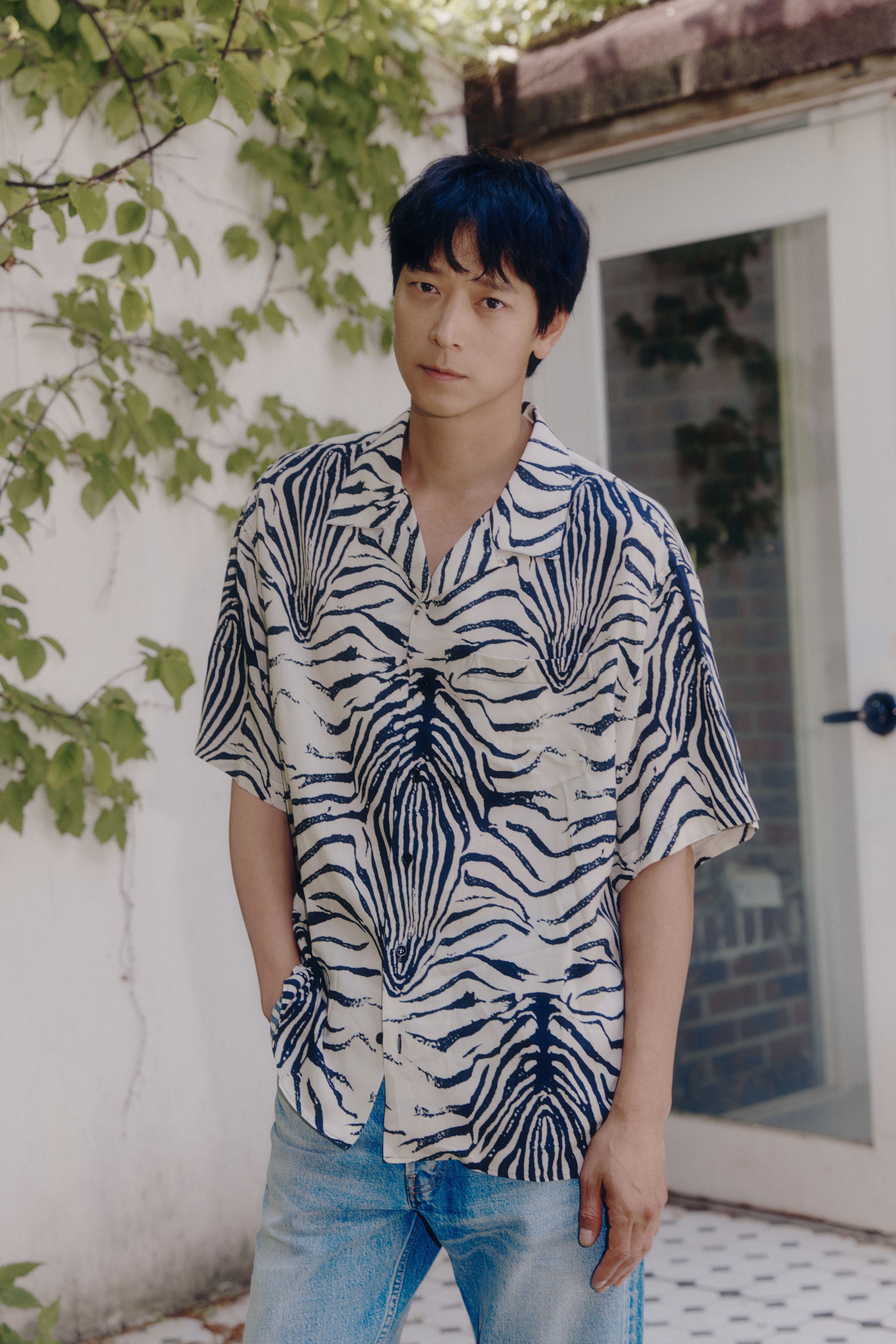 On working with star director Koreeda Hirokazu, Kang Dong Won shared, “The director’s style is closer to indie films than genre films, so it was more comfortable while filming. As he’s such a master, I just trusted [him] and filmed enjoyably.”

Kang Dong Won recalled their first-ever meeting, saying, “It was about seven years ago so I get it mixed up, but we’ve decided that we first met coincidentally at the Japanese Roppongi Hotel.” With a laugh he added, “I don’t even know if that’s accurate.”

He explained, “After that, we set up a separate meeting and began [our relationship] by saying that we should work together if there’s a project worth doing [for the both of us]. The director said he’d write a synopsis and get back to me. The next time we met, he sent the synopsis and we met again to talk about it, and that’s how we ended up working together.”

Kang Dong Won continued, “This is the first project I discussed before there was even a synopsis and since I participated even when the overall synopsis was still being developed, I figure that it’s the first project that I’ve experienced producing. Also, out of all my acting thus far, I think this was the character that took the most energy.” 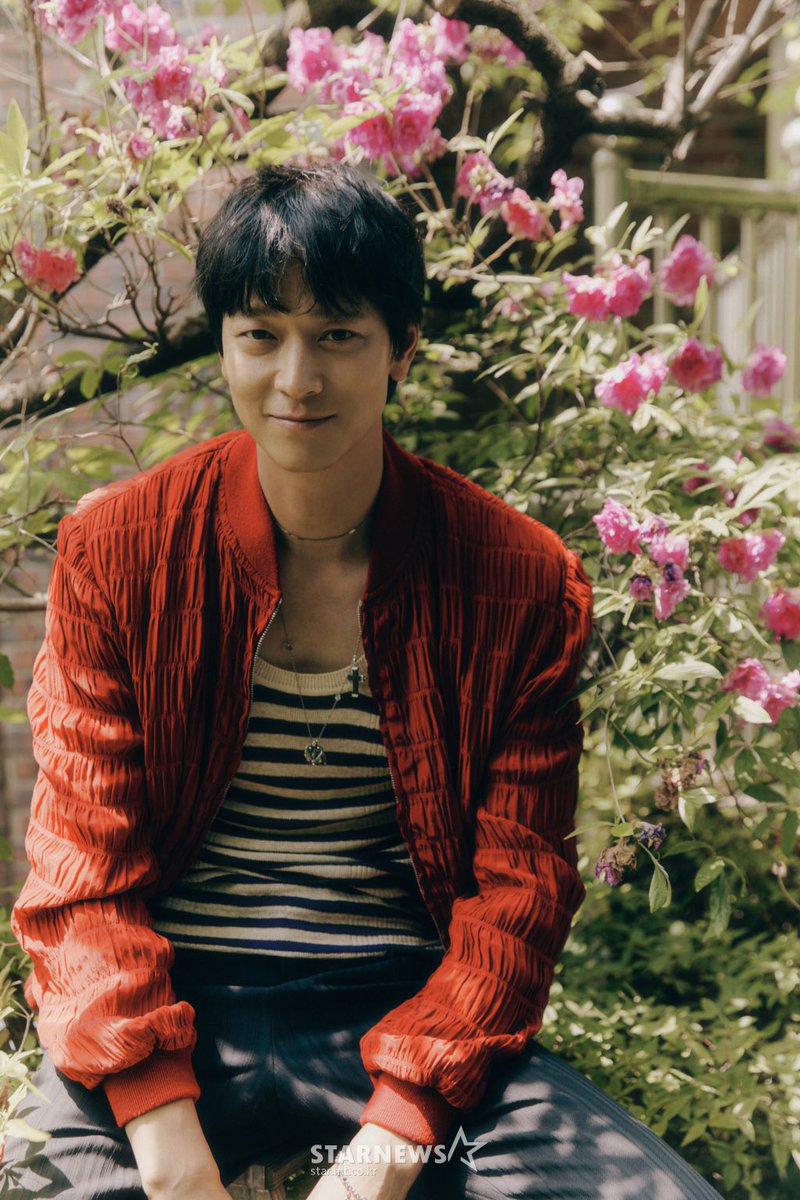 He spoke about working with co-star IU, sharing, “It was our first time working together but it was good. I haven’t been able to talk to her too much.”

Kang Dong Won added while laughing, “Ji Eun [IU’s birth name] played with Doo Na and Joo Young and I played with the old man [Song Kang Ho].” He then elaborated, “Also it was the [height of the] pandemic when we were filming and there were no gatherings so we couldn’t meet up. Even while promoting, we were busy promoting as soon as we went to Cannes and as soon as we came back.”

When asked if he gave IU any acting advice, Kang Dong Won wittingly answered, “I’ve got my own fish to fry.” He continued, “She did so well and even while filming, I knew she would do well and thought that the response would be good. Just as expected, the response was good once we got to Cannes.” 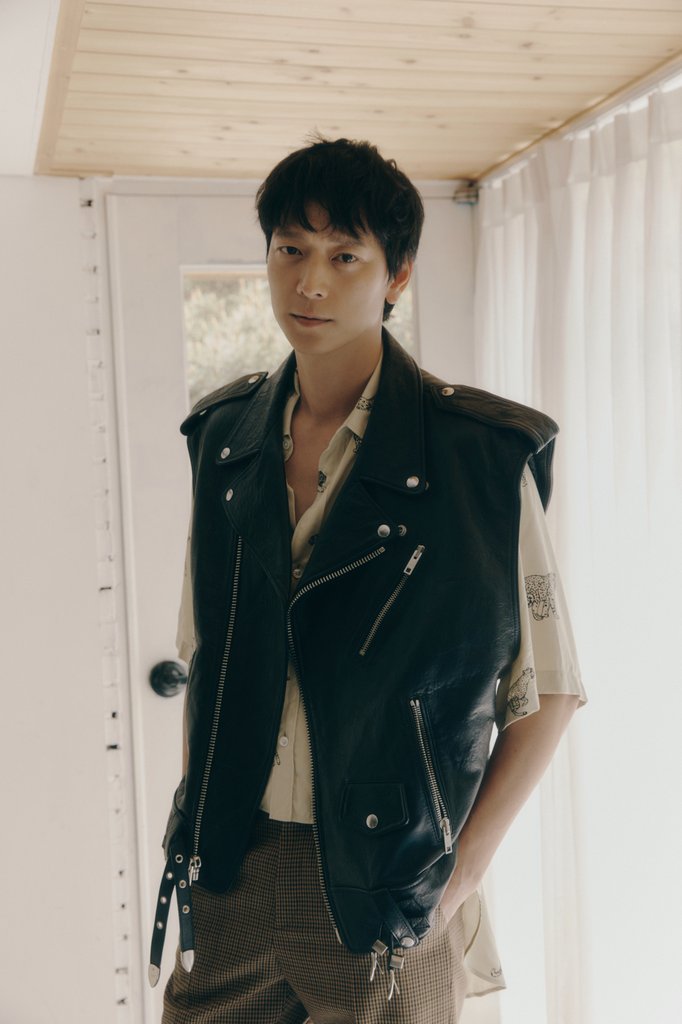 Additionally, Kang Dong Won touched on his friendship with BTS’s V, who recently came to support the actor at the VIP test screening of “Broker.”

He commented, “I personally don’t like VIP test screenings. It’s too much work because you have to personally contact guests to invite them and assign seating. Since I don’t have enough tickets, I can’t invite everyone. I only got two rows [of seats] this time so arranging seats for my guests was so hard. My guests may not have good relationships [with each other] and I have to think about their personalities.” Laughing, Kang Dong Won shared, “Since I only have a few good seats, I asked for the understanding of those with good personalities.”

Regarding V, Kang Dong Won shared, “I met V through a mutual friend and he said he wanted to meet. Although we’re not exactly from the same place, V said he heard a lot about me in [our hometown] Geochang since he was young because I’m famous in that neighborhood.”

He continued, “V is close with singer Park Hyo Shin and when I was with Hyo Shin, our acquaintance asked if they could invite [V] so I ended up meeting him.” Kang Dong Won then joked, “But I still don’t like stuff like school ties, hometown ties, or family ties.”

Since the actor was so concerned about his guests’ seating arrangement at the test screening, Kang Dong Won was asked where he placed V. He jokingly answered, “Typically, I should put Tae Hyung [V’s birth name] at the front, but because of a close friend, he went to the back. My original thought was that because he’s young, it’d be okay to put him in the front row so he can watch while holding his head up.”

After premiering at the Cannes Film Festival last month, “Broker” will officially hit theaters on June 8. Check out the trailer here!

Catch Kang Dong Won in “My Brilliant Life” below: