OMEGA X’s Jaehan and Yechan’s upcoming drama “A Shoulder to Cry On” has released a special promotional poster for the Cannes Film Market!

“A Shoulder to Cry On,” which will mark both Jaehan and Yechan’s first leading roles in a drama, is a new BL drama based on the webtoon of the same name (also known as “Cheer Up Boy”). The drama adaptation will tell the love story of Lee Da Yeol, a student who dreams of becoming an archer, and Jo Tae Hyun, an extremely popular student who deceives himself about his own emotions due to painful emotional scars from his past.

Jaehan will star as Lee Da Yeol, the aspiring archer who is entirely focused on his athletic career, while Yechan will play Jo Tae Hyun, who believes himself to be a sociopath.

On June 9, OMEGA X’s agency SPIRE Entertainment officially released the Cannes Film Market poster for “A Shoulder to Cry On,” which features the two leads standing alone in a sunny high school classroom. 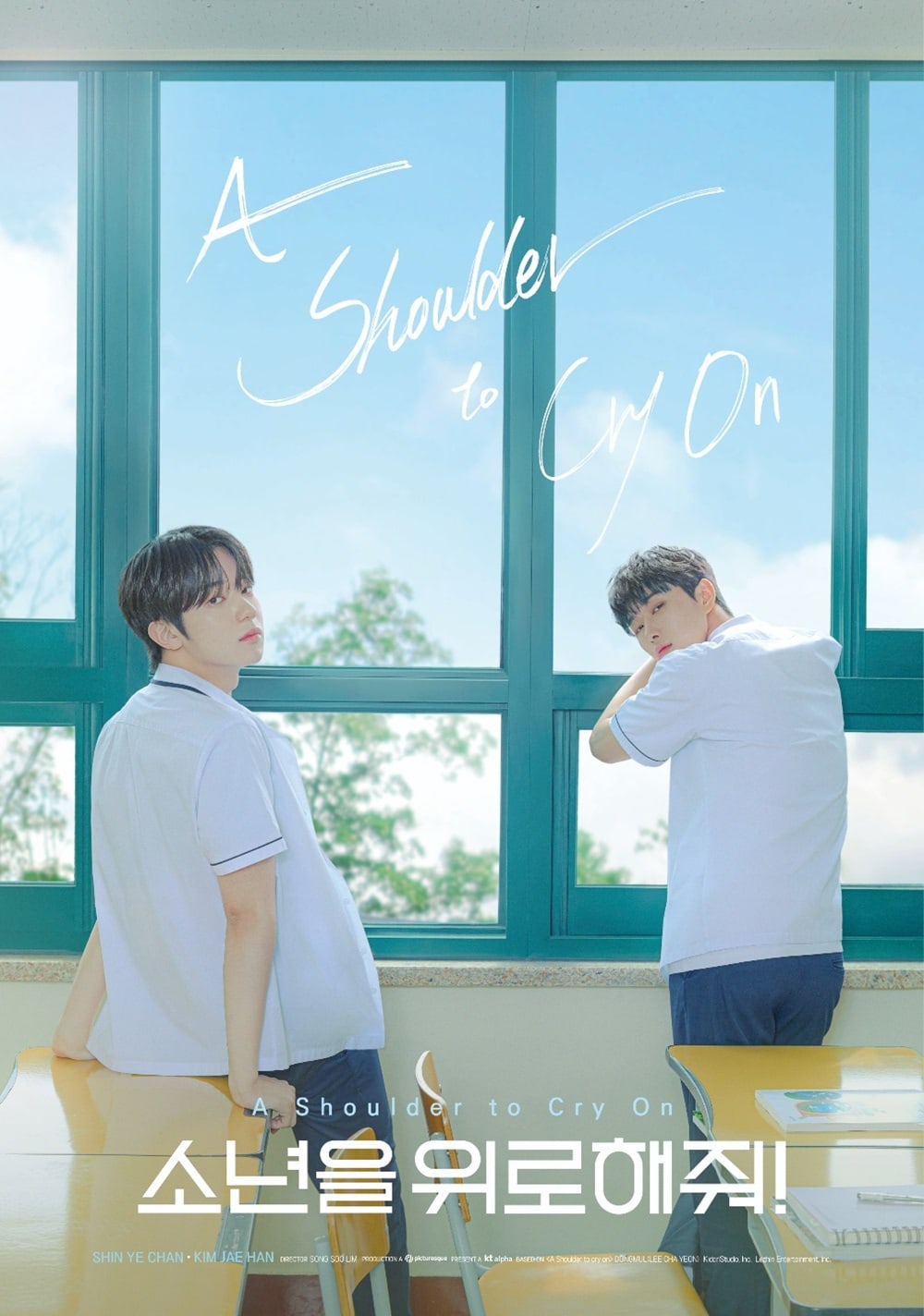 “A Shoulder to Cry On” will premiere in mid-September, and the official poster for the drama is scheduled to be released in August.

Meanwhile, OMEGA X is currently gearing up to to make a comeback with their first-ever full-length album “Story Written in Music” on June 15 at 6 p.m. KST. Check out their latest teasers here!

Jaehan
Shin Yechan
OMEGA X
A Shoulder to Cry On
How does this article make you feel?