Get ready for more than one special appearance on this week’s episodes of “Cleaning Up”!

A remake of the British television series of the same name, “Cleaning Up” is a new JTBC drama about three cleaners at a securities firm that attempt to forge a new destiny for themselves after accidentally overhearing some key information about insider trading. Yum Jung Ah stars as Eo Yong Mi, the leader of the trio, while Jun So Min and Kim Jae Hwa play the other members of her squad.

This week, Cha Chung Hwa will be making a special appearance in the drama as the sister-in-law of Meng Soo Ja (Kim Jae Hwa), in a role that highlights Meng Soo Ja’s status within her family. The two actresses are also currently starring together in the new SBS drama “Why Her?“, which just premiered last week. 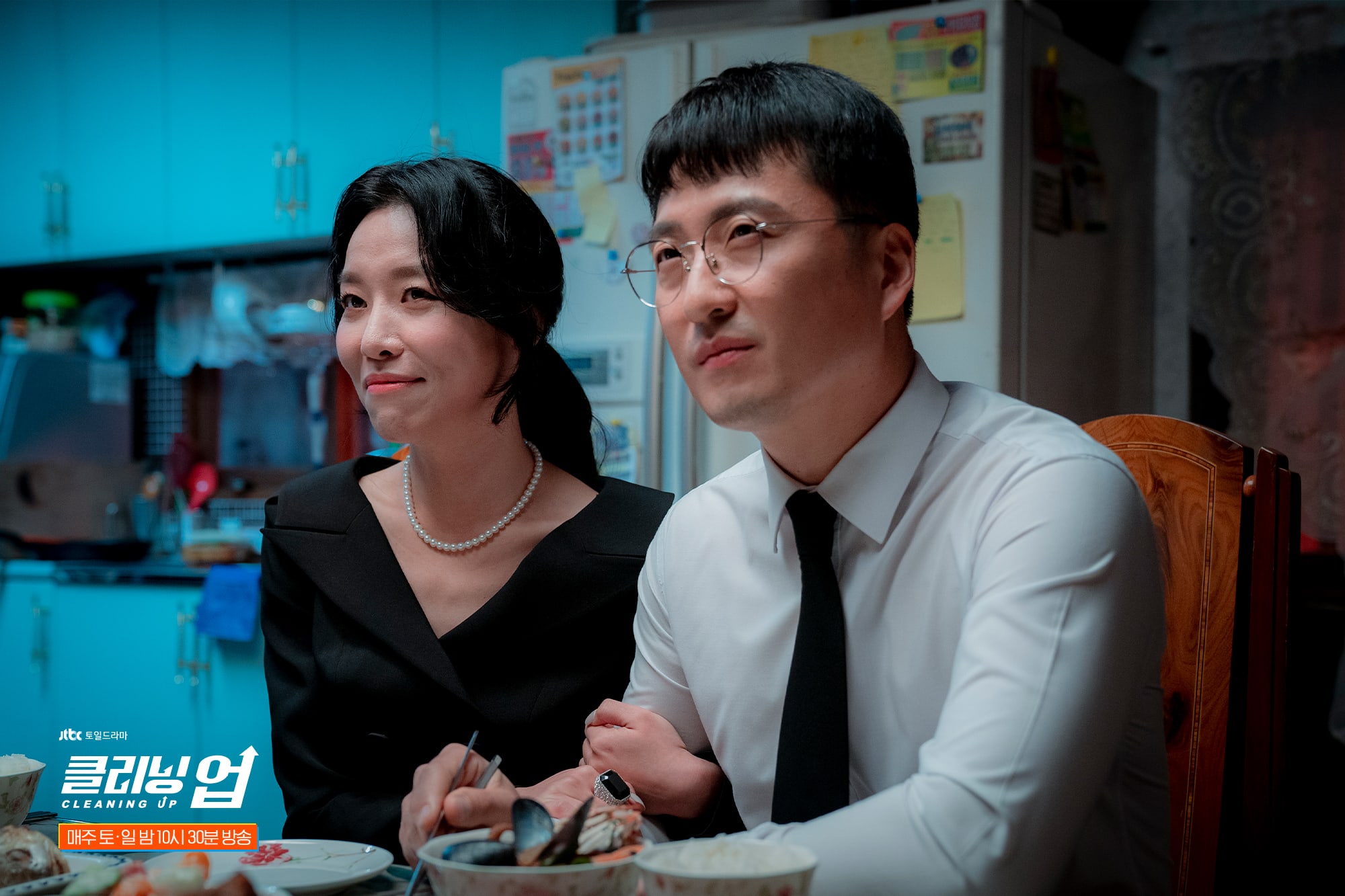 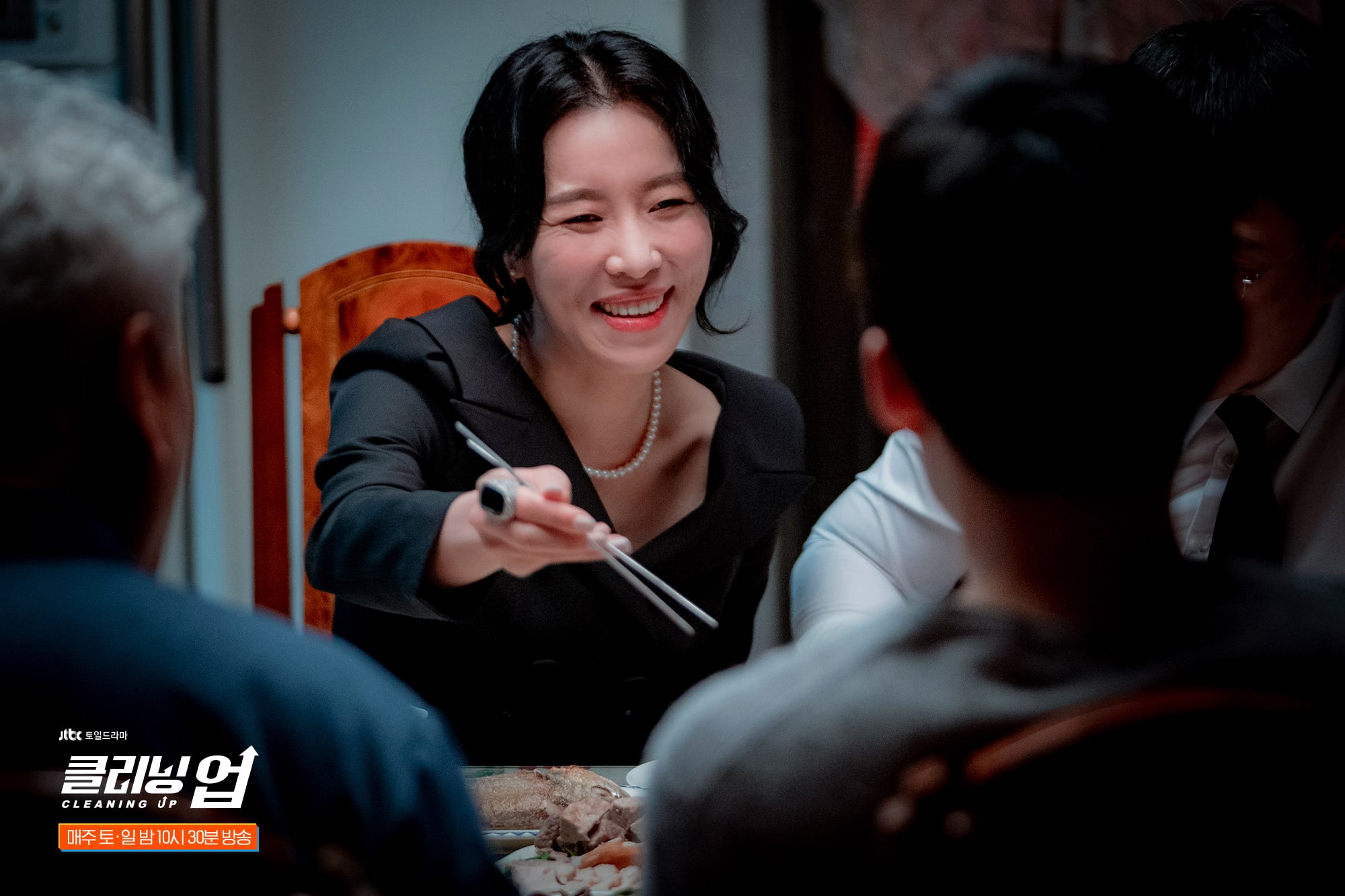 Meanwhile, Kim Jae Hwa’s real-life sister Kim Hye Hwa will be making a cameo as Song Mi Hwa, a member of the IT team at the securities firm Vested. Her character will seek out the cleaners in their break room—an unusual occurrence at the firm, where the cleaners are usually treated as invisible people. 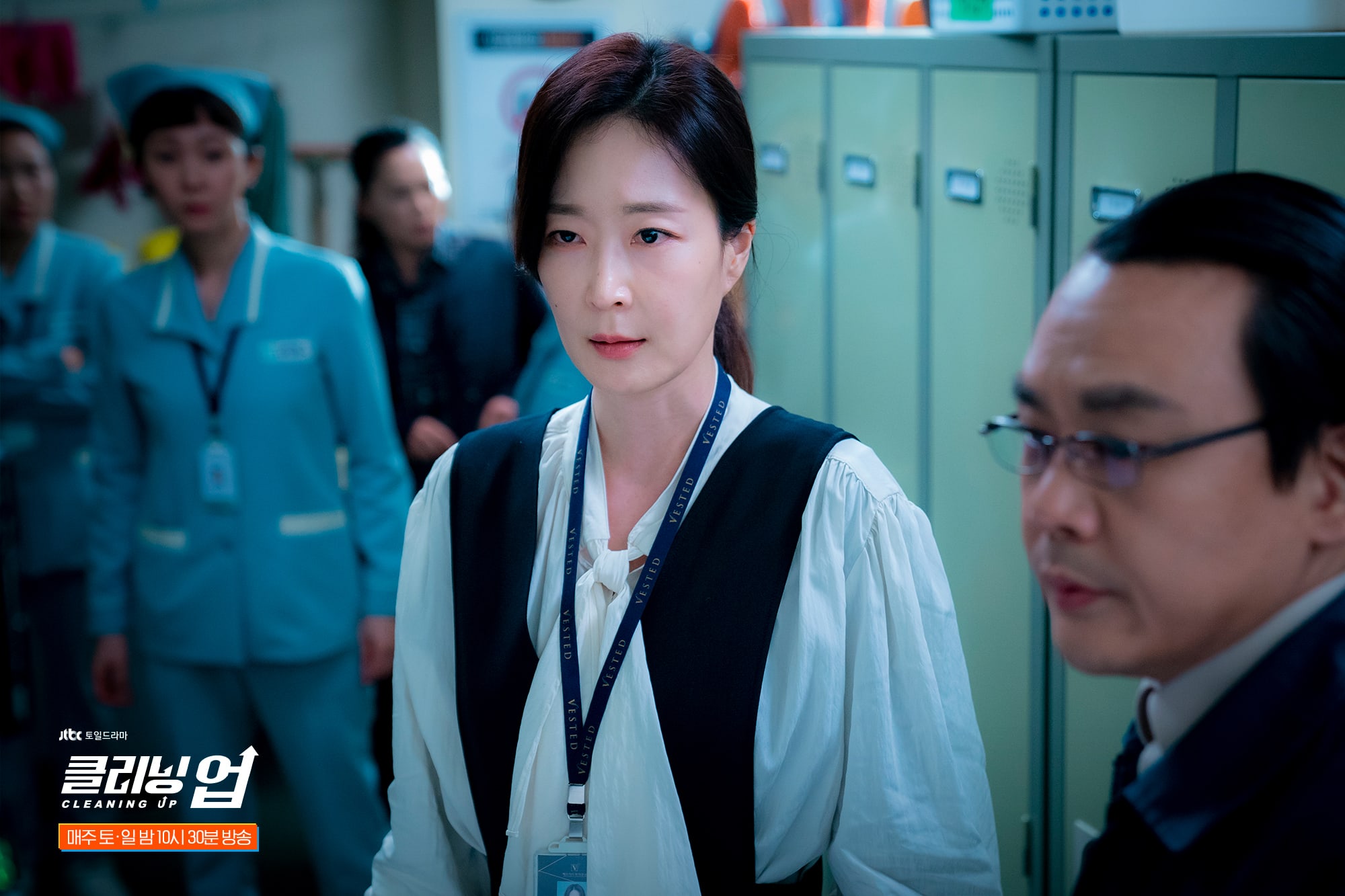 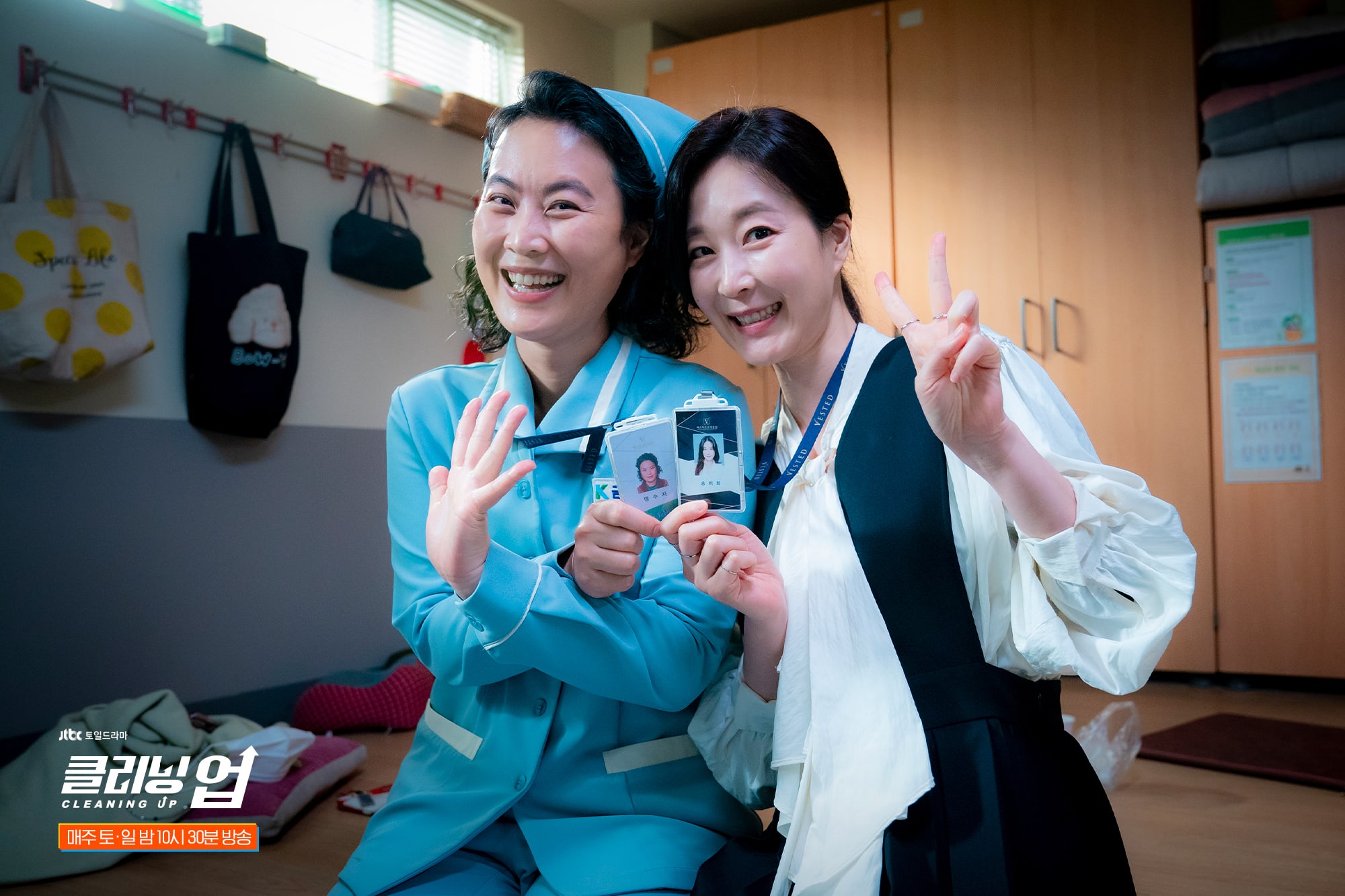 The producers of the drama remarked, “This week, two masters of acting—Cha Chung Hwa and Kim Hye Hwa—are coming to ‘Cleaning Up.'”

“The two actresses both left brief but powerful presences through their solid acting skills,” they continued. “Please keep an eye on the appearance of these two people, who will add color to the story of the fearless cleaners’ attempt to hit the upper limit price of life.”

In the meantime, watch Kim Jae Hwa and Cha Chung Hwa in their new drama “Why Her?” with subtitles below!