Upcoming sci-fi film “Alien” has confirmed its release date and shared a new poster and trailer!

The latest teaser poster showcases the main cast with a huge spaceship behind them and the ruins of Seoul beneath them. The main trio includes Ryu Jun Yeol as Taoist Moo Reuk, Kim Woo Bin as Guard, the escort of alien prisoners, and Kim Tae Ri as Lee Ahn, a woman who can shoot thunder.

They’re joined by detective Moon Do Seok (So Ji Sub), a detective whom aliens chase for no reason, and Yum Jung Ah and Jo Woo Jin, who play the two gods of Samgak Mountain, Heuk Seol and Chung Woon. Kim Eui Sung plays the mysterious masked man Ja Jang who is after the legendary sword, while Honey Lee portrays Min Gae In, who is curious about Guard’s true identity. Shin Jung Geun and Lee Si Hoon play Woo Wang and Jwa Wang, the cats who live inside Moo Reuk’s fan. 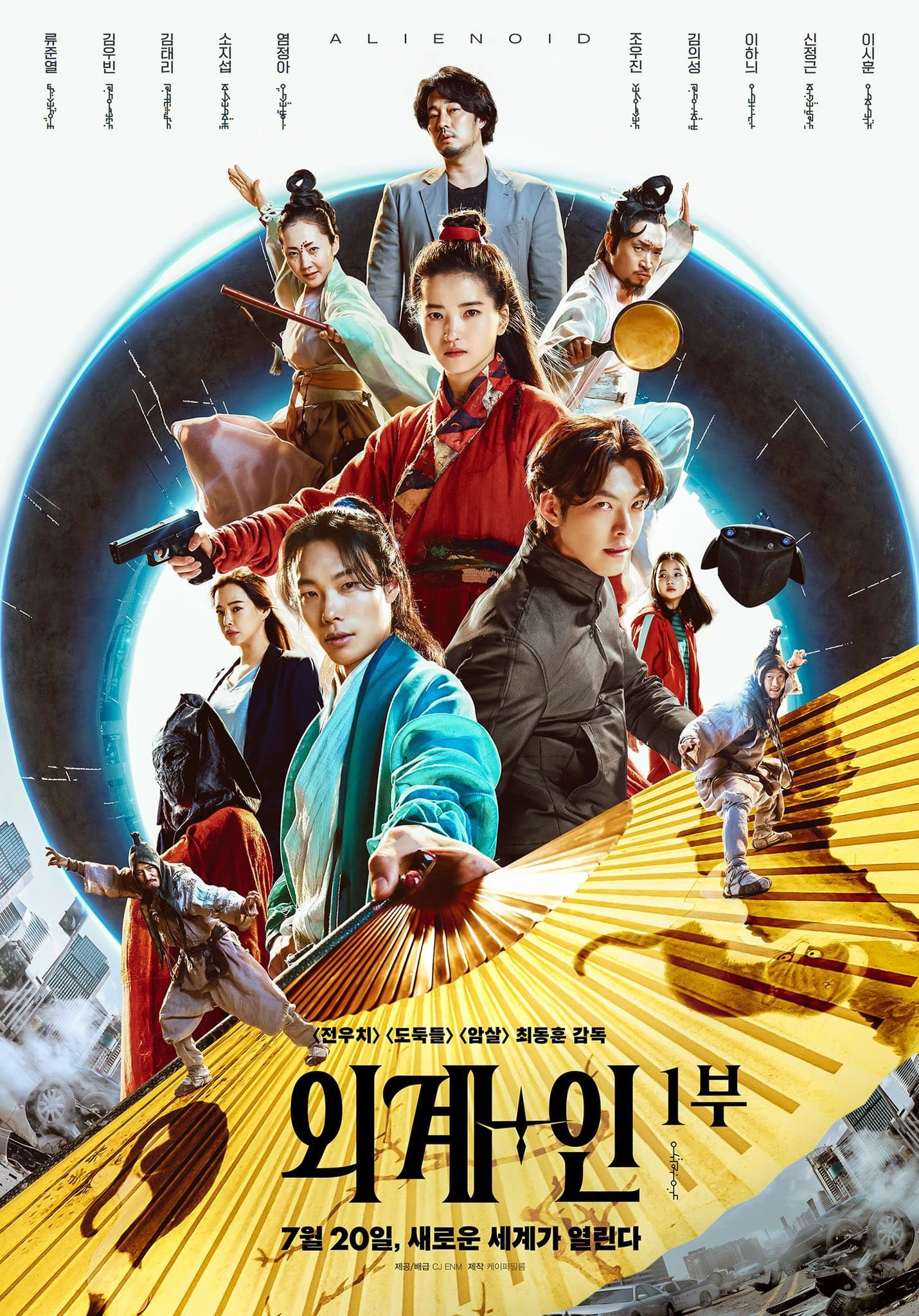 The new trailer starts off with a high-scale spaceship tearing up the city. As more chaos ensues, Kim Tae Ri narrates, “For a long time, aliens have trapped their prisoners inside human bodies.” Later, a robot calls out, “Jailbreak!” announcing that an alien has been able to escape the human body.

The film also travels between modern day and the era of the Goryeo Dynasty, introducing a mysterious legendary sword and a time portal that allows Guard to travel through generations. As some try to stop the alien prisoner escapee, others try to get ahold of the legendary sword that allows for this chaotic time travel.

Part 1 of “Alien” is set to premiere on July 20. Watch another trailer here!

Check out So Ji Sub in “My Secret Terrius” below: