Community, Friendship, And Love: What To Watch If You Loved “Our Blues”

“Our Blues” was the new tvN summer feels K-drama that brought viewers so much joy, tears, and healing. It was the perfect series that touched on every topic imaginable. From mental health to teenage pregnancies and death, the series showed us the value of family, friendship, and love while tackling some serious issues. If you’re going through some withdrawal now that the series is over, here are some other similar K-dramas or shows that are worth checking out. 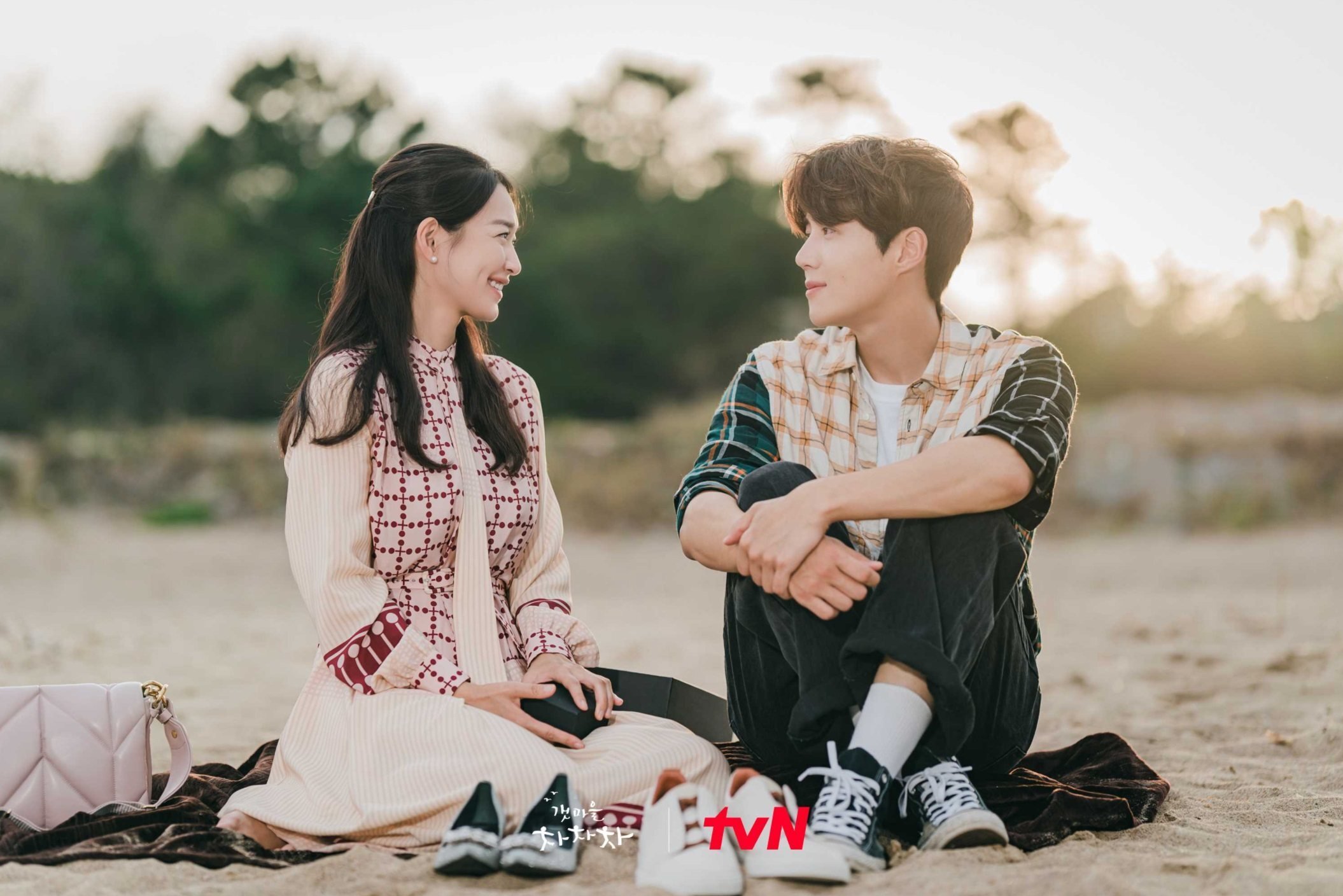 Shin Min Ah plays Yoon Hye Jin, a dentist who quits her job in the city as a result of a fight she gets into with her boss. She moves to a small town to start fresh but finds herself getting into a lot of bad luck when she gets there, causing her to rely on the help of Hong Doo Shik, played by Kim Seon Ho. Doo Shik is a local resident who is technically unemployed but has a lot of odd jobs. He continually helps Hye Jin while she gets back on her feet and eventually opens up a practice in the small town.

This series has got a lot of the same feels that “Our Blues” brought to viewers. The various stories and issues that individuals are dealing with are shown throughout the series. You become invested in a lot of the characters and their lives as there is no such thing as a minor character! You will laugh, cry, and find healing in a lot of the stories as resolutions are found. The series takes place in a small town, offering a sense of peace and comfort amongst the tight group of villagers much like “Our Blues” did. 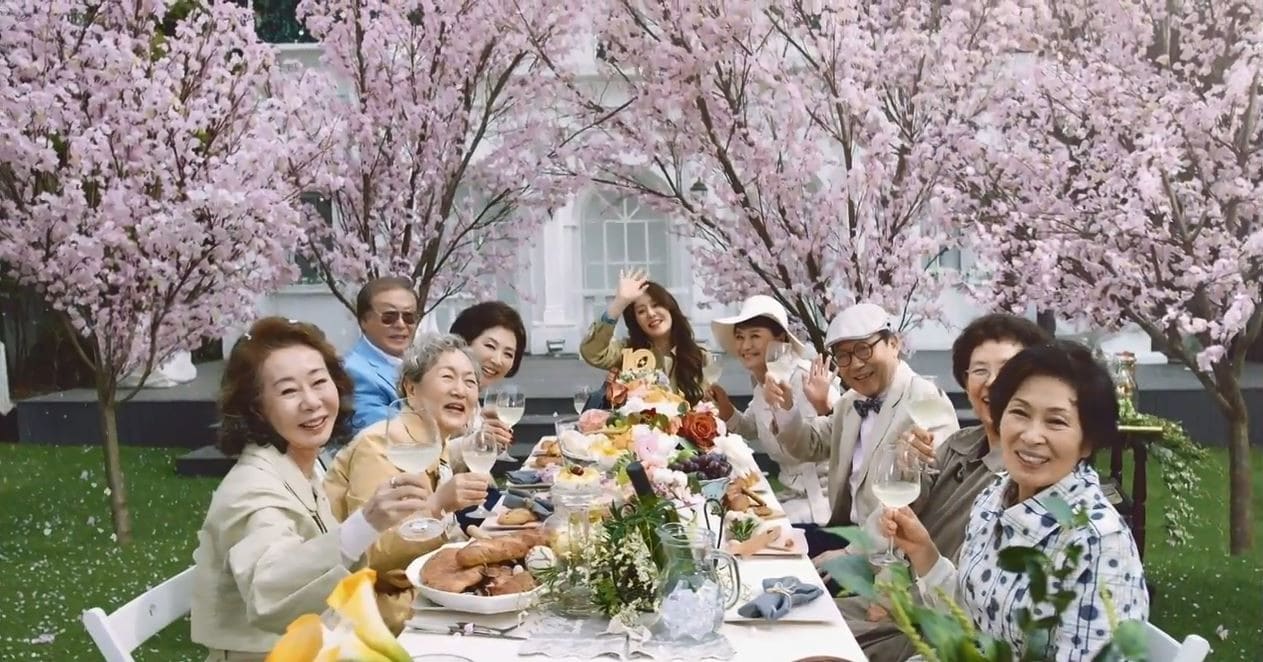 “Dear My Friends” is another series written by Noh Hee Kyung which has an all-star cast of various A-list actors including Go Hyun Jung, Shin Sung Woo, Kim Young Ok, Na Moon Hee, Go Doo Shim, Jo In Sung, and Lee Kwang Soo, amongst many others. This series focuses on the relationship between an older generation and younger generation of people.

“Dear My Friends” is probably the closest to being similar in feel as “Our Blues.” In true Noh Hee Kyung fashion, she is able to magnify the emotions and dynamics involved in relationships that people have with elders. The series will bring you to tears as well as bring healing to those who need it. With many veteran actors starring in this series, you will not only recognize a lot of the actors, but you’ll also appreciate their effortless acting abilities as well as tight-knight chemistry. 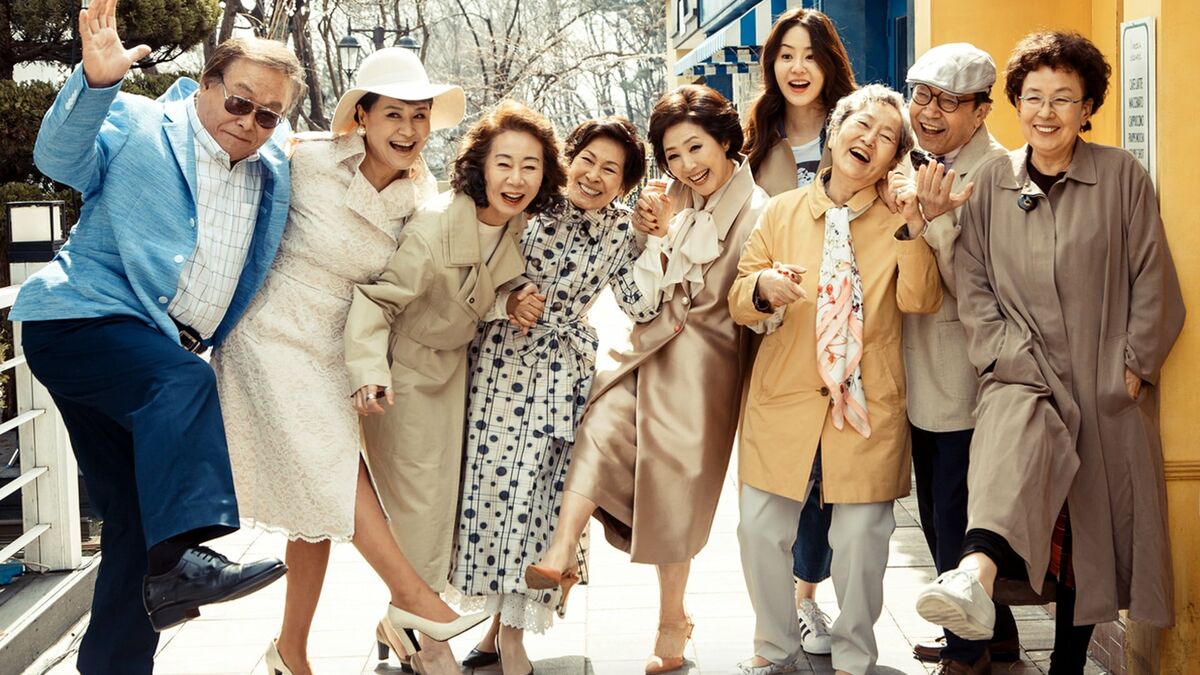 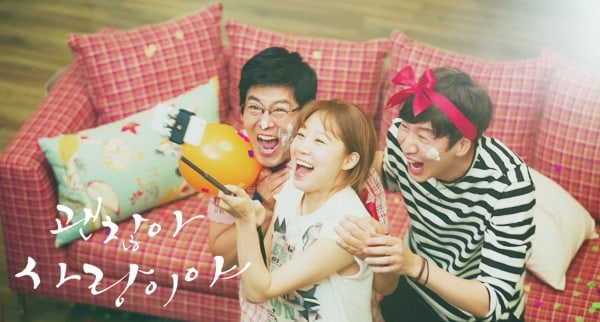 In “It’s Okay, That’s Love,” Jo In Sung stars as the megastar writer Jang Jae Yeol who meets Ji Hae Soo, played by Gong Hyo Jin. They develop a strong distaste for each other, but when Hae Soo discovers that the owner of the house she’s renting belongs to Jae Yeol, she must make amends and put up with his arrogant ways. Despite their hate for each other, they discover that they’re a lot alike, and this becomes a breaking point in their relationship. From here stems a beautiful romantic relationship.

Another project written by Noh Hee Kyung, “It’s Okay, That’s Love” hits the exact same emotional notes as “Our Blues.” The series places a big emphasis on mental health and the value of seeking help when struggling through it. Jo In Sung and Gong Hyo Jin manage to carry the series beautifully with their amazing acting skills as well as passionate chemistry. Additionally, the supporting cast of Sung Dong Il, Lee Kwang Soo, and D.O. equally shined. The whole storyline, soundtrack, and performances will move you like no other series – it’s a definite must-watch for any K-drama lover! 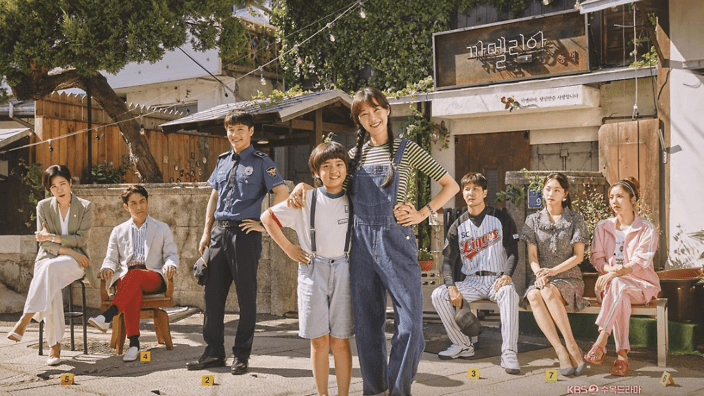 “When the Camellia Blooms” stars Kang Ha Neul and Gong Hyo Jin as two lovers who live in a small town. Dong Baek (Gong Hyo Jin) has a lot of baggage as a result of being abandoned by her son’s father. But this doesn’t stop the enigmatic and passionate Hwang Yong Sik (Kang Ha Neul) from falling deeply in love with her and her son. Hwang Yong Sik’s infectious positivity is an attribute that Dong Baek finds solace in despite the hardships of being a single mother.

“When the Camellia Blooms” is the perfect small town story with an adorable romance at the forefront. There is a reason why this series won the Grand Prize at the Baeksang Arts Awards. The romance between Gong Hyo Jin and Kang Ha Neul is unforgettably endearing, and we can’t forget the upfront and honest Yong Sik who won all of our hearts. The vibe of this series is very similar to that of “Our Blues,” as the theme of a community of people coming together to help one another is prominent! 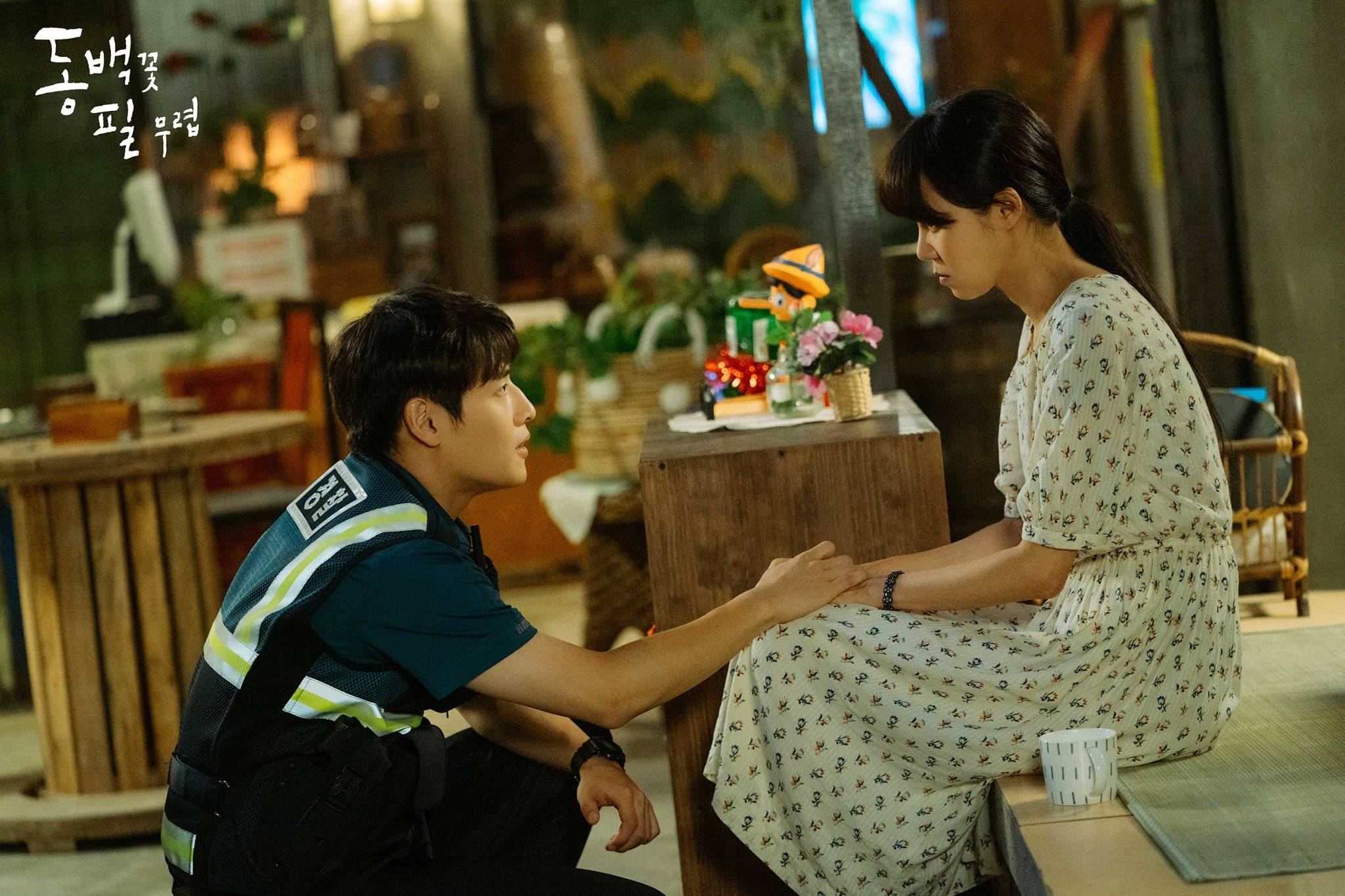 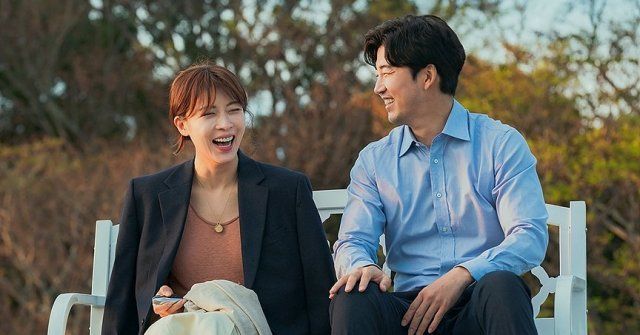 Starring Yoon Kye Sang as Lee Kang and Ha Ji Won as Moon Cha Young, “Chocolate” is about a man and woman who meet as children and face very unfortunate circumstances that drive them apart. They go through some tragic events that fatefully bring them together again as adults. Lee Kang becomes a successful brain surgeon, and Moon Cha Young is a chef. Cha Young recognizes Lee Kang when she first reunites with him, but he fails to recognize her, which makes for a very confusing and awkward situation for Cha Young.

In terms of similarities with “Our Blues,” “Chocolate” is a series that definitely fits the bill. From the various stories that touch our hearts to the emotional rollercoasters throughout the drama, “Chocolate” is a profound series that brings out all of the emotions. With mega stars Yoon Kye Sang and Ha Ji Won leading the cast, their presence on screen and slow-burn romance will have you on the edge of your seat. Although this series is mainly about their romance, the side stories are bound to have you invested! 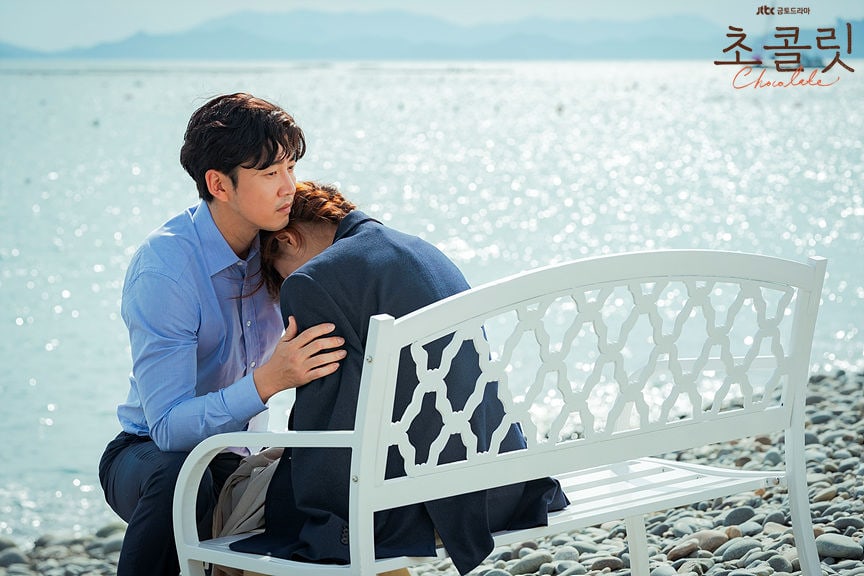 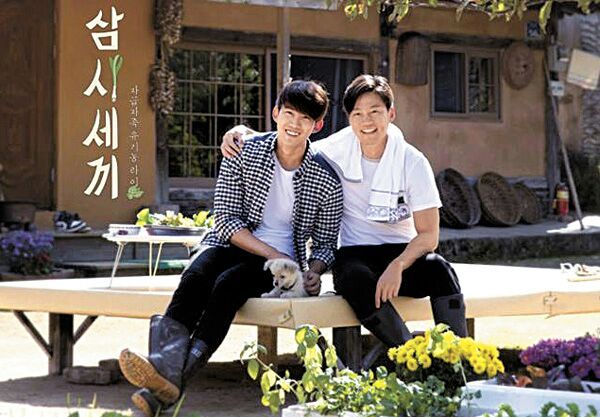 “Three Meals a Day” is a series produced by Na Young Suk. There have been several seasons already, but the slow pace and simplicity of the show is perfect to relax to. The core cast has the responsibility of making three meals a day using the ingredients that they have. If they want to buy more groceries or meat, they have to work to make the money. The show also has various star-studded guest appearances.

The show is very plain and simple in concept, but it is perfectly delightful. Watching various celebs get shipped to a countryside and have to fend for themselves while they struggle to make meals all day may not seem addictive, but it is! Their endearing sentiments, sense of humor, and interactions with the guests all provide a sense of solace and friendliness that you may not have expected. There is a reason why there have been nine seasons of the series! Hopefully they will return with a new season soon. 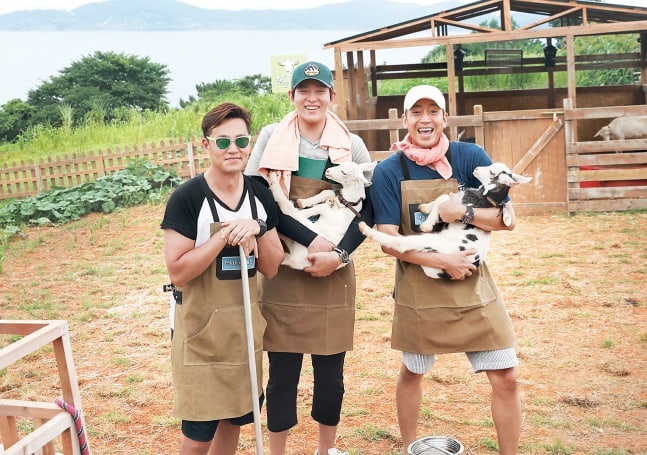 In the meantime, check out the “Seaside Ranch” season here:

Hey Soompiers, how much did you love “Our Blues”? Let me know in the comments below!

Soompi Spotlight
It's Okay That's Love
Dear My Friends
When the Camellia Blooms
Hometown Cha-Cha-Cha
Our Blues
How does this article make you feel?