On the first episode of “Alchemy of Souls,” the great assassin Nak Soo used forbidden soul-swapping magic to switch bodies with the physically weak Mu Deok Yi (played by Jung So Min). When she crossed paths with Jang Wook (Lee Jae Wook), he immediately noticed the telltale blue light in her eyes that revealed her identity as a soul shifter—and as he had been searching for a master to teach him magic, he bought her as a servant in the hopes of convincing her to become his teacher.

In newly released stills from the drama’s next episode, it appears that Mu Deok Yi has fallen into grave danger. After finding her covered in blood and seemingly about to lose consciousness at any given second, a worried Jang Wook visibly frets over Mu Deok Yi as she nearly collapses in his arms. In the end, he tenderly pulls her close so that she can rest her head on his shoulder. 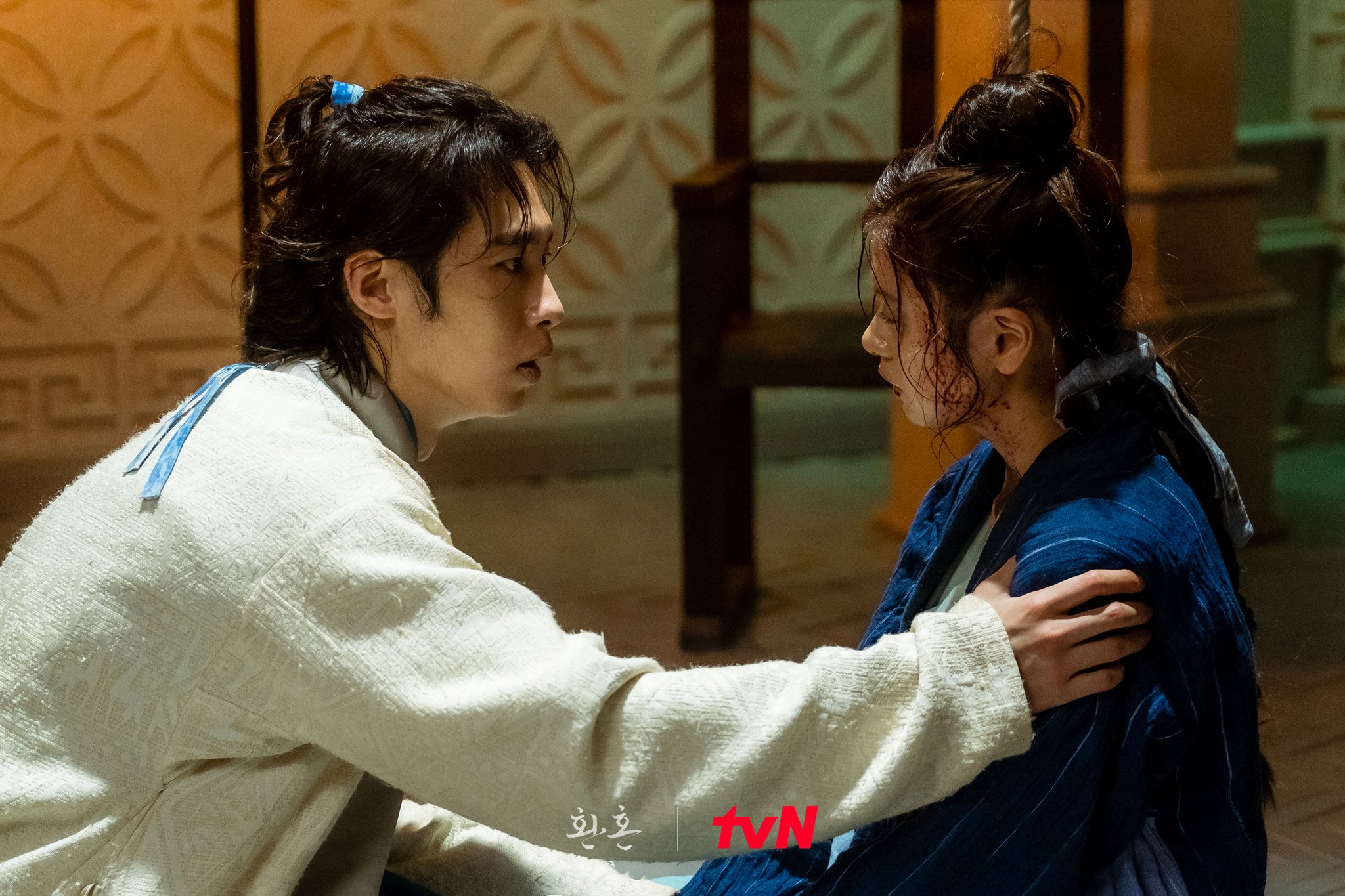 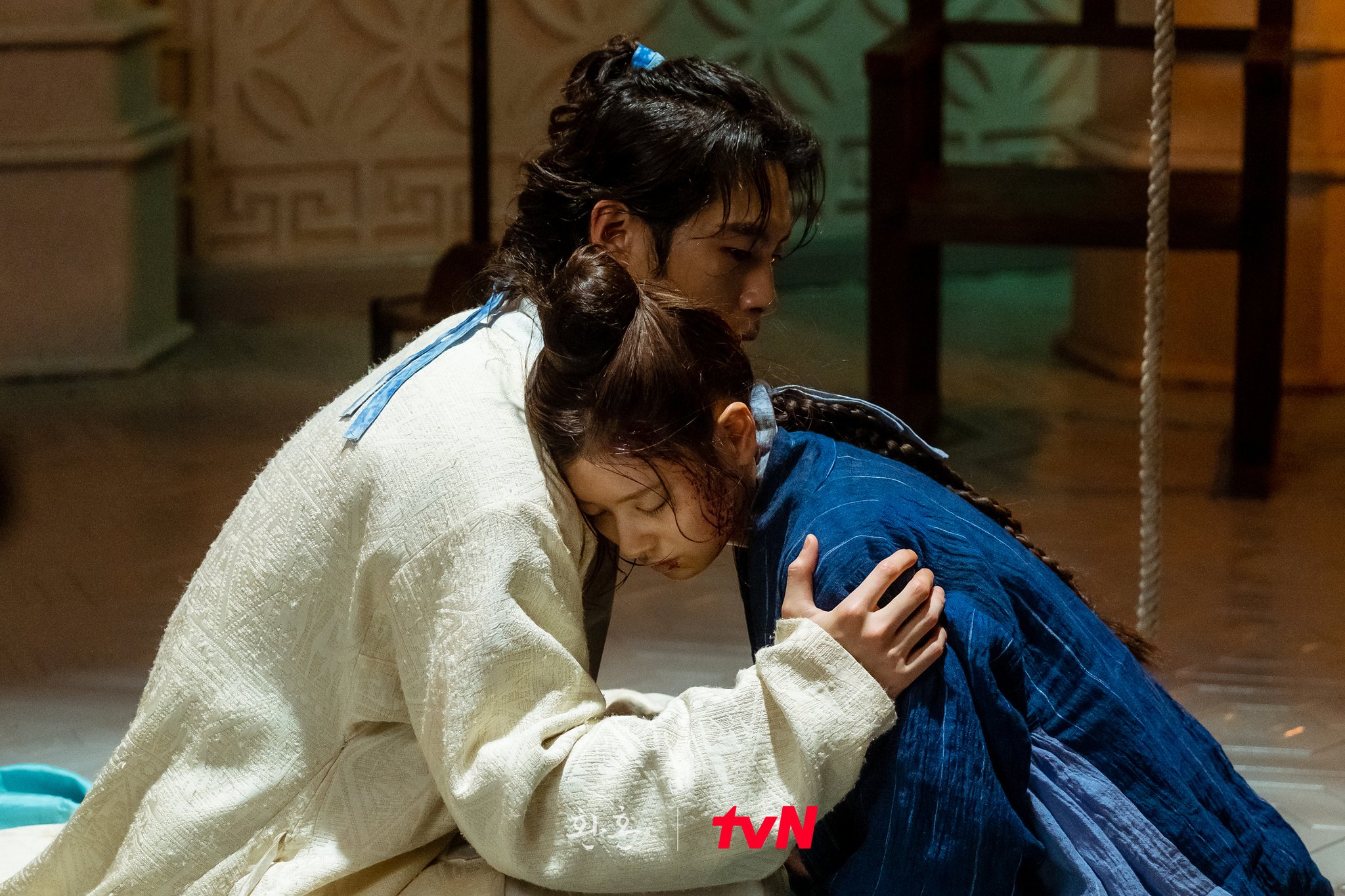 Not only do the photos hint at the deepening relationship between Mu Deok Yi and Jang Wook, but Mu Deok Yi’s state also raises the alarming question of whether her identity has already been found out.

The producers of “Alchemy of Souls” teased, “In the story, Lee Jae Wook and Jung So Min will find themselves in danger. Because of this, their relationship will evolve from young master and servant into something stronger.”

They continued, “Episode 2 in particular will feature even more unpredictable and spectacular plot developments than Episode 1, so please look forward to it.”

In the meantime, watch Lee Jae Wook in “I’ll Go to You When the Weather is Nice” with subtitles below!