“Dear X Who Doesn’t Love Me” is a new romance drama about a magical notebook that can make anyone fall in love with someone for one month. When Seo Hee Soo, a college student and aspiring lyricist with low self-esteem (played by Han Ji Hyo), stumbles upon the notebook, she winds up becoming entangled with multiple men, including her guy friend Jung Shi Ho (played by NCT’s Doyoung).

In the newly released teaser poster for the drama, Seo Hee Soo has a line of handsome men waiting to be her flavor of the month. Clutching her magical notebook in one hand, she declares in the caption, “I change the man [I’m seeing] once a month!”

Meanwhile, the tagline under the barcode reads, “Caution: this romance comes with an expiration date.”

However, it remains a mystery what kind of role Jung Shi Ho—whose tag reads simply “?”—will play in Seo Hee Soo’s busy love life. The only man in line who faces the camera, Jung Shi Ho stands slightly off to the side and seems to know something the other men don’t. Will he end up being the next name written in Seo Hee Soo’s notebook? 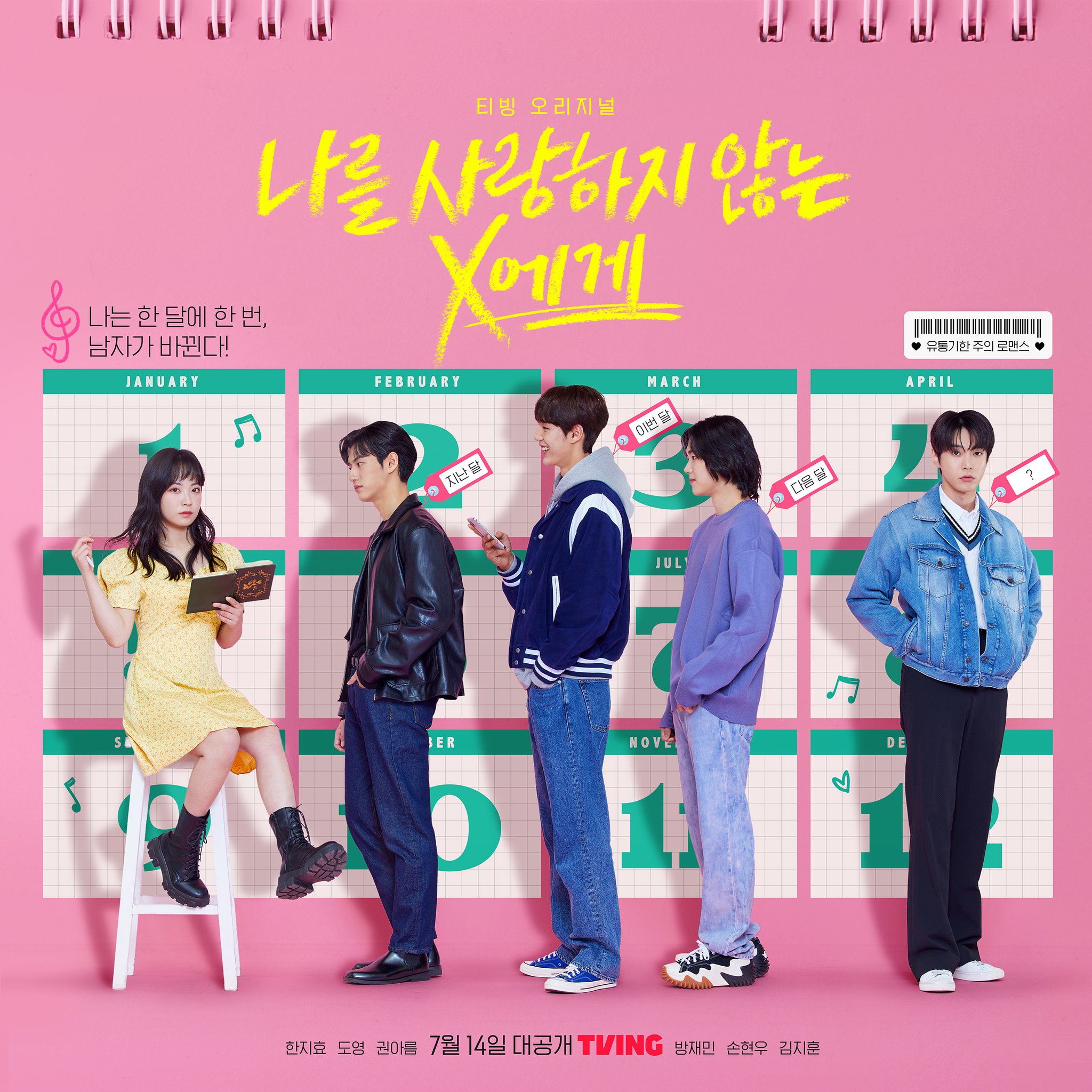 “Dear X Who Doesn’t Love Me” will premiere on July 14.

In the meantime, watch Doyoung in “Midnight Cafe 3: The Curious Stalker” with subtitles below!