“Remarriage & Desires” is gearing up for its premiere with eye-catching posters of its five main characters!

The newly revealed posters give more insight into the five characters who enter Rex for their own goals. One thing they have in common though is that they all have wedding bands, increasing curiosity about the exciting story dealing with not-your-typical remarriages.

In the first poster, Kim Hee Sun poses as Seo Hye Seung, an ordinary wife and mother who loses everything due to the sudden death of her husband and jumps into Rex in order to get revenge against Jin Yoo Hee (Jung Yoo Jin), the one who ruined her life. The text on the poster reads, “I will drag her down at her happiest moment,” declaring war against Jin Yoo Hee. 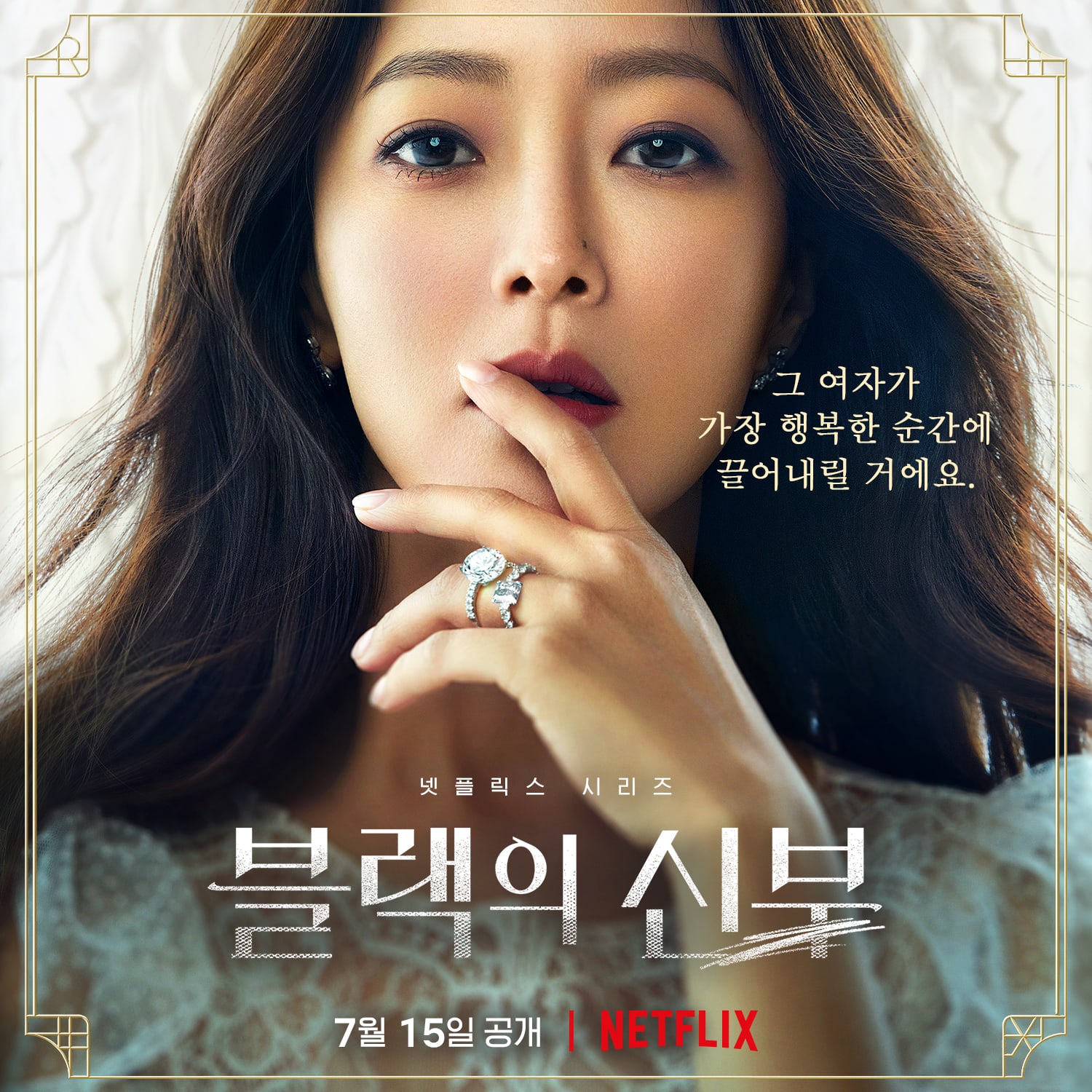 The next poster features Lee Hyeong Joo (Lee Hyun Wook), a chairman of a self-made venture company. He exudes confidence and integrity as someone in the Black tier, which comprises only 0.1 percent of the population. Lee Hyeong Joo has everything, including good looks, a solid academic background, and abundant wealth. He joins Rex to find the perfect business partner instead of fickle love, which is evident from the text on his poster that reads, “I don’t trust women.” 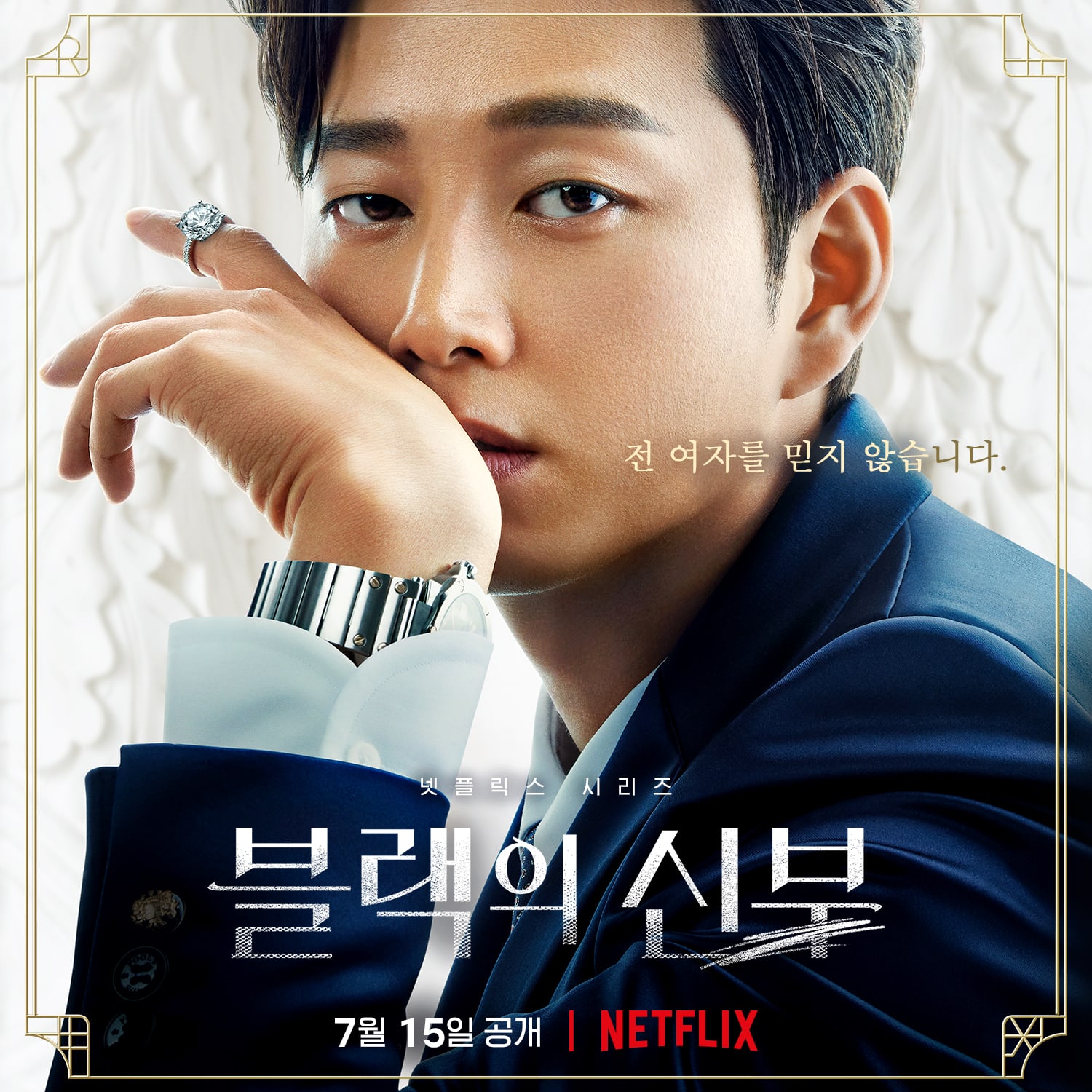 Jin Yoo Hee is a lawyer who will destroy everything in her way in order to get what she wants. She enters Rex to get the fast pass into the elite society, but Seo Hye Seung, who knows her past, will be a huge obstacle in her path. The text on the poster previews her lofty goal as it reads, “I want [someone from] the highest tier: Black.” 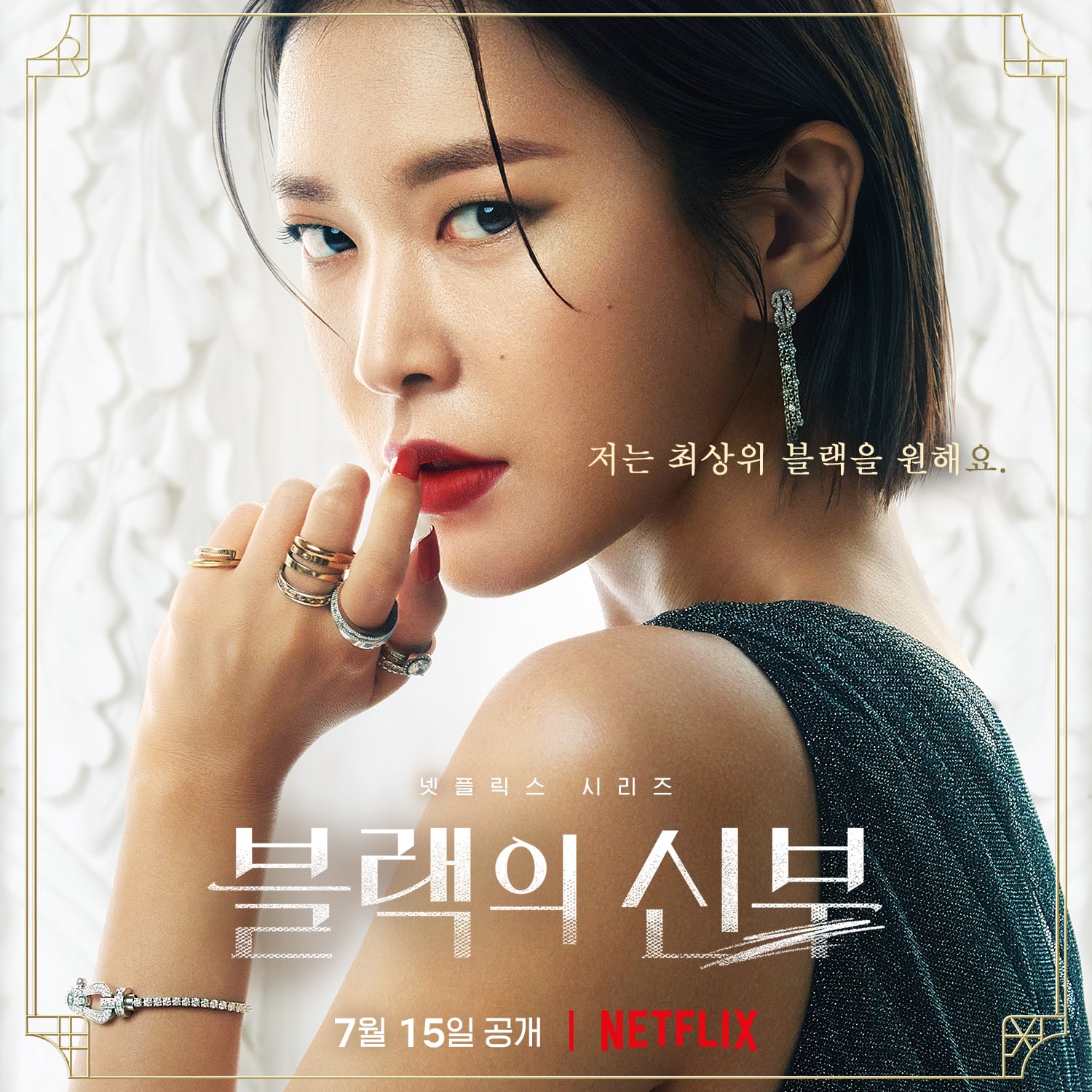 Actor Park Hoon will transform into Cha Seok Jin, a professor who is fighting against his stepmother Choi Yoo Seon (Cha Ji Yeon) for the huge inheritance left by his father. He is also in the Black tier at Rex, and he comes across his first love Seo Hye Seung at the matchmaking agency. Fans are especially more intrigued about his story as his poster reads, “It has become clear what I’ve wanted so badly.” 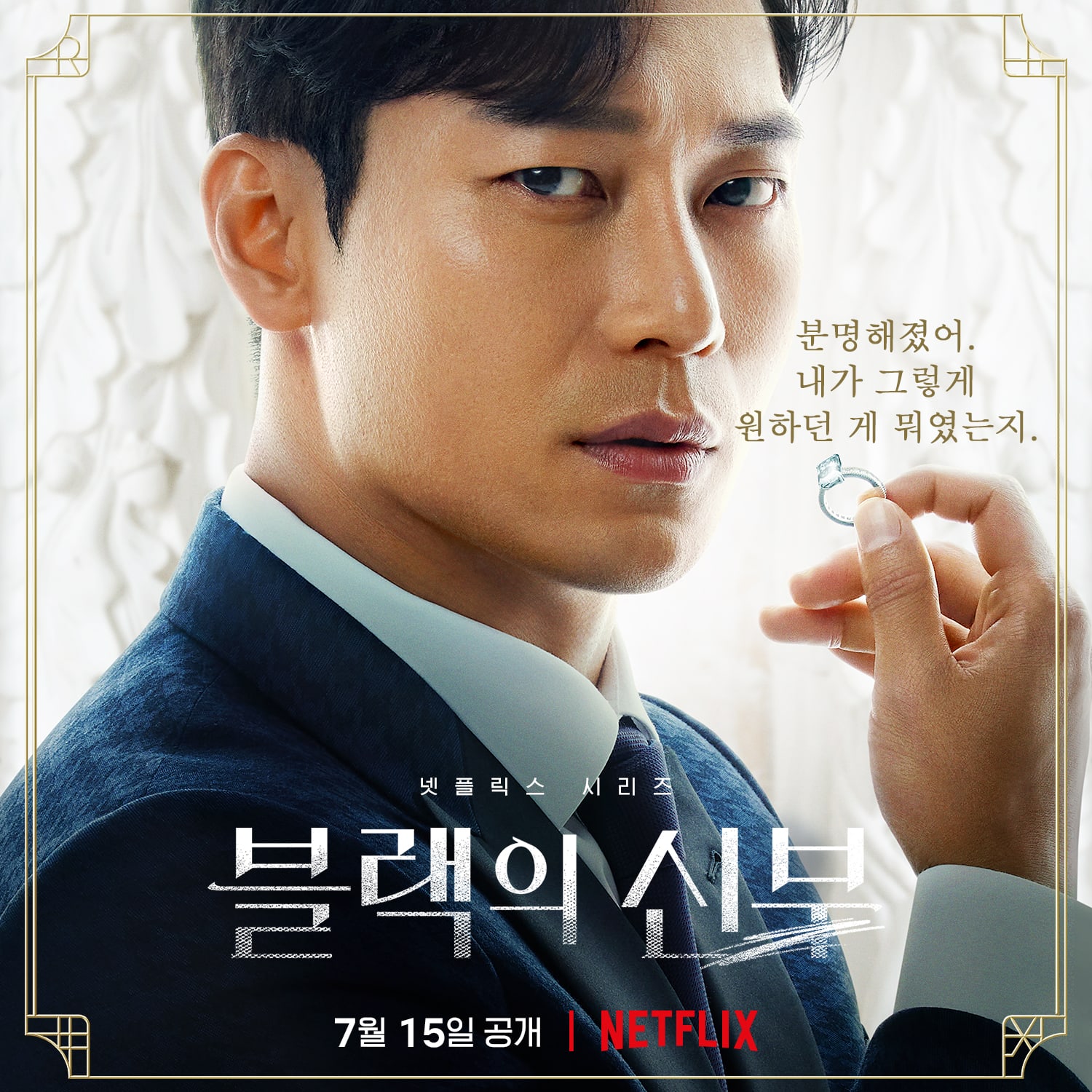 Choi Yoo Seon is the CEO of Rex, a top matchmaking agency with its firm logic that “marriage is a business where supply and demand meet” and accurately identifies customers’ needs. Similar to Jin Yoo Hee, Choi Yoo Seon will do anything for her own benefit, and she takes advantage of people’s greedy desire to marry someone from the Black tier. In the poster, Choi Yoo Seon creates strange tension with her mysterious expression, and the words “Marriage is business” clearly shows her views on the matter. 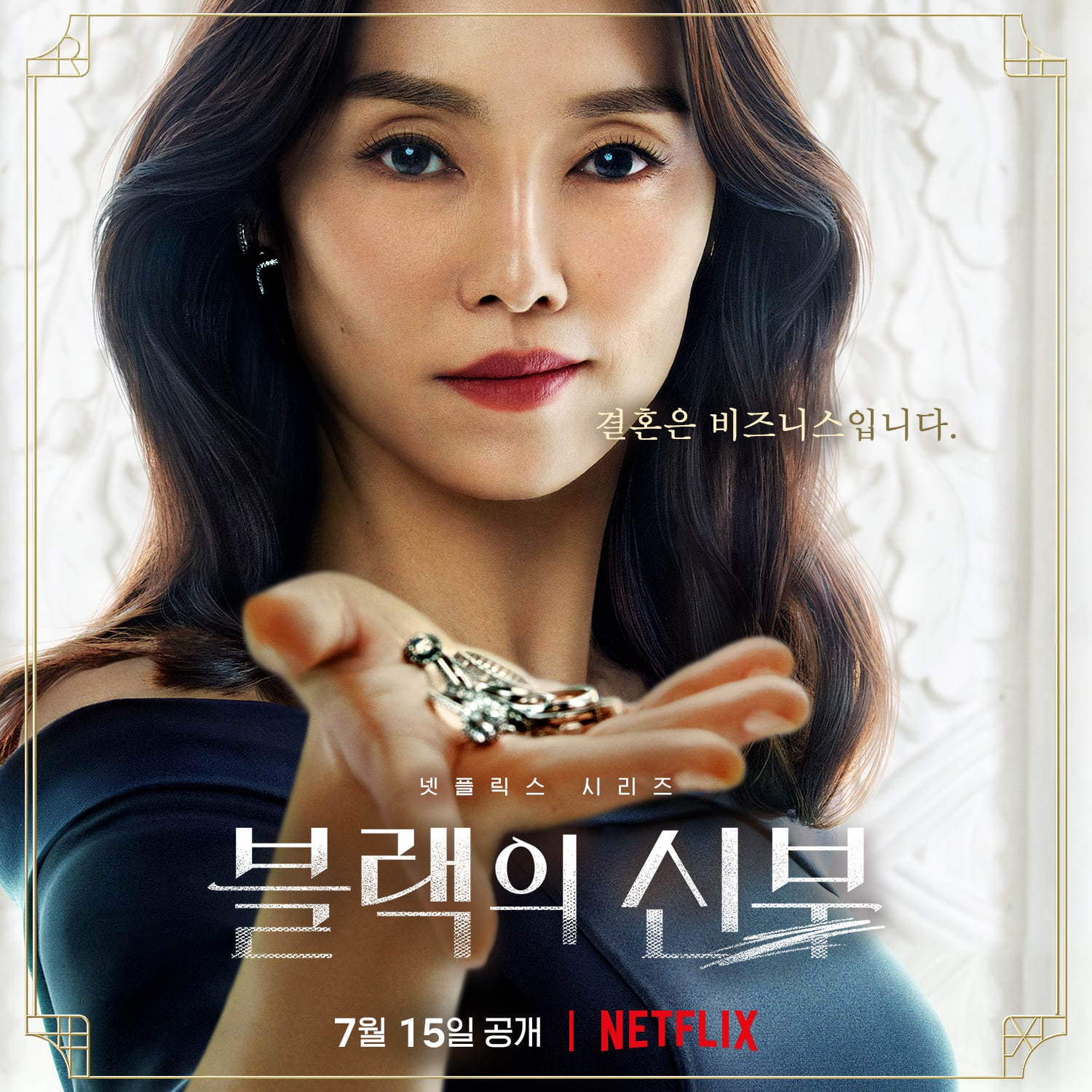 “Remarriage & Desires” will premiere on July 15. Check out a teaser here!

While waiting, you can watch Park Hoon in “Nobody Knows“: