It’s official: aespa will be making their first-ever appearance on “Jimmy Kimmel Live!”

On June 25, SM Entertainment officially confirmed that aespa would be performing on the famous American late-night talk show next week.

As aespa is currently gearing up to hold their first U.S. showcase “SYNK in LA” in Los Angeles on June 26, the group will be dropping by “Jimmy Kimmel Live!” while in town to perform their new English-language single “Life’s Too Short” for the first time on television. 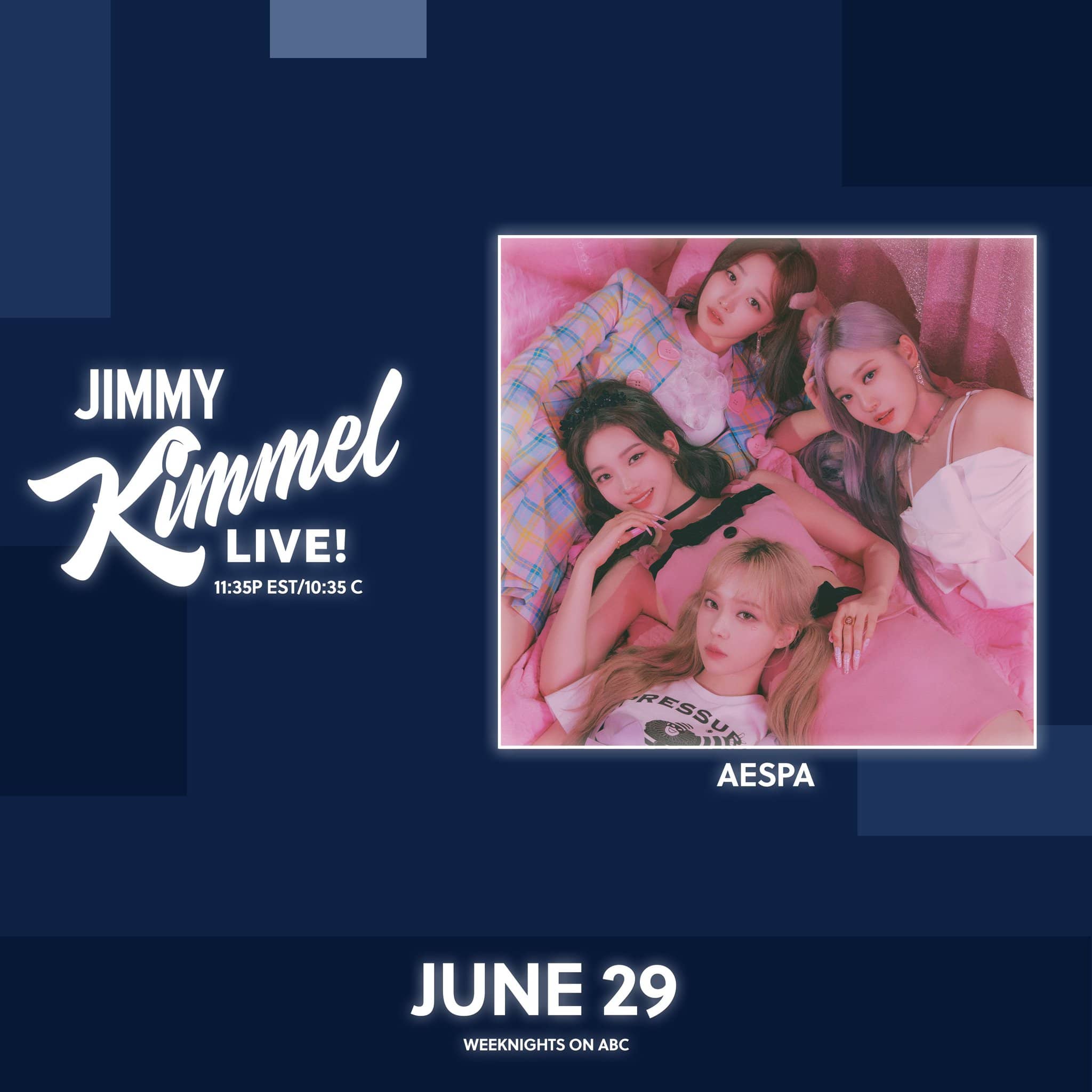 If you haven’t already seen it, check out aespa’s new music video for their pre-release single “Life’s Too Short” here!

Jimmy Kimmel Live
aespa
How does this article make you feel?