Park Eun Bin Shares Tips On Not Becoming A Rude Adult, Thoughts On Playing A Genius On The Autism Spectrum, And More

Park Eun Bin tapped into undiscovered personas in a pictorial for Allure magazine!

The actress took a moment from her busy schedule to reflect on her life from handling multiple projects at once to what makes a “good” adult and the fears she’s aiming to overcome.

On the day of the interview, Park Eun Bin took a brief break from filming as Woo Young Woo for the upcoming drama “Extraordinary Attorney Woo” and attended the press conference for the movie “The Witch: Part 2. The Other One,” for which she plays the role of Kyung Hee. However, during the interview, she said, “I’m not Kyung Hee nor Young Woo. I’m Park Eun Bin. Today, I was able to tap into a different side of me that I didn’t even know about through the photo shoot. I experienced the feeling of, ‘I guess I can pull off this kind of thing too.'” 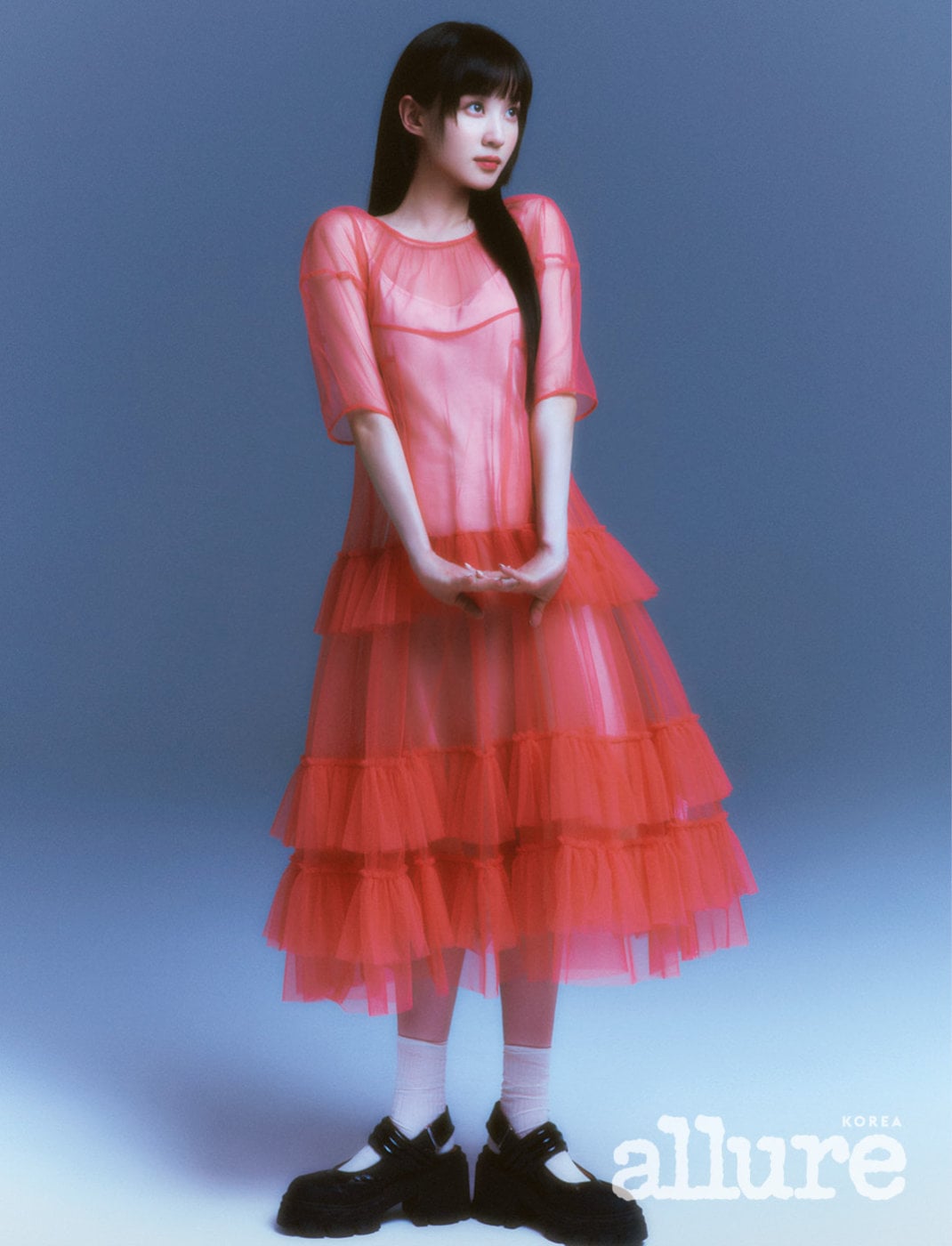 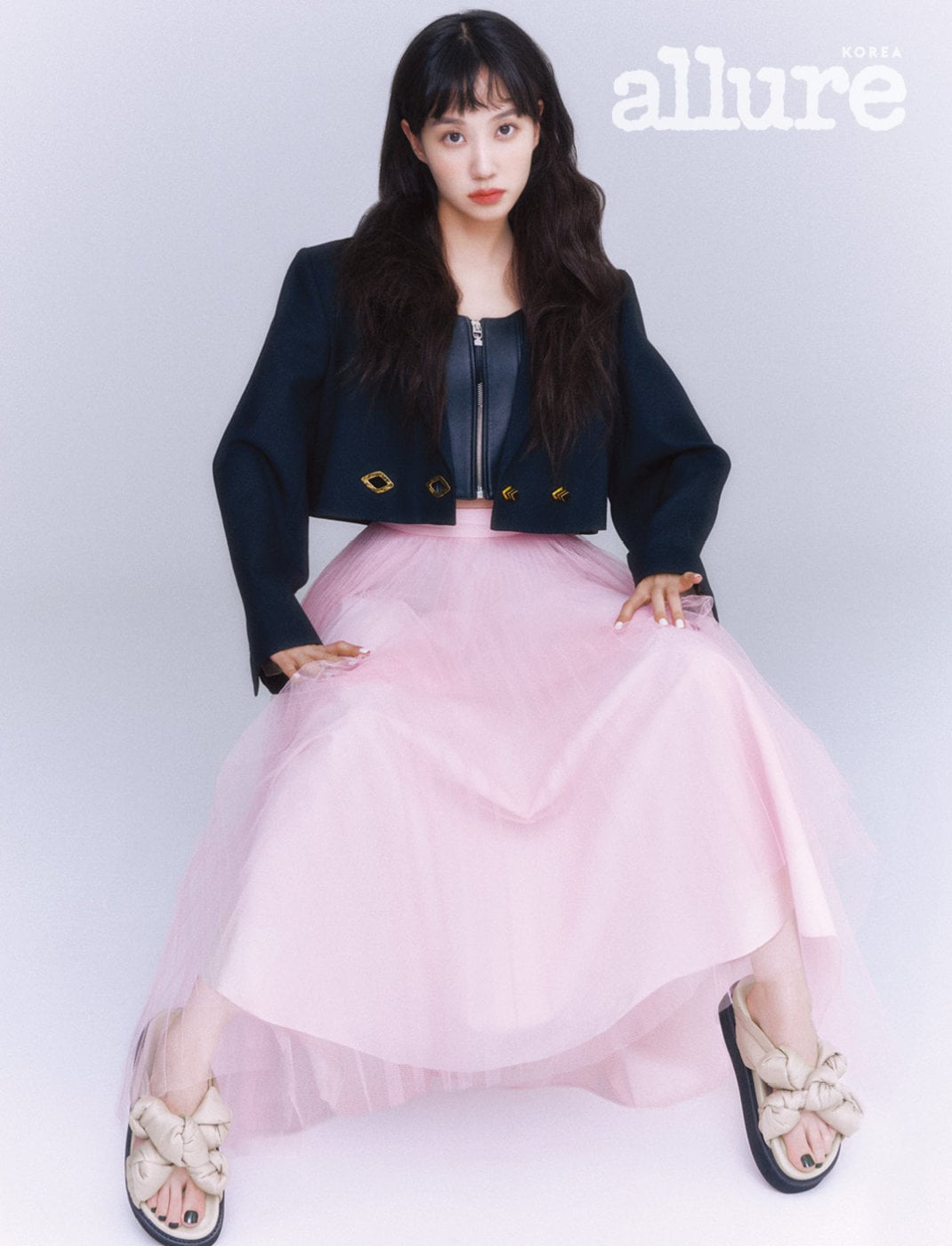 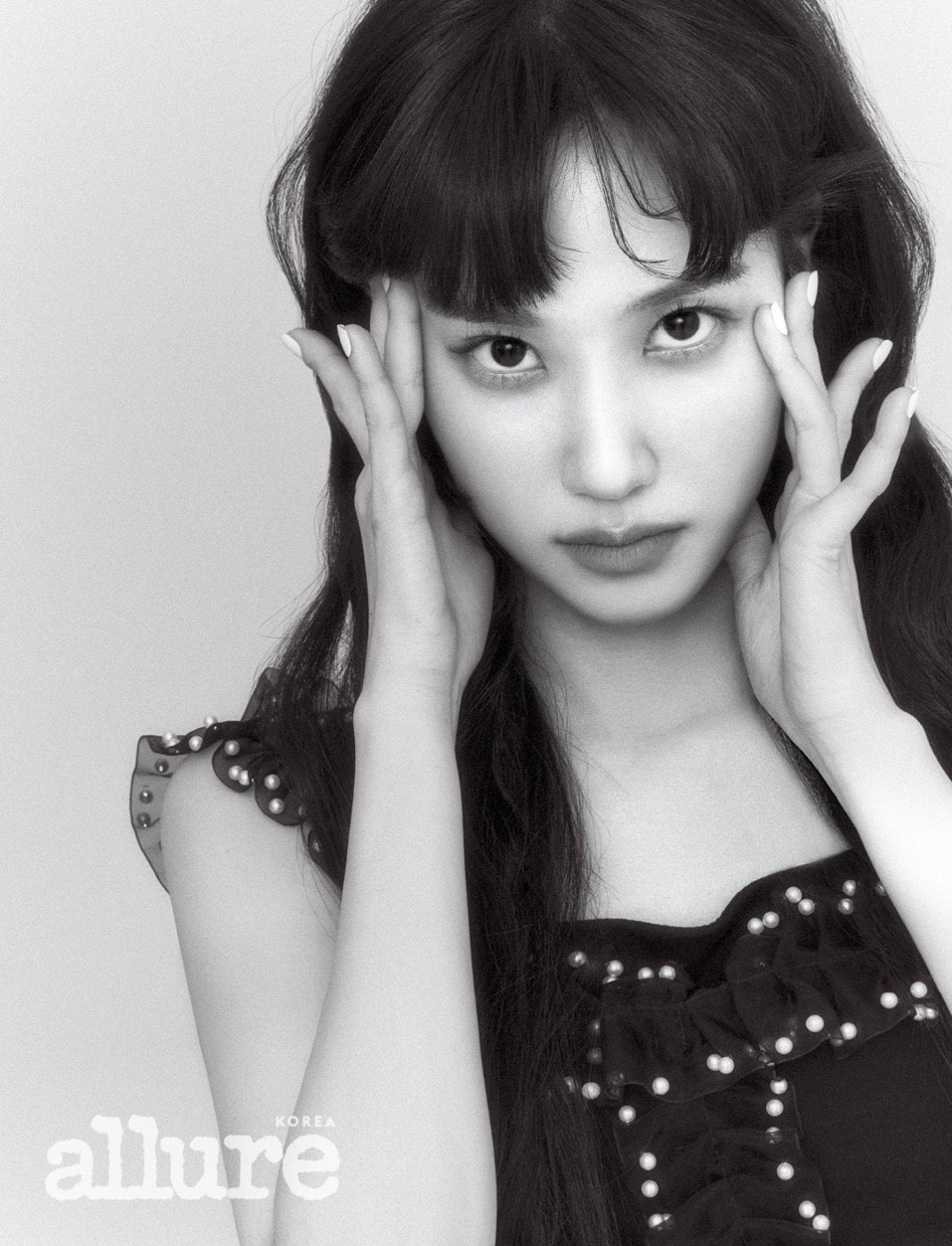 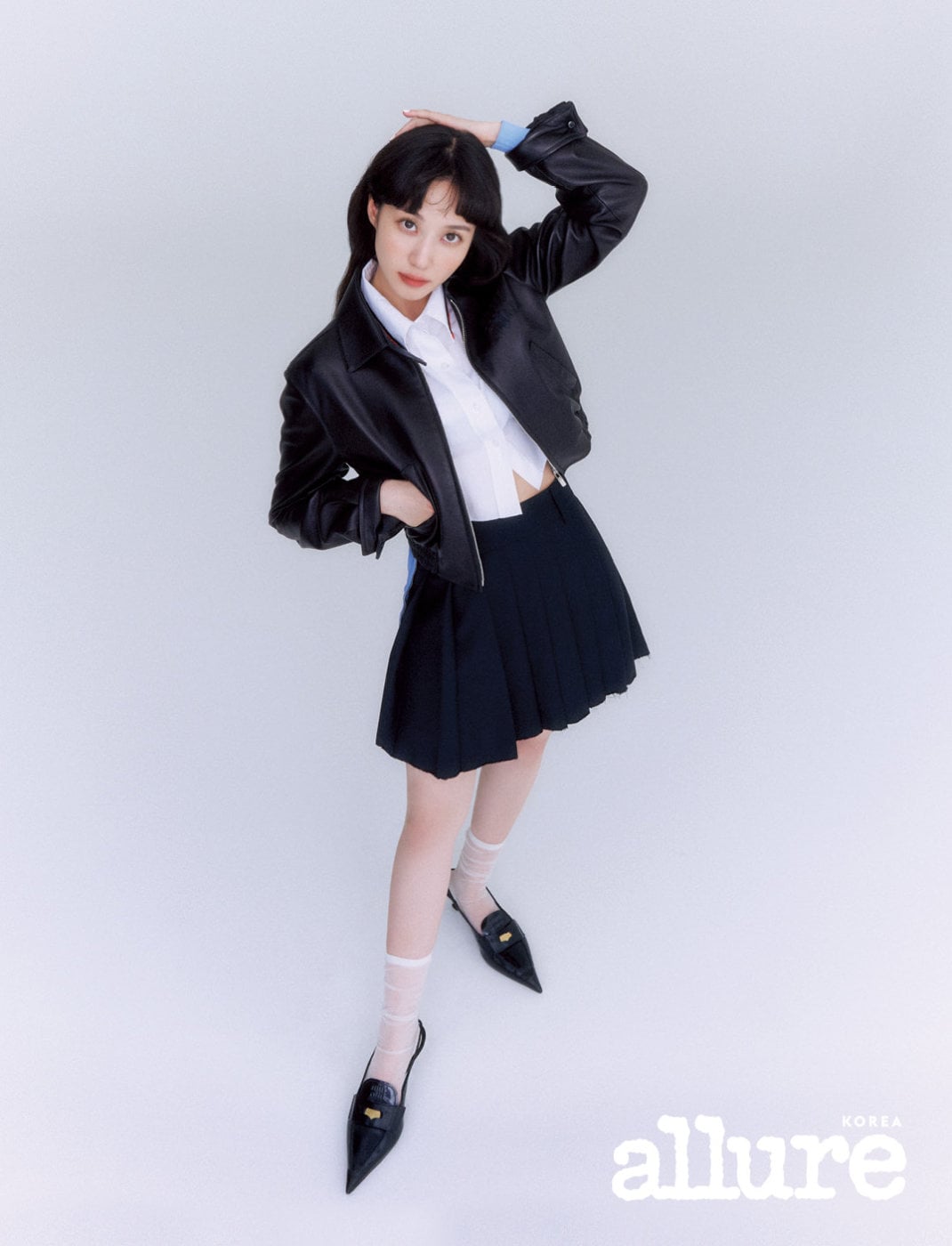 When prompted to talk more about filming for her new drama, she said, “The shoot went on for longer than I expected yesterday, so I got home at 4 a.m. in the morning. I haven’t gotten any sleep in two days. I’ve never had more lines than I have for this one. Being on set is really fun. The role I have is also fun, and I’m energized, but I think there are more aspects that I need to take on alone. It’s not like someone else can memorize my lines or solve things for me.”

In both “Extraordinary Attorney Woo” and “The Witch: Part 2. The Other One,” Park Eun Bin’s roles are kindhearted characters far from being villains. On this, the actress commented, “The pieces that have done well recently or the various roles that I get offered have a running theme. I think I often get offered characters that take the high road. It made me think that people see me as having a very upright image.”

As an actress who has been in the industry for a decade, Park Eun Bin also took some time to reflect on her journey and what adulthood means to her. For one, she stated that as a teen, she used to think that adults tended to be more rude than others her age. When asked to expand, she explained, “For example, adults were the ones that asked rude questions about life as a child actor. They were also the ones that worried unnecessarily. I used to get detrimental questions often. I would see careless adults and think to myself, ‘Just because you get old doesn’t mean you become a good adult.'”

She continued, “Honestly, I don’t think young people are truly young. They are all, according to their own age and world, living life and feeling everything. So if I can, I try not to give unwanted advice, although there are times I can’t help myself.” 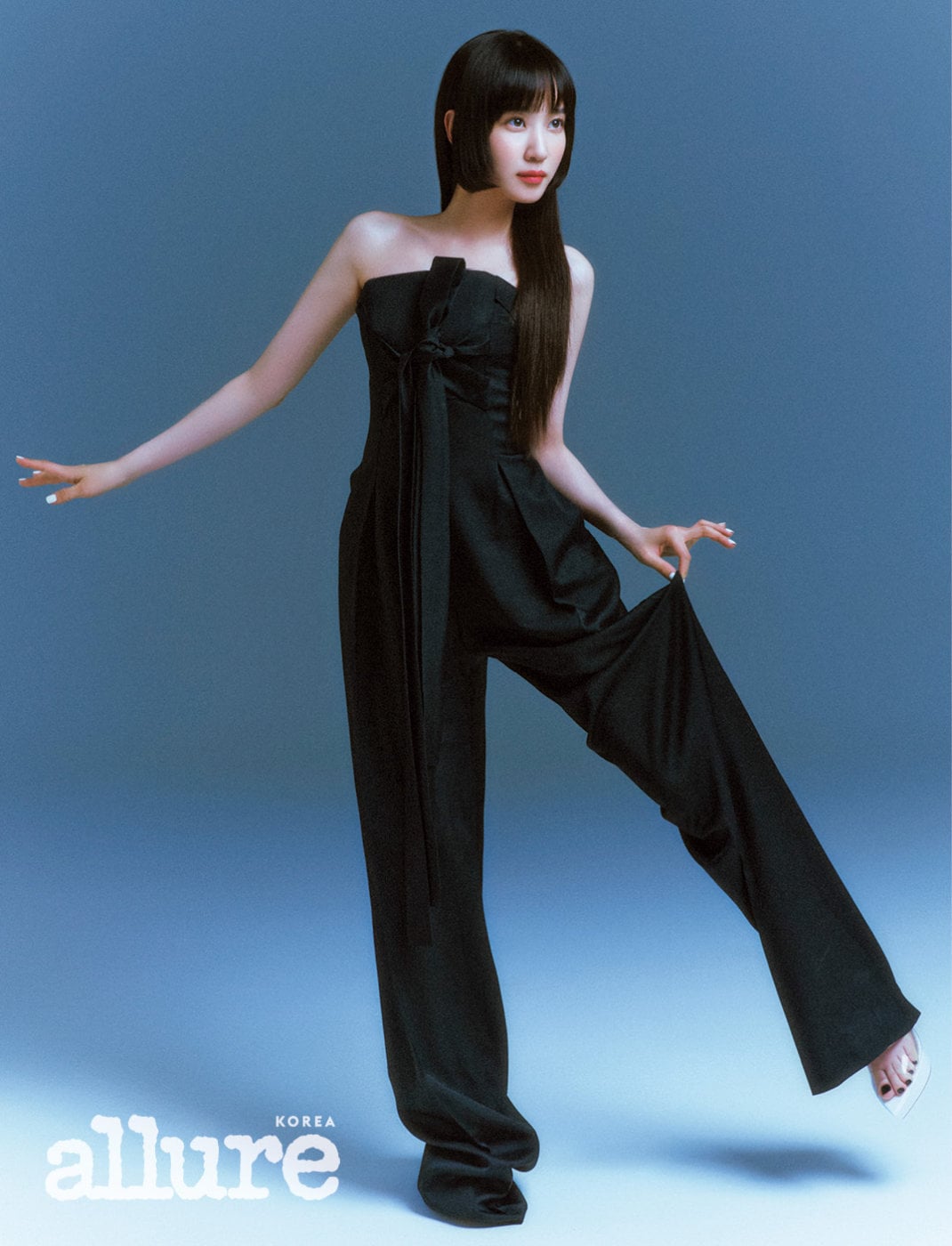 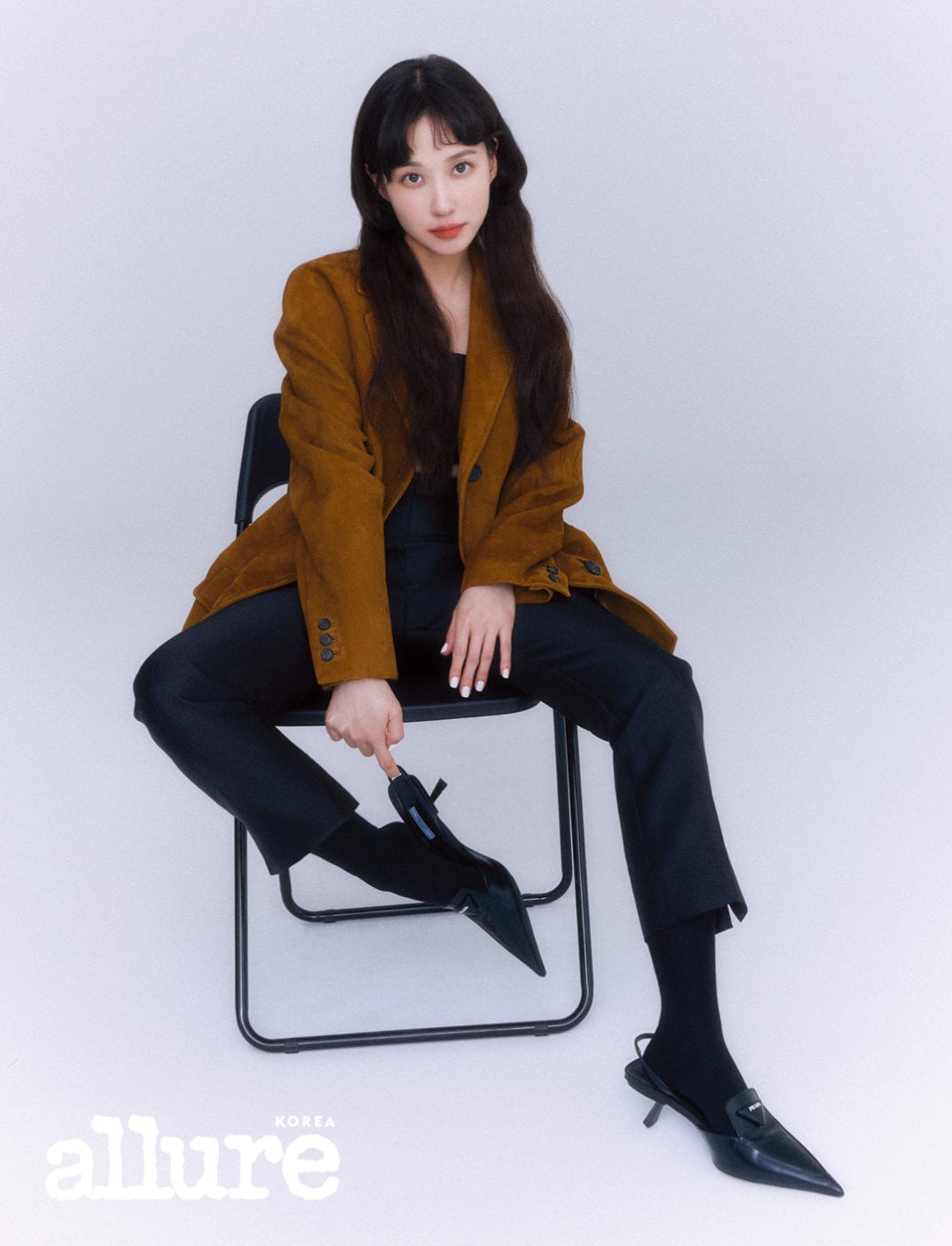 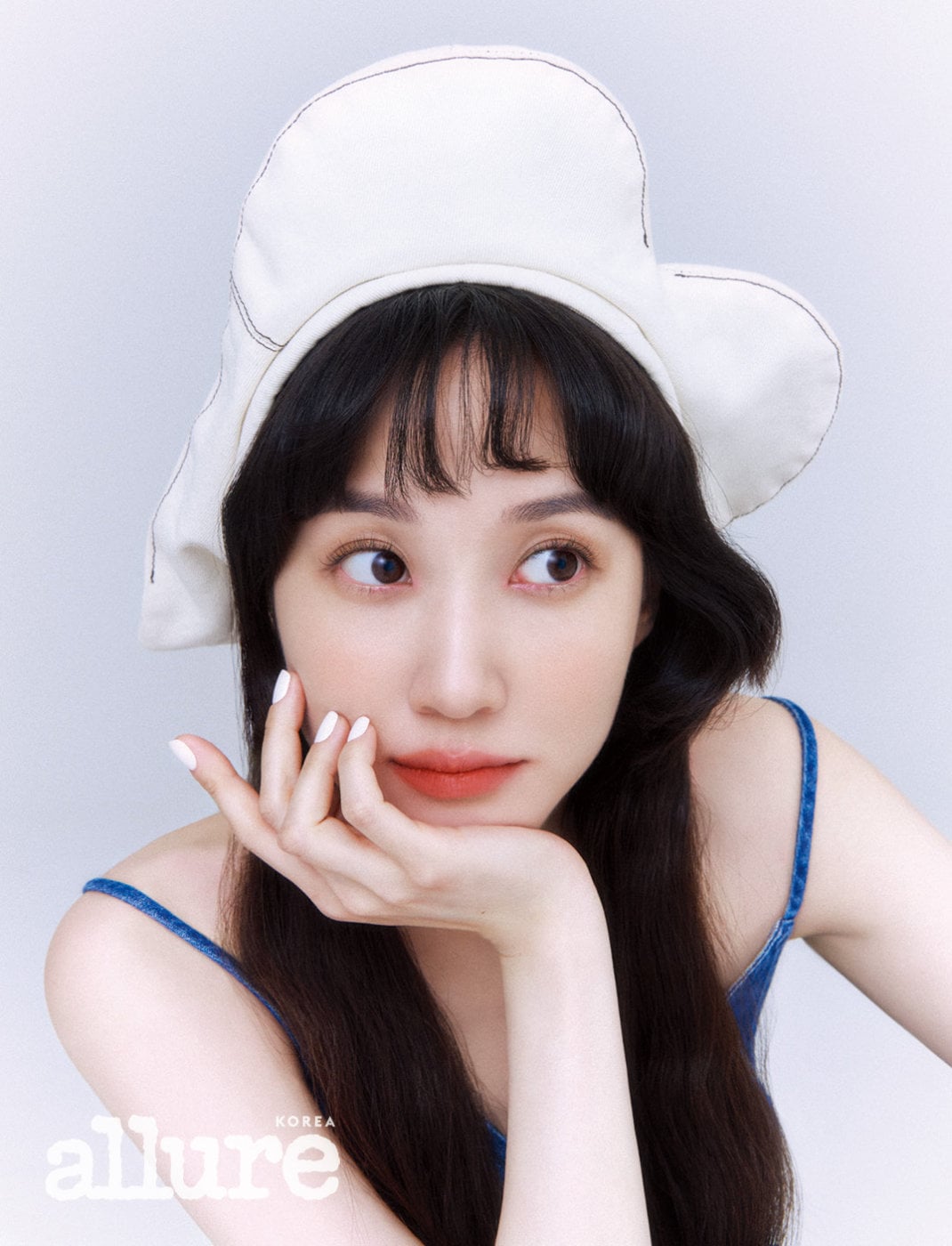 Park Eun Bin has been receiving several offers for new roles, and it has been tough for her to decide which ones to take on. In her words, “There’s a thing called opportunity cost, right? These days, production schedules have been extended, so after completing one piece, it seems like the entire year has gone by.”

A couple dramas she does not regret choosing are “Do You Like Brahms?” and “The King’s Affection.” She reflected on these choices by saying, “‘Do You Like Brahms?’ allowed me to meet Song Ah who was also 29 years old at the time. I was able to sort through and wrap up my 20s with that project. ‘The King’s Affection’ gave me a role that I could never have even dreamed about having, and it allowed me to do everything I wanted to. It was really tough, but what other woman around my age would have the chance to take on the role of a Joseon Dynasty King?”

The interview transitioned into talking about Park Eun Bin’s latest work “Extraordinary Attorney Woo.” She explained that at first, she was worried about taking on the role. She said, “I was a bit afraid if I’d be able to pull it off without hurting or offending anyone.” She continued, “It’s my first genius-type character, and Young Woo is also on the autism spectrum. I think I thought about what is considered to be normal when taking on this role. What is it to be weird, what is it to be abnormal, and are normal people really normal?”

Wrapping up the interview, Park Eun Bin said, “I’ve seen about six episodes worth of the edited ‘Extraordinary Attorney Woo.’ There’s an art to it. The director even said that although it’s a drama we filmed together and that he made, it’s still fun no matter how many times he watches it. Even the editor compared it to being ‘the vaccine of the era.’ It was so nice to have them say this, knowing that they’ve produced great works before. [It is great] to know that what I felt while reading the script wasn’t wrong and that the piece is headed in the right direction. Since I feel like I’m on a ship with a steadfast captain, I’m on an enjoyable voyage.”

Watch Park Eun Bin in “Do You Like Brahms?” here!