Stray Kids has postponed two of their upcoming U.S. tour stops due to several members testing positive for COVID-19.

Earlier this week, Stray Kids kicked off the U.S. leg of their world tour “MANIAC,” which was scheduled to take them to seven different cities across the United States.

However, after just two concerts, the group’s U.S. tour has been put on hold: on July 3, JYP Entertainment and Live Nation announced in the wee hours of the morning that Lee Know, Felix, and I.N had all tested positive for COVID-19.

As a result, Stray Kids has been forced to postpone their upcoming Atlanta and Fort Worth concerts, which were scheduled to take place on July 3 and July 6 respectively. No announcement has yet been made regarding the subsequent tour stops in Los Angeles, Oakland, and Seattle.

At present, the other Stray Kids members aside from Lee Know, Felix, and I.N, as well as their touring staff, have all tested negative for COVID-19. 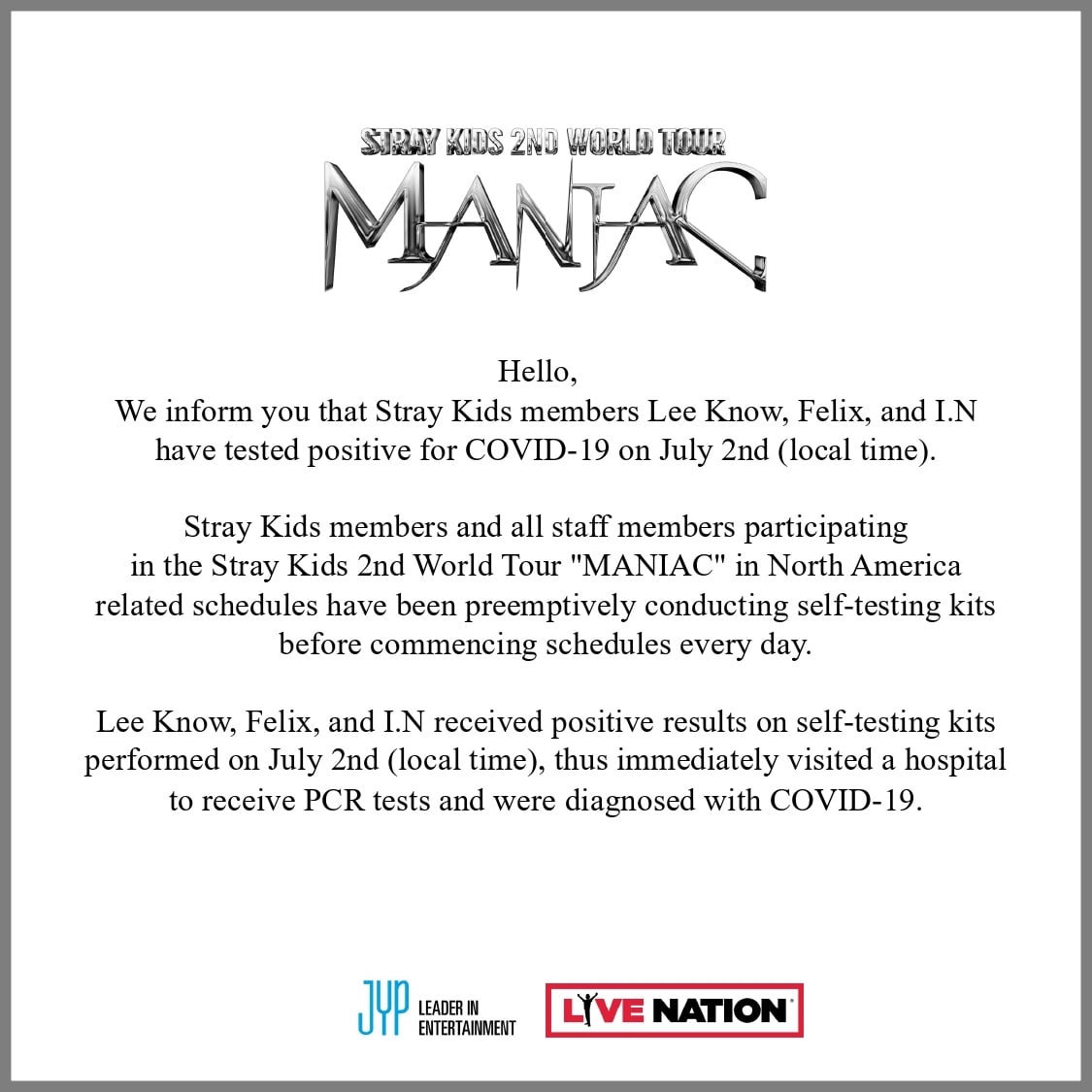 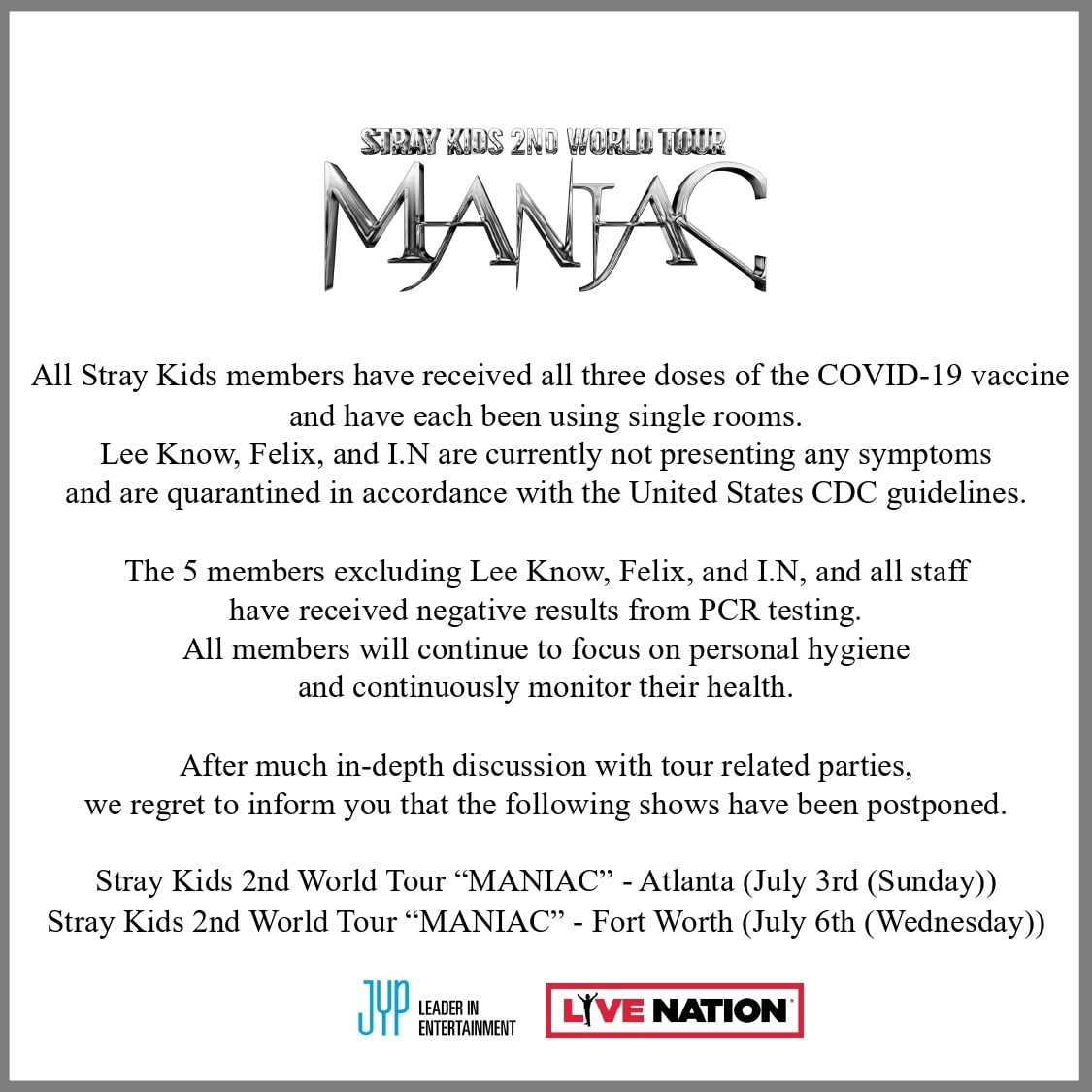 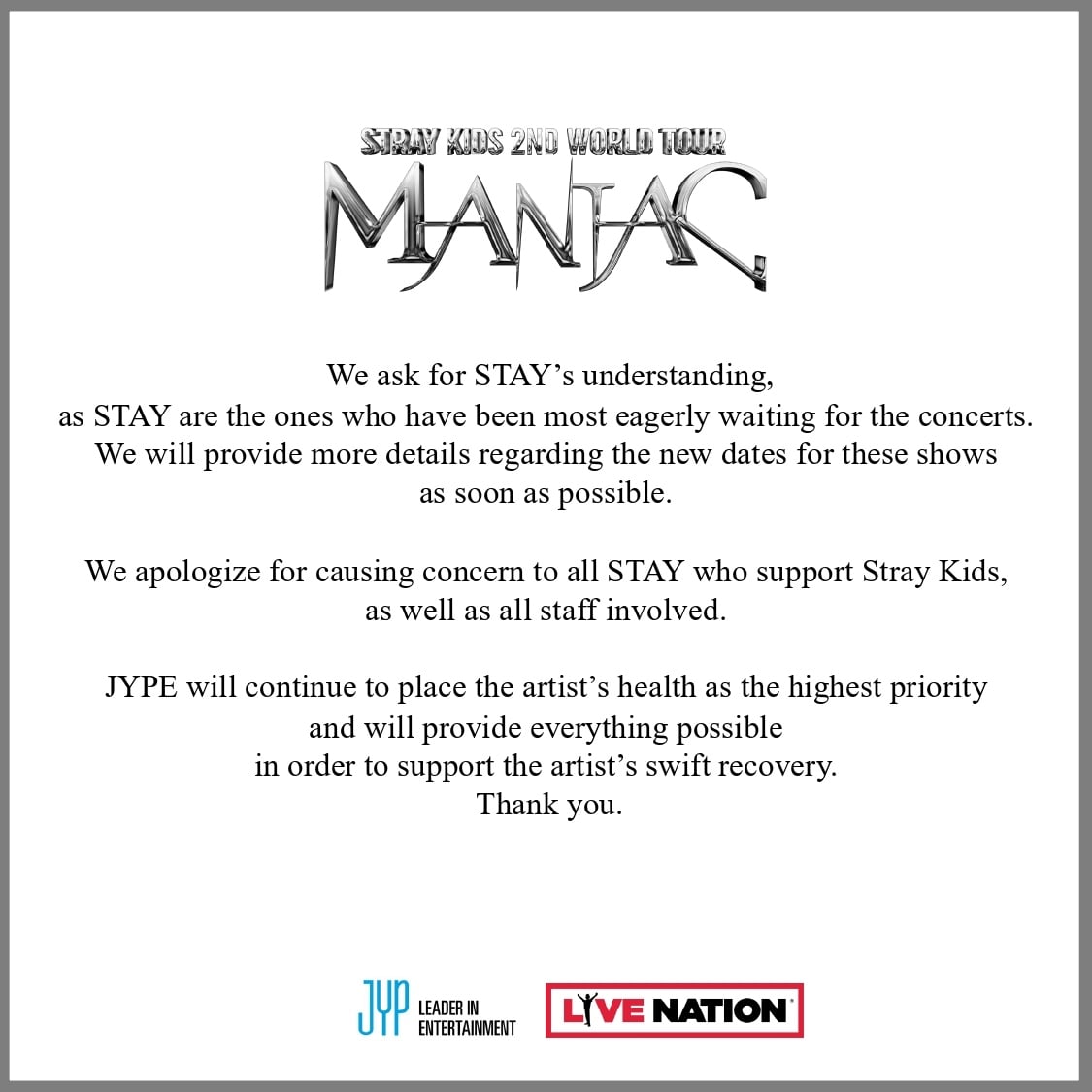 Wishing Lee Know, Felix, and I.N the speediest of recoveries!

Stray Kids
Felix
Lee Know
I.N
How does this article make you feel?