As announced with their comeback news, Girls’ Generation will be starring in their own reality show for their 15th anniversary ahead of their August comeback. JTBC’s “So Shi Tam Tam” will start airing at the beginning of July and showcase the girl group through a variety of formats including reality, game show, and documentary.

Tiffany shared, “The members, agency, and the production team all became one and poured in tremendous amounts of energy and time to prepare and produce [the show] for fans who have waited for five years. I hope this becomes a time in which we covey our love and gratitude to fans.”

Sooyoung remarked, “I wanted to showcase fans a variety show that is just for us and that only stars us this year. We prepared with excited hearts, and the fans responded enthusiastically, so I was very happy.”

YoonA shared, “We were excited and anticipating Girls’ Generation’s reunion for the first time in a while, but since the fans are also enthusiastically anticipating [our return], I want to meet them even sooner, and I’m anticipating it even more. I wanted to see the fans so much, and I’m so grateful for our fans who waited without change.”

Seohyun commented, “I’m excited to be able to share the members’ everyday lives with fans for the first time in a while. We want to be with the fans as soon as possible since we have also looked forward to the 15th debut anniversary project.” On what to anticipate for the show, Seohyun added, “Please anticipate our natural and unfiltered selves that will make people say, ‘As expected of Girls’ Generation,’ as well as our beagle-like energy when we are together as eight.” 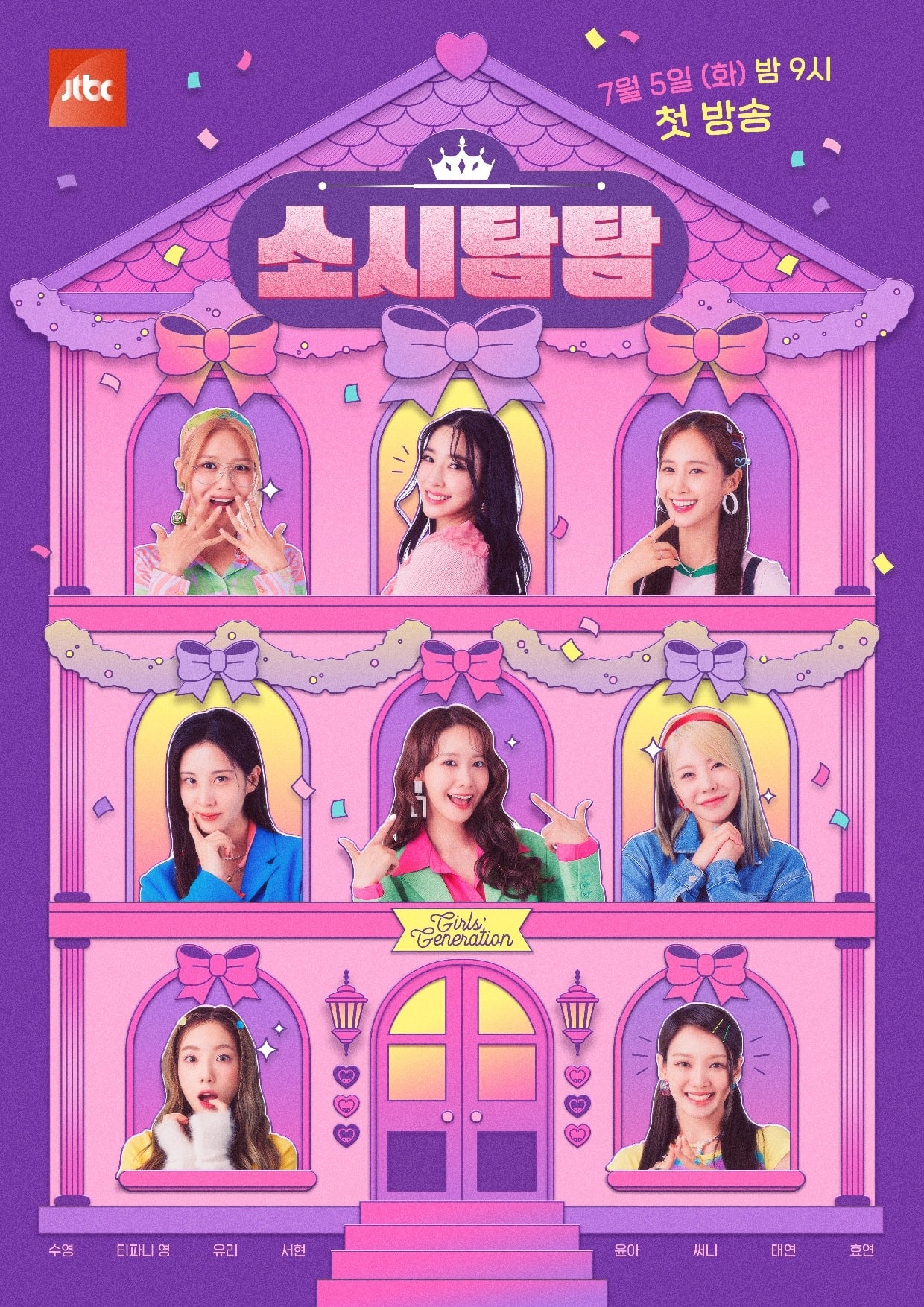 YoonA shared, “People who have seen us gathered together at least once will know. Even if we are just together without anything else, we can have a really fun time. Viewers will be able to see the energy of Girls’ Generation as we always are but also a more mature side of us.”

Tiffany remarked, “The set atmosphere was always overflowing with energy and endless laughter. Personally, I laughed so much all throughout filming that even my cheekbones would hurt the next day, and it was healing in itself. Those feelings would linger until the next day after filming ended, and the atmosphere of the group chat was very lovely. It was a very precious and grateful time for everyone.”

Sooyoung elaborated, “When we arrived on the set of ‘So Shi Tam Tam,’ we became greatly energized no matter how tired we were, and we were so rowdy that we weren’t even aware of how fast time flew by. Every shoot, there were interesting points, so I’m also anticipating the broadcast together with everyone.”

Sooyoung further asked viewers to enjoy watching Girls’ Generation’s honest broadcast, while Tiffany shared that viewers will get to know how Girls’ Generation has changed over the years through the show. YoonA picked the chemistry between the members as a point to watch out for on the show, and Seohyun asked viewers to observe the members’ individual charms as well as how their charms are amplified when they’re together as a group.

While waiting, watch Seohyun in her current drama “Jinxed at First“:

Girls' Generation
Seohyun
Sooyoung
Tiffany
YoonA
How does this article make you feel?