“Big Mouth” has given a detailed look at their unique character ties!

MBC’s “Big Mouth” is a hard-boiled noir drama about a third-rate lawyer who winds up in charge of a murder case that turns him overnight into a genius conman known as “Big Mouse.” In order to survive and protect his family, he must expose a huge conspiracy among the privileged upper classes.

In the new character “Big Mouth” character chart, the complicated connections between the citizens of Gucheon are drawn out.

First, there’s third-rate lawyer Park Chang Ho (Lee Jong Suk) and nurse Go Mi Ho (Girls’ Generation’s YoonA), a typical married couple navigating a harsh society. Park Chang Ho takes on a heavy-duty murder case that seems likely to help him gain both fame and money, but it instead turns him into the conman “Big Mouse” who ends up in the Gucheon prison.

Choi Do Ha also wants to take over Gong Ji Hoon’s secret organization NR Forum, where leaders in politics, economics, media, and education gather to discuss their influences in various fields. Interestingly, a part of this organization is Hyun Joo Hee (Ok Ja Yeon), the director of Gucheon Hospital and Choi Do Ha’s wife. 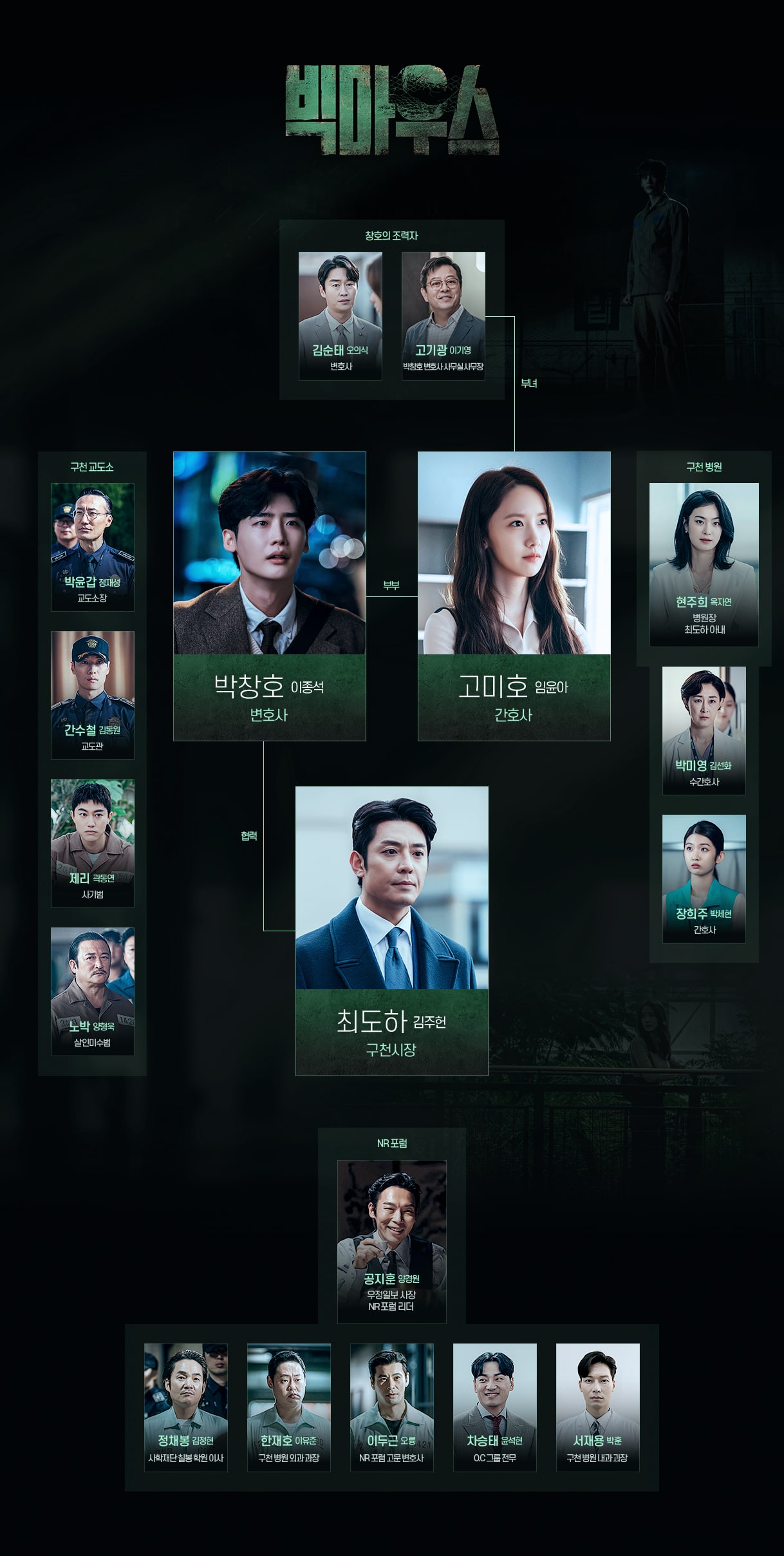 MBC’s “Big Mouth” will premiere on July 29 at 9:50 p.m. KST following the conclusion of “Doctor Lawyer.”

While you wait, watch YoonA in “The K2” here!