Seo Hyun Jin Keeps Her Guard Up As Kim Young Pil Confronts Her With A Smug Smile In “Why Her?”

Oh Soo Jae finally found out about Gong Chan’s true identity after seeing his past record of being wrongfully accused of the murder of his stepsister Jeon Na Jung (Hwang Ji Ah). Oh Soo Jae could not hide her shock to find out that Gong Chan is the same person as Kim Dong Gu (Yu Gene Woo), the person she defended in the past as a lawyer. She started to push him away, and despite his belated apology, she refused to forgive him, saying, “You deceived me.” However, the real reason she decided to keep her distance from him is because she had given up on his case although she knew he was innocent. Oh Soo Jae shed tears of regret and remorse, saying, “I abandoned Kim Dong Gu. I abandoned you.”

Newly released stills show Seo Joo Myung (Kim Young Pil) showing up during Oh Soo Jae’s lecture. He’s wearing a relaxed, impertinent smile on his face, and she stares at him as if he’s an unwelcome guest. Oh Soo Jae keeps her distance from him with her arms folded in front of her chest, clearly showing her distaste that he dropped by without notice. This scene reminds viewers about Kim Dong Gu’s case from ten years ago when Oh Soo Jae was the lawyer and Seo Joo Myung was the prosecutor.

Gong Chan, Choi Yoon Sang (Bae In Hyuk), Jo Kang Ja (Kim Jae Hwa), Na Se Ryun (Nam Ji Hyun), and Nam Choon Poong (Lee Jin Hyuk) are watching their confrontation in uneasiness. Why did Seo Joo Myung, who was dismissed from the school and now works for TK Law Firm, come back, and what kind of conversation will he share with Oh Soo Jae? 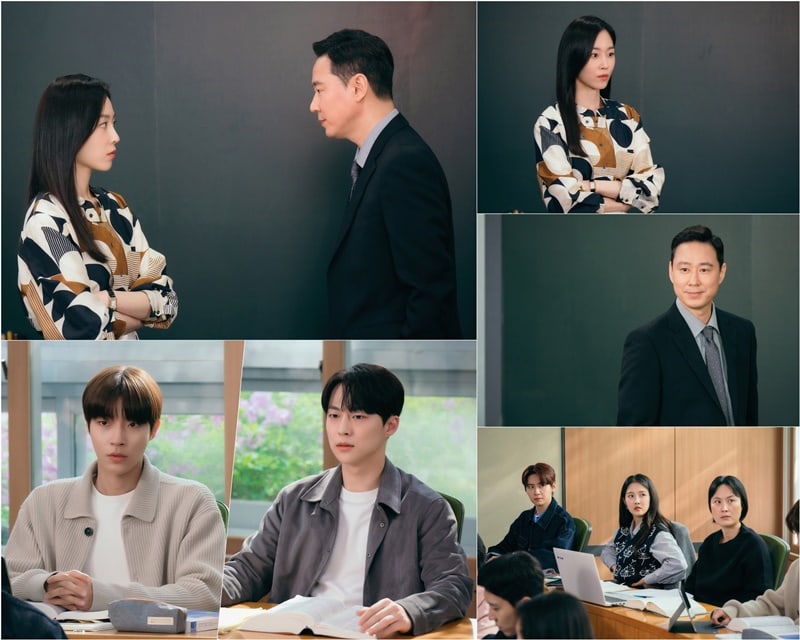 The production team shared that the hidden truth of Jeon Na Jung’s case from ten years ago will provide unimaginable shock and twists. They added, “Please watch to see how the relationship of Oh Soo Jae and Gong Chan, who are severely tangled through this case, will flow.”