Circle Chart (formerly known as Gaon Chart) has revealed its chart rankings for the week of July 3 to 9!

aespa topped this week’s physical album chart with their new mini album “Girls,” which debuted at No. 1.

Finally, WJSN’s special single album “Sequence” and WINNER’s new mini album “HOLIDAY” made their debuts on the chart at No. 4 and No. 5 respectively. 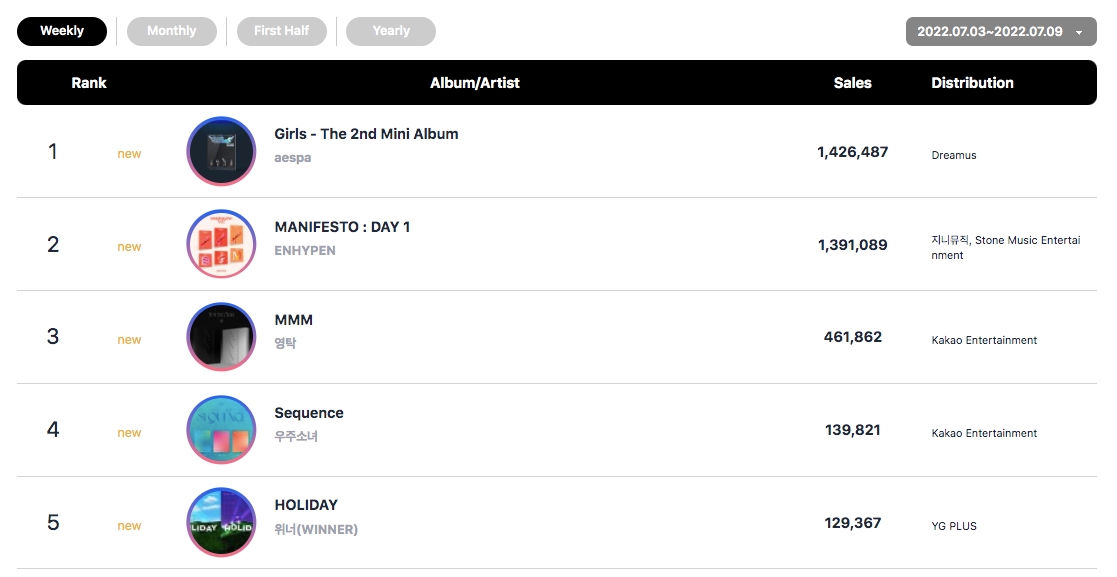 IVE maintained their double crown on the Circle charts this week, topping both the overall digital chart and the streaming chart with their smash hit “LOVE DIVE” for the third consecutive week. 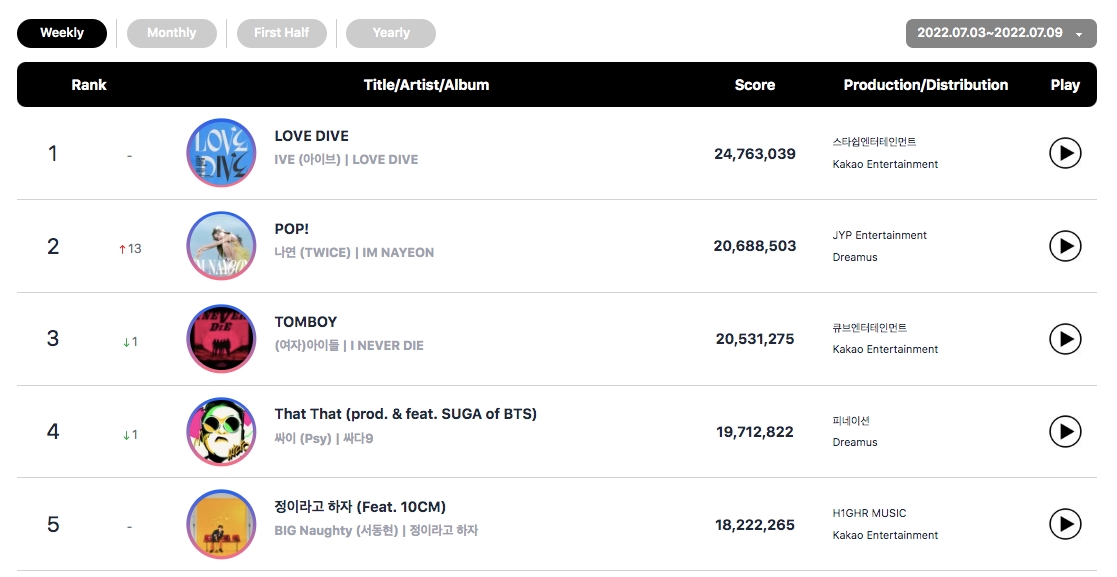 With the exception of Nayeon’s “POP!”, the top five songs on this week’s streaming chart were almost exactly the same as last week: IVE’s “LOVE DIVE” came in at No. 1, (G)I-DLE’s TOMBOY” at No. 2, and PSY and Suga’s “That That” at No 3. 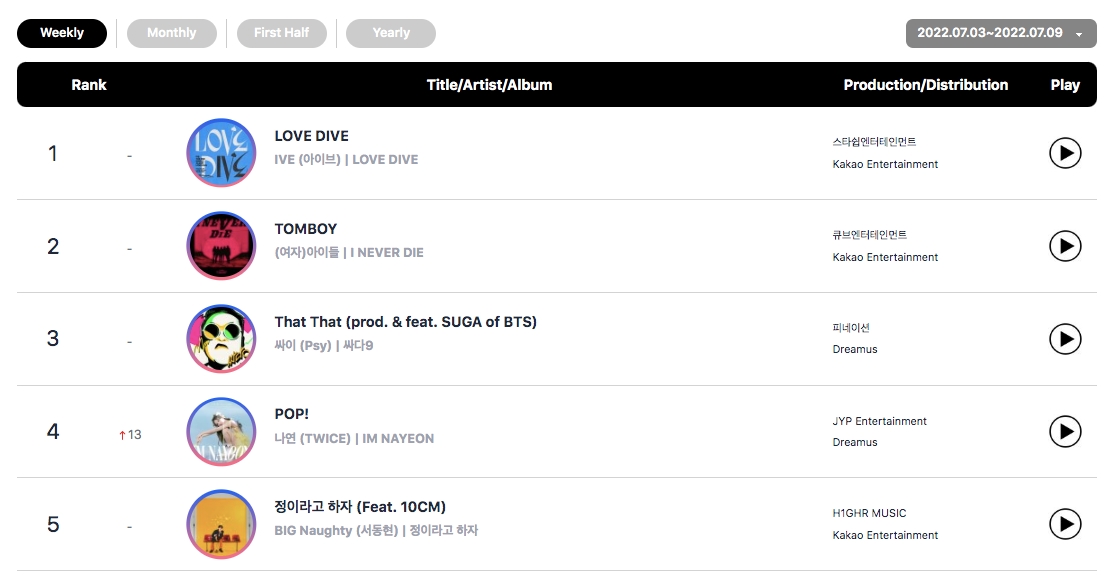 Lim Young Woong swept the top three spots on this week’s digital download chart: his hit songs “If We Ever Meet Again,” “Rainbow,” and “Our Blues” climbed back up to No. 1, No. 2, and No. 3 respectively. 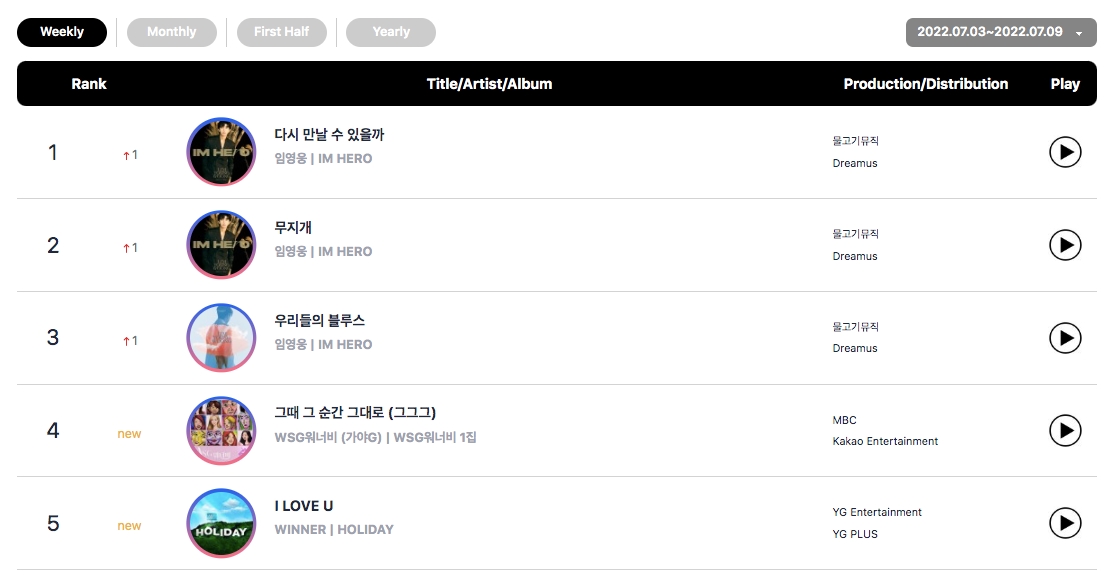 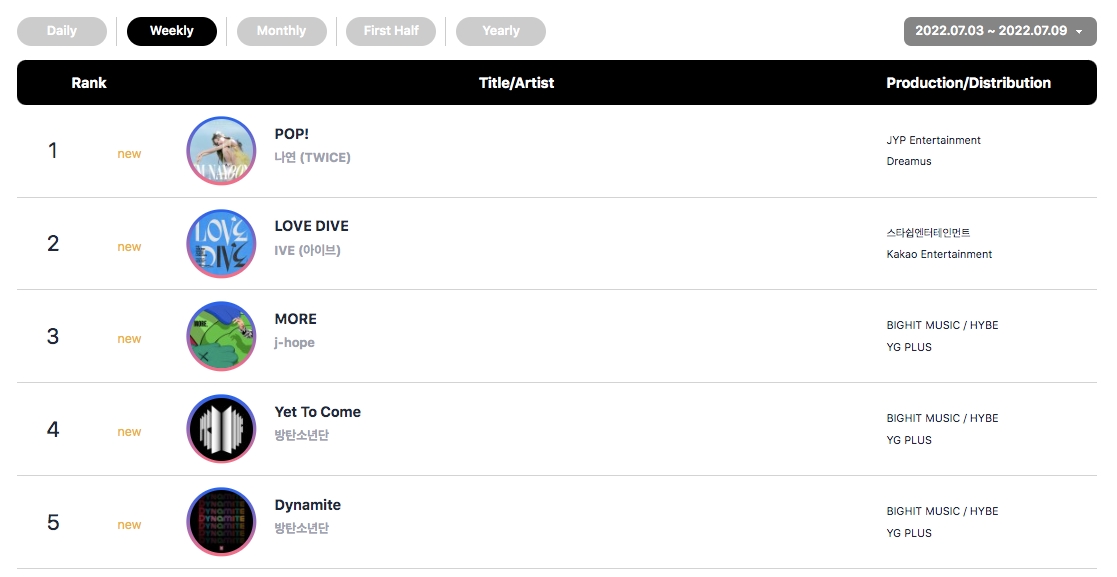 The top five artists on this week’s social chart remained exactly the same as last week: BTS continued their reign at No. 1, followed by BLACKPINK at No. 2, Jessi at No. 3, BLACKPINK’s Lisa at No. 4, and Lim Young Woong at No. 5. 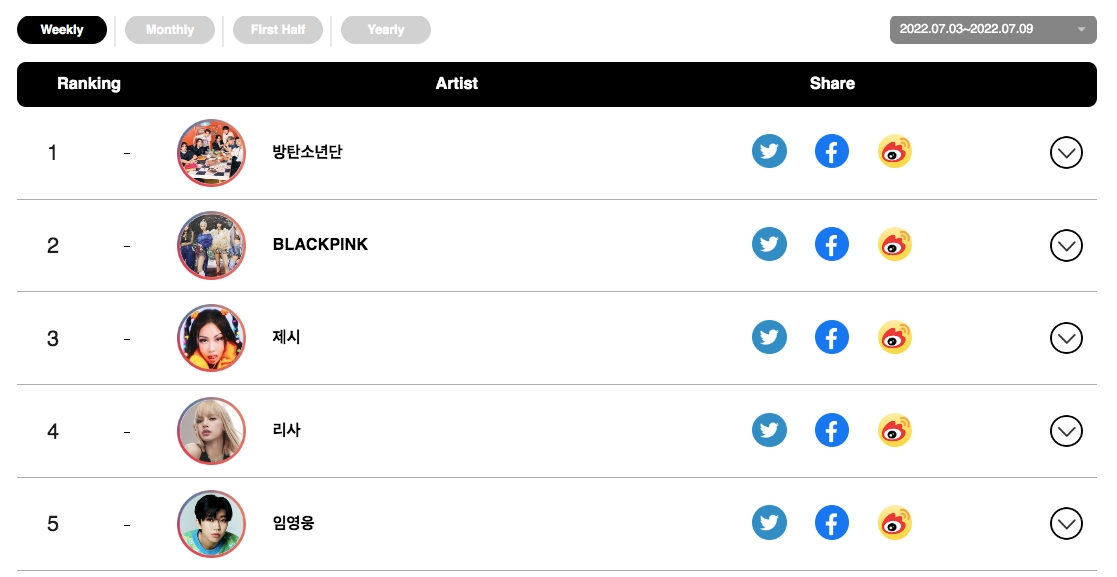