The cast of Channel A and ENA’s joint reality show “Campground for Learning” (literal title) has revealed their individual skill sets!

With the opening date for business approaching, here’s an outline of what each manager will bring to the table. The newly released poster makes it easier to picture what kind of fun is awaiting the newbie managers and viewers of “Campground for Learning.” 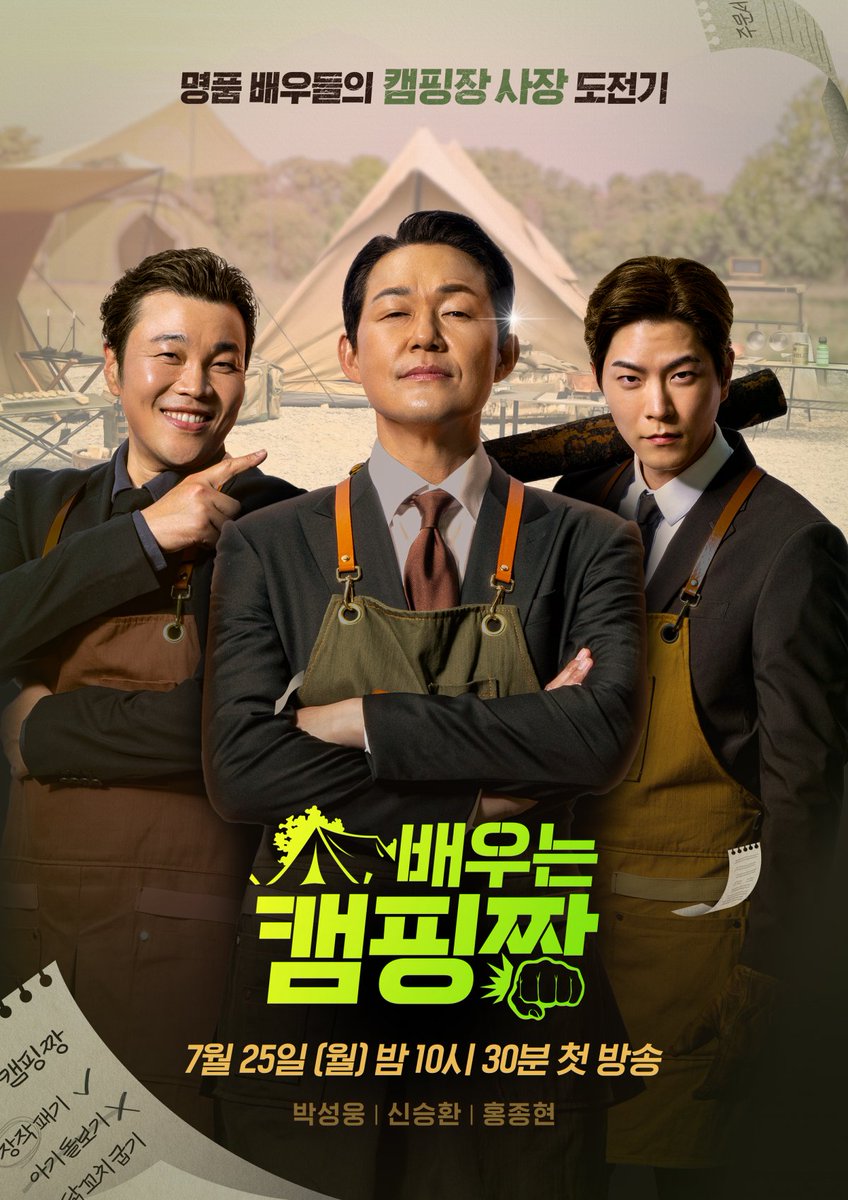 Front and center is Park Sung Woong, who is known for his undeniable charisma. He’ll take up the role of being the eldest of the three, spreading warmth and goodness to everyone nearby. Some of that warmth will be literal, too, since he’ll be putting his experience as an action star to use by chopping firewood. Even when the other two bombard him with tasks, he carries them out whilst complaining. There’s word that he’ll even debut his very own “doing the dishes song,” which apparently goes well with the natural sounds of the wind.

Meanwhile, Shin Seung Hwan, the second eldest, will become the king of communication. His outgoing and friendly nature goes against what is expected of an actor who is famous for film noir, but his personality makes him the best source for advice on the campgrounds. If anyone can turn a normal camp visitor-camp manager relationship into a special one, it’s Shin Seung Hwan.

The youngest of the three, Hong Jong Hyun, will take on the role of managing their finances. His attention to detail becomes apparent especially as he puts his vast camping knowledge to use. It’ll be interesting to see how Hong Jong Hyun gets along with the other two actors as fellow campsite managers, rather than his seniors in the industry.

Which manager do you think you would get along with best?

The three managers will set off on their journey on July 25 at 10:30 p.m. KST. Check out a teaser for the show here!

While you wait, watch Park Sung Woong in “Okay Madam” below: