TVING’s new drama “Dear X Who Doesn’t Love Me” has shared a glimpse of the adorable real-life chemistry between its stars!

“Dear X Who Doesn’t Love Me” is a romance drama about a magical notebook that can make anyone fall in love with someone for one month. When Seo Hee Soo, a college student and aspiring lyricist with low self-esteem (played by Han Ji Hyo), stumbles upon the notebook, she winds up becoming entangled with multiple men, including her guy friend Jung Shi Ho (played by NCT’s Doyoung).

The newly released behind-the-scenes photos capture the fun atmosphere on set and the easy chemistry between the stars, who are all roughly around the same age. When they aren’t focused on getting into character, the cast is all laughs as they joke around with one another between takes.

Check out all the new behind-the-scenes photos from filming below! 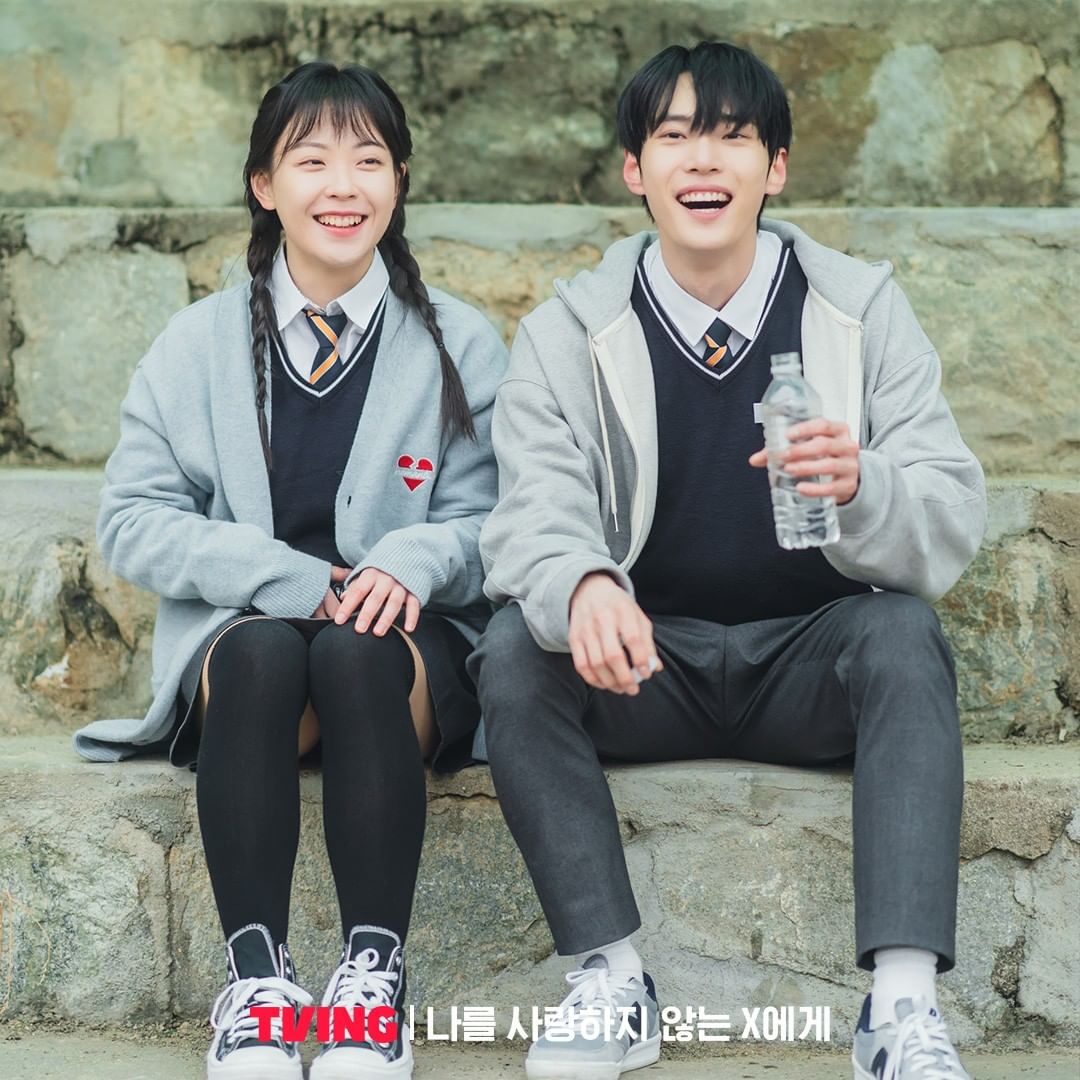 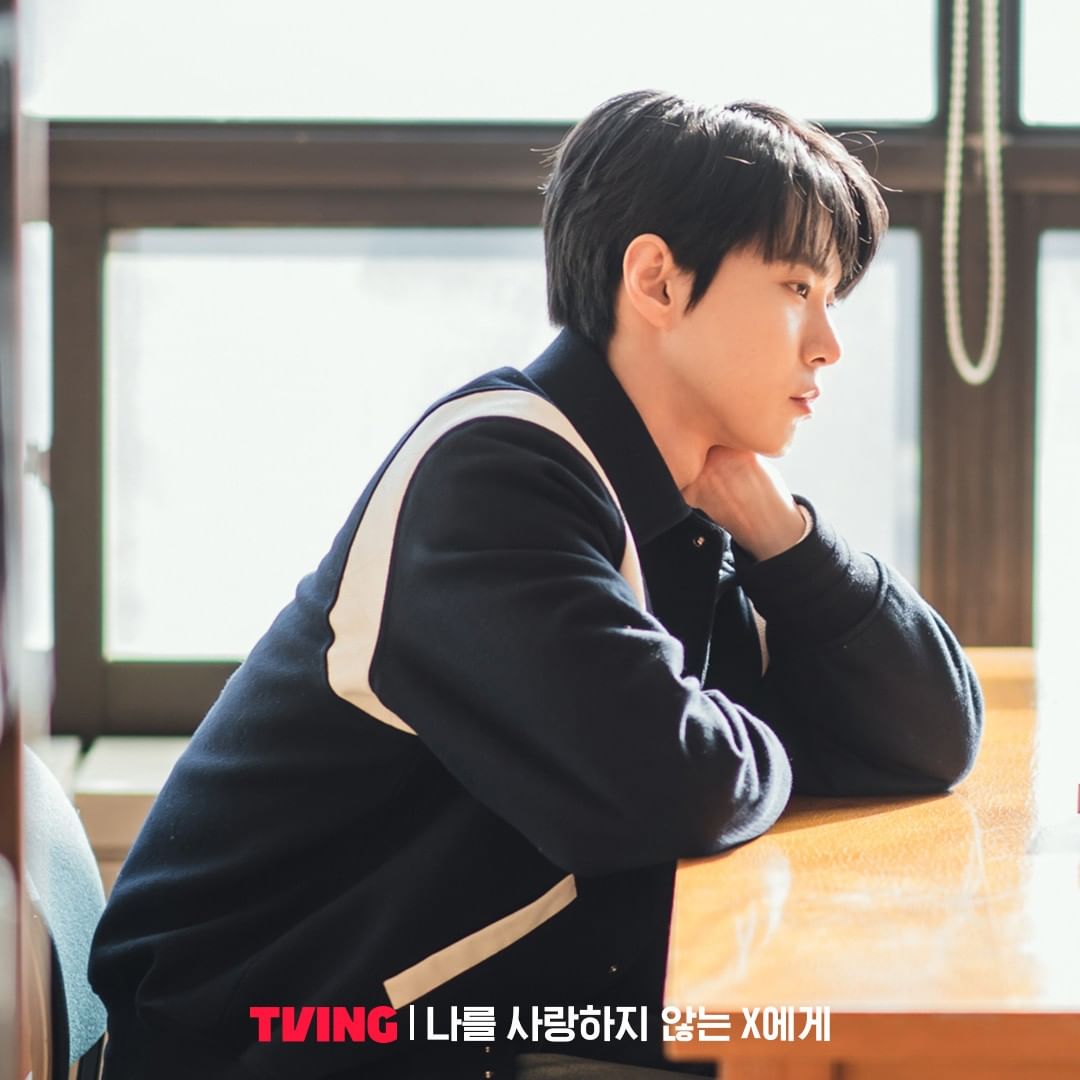 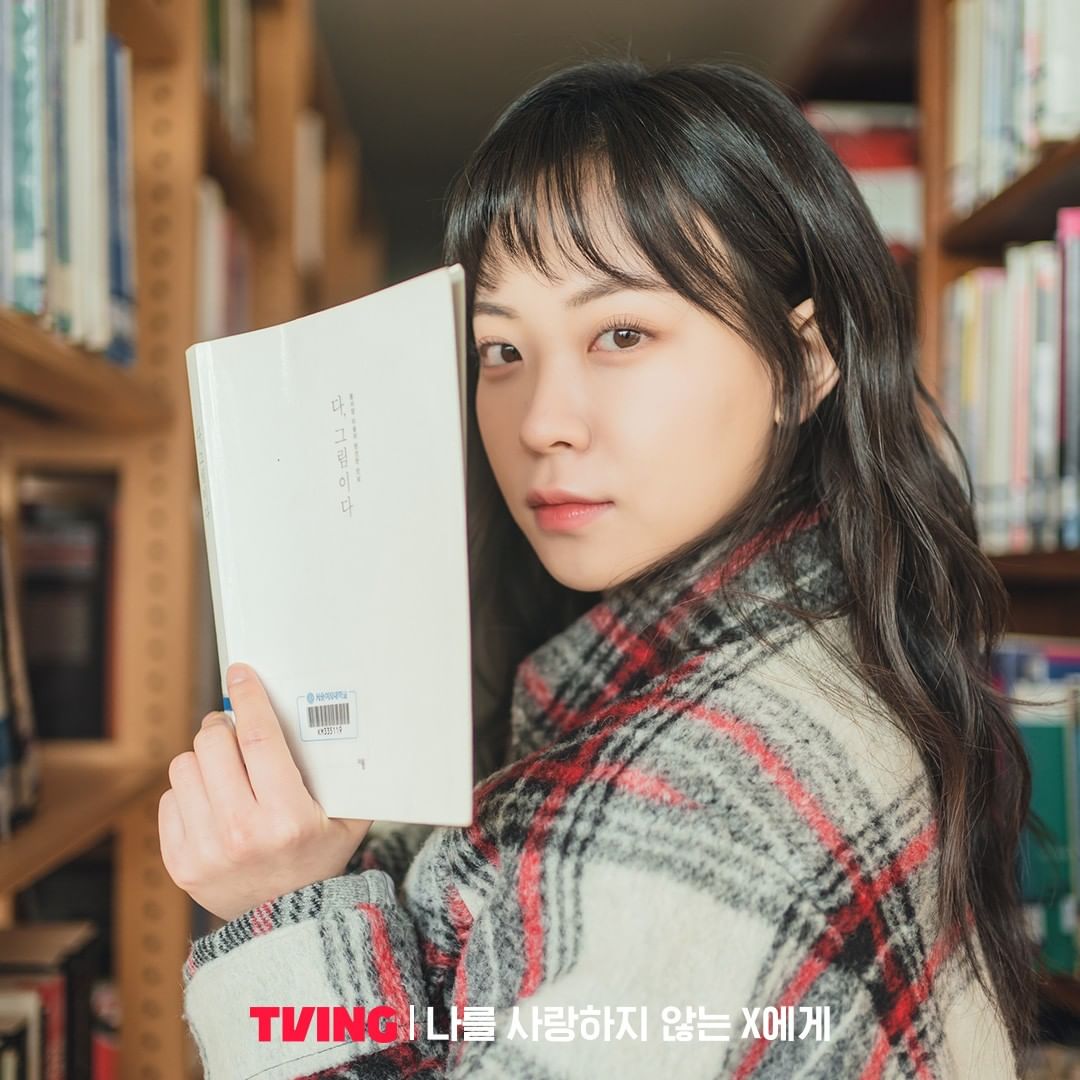 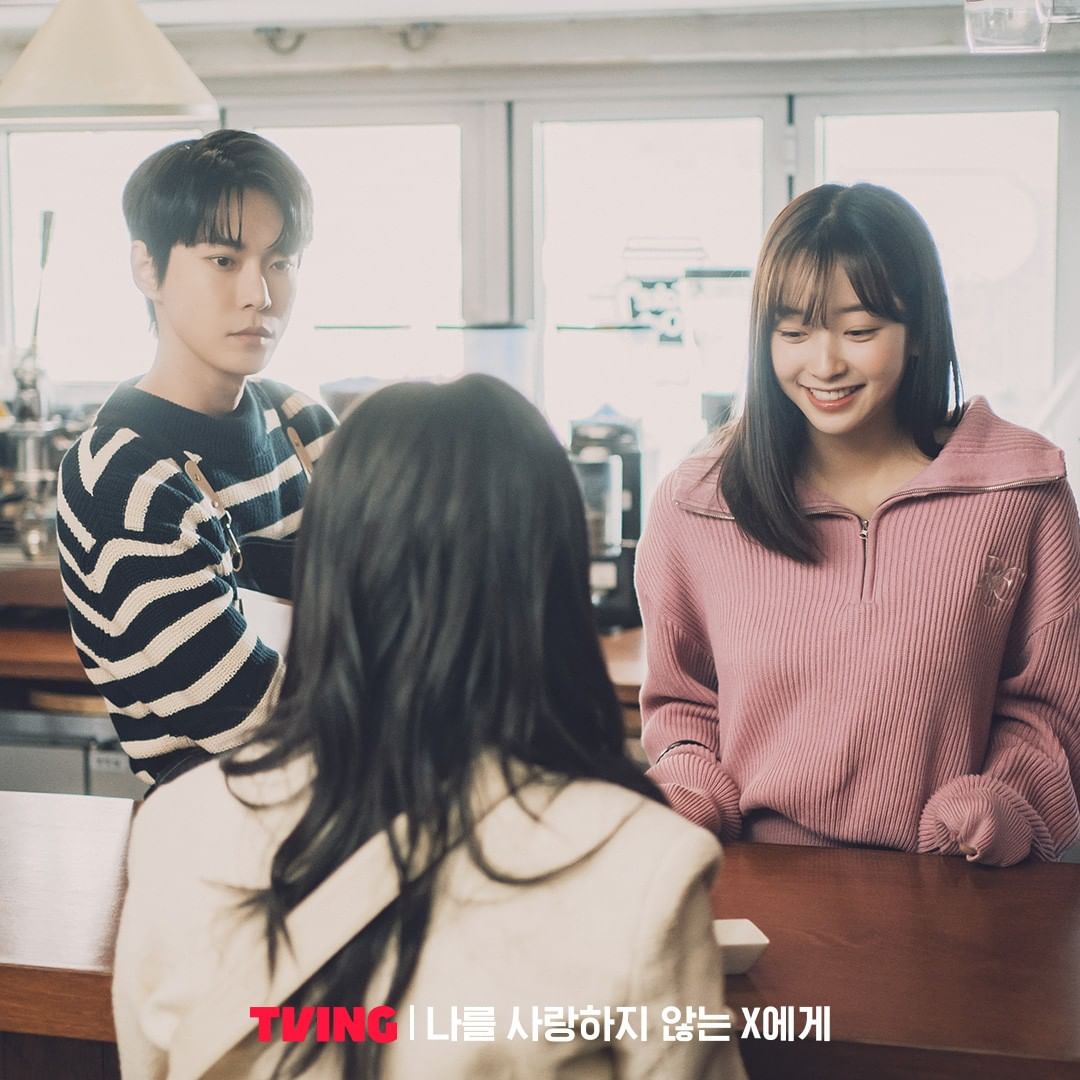 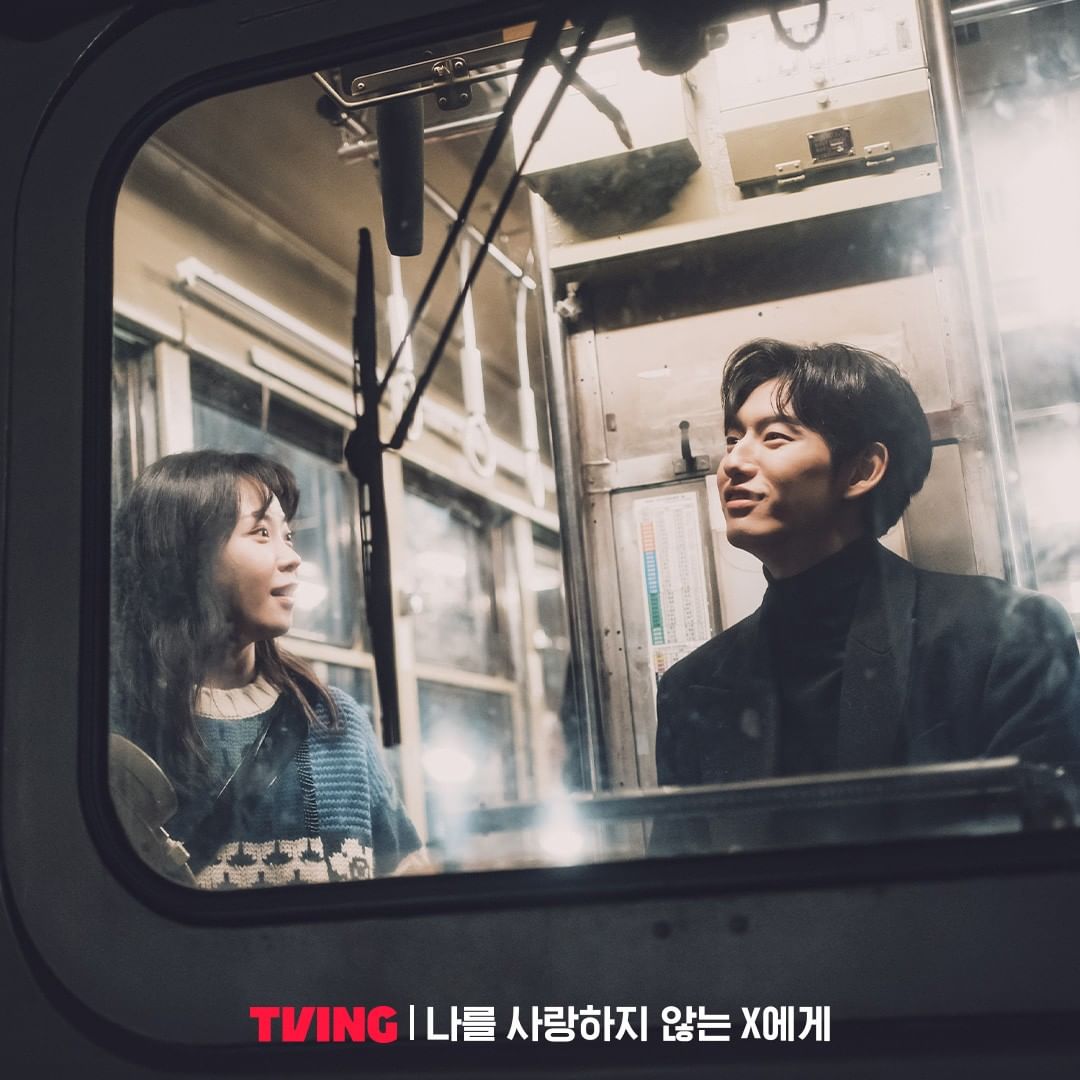 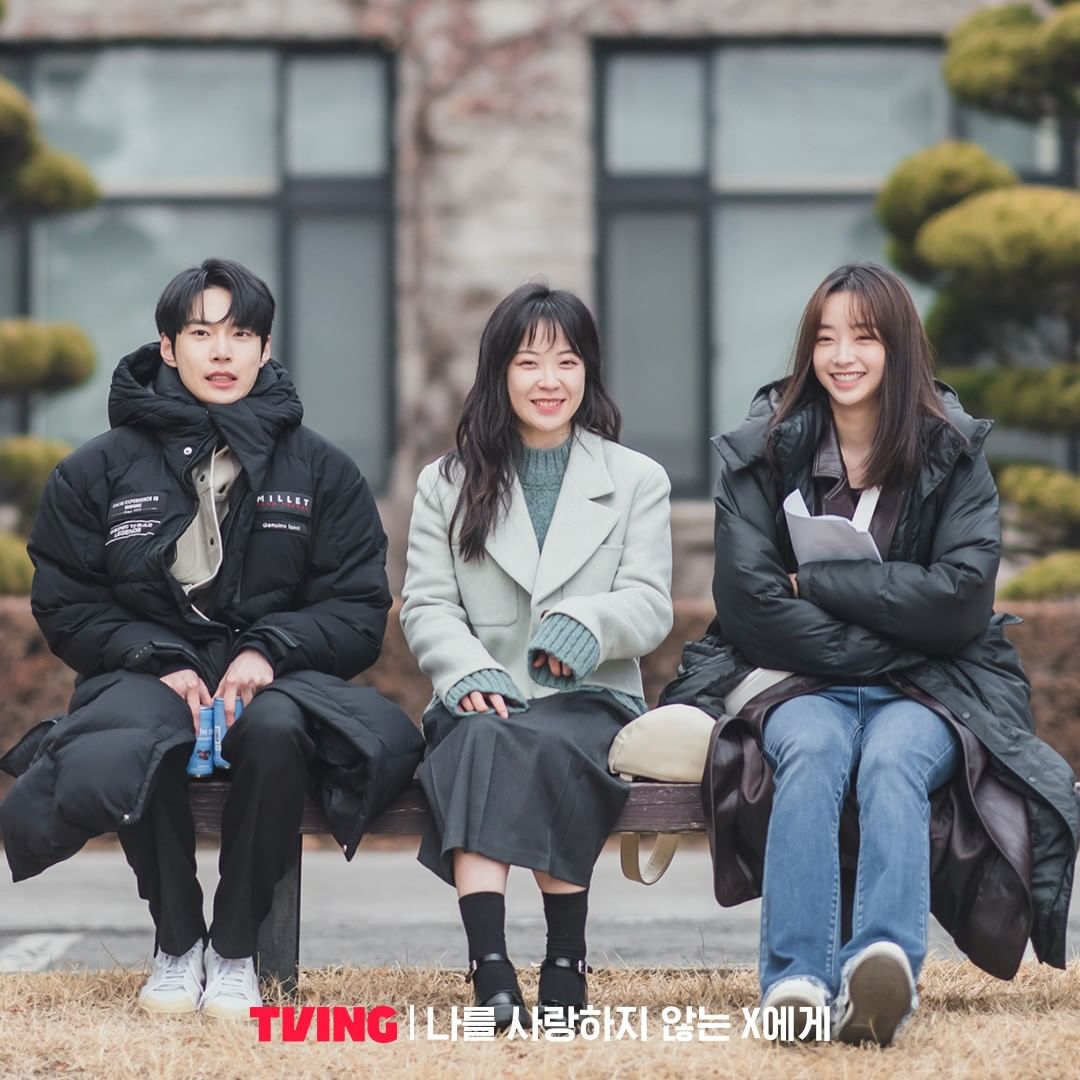 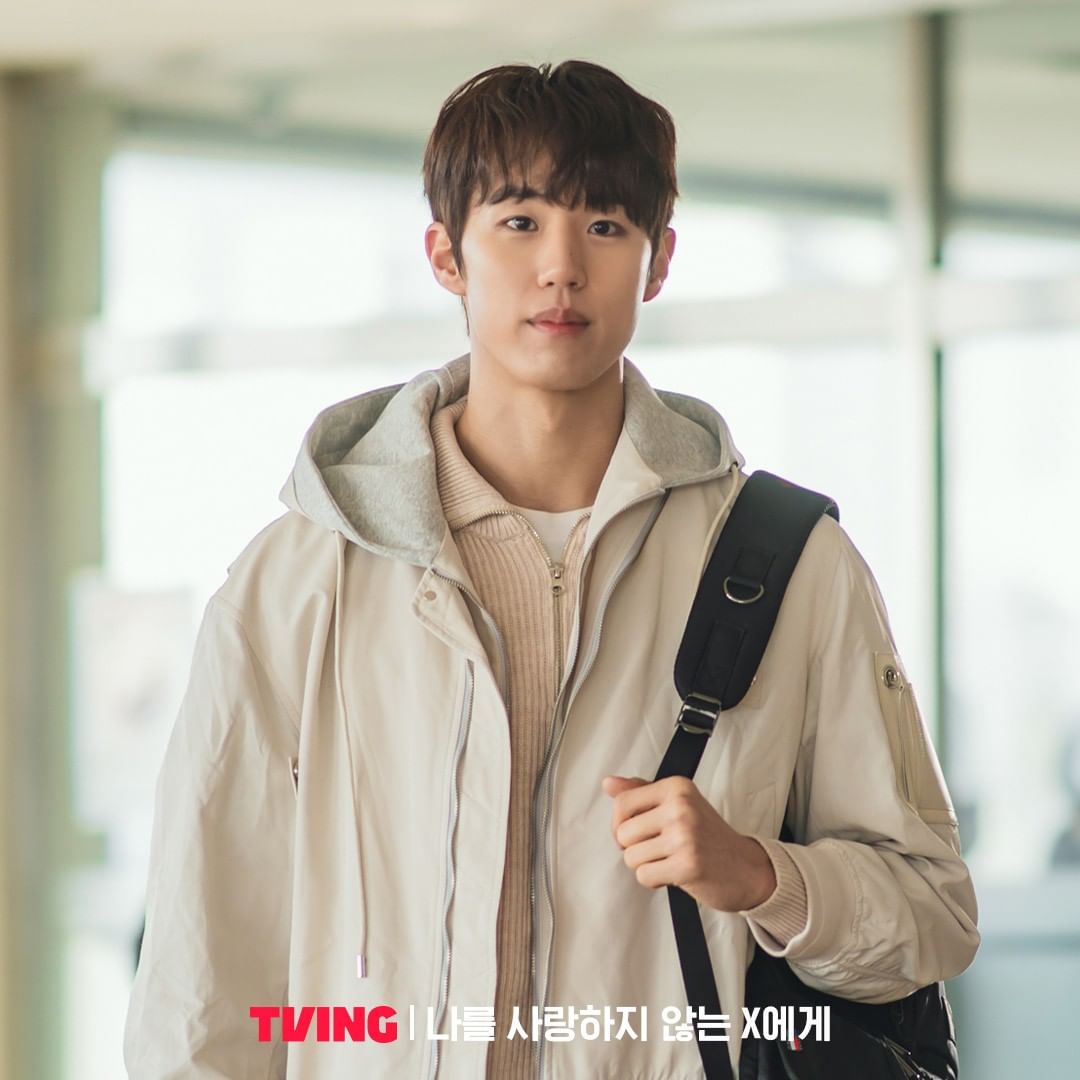 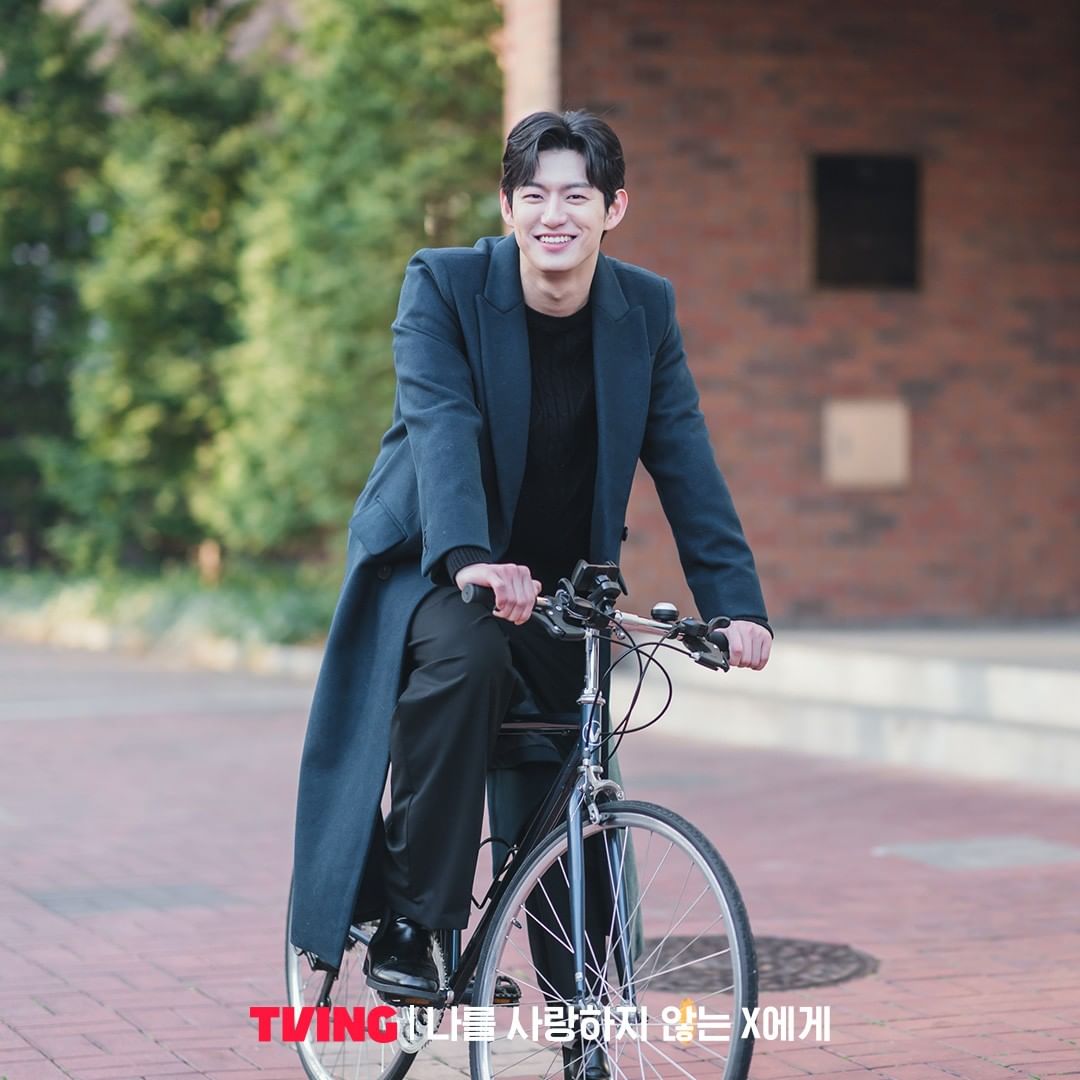 Watch the first three episodes of “Dear X Who Doesn’t Love Me” with subtitles here: