Jung So Min will put Lee Jae Wook to the test in “Alchemy of Souls”!

On the previous episode of “Alchemy of Souls,” Jang Wook (Lee Jae Wook) caught Mu Deok (Jung So Min) off guard by revealing that he was aware of just how much she cared for him—and that he had missed her just as much. In voice-over, Mu Deok admitted to herself that what she had sent Jang Wook was essentially her own “foolish and pathetic love letter” that she should never have sent him.

The newly released stills foreshadow a tense moment as Jang Wook is spotted with someone pointing a blade at his throat. He looks flustered by the sudden attack, but Mu Deok is nothing but cool and calm. In the following photo, he shoots her a sharp glare, while crown prince Go Won (Shin Seung Ho) is watching them in amusement. Mu Deok actually joined hands with Go Won in order to make Jang Wook stronger. Previously, she deliberately fed Jang Wook poison as well as made him fight against the crown prince. So it will be intriguing to see what kind of tough tactic she will use to teach him this time. 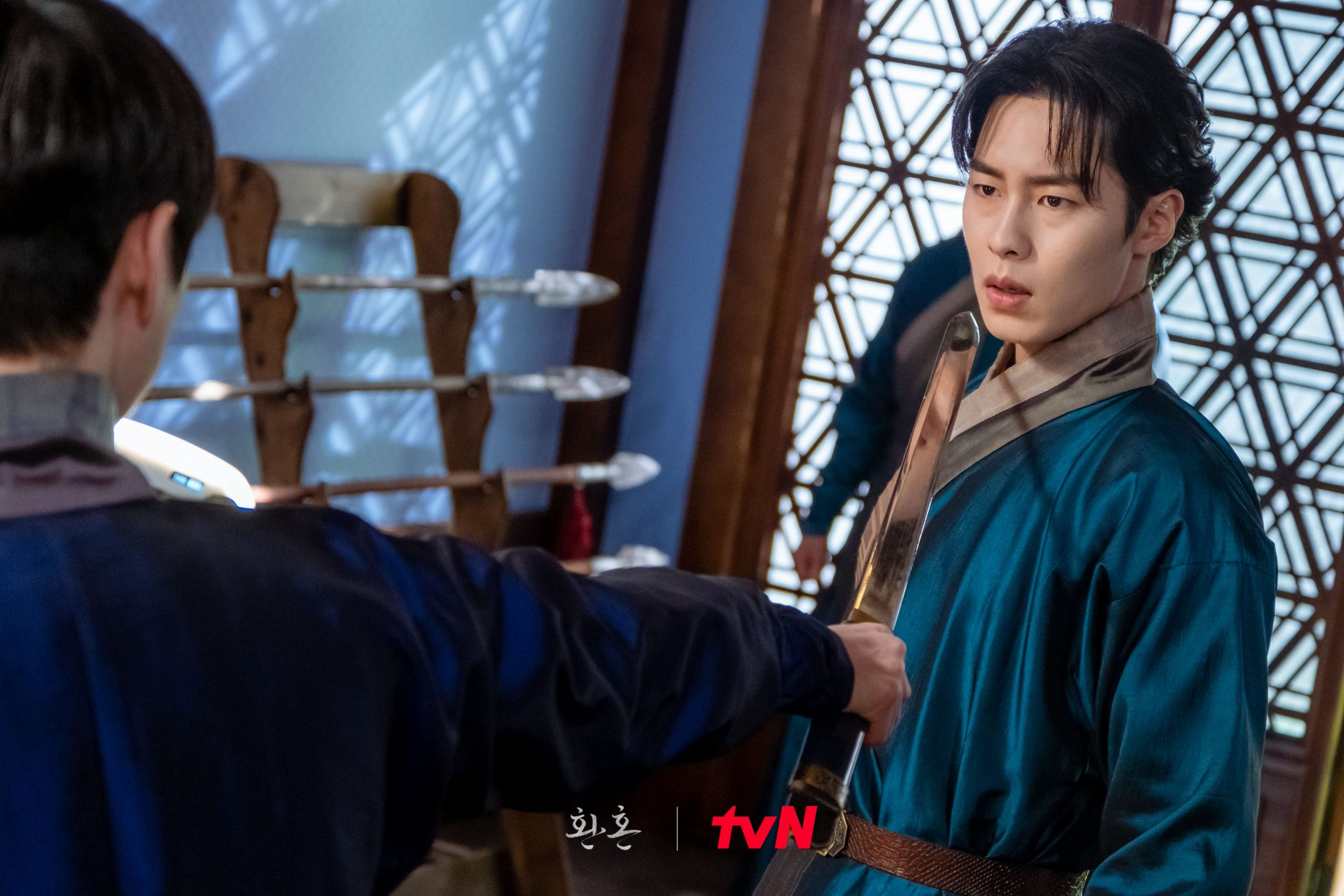 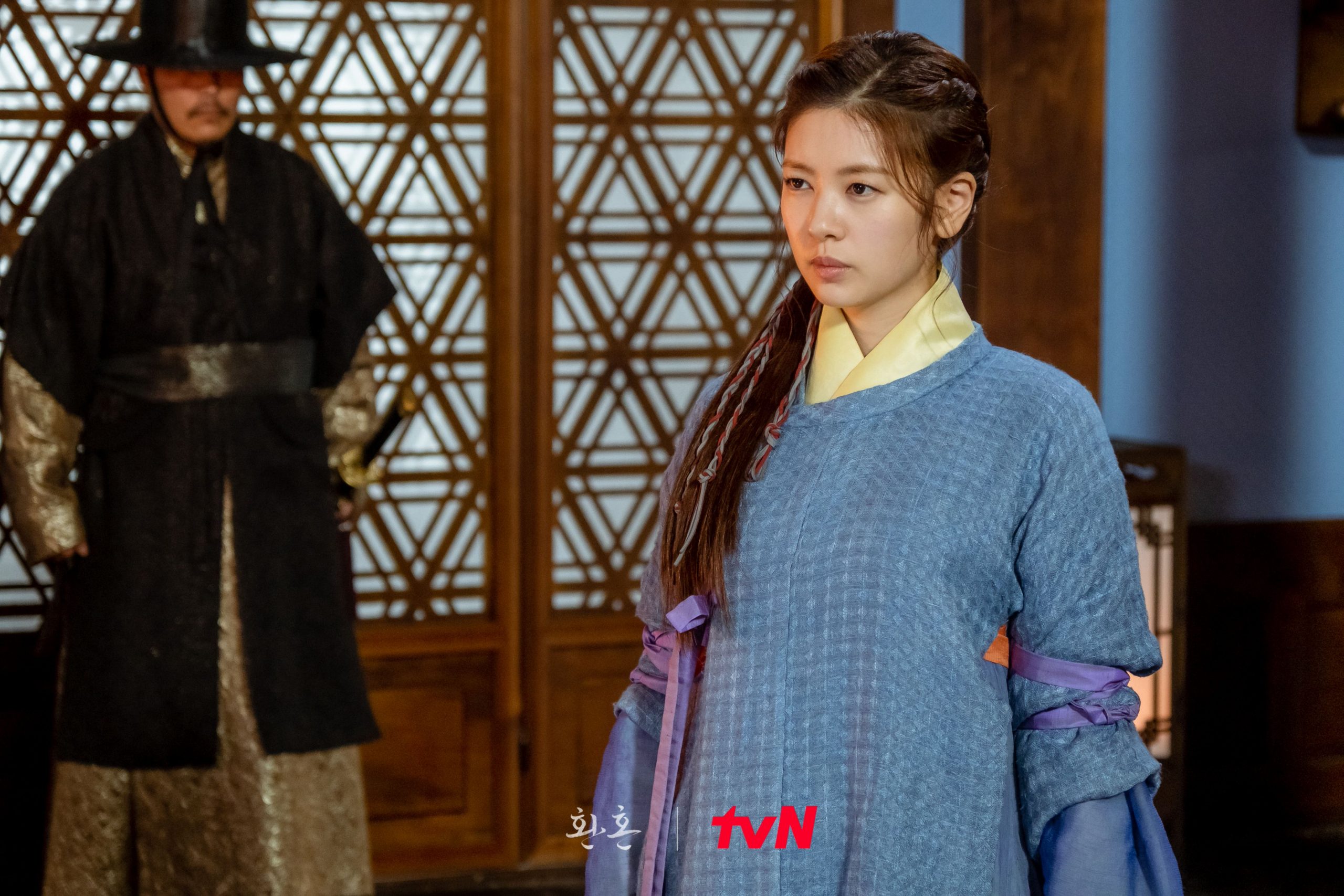 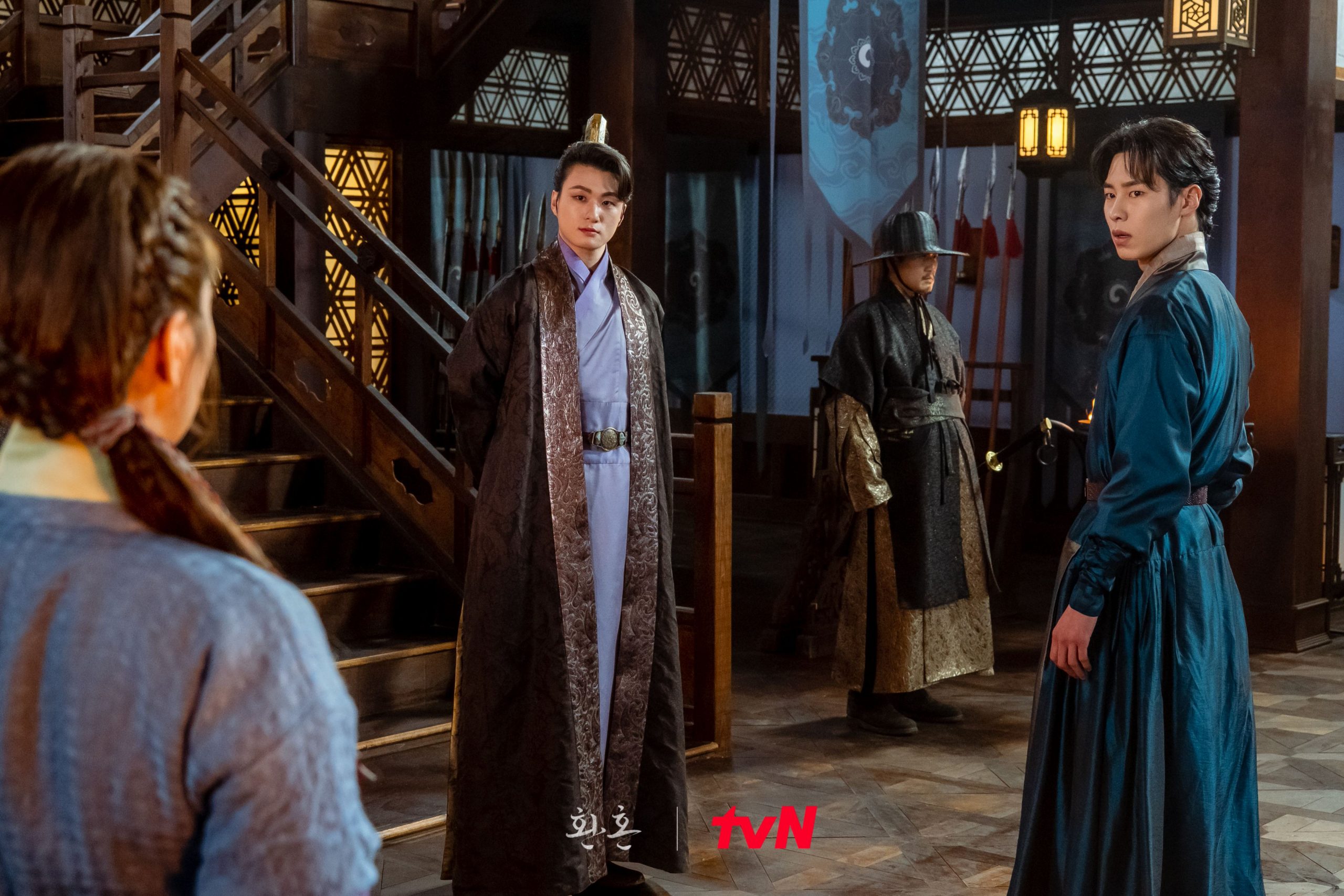 The production team hinted that Jung So Min’s lesson that will drive Lee Jae Wook into a corner will boost his growth. They added, “In particular, please watch to see what stage their teacher-pupil romance will enter after Jang Wook’s love confession.”

Meanwhile, watch Jung So Min in “Because This Is My First Life“:

Jung So Min
Shin Seung Ho
Lee Jae Wook
Alchemy of Souls
How does this article make you feel?