Written by Yoo Byung Jae, “Unicorn” will follow the riveting tale of Steve (played by Shin Ha Kyun), the slightly mad mastermind behind McCom, and his crew as they navigate the chaotic battlefield of Korean start-ups.

Won Jin Ah takes the ole of Ashley, one of Steve’s smartest employees and a member of the innovation team at McCom. Fans are looking forward to her transformation as she will showcase a character she has never played before.

The newly released poster with the words “The Outstanding Employee of the Month” features Won Jin Ah as Ashley. There are three figures of Ashley wearing the same unicorn headband, but her expressions are all different. Unlike the Ashley in the center, who is smiling happily while hugging the unicorn doll she got as a reward for her splendid work, the other two figures look less than thrilled. Her smile slowly fades away as her true reaction rises to the surface. 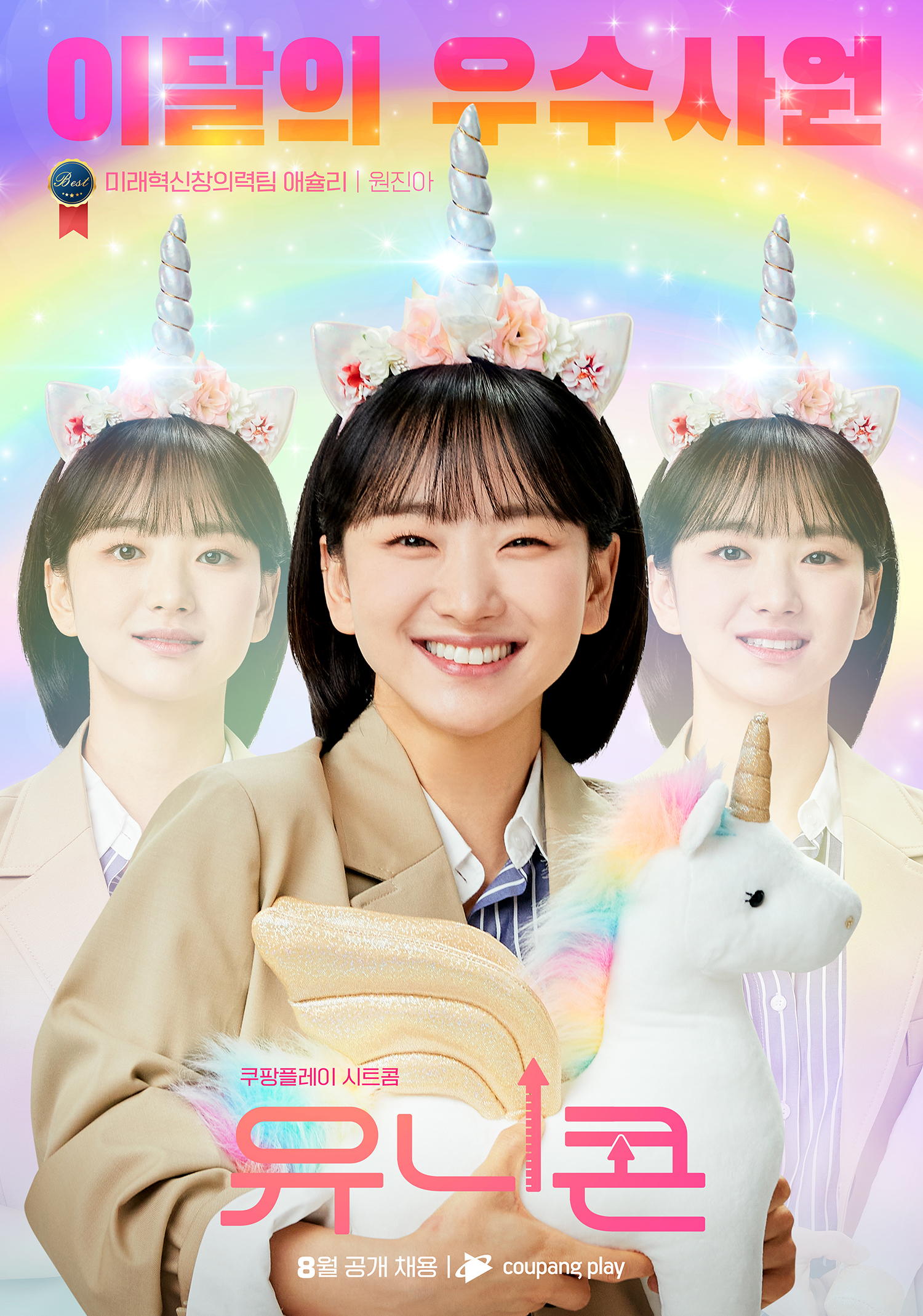 While waiting, watch Won Jin Ah in “Melting Me Softly“:

Unicorn
Won Jin Ah
How does this article make you feel?