Previously, it was revealed that lieutenant governor Jin Mu (Jo Jae Yoon) had a wicked scheme to take over the nation of Daeho using the phenomenon of hwanhonsul, which swaps people’s souls. In the new stills, Jang Wook (Lee Jae Wook) and Mu Deok (Jung So Min) hide nearby, wearing grave expressions on their faces as if they have just witnessed something unspeakable.

The situation only gets more intense as the pair come face-to-face with Jin Mu, who is one second away from drawing his sword. He is willing to kill if it means protecting his secret, which means that Jang Wook and Mu Deok now find themselves in imminent danger. They stand frozen in front of him as they come to terms with their perilous situation. Will the pair be able to escape this encounter unharmed? 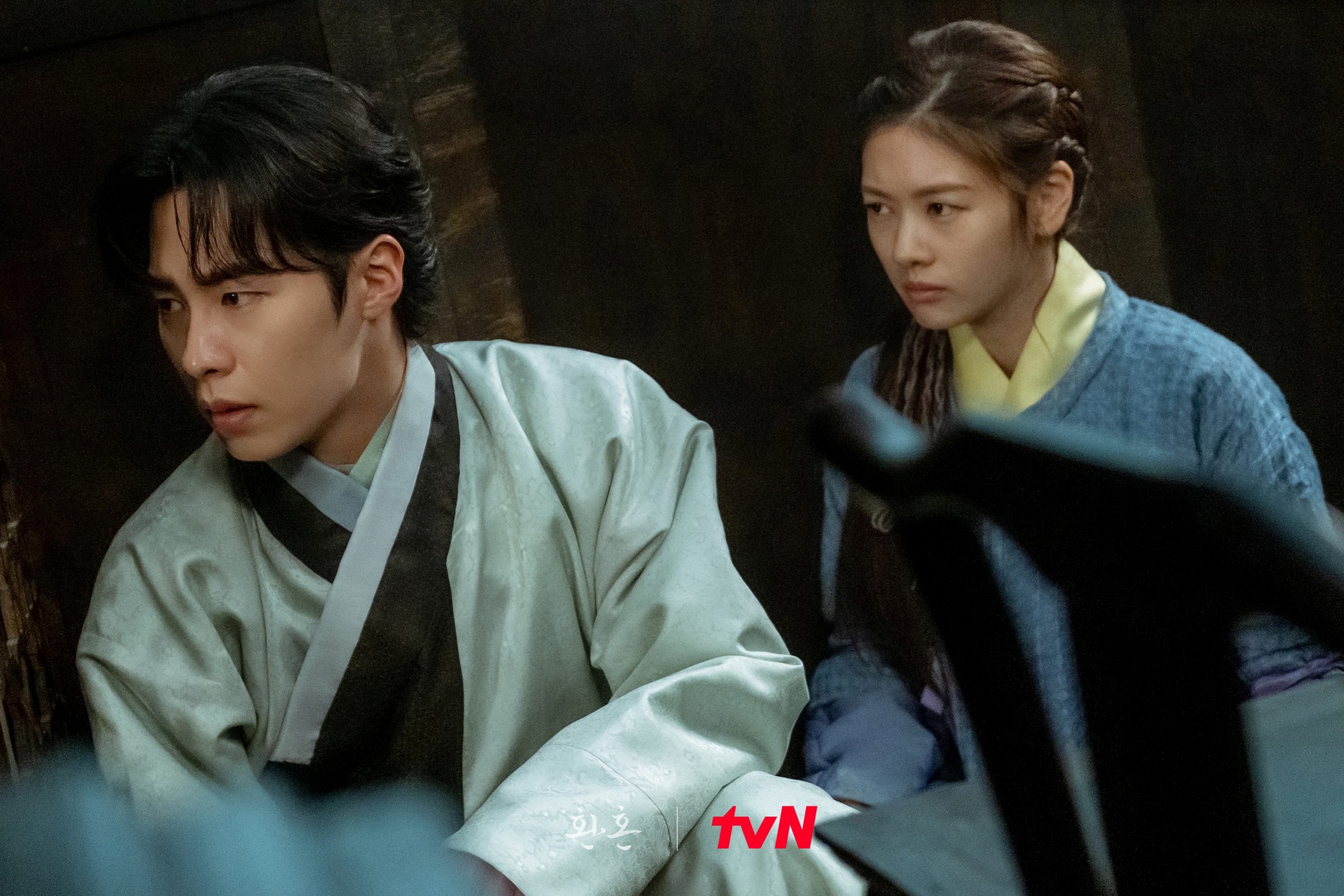 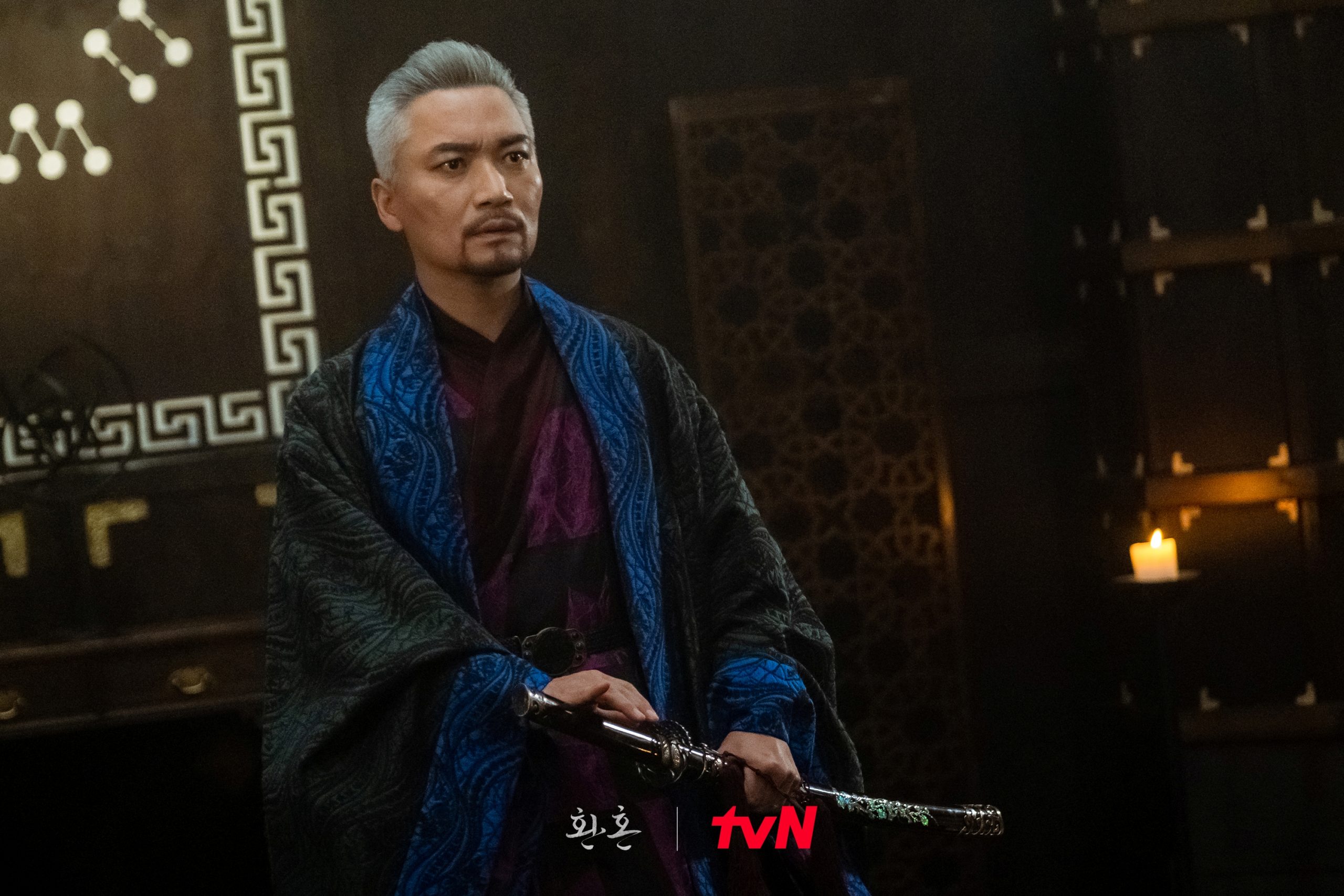 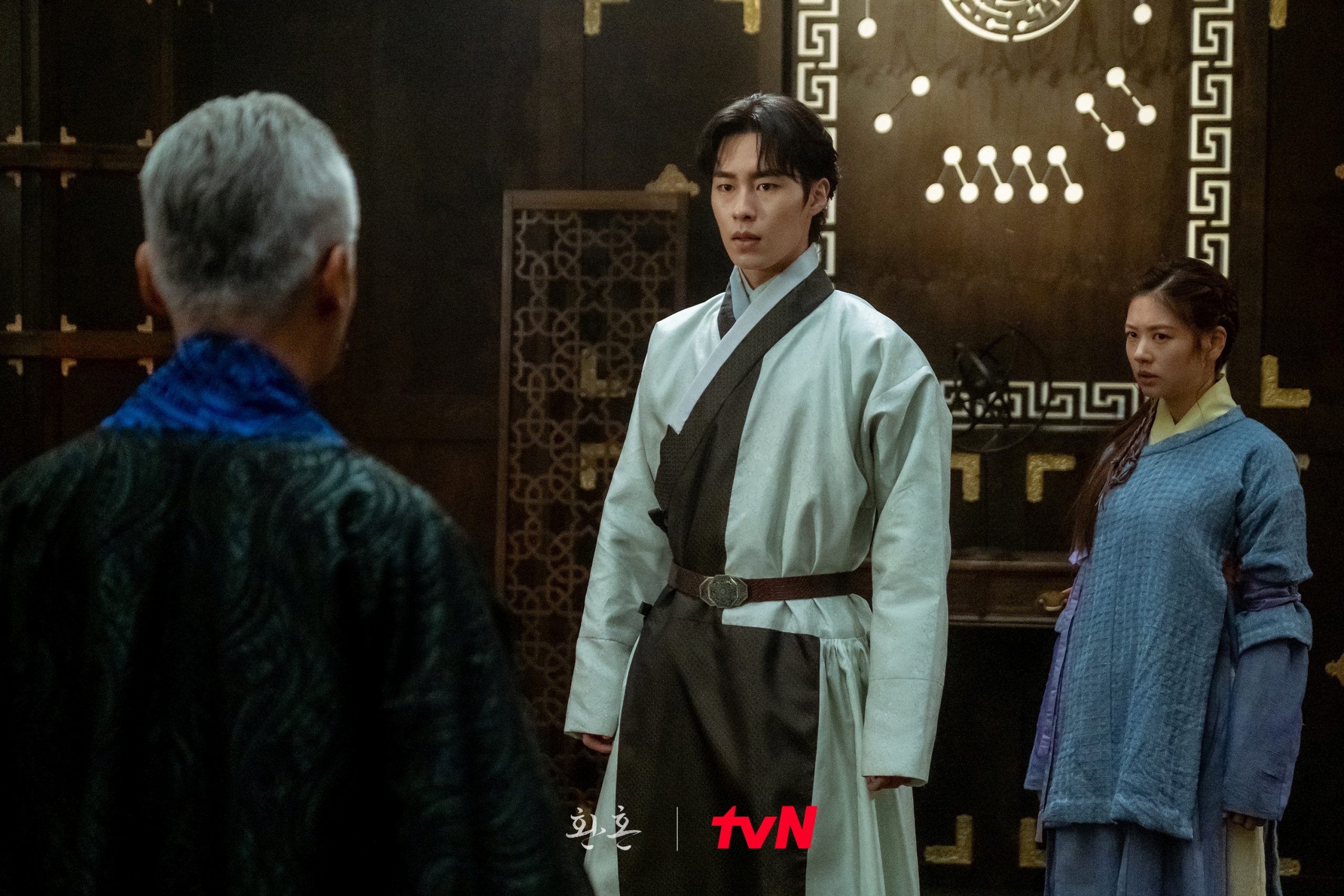 The drama’s producers commented, “Jang Wook and Mu Deok will meet the man of the royal family who is out of control. Keep an eye out for tonight’s episode, as its developments will leave you unable to take your eyes off the screen.”

In the meantime, watch Jung So Min in “Fix You” below:

Jung So Min
Jo Jae Yoon
Lee Jae Wook
Alchemy of Souls
How does this article make you feel?