Son Hyun Joo, Jang Seung Jo, And More Are Ready To Take Down The Bad Guys In “The Good Detective 2” Poster

“The Good Detective 2” is gearing up for its premiere!

The first season of “The Good Detective” starring Son Hyun Joo, Jang Seung Jo, and Lee Elijah was about the realistic lives of police detectives in their quest to uncover the truth and their conflicts with those who try to conceal it. In the upcoming season, Son Hyun Joo and Jang Seung Jo will reprise their roles and the good detectives of the Violent Crimes Team two will use only the truth to go up against ambitious villains who cross the line.

With the premiere date getting closer, the drama unveiled a new poster starring the Violent Crimes Team 2 that includes Son Hyun Joo as Kang Do Chang, Jang Seung Jo as Oh Ji Hyuk, Cha Rae Hyung as Kwon Jae Hong, Jung Soon Won as Ji Man Goo, Kim Ji Hoon as Byun Ji Woong, and Kim Myung Joon as Shim Dong Wook. The caption reads, “The Violent Crimes Team 2 is back,” amping up anticipation for their brilliant teamwork as they stop at nothing to catch the bad guys. Their expressions are firm with determination, and their sharp eyes signal a chilly warning to the villains. 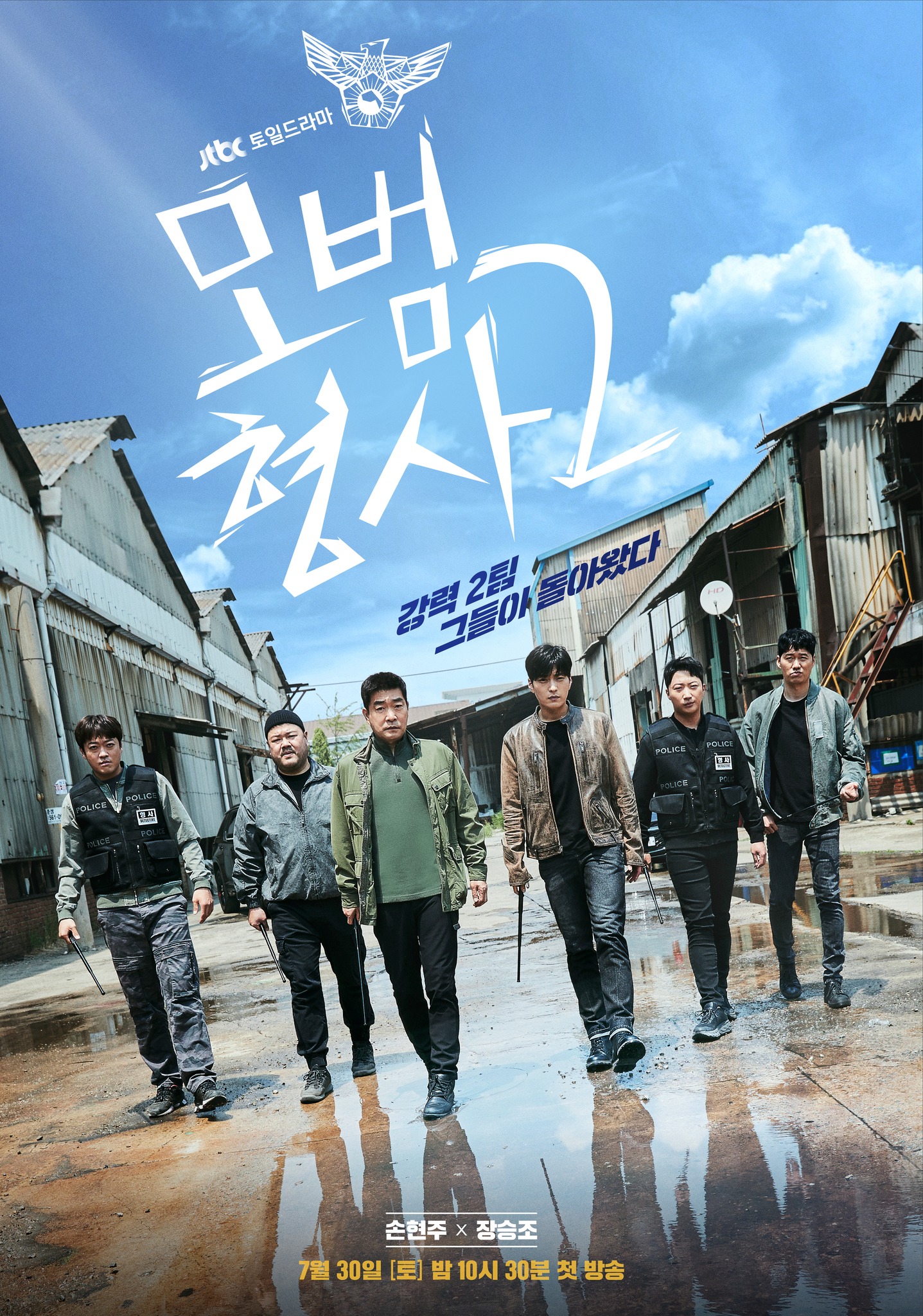 Cha Rae Hyung commented that the second season will depict an even more realistic world of detectives and teased, “The Violent Crimes Team 2 is [stronger than] all-powerful heroes.” Jung Soon Won and Kim Ji Hoon, who delivered laughter by portraying the quarrelsome chemistry of their characters, hinted, “You will be able to see the stronger loyalty and love of the two detectives. Please look forward to more powerful villains and a more powerful team.”

Last but not least, Kim Myung Joon remarked, “I’ve doubted myself, but I’ve never doubted the team. The differentiation point of ‘The Good Detective 2′ is that the drama has been entrusted to the actors’ instinctive senses based on the strong trust they have accumulated in the past.You will be able to see a more compelling story and the chemistry of the actors who move more instinctively.”

The production team stated, “The sides of the detectives that were hidden in the first season will be newly highlighted [in the second season]. Their cheerful and humorous aspects will also be strengthened. Amid a thrilling investigation, there is a special humor unique to the Violent Crimes Team 2 that can only exist with strong comradeship. Viewers will be able to pleasantly follow the cases with them.”