Previously, Mu Deok (Jung So Min) tried another extreme method to help Jang Wook (Lee Jae Wook) improve his skills. Jang Wook had to enter a relay match where Mu Deok made a bet with the jade ornament. In particular, Go Won (Shin Seung Ho) showed signs of displeasure when he found out that the jade ornament is something similar to a “couple item” between Jang Wook and Mu Deok. He ordered someone to find out who would be Jang Wook’s last opponent, raising questions about the final match.

In the newly released stills, Seo Youl (Hwang Minhyun) and Go Won are meeting in secret. Seo Youl looks firmly determined as if he has made up his mind, whereas Go Won seems flustered as if he has faced an unexpected situation. In the following photo, Go Won’s expression lights up with joy and satisfaction. Viewers are eager to find out what kind of conversation they shared when Go Won and Seo Youl have different attitudes towards Jang Wook. 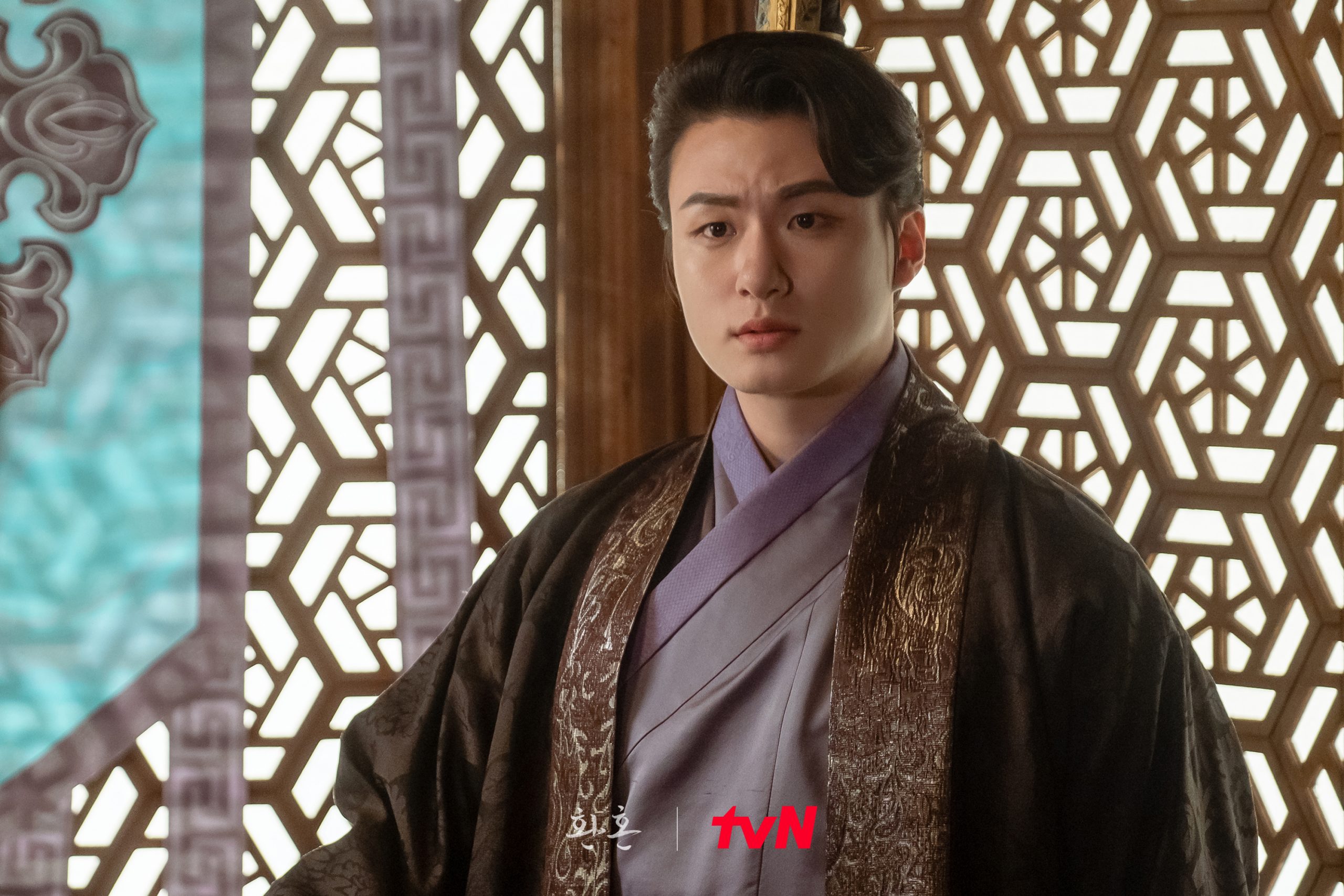 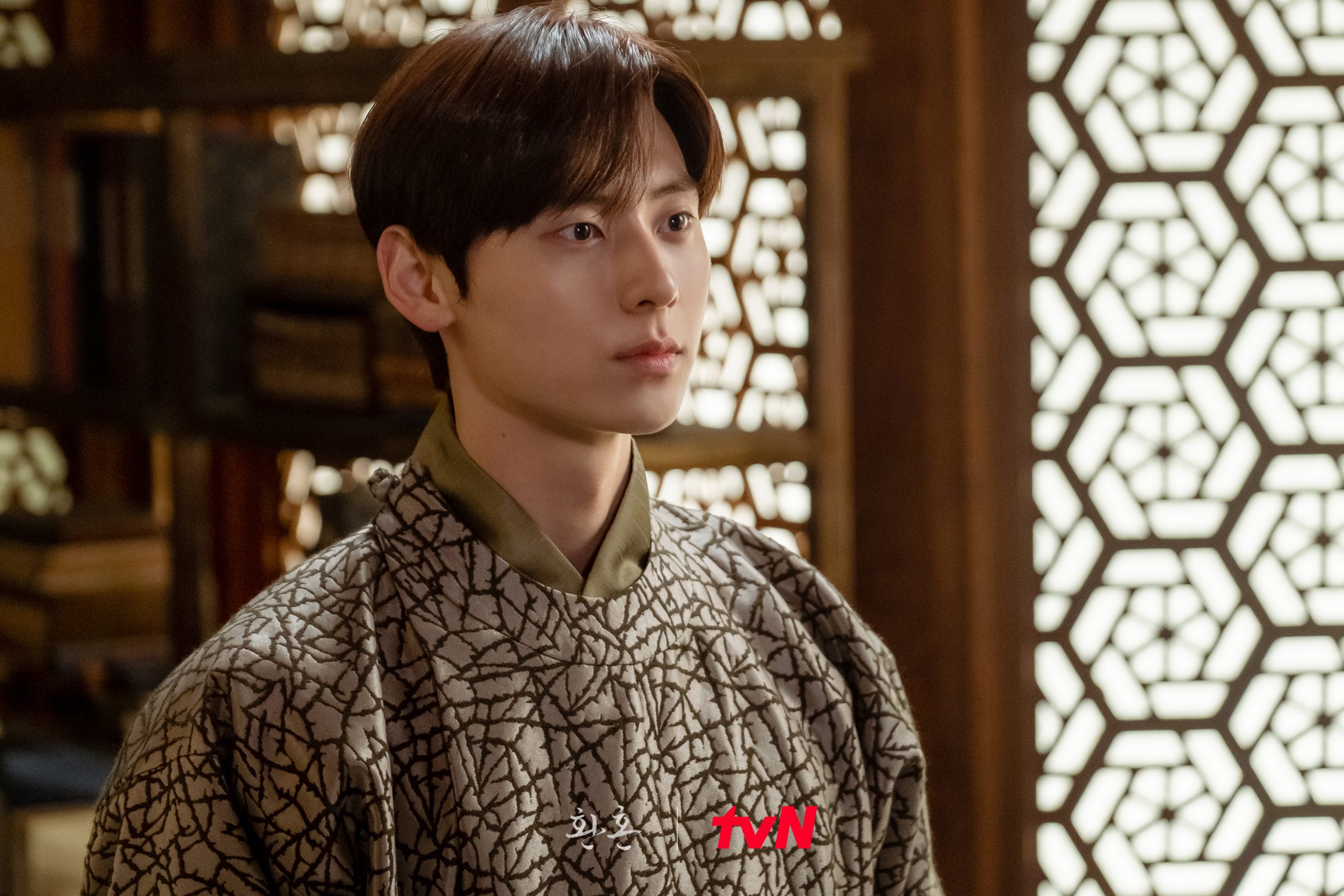 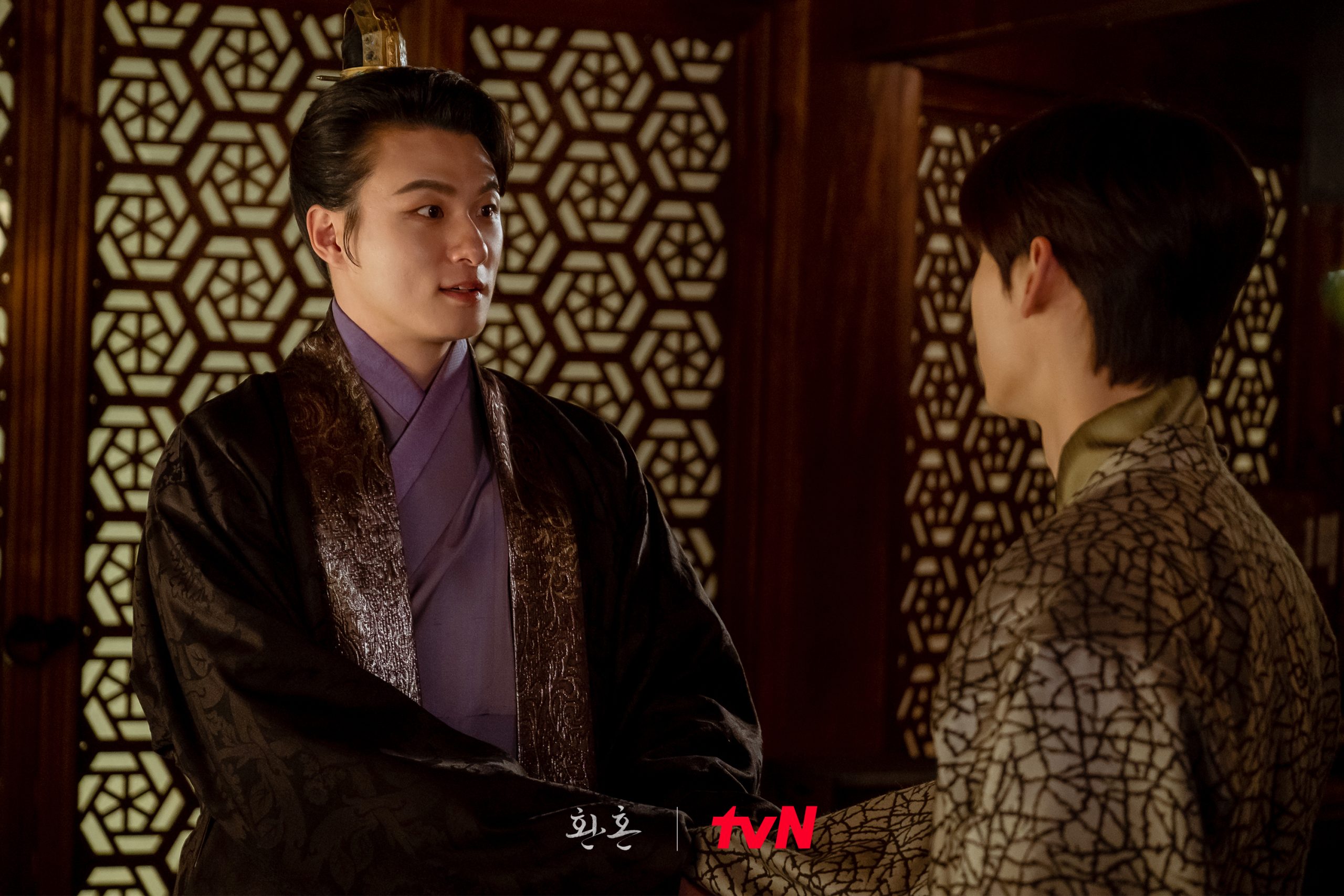 The drama’s producers teased, “The crown prince Go Won, who began to worry about Jang Wook’s relationship with Mu Deok, will intervene in his final match, and in the process, Seo Youl will raise his sword to protect his first love. Jang Wook, Seo Youl, and Go Won will go on different romance paths with Mu Deok, so please look forward to it.”

In the meantime, watch Hwang Minhyun in “Live On” with subtitles below!

Hwang Minhyun
Shin Seung Ho
Alchemy of Souls
How does this article make you feel?