Upcoming variety show “The Zone: Survival Mission” has released a thrilling teaser video and official poster ahead of its premiere!

The newly released poster features the trio looking sharp as the caption dramatically reads, “Three people who are representatives of humanity. Eight disaster simulations. The one who endures will survive.”

Meanwhile, the action-packed teaser offers an intriguing glimpse of the chaos that will unfold in the show. Amidst glimpses of zombies, gun fights, ice, and high-stakes gambling, the caption hints at the ordeals that await the cast by teasing, “Eight disasters, four hours of sticking it out.”

Yoo Jae Suk notes in voice-over, “Usually, when we do things like this [in variety shows], we’re supposed to escape. But this time, they’re saying we have to just ‘stick it out.'” Lee Kwang Soo agrees, “It’s our first time being asked to stick it out.”

At the very end of the clip, Lee Kwang Soo yells out to the crew, “I give up on this mission!” Yoo Jae Suk jokingly retorts, “Did you leave ‘Running Man‘ just to [give up] like this?”

“The Zone: Survival Mission” will premiere in September. In the meantime, check out the new poster and teaser below! 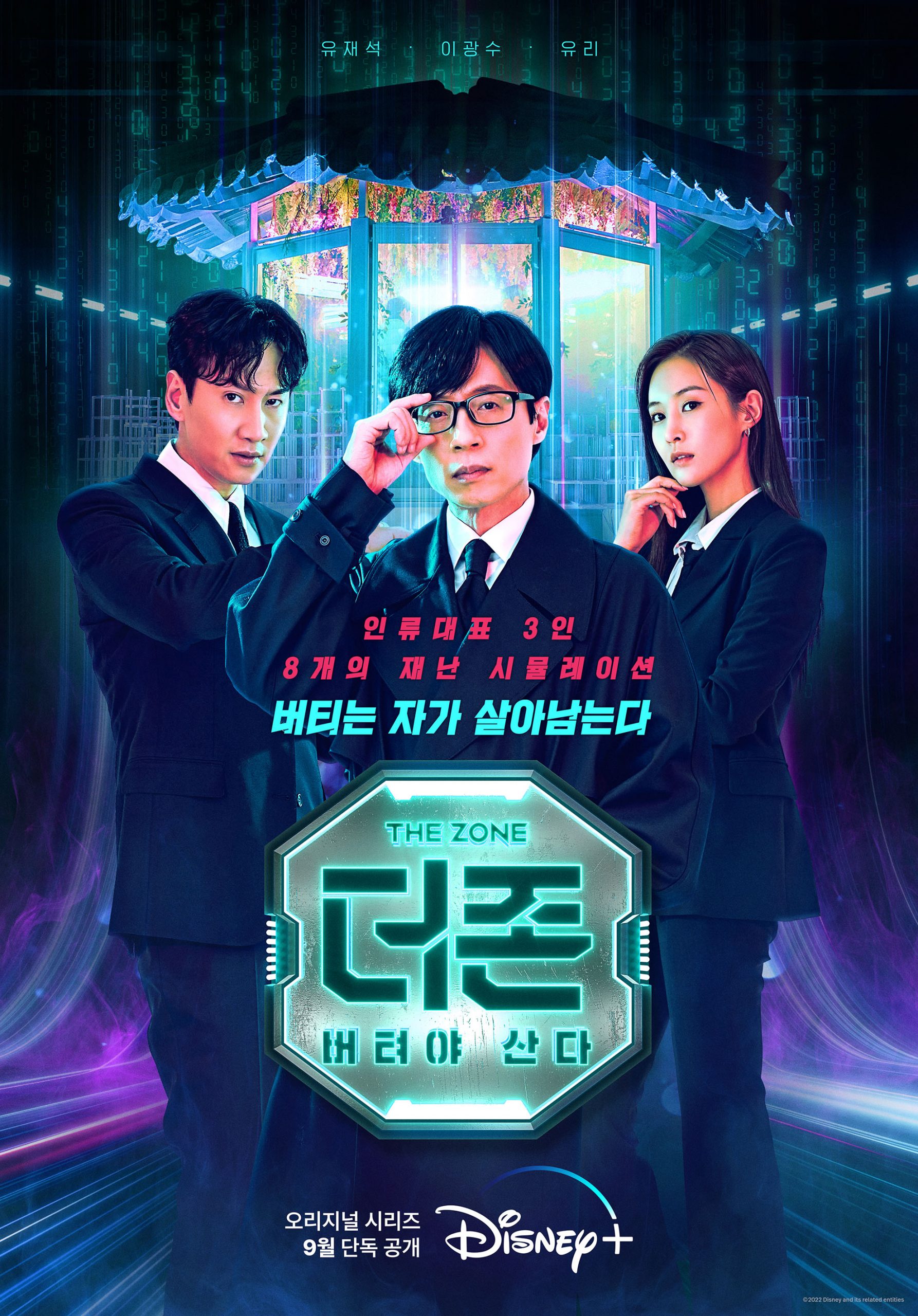 While you wait, watch Yoo Jae Suk on his variety show “How Do You Play?” with subtitles here…

…and check out Yuri’s latest drama “Bossam: Steal the Fate” below!