“ITZY dished on finding inspiration in Red Velvet’s Joy and Block B’s Zico on “Knowing Bros” (“Ask Us Anything”)!

On the August 6 episode of the JTBC variety show, ITZY’s Yeji, Chaeryeong, and Yuna appeared as guests alongside Zico, whom they met for the first time that day.

When the cast asked ITZY to share their thoughts on guesting on the show together with Zico, Yeji mentioned that they’d used him as an artistic reference while working on their music in the past. The ITZY leader went on to reveal that one specific line from “DALLA DALLA” had been influenced by Zico’s rapping style in particular: Yeji’s iconic “My life/I’ll live it however I want/Don’t try to stop me” from after the song’s first chorus.

Yeji recalled, “The producer [of the song] told me, ‘I’d like you to rap this part like Zico.'” At the “Knowing Bros” cast’s request, Zico then rapped ITZY’s famous line on the spot.

Afterwards, Yuna explained that because Zico had been a major influence on their music early on in their career, they wanted to thank him with a live cover of one of his songs. The three ITZY members then put their own spin on Zico’s 2017 hit “Artist.”

Later on in the show, Chaeryeong shared that she had turned to Joy for inspiration while preparing for their recent comeback with “SNEAKERS.”

When Super Junior‘s Kim Heechul asked what they considered the hardest part of their promotions for the song, Chaeryeong replied, “Practicing smiling.” She went on to explain that in contrast to ITZY’s powerful and hard-hitting songs from the past, “SNEAKERS” is an upbeat track that requires them to keep cheerful smiles on their faces throughout the performance, no matter how physically demanding the choreography gets.

Chaeryeong added that she had watched a lot of videos of senior artists in order to perfect her smile during performances, naming Joy in particular as her biggest source of inspiration. “Red Velvet’s Joy has an especially pretty smile, and she looks so natural and so pretty when she smiles,” she explained. 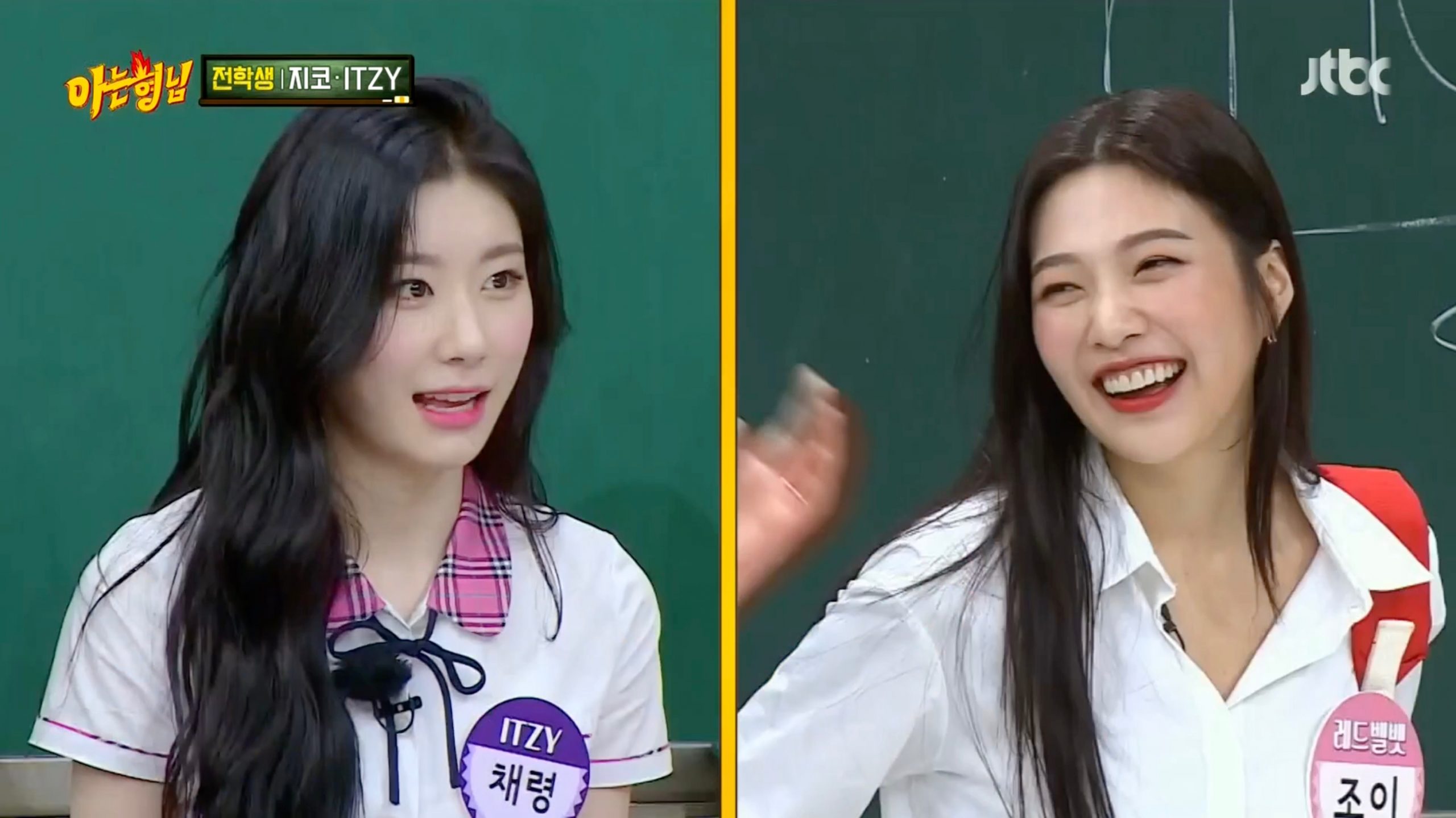 …and watch Joy in her latest drama “The One and Only” below!