Will Lee Jae Wook be able to form an alliance with Shin Seung Ho in “Alchemy of Souls”?

Penned by the famous screenwriting duo known as the Hong Sisters, tvN’s “Alchemy of Souls” is a fantasy romance drama set in the fictional nation of Daeho, a country that does not exist in history or on maps. The drama tells the story of characters whose fates become twisted due to magic that swaps people’s souls.

Previously on “Alchemy of Souls,” Jang Wook (Lee Jae Wook) secretly visited Gaema Village in order to find evidence that the Queen (Kang Kyung Hun) was a soul shifter. Go Won (Shin Seung Ho) also went to the village alone to investigate the disappearance of Eunuch Kim (Jung Ji Soon). As the two have a common goal, expectations are high for their teamwork.

In newly released, stills, Jang Wook, Mu Deok (Jung So Min), Seo Youl (Hwang Minhyun), and Park Dang Gu (Yoo In Soo) have a serious discussion about something, hinting the gravity of the situation. Jang Wook, who has a private meeting with Go Won, looks determined to stop the Queen and Jin Mu (Jo Jae Yoon) from carrying out their scheme. Meanwhile, the crown prince looks surprised to read the The Book of Cheonbugwan that Jang Wook gives him. Viewers are eager to find out if Jang Wook and Go Won will end up joining hands. 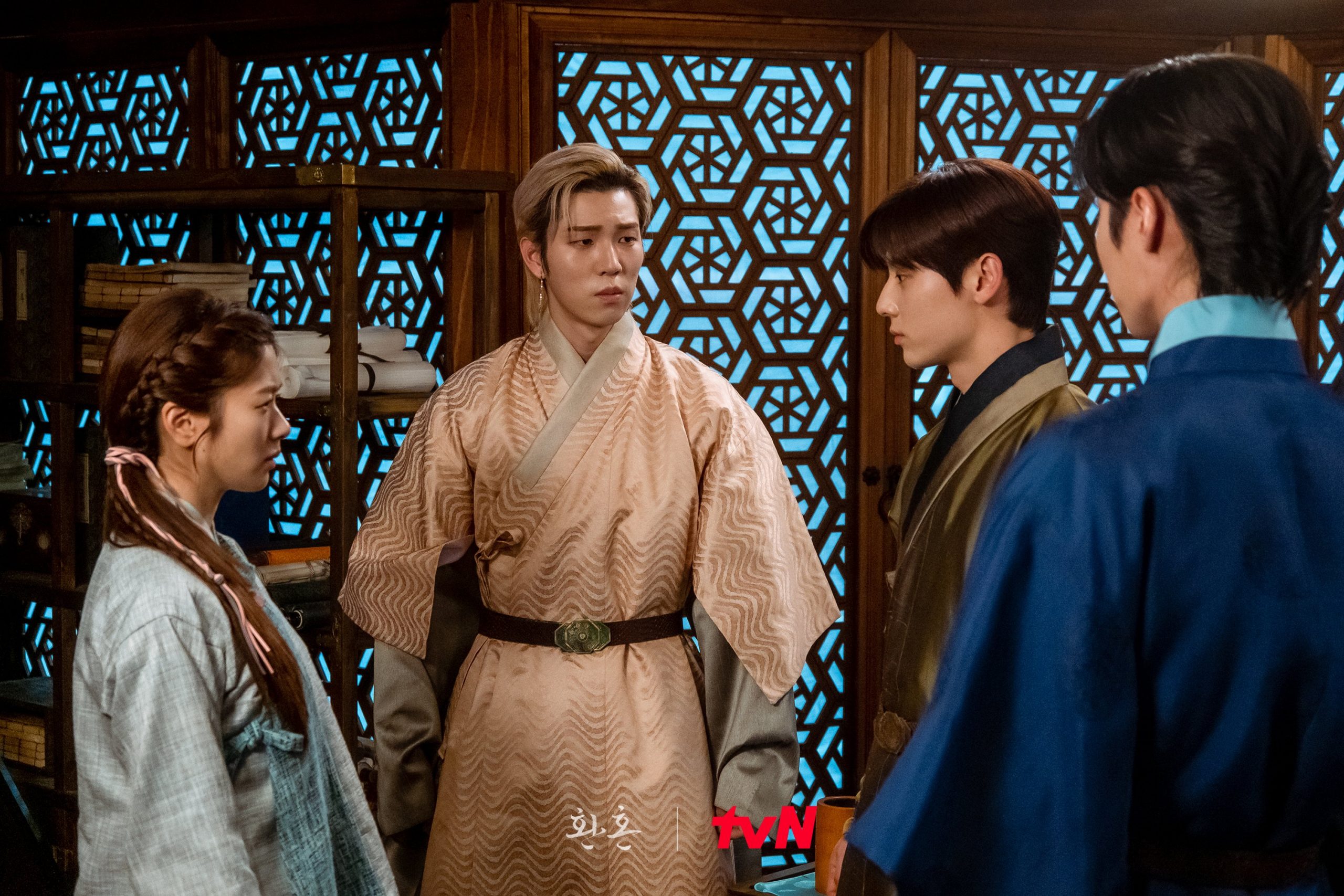 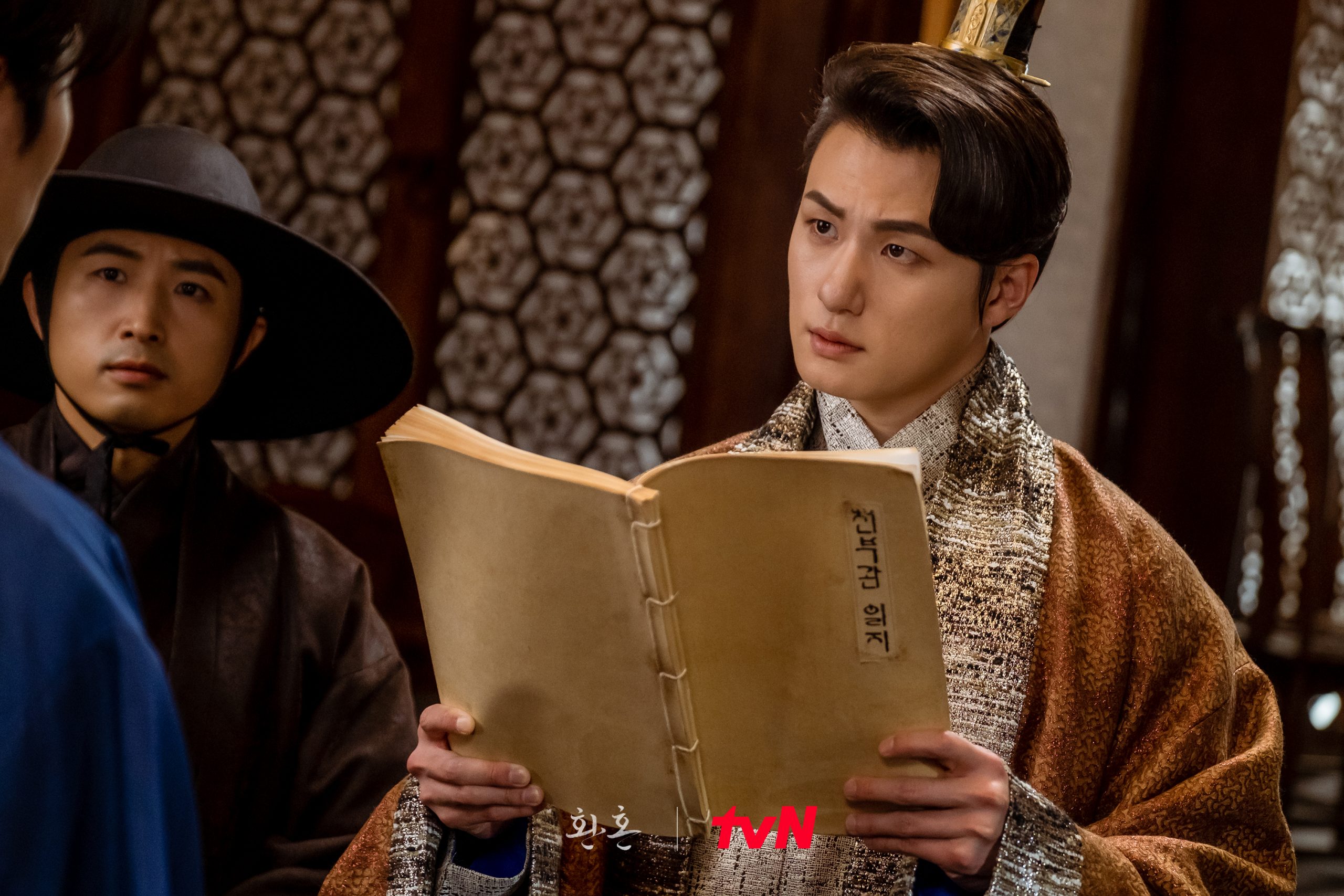 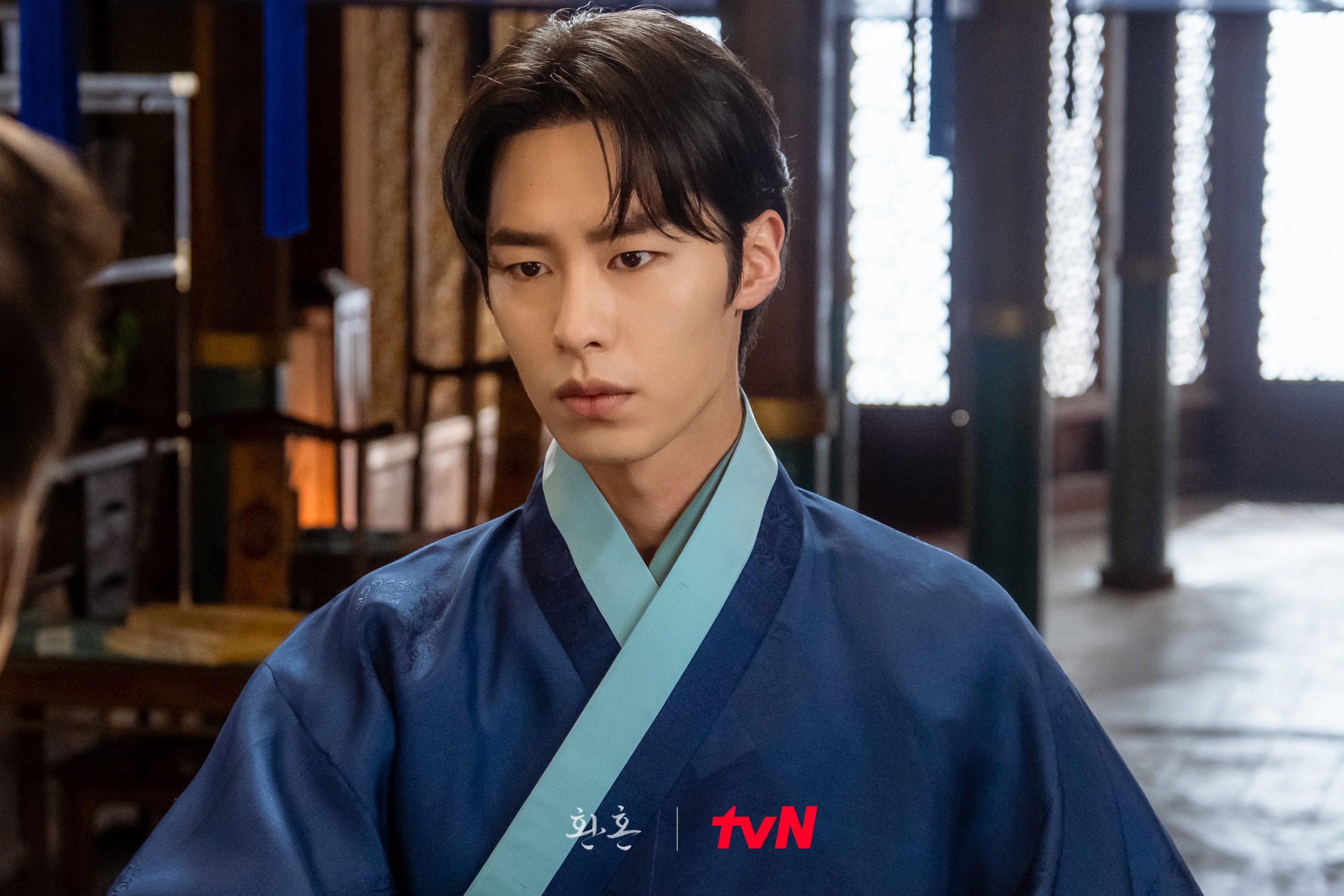 The production team commented, “Jang Wook, Mu Deok, Seo Youl, and Park Dang Gu will begin the countdown to destroy Jin Mu and the Queen’s scheme through an alliance with Crown Prince Go Won. In particular, the fact that So Yi (Seo Hye Won) is the fake Jin Bu Yeon will be revealed in the process, and stormy plot developments that viewers won’t be able to take their eyes off will unfold.” They asked the viewers to tune in to find out if they will be able to achieve all their goals at once.

In the meantime, watch Lee Jae Wook in “Extraordinary You“: