Ha Yun Kyung On The Difference Between Acting On Stage And On Screen, The Person She Wants To Become, And More

After capturing viewers’ hearts as the kind and charismatic Choi Su Yeon in ENA’s hit drama “Extraordinary Attorney Woo,” Ha Yun Kyung has shown fans a different side to herself in her latest pictorial. In the following interview, the star spoke in detail about her love and passion for acting.

Thinking back to her days as a student where she would use her window as a practice mirror, Ha Yun Kyung recalled, “In the middle of the night, I would practice reciting [my lines] with a small light on, in case I interrupted my family. I felt that I had to go to a good school for my parents to believe in and support me.”

The actress also spoke about what made her want to go into acting, sharing, “The musical ‘The Lion King,’ which I watched in middle school. The actors who sang and used their bodies on stage were cool and I was curious about what mindset made them able to do something like that.”

After performing on stage, Ha Yun Kyung has expanded her work into films and dramas. Regarding the difference in medium, Ha Yun Kyung explained, “In media, the acting that you showcased after preparing in detail is left as a record. That is both an advantage and a disadvantage. That’s because when I watch myself acting, I feel really embarrassed and I’m always left with regret.”

She revealed, “I’ve never once been satisfied after watching my own acting. When I see [myself] on screen, I only notice things I should fix so I end up studying and learning to no end.”

To find answers with regards to acting, Ha Yun Kyung shared, “I research a lot of different projects that are related to the material of the project I’m working on. I also look up related articles and ask for advice from the lead actors, directors, or my friends. I also try to listen to a lot of music.” 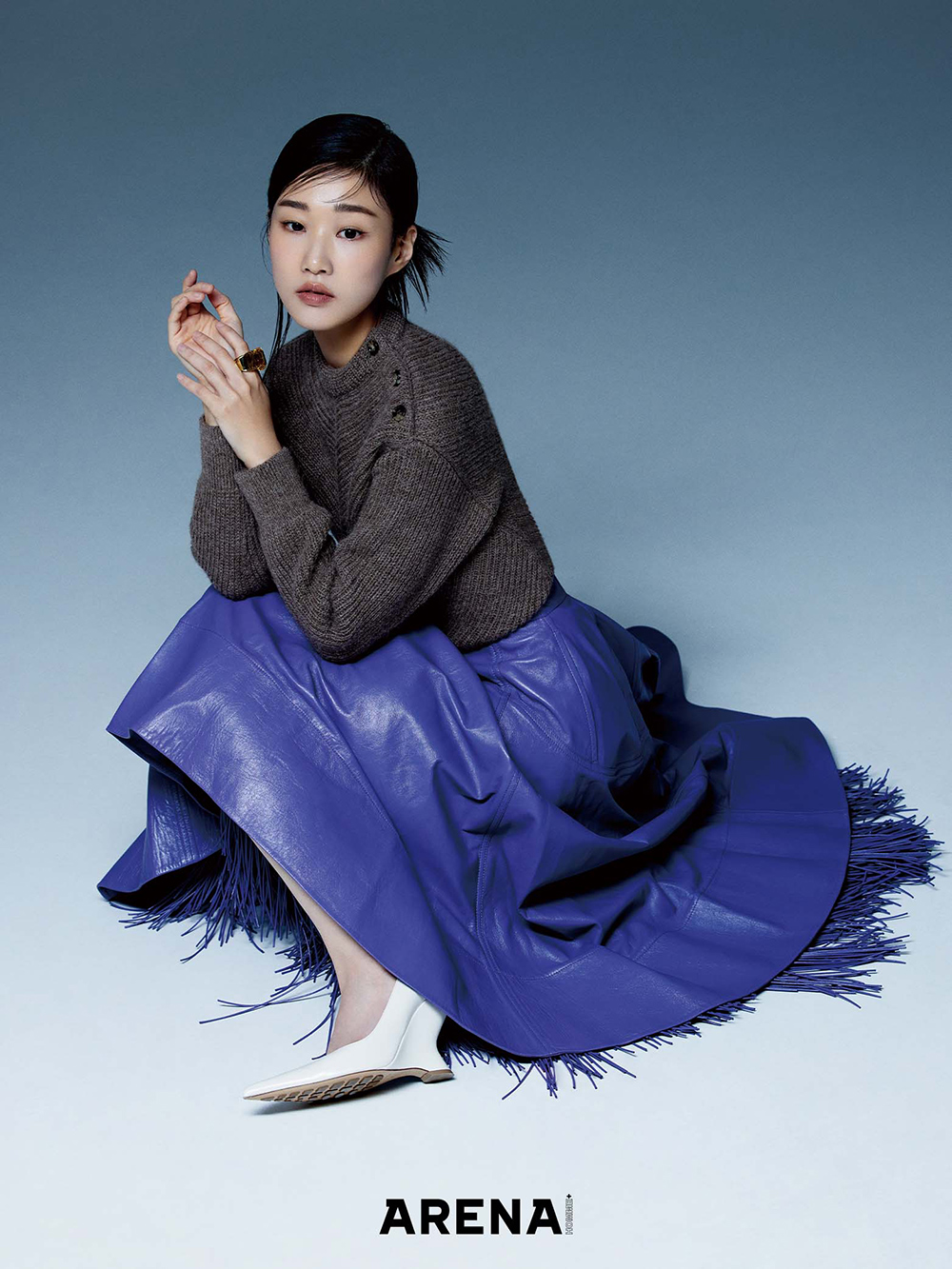 Looking towards the future, Ha Yun Kyung commented, “I want to become a meaningful person. A person who wants to become an actress that leaves a lasting impression. I want to become someone who intriguingly leaves a calm trace when I turn around, even if I’m not an actress with powerful acting right now. If I’m to describe what kind of person I am right now, [I am] someone who acknowledges their shortcomings and works hard.”

Watch Ha Yun Kyung in the film “Go Back” below!

Arena Homme Plus
Ha Yun Kyung
How does this article make you feel?