The highly-anticipated sequel film of “Confidential Assignment” has unveiled its main poster and trailer!

The newly released poster vividly contains the dynamic energy of the five characters. It amps up anticipation by showing Rim Chul Ryung, Kang Jin Tae, Jack, and Park Min Young participating in the cooperative investigation in their own ways. It also offers a glimpse of Jang Myung Joon, the antagonist, and the text reads, “A new mission. One team. A thrilling cooperation begins.” 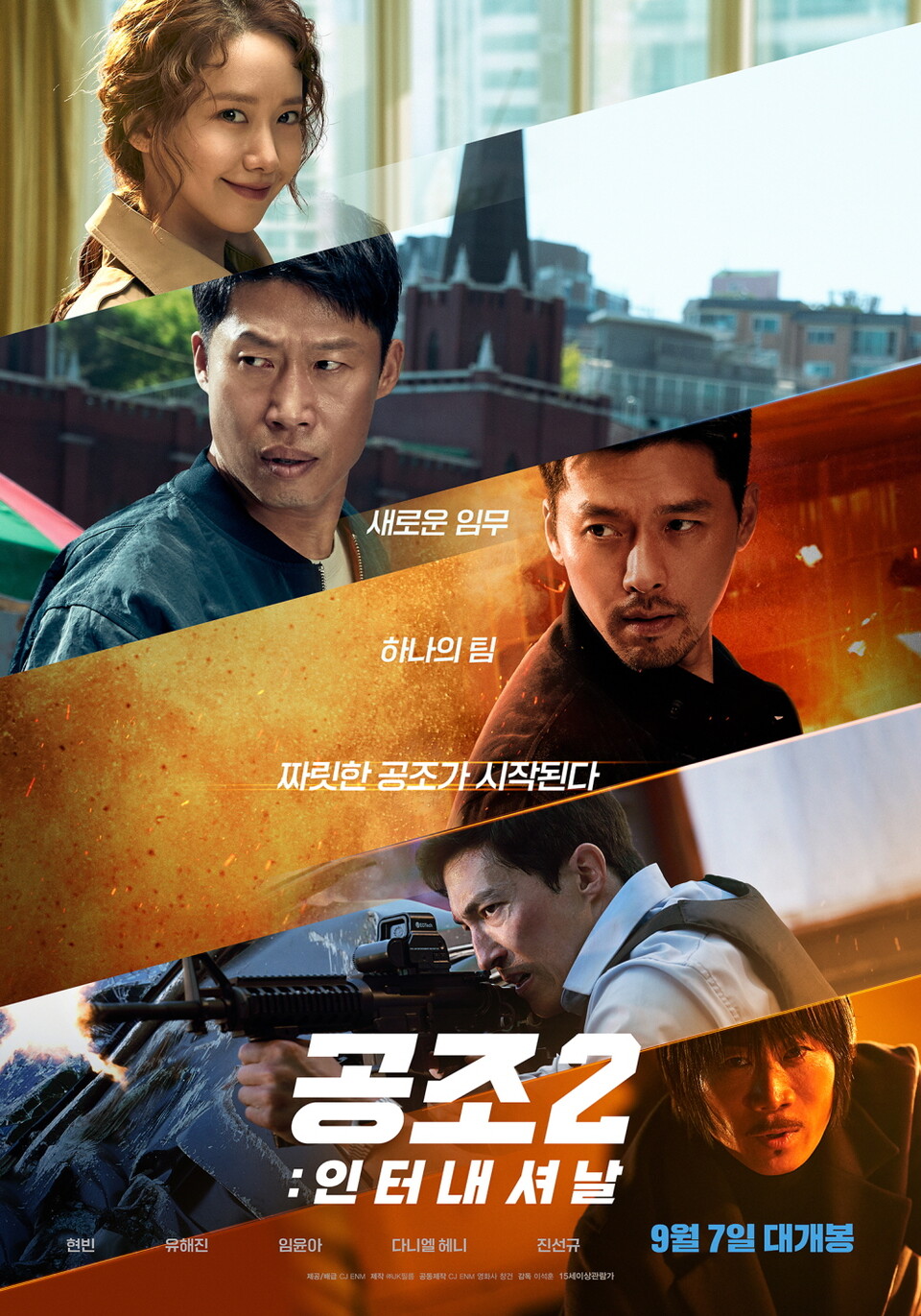 The teaser that was released along with the poster evokes laughter with the appearance of Park Min Young, who is excited that Rim Chul Ryung is back. Her sister park So Yeon (Jang Young Nam) asks, “Who did he come to catch this time?” Park Min Young is way off the mark as she wonders, “Is he coming to catch me?”

This time, Rim Chul Ryung and Kang Jin Tae are joined by Jack, and they must cooperate in order to find Jang Myung Joon. They’re off to a rough start as Jack claims, “He’s my suspect now.” Rim Chul Ryung grabs him by the shoulder, and Kang Jin Tae comically says, “Hey. Hello, hello. Excuse me.” It will be intriguing to see how the three of them form an unlikely bond to become the perfect team.

Check out Hyun Bin and Daniel Henney in “My Lovely Sam Soon” below!