Oh My Girl’s Arin Describes Similarities With Her “Alchemy Of Souls” Character, Drama Genre She Wants To Try Next, And More

Oh My Girl’s Arin has shared her thoughts on her recently concluded drama “Alchemy of Souls”!

Penned by the famous screenwriting duo known as the Hong Sisters, tvN’s “Alchemy of Souls” is a fantasy romance drama set in the fictional nation of Daeho, and tells the story of characters whose fates become twisted due to magic that swaps people’s souls.

Arin portrayed Jin Cho Yeon, the most popular girl in Daeho and the youngest daughter of the Jin family. Despite her glamorous and elegant appearance, Jin Cho Yeon is immature and pure-hearted soul with a childlike innocence, and only has eyes for Jang Wook (Lee Jae Wook).

“Alchemy of Souls” aired its Part 1 finale earlier this week, on which Arin commented, “As I tried to prepare to send off the project I was with for the long period of around one year, I felt very sad and in disbelief that it was over. Since it’s my first official drama, I had a lot of affection for it and feel regretful. However, I think a lot of viewers watched ‘Alchemy of Souls’ enjoyably so I feel proud and happy.” 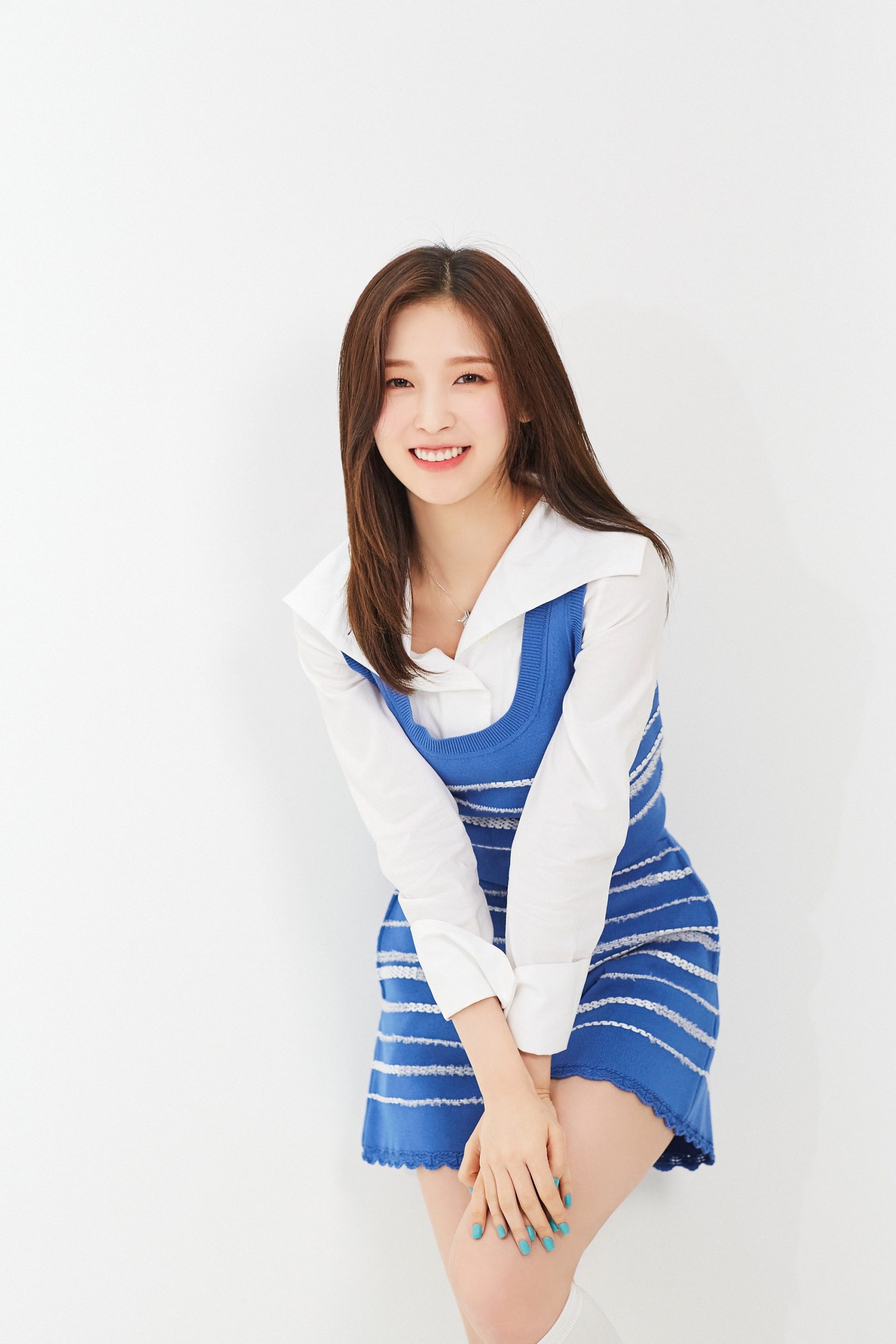 To describe Jin Cho Yeon, Arin shared, “Cho Yeon’s greatest advantage and charm is that even when she whines, you don’t dislike her and she appears rather lovable. Because of that, rather than give meaning to my lines, I instead tried to empty my thoughts and see them as they were. Even if she says something harsh to Mu Deok [Jung So Min], if it’s Cho Yeon, she would’ve said it with an innocent heart and without malice. I wanted those aspects of Cho Yeon to come out the most so I studied a lot.”

Arin elaborated on her similarities with her character, explaining, “While Cho Yeon is really immaturity in itself, I believe she has an innocence and loveliness that you cannot hate. Cho Yeon and I have differences but as time went on, I think we gradually became more similar.”

Arin continued, “Right from when they gave me the script, the producing director said, ‘I want you to act just as you are.'” Laughing, she added, “That was harder than I thought. At first, I had a lot of thoughts like, ‘what does it mean to be as I am? How do I have to express myself to be like me?’ But as I filmed more, my image comfortably came out, little by little. Gradually, I think it really naturally became Cho Yeon = Arin.”

When asked about a memorable anecdote from filming, Arin responded, “At the beginning, I had a scene with a lot of lines. Since it was a scene with a lot of actors, I was that much more nervous. I even messed up a few times so I was more nervous, but thankfully, Yoo Joon Sang and Park Eun Hye, who played my mother, gave me a lot of advice on set. That was the most memorable. Thanks to them, I was able to let go of my nerves and focus on filming. I’m really thankful.”

Arin also picked the most memorable scene, sharing, “The scene in Episode 20 where Cho Yeon and Dang Gu [Yoo In Soo] fight with Mu Deok and [Cho Yeon] gets sad over her father’s death. Even while filming, I cried a lot and it was a new feeling. Since it was a scene showing more deep and detailed emotions than Cho Yeon has expressed before, it was more memorable. I think it was a scene that captured a change in Cho Yeon’s character well.” 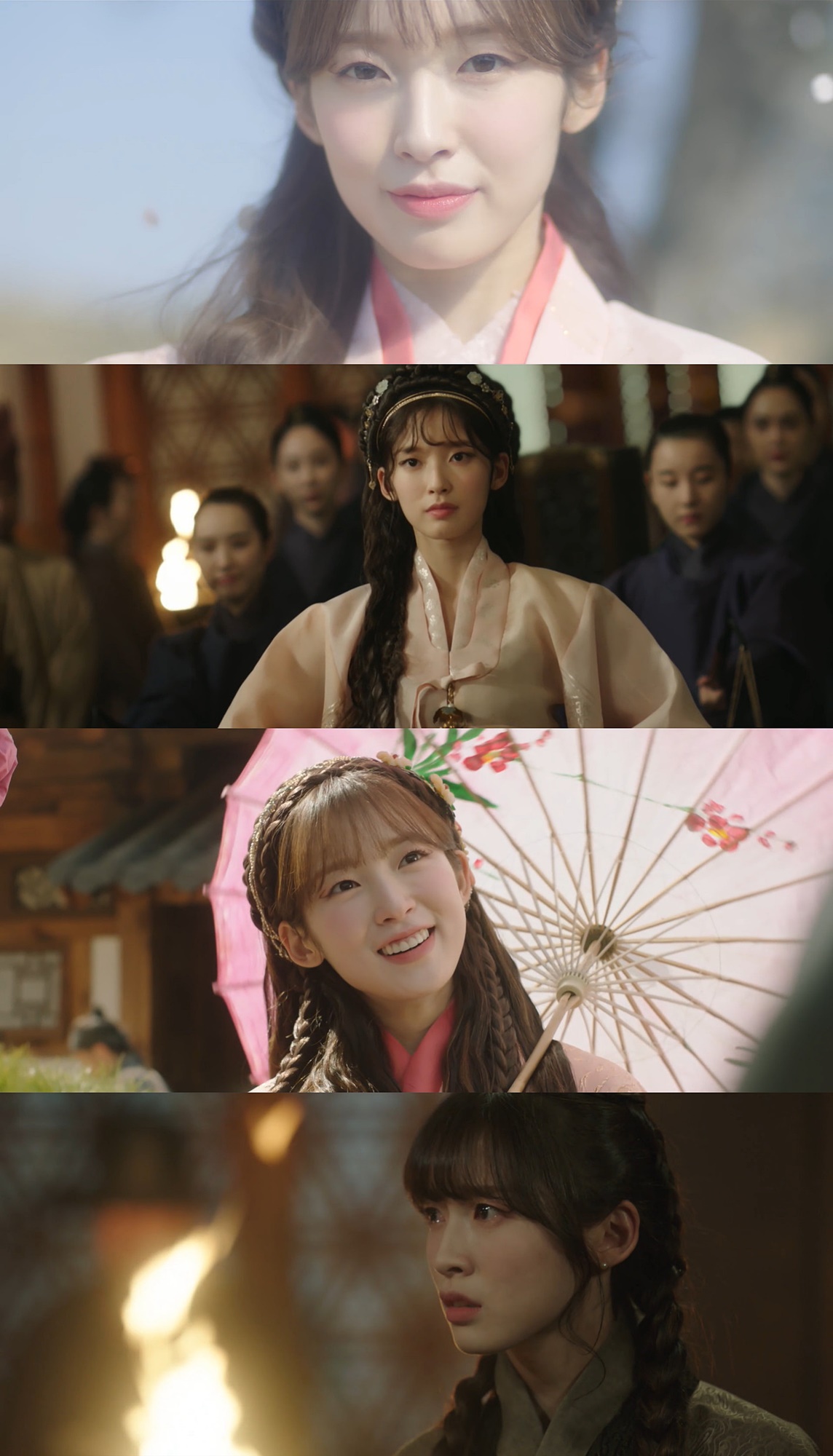 Looking towards future acting projects, Arin was asked what genre or characters she wanted to try out next. “I want to try a fun, sweet, and heart-fluttering romantic comedy,” Arin answered. “I’ve seen and enjoyed a lot of dramas and movies of the romantic comedy genre. While watching, I’ve also thought, ‘would I do well too?'”

Laughing, Arin continued, “Through ‘Alchemy of Souls,’ I was able to give a slight feeling of a romantic comedy with Dang Gu but it was a lot harder than expected. I remember talking with Dang Gu about how rom-coms are the most difficult. However, because it’s hard, I want to do it one day. I want to grow more and try.”

To fans and viewers, Arin commented, “Thank you so much for loving ‘Alchemy of Souls’ and Jin Cho Yeon so much for the past three months. This was a valuable period where I saw, felt, and learned a lot. For the warm attention and support many people have given me, I will become an Arin who shows an even more matured image in the future. Please look forward to ‘Alchemy of Souls: Light and Shadow’ and Cho Yeon, which will return soon.”

“Alchemy of Souls” Part 1 aired its finale on August 28 to No. 1 ratings and the drama will return with Part 2 this December.

Start watching Arin in “The World of My 17” with subtitles below!

Oh My Girl
Arin
Alchemy of Souls
How does this article make you feel?