The sequel of “Honest Candidate” shared an exciting new poster!

The main poster captures Joo Sang Wook smiling meaningfully with a megaphone in her hand, and beside her, Park Hui Cheol is wearing a grim expression while posing with two fingers up. The duo, who showed fantastic teamwork in the first movie, will make viewers laugh with their hilarious teamwork once more as they come across new obstacles.

The text on the poster reads, “Double the fun! Double the laughter! Double the explosion of honest big mouths that cannot lie!” Fans are also ready to see what kind of roles Seo Hyun Woo, Park Jin Joo, and Yoon Doojoon will play in the movie. 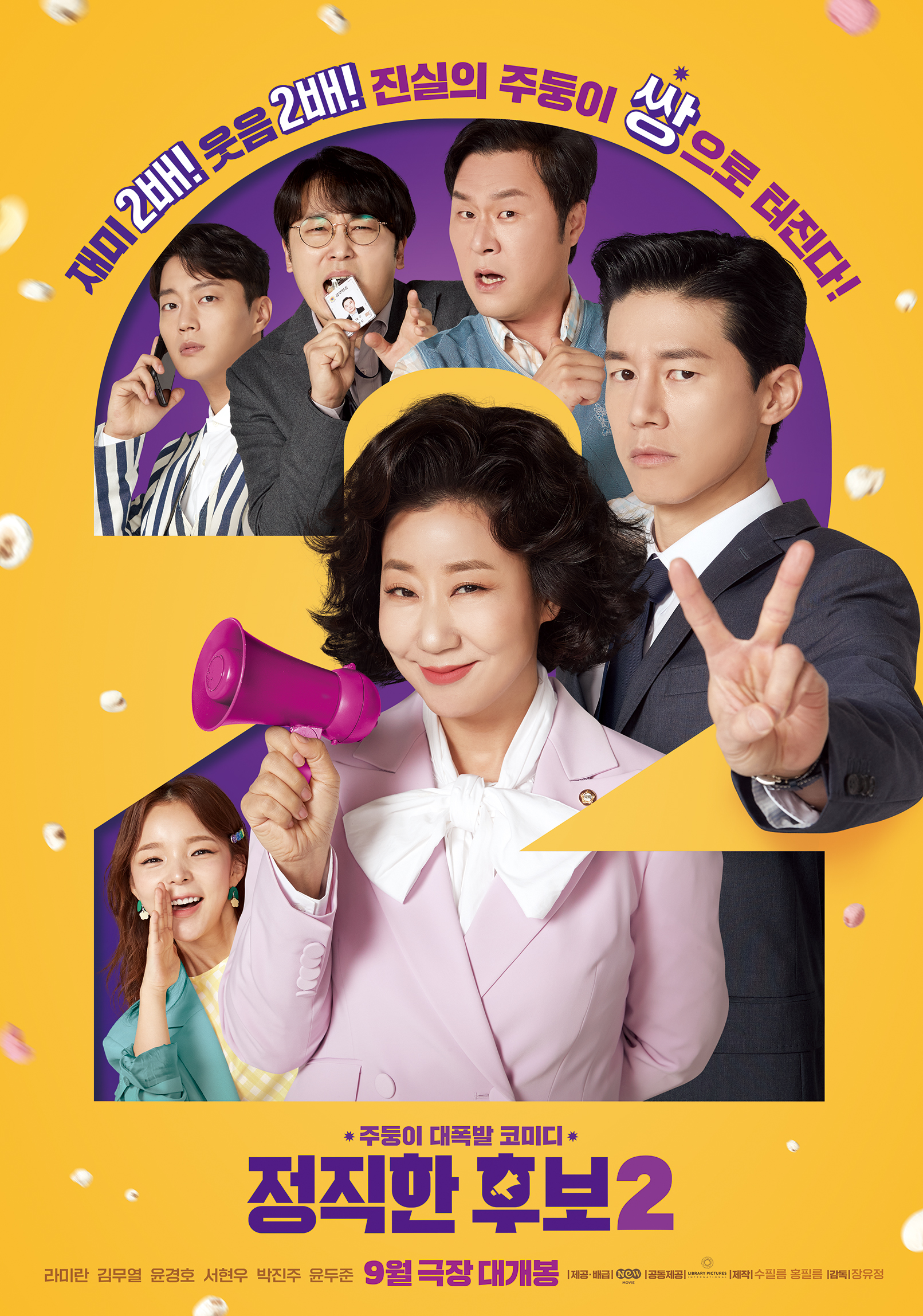 “Honest Candidate 2” hits theaters across Korea on September 28. Check out a teaser here!

While waiting, watch the first film below!