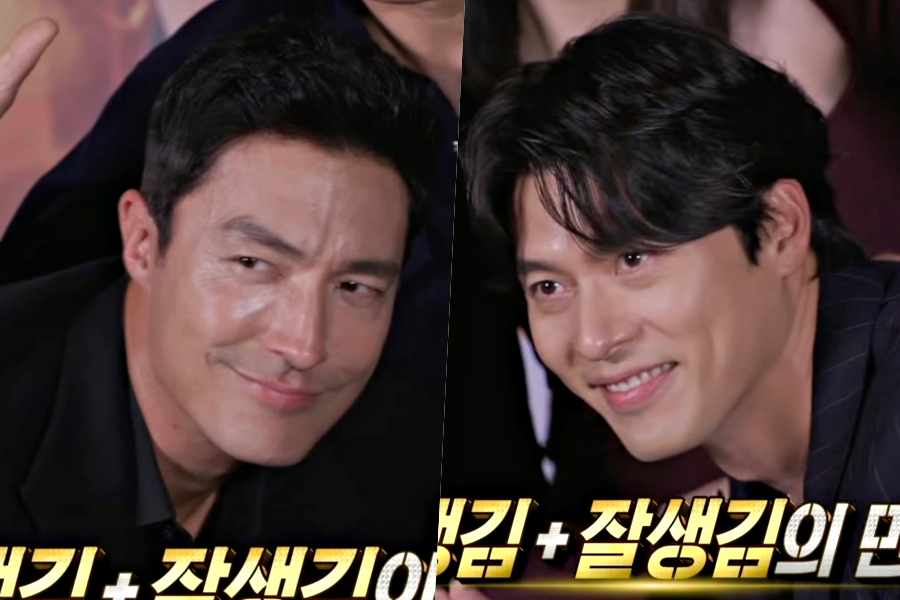 Watch: Hyun Bin And Daniel Henney Show Off Their Friendship In “The Manager” Preview

Get ready for a glimpse of the real-life chemistry between the cast of “Confidential Assignment 2: International”!

On September 3, MBC’s popular reality show “The Manager” aired a preview of its upcoming episode, which will feature Daniel Henney as a guest.

The newly released preview begins with the panelists of “The Manager” marveling at Daniel Henney’s good looks before introducing viewers to the actor’s manager of 17 years. As the clip shows the star diligently working out, his manager remarks in voice-over, “As an actor, he takes good care of himself.”

After the preview reveals flashes of his co-stars Girls’ Generation’s YoonA, Yoo Hae Jin, Jin Sun Kyu, and Hyun Bin behind the scenes, Daniel Henney touches on his real-life friendship with Hyun Bin, who previously starred alongside him in the 2005 drama “My Lovely Sam Soon.” “Hyun Bin and I are close,” says the actor.

For a closer look at the friendship between the two stars, catch the next episode of “The Manager” on September 10 at 11:10 p.m. KST!

In the meantime, check out the new preview below:

While you wait for next week, you can watch Daniel Henney and Hyun Bin in “My Lovely Sam Soon” with subtitles below: