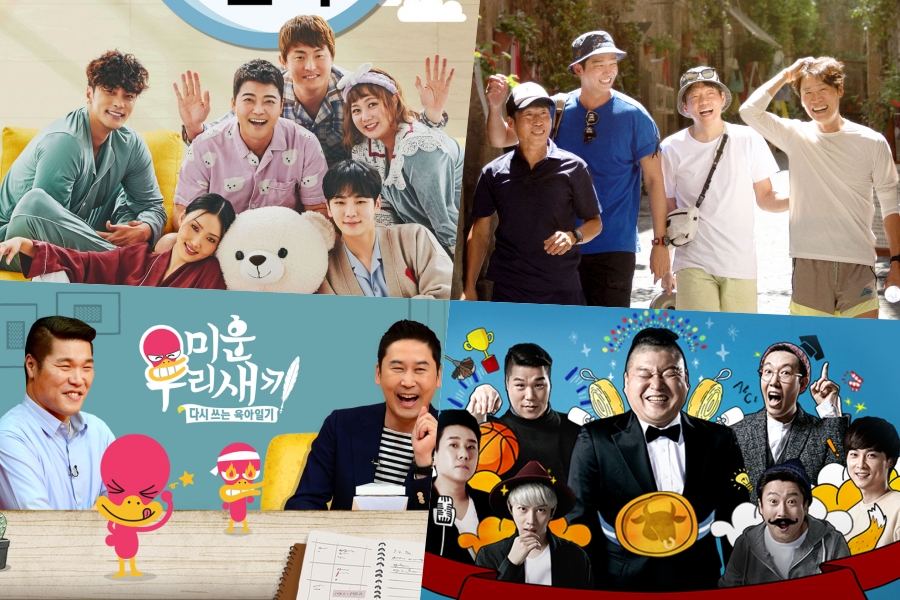 The rankings were determined through an analysis of the consumer participation, interaction, media coverage, community awareness, and viewership indexes of 50 popular variety programs, using big data collected from August 4 to September 4.

tvN’s “Europe Outside the Tent” shot to second place after enjoying an impressive 120.28 percent increase in its brand reputation index since August, bringing its total score to 4,335,654 for the month.

KBS’s “National Singing Contest” climbed to third place for September with a brand reputation index of 3,923,476, marking a 57.11 percent rise in its score since last month.

Finally, SBS’s “My Little Old Boy” and JTBC’s “Knowing Bros” (“Ask Us Anything”) rounded out the top five at fourth and fifth places respectively.

Check out the top 20 for this month below!

…and “Knowing Bros” below!