On September 5, the two appeared on Highlight’s Lee Gikwang’s radio show “Music Plaza” to promote their drama. Based on the hit web novel of the same name, “The Law Cafe” is a new KBS drama about Kim Jung Ho, a genius former prosecutor-turned-libertine landlord, and Kim Yu Ri, the eccentric lawyer that becomes his new tenant when she opens a “law cafe” in his building. The series marks the highly-anticipated reunion of Lee Seung Gi and Lee Se Young, who starred in the hit drama “Hwayugi” together four years ago.

Lee Seung Gi started off by saying, “For the first time in 18 years since my debut, I finally got a role like this. I wanted to take on a ridiculously smart, genius character but didn’t get any offers all this time. I couldn’t let the opportunity go by.”

The two touched on how the drama required them to acquire a new set of vocabulary. Lee Se Young said, “I would get the order of words mixed up and struggled because I was unfamiliar with the words.” Lee Seung Gi added, “The foundation of Korean law is an interpretation of German law. I think there are parts that are difficult to interpret in Korean. So there’s a difficult aspect of applying legal terms in a simple and direct manner in Korean.”

Between dealing with legal terms and acting in historical dramas, Lee Se Young chose the former, saying, “I think legal terms and medical terms are harder because I don’t use them for my usual projects.” Lee Seung Gi agreed, saying, “Legal terms are really difficult. There’s also pressure to not get them wrong because it has to do with law.” 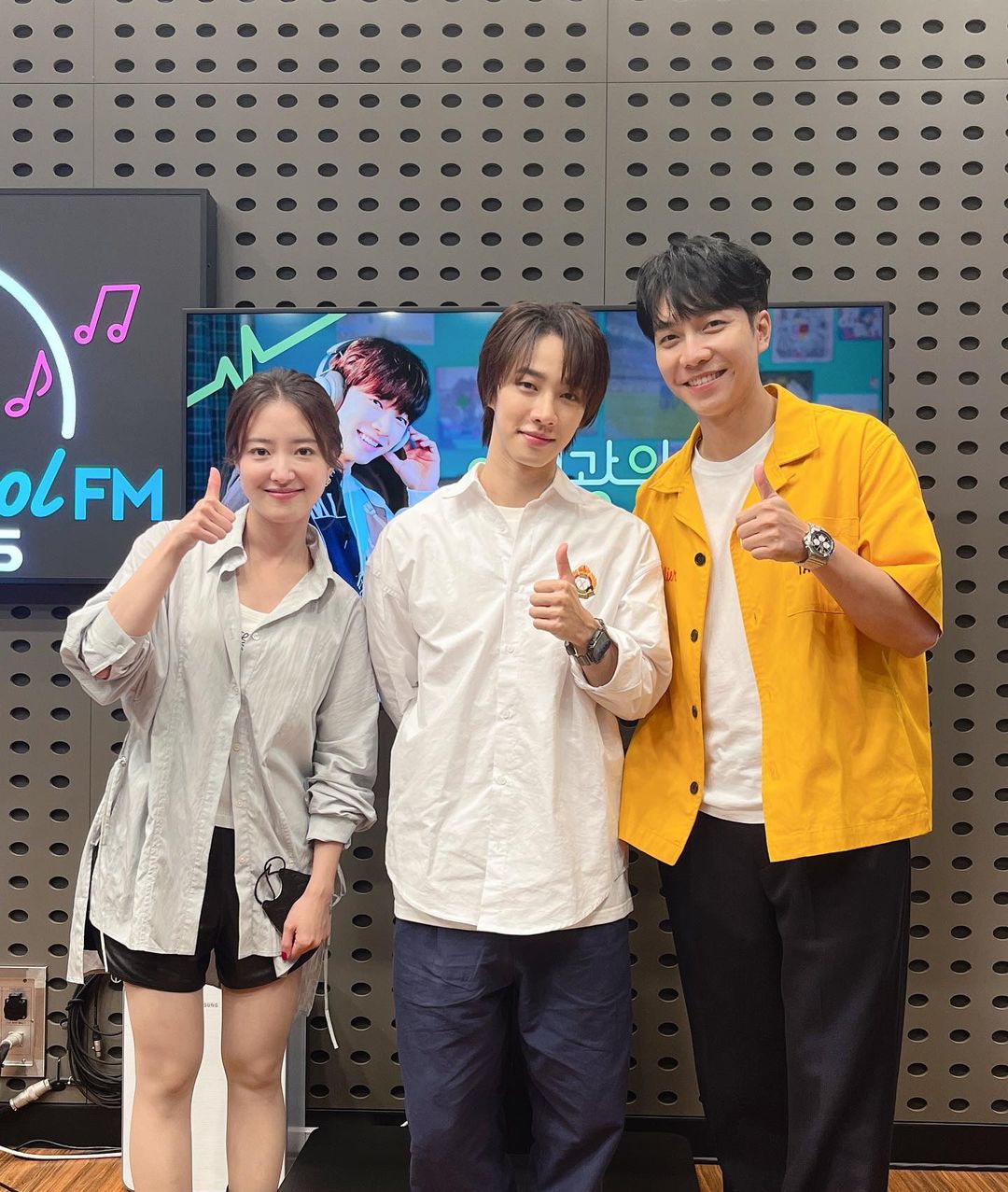 Lee Se Young also commented on how similar the on-screen character of Kim Jung Ho is to Lee Seung Gi, saying, “They’re almost 100 percent in sync. [Lee Seung Gi] has good memory and is smart. He has something genius about him.” After Lee Gikwang verified Lee Seung Gi’s genius, the actor said, “I think this is why [they say] to study hard in school. In general, I’m pretty logical, and I say what I want to say like Kim Jung Ho.”

Lee Seung Gi then compared Lee Se Young to her role of Kim Yu Ri, saying, “Kim Yu Ri as a lawyer is the epitome of optimistic energy. I think that’s pretty similar with Se Young. She’s energetic and goes around helping people with her overflowing energy.”

Lee Seung Gi added, “I really appreciate her abundant energy. In this industry, there are people who get really hyper out of nowhere when they’re too tired. I get concerned when she gets energetic at noon. I wonder, ‘[She’s like this] already?’ since we have to film until late into the night. But she suddenly calms down, and then she becomes hyper again.”

The pair reflected on this being their second time working together. Lee Se Young said, “It’s comfortable now, but it was a bit difficult in the beginning. In ‘Hwayugi,’ I was first a zombie that stayed at his place and then turned into a villain. I had always treated him with respect, so a role like that was difficult to pull off. I told him he has such a good personality to work with and that he was an amazing partner. I want to work with him again. I’m not sure what his thoughts are though.”

Lee Seung Gi responded, “Most actors don’t like other people getting into their business or talking while they act, but Se Young was very open-minded and flexible. I felt like I could learn from her.”

Lee Se Young also thought of a fun story related to the first time she met him, sharing, “When he got an award in 2004 for ‘Delete,’ I was the one announcing it. When I opened the cue card and saw his name, I got flustered because I didn’t want to say just his name since that would be informal. So I ended up awarding it to Lee Seung Gi’s ‘Delete’ instead.”

Lee Seung Gi had a memory of his own to share, saying, “I felt like she was really bright and refreshing. She didn’t feel like an old-timer. She’s not what you would expect after hearing about her accomplishments.” 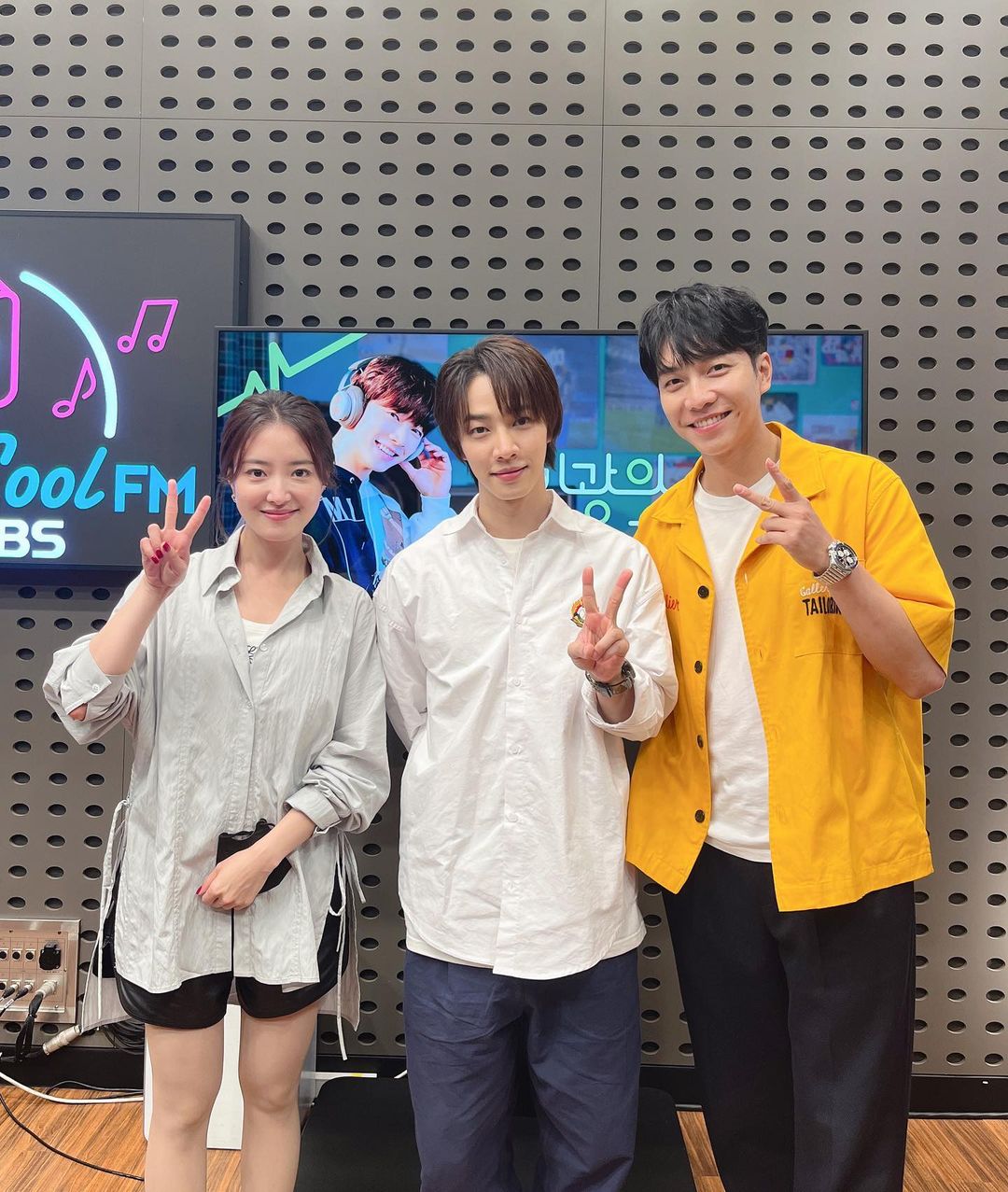 Wrapping up the interview, Lee Se Young said, “I always feel like I debuted yesterday. The one that keeps me grounded is always Lee Seung Gi. I ask a lot of questions, and we discuss many things.”

Lee Seung Gi added, “When it comes to romantic comedies, I think the chemistry between actors and what they add to it are more important factors than doing exactly what’s written in the script. In that sense, I think Se Young and I are on the same page. The script is great, but our end results often ended up being more natural.”

If you haven’t already, catch the first episode here!